I started this week by preparing a broken model of the dropship, so the players will be able to blow them up spectacularly and making collider models for the broken pieces. After that I carried on by adding more skins for the player outfits – the latest additions are Spartan and Roman like skins.

I prepared some more cloth outfits and a few junk armour pieces. I also added a camouflage skin for the fine metal armour.

I’m still playing around with the dropship NPC, I even did some work on it through the weekend. Here are some key points:

This code may be used for future flying NPCs so it’s not good to spoil this fun by writing bad code. I can show you this clip of dropship destruction:

Clouds are now animated/translated troughout the playable area using flowmap. A flowmap is basically a texture filled with various colors. Each pixel describes a movement vector by extracting red and green component of the pixel. The computation looks like this:

We’ve used Teck’s FlowMap Painter to generate nice and smooth flowmaps which can be easily imported in your Unity project. Check his other work aswell. 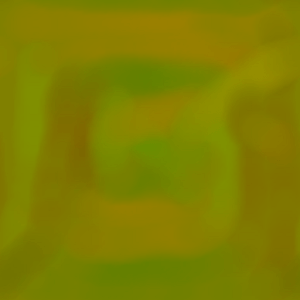 Cloud system is being spawned by a custom pooling solution, the only thing left is to create some weather scenarios – cloudy and less light, rain and storms. We can do this by changing the flowmap (which has more aggresive vector field) in real time.

So we can conclude that a flowmap is a vector field.

This week my time was invested in creating Controls Menu. Finally some UI quirks that will put the whole game together nicely. First thing that comes to mind, when creating Controls Menu is KeyBinding, which lets user choose custom keys with Key Definition – KeyCode pair. We decided not too use Unity default KeyBinder-Input Manager and use our own system with .ini file that has [name, description, category, defaultKey, playerKey] connections, which gives us more freedom from the get-go.

With the swamp biome on the horizon, its time to spice it up and make the biome look distinguished from others. Currently I’m playing around with different color palettes to give the biome a specific atmosphere. Colors combined with all the right assets will create a really unique environment for the player to explore. Swamp biome will be littered with small ponds and tall trees. The flora will be very lush and the combination of huge trees and roots everywhere will create a very dense looking biome. We’ll also include swamp specific critters and animals, but we still have to brainstorm what would fit, any suggestions? Below is a collage of concept sketches of assets that will be added in the biome. 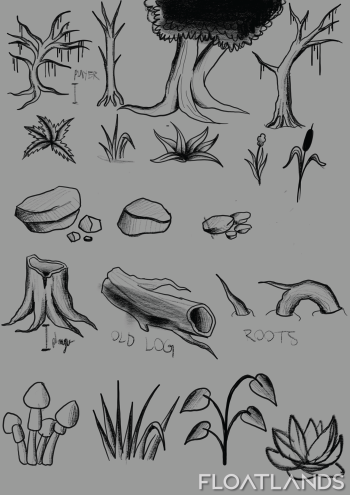