Skies in the game are empty so I started working on some more details, the first was adding some splats and details to the “cloud” cubemap, the second change is a cloud system with a pooling mechanism. When a cloud prefab hits something (e.g. an island) or is out of bounds it shrinks and is then sent back to pool ready to be reused. The system needs some more prefabs and more movement logic to it – cyclones (read: vector field) anybody? 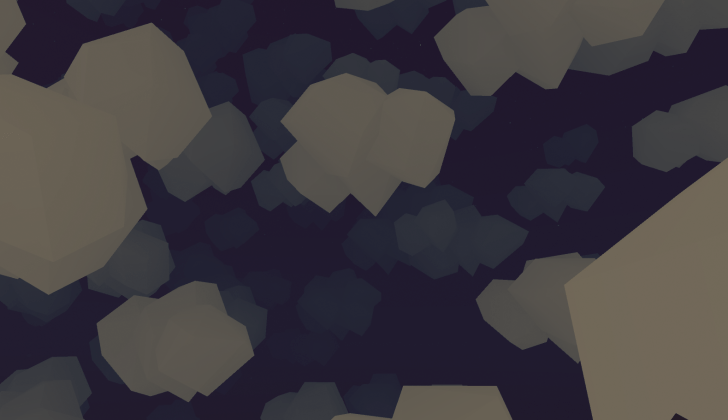 I’ve been working on a new ‘feature’ for the game – World Map. With this I have removed our initial idea of compass since you can now use your map to guide yourself troughout the world. The idea was to map out all islands with their positions as an icon but then noticed scaling and precision problems so I took another way of doing a world map. 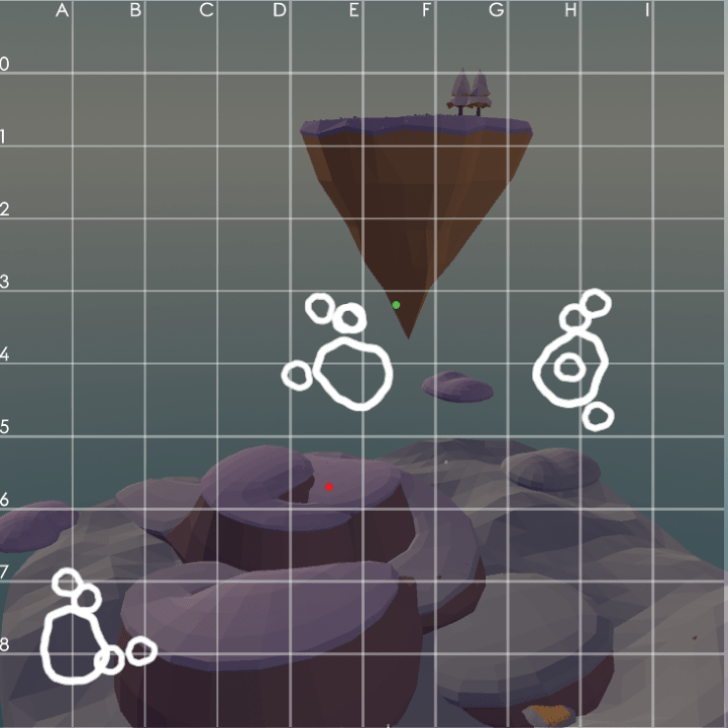 The idea was to render the visible world to a rendering texture using ortographic (2D) camera. I had alot of problems zooming in, aligning the grid and moving the whole map with the mouse. The end result is great and intuitive. 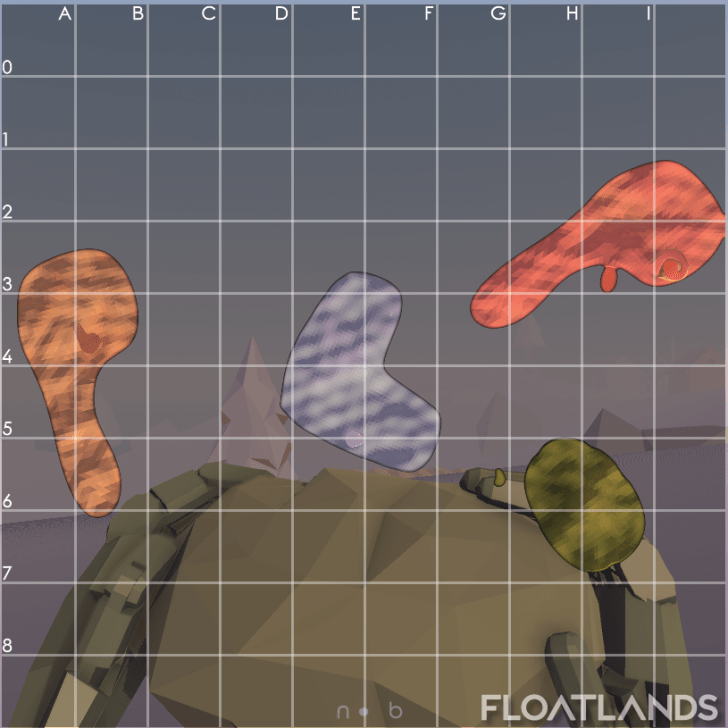 The map texture also has an edge detection algorithm on it for some image effects. Note that render texture can be wiped out when changing the level or programmatically pausing the whole application. 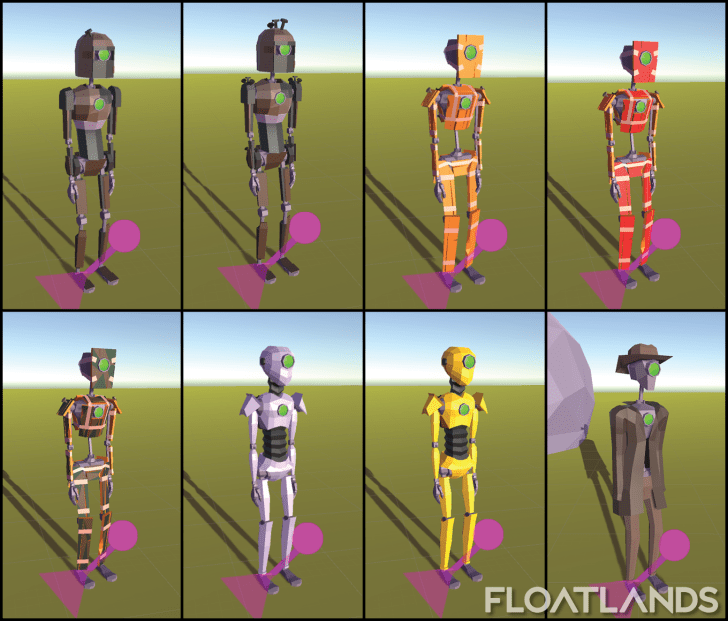 I’ve decided to take a short break from all those numerous player armour sketches and to break the monotony I’ve started researching concepts for the next biome. The next in line is a dense swamp biome. Below you can see couple of speedpaintings I did of the enviroment. I’ve also experimented with different color palletes to portray a specifit mood for the biome. 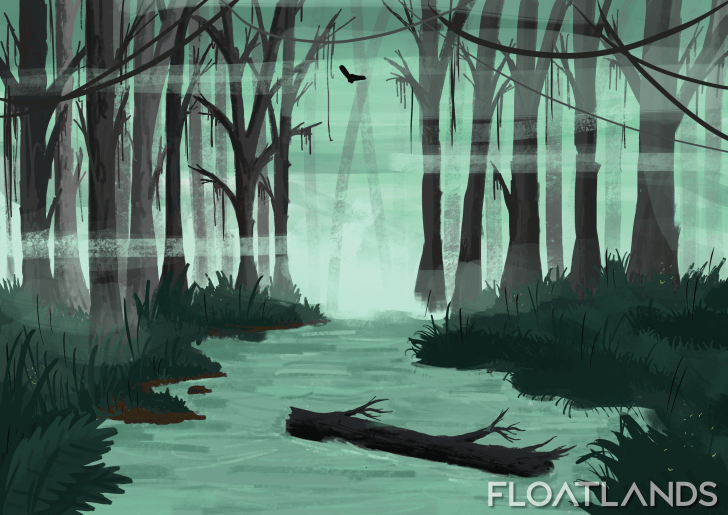 Those type of islands will be covered in thick mist and tall and lush trees. Trees will have huge roots poking out of the ground, and long willow tree like branches. On the ground you’ll find swamp biome specific foliage and wildlife, and the landscape will be littered with ponds. 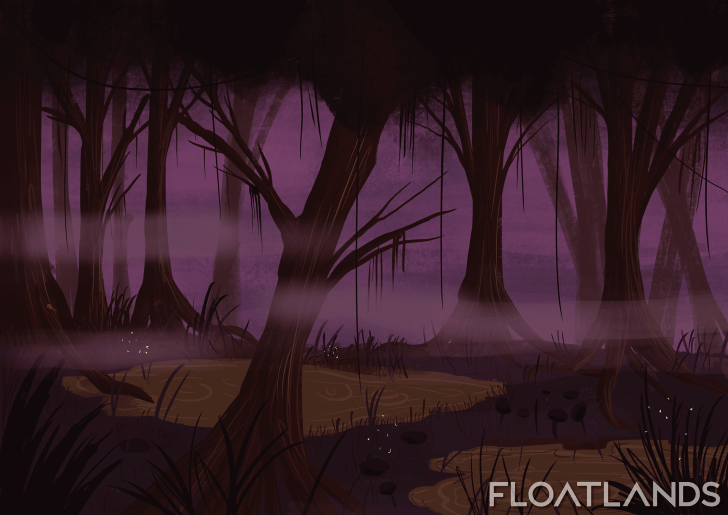 Scouting drone has finally got its smooth flaps movement. It is correlated with its speed – at desired speed flaps are perpendicularly to the line of drone sight, with speed increase they move backwards and with speed decrease they move forward.

I got back to working on dropship movement, since it still needed some smoothness to it. It’s almost finished, so I can show you a bit of a sneak peek. Mostly I worked on tilt movement, PID controllers (Vector3 and Quaternion PID controllers) and cleaning up the code. Remember that this is still a WIP, but here is a short animation showing how it lands on an island.