Humans of Floatlands in action

I’ve started working on Humans of Floatlands aspect of the game – friendly zones on the islands that provide you with loot, quests, vendors and perhaps a little bit of action. Andrej did an excellent job modeling ‘Farmers’ buildings and my job was implementing them in the world. 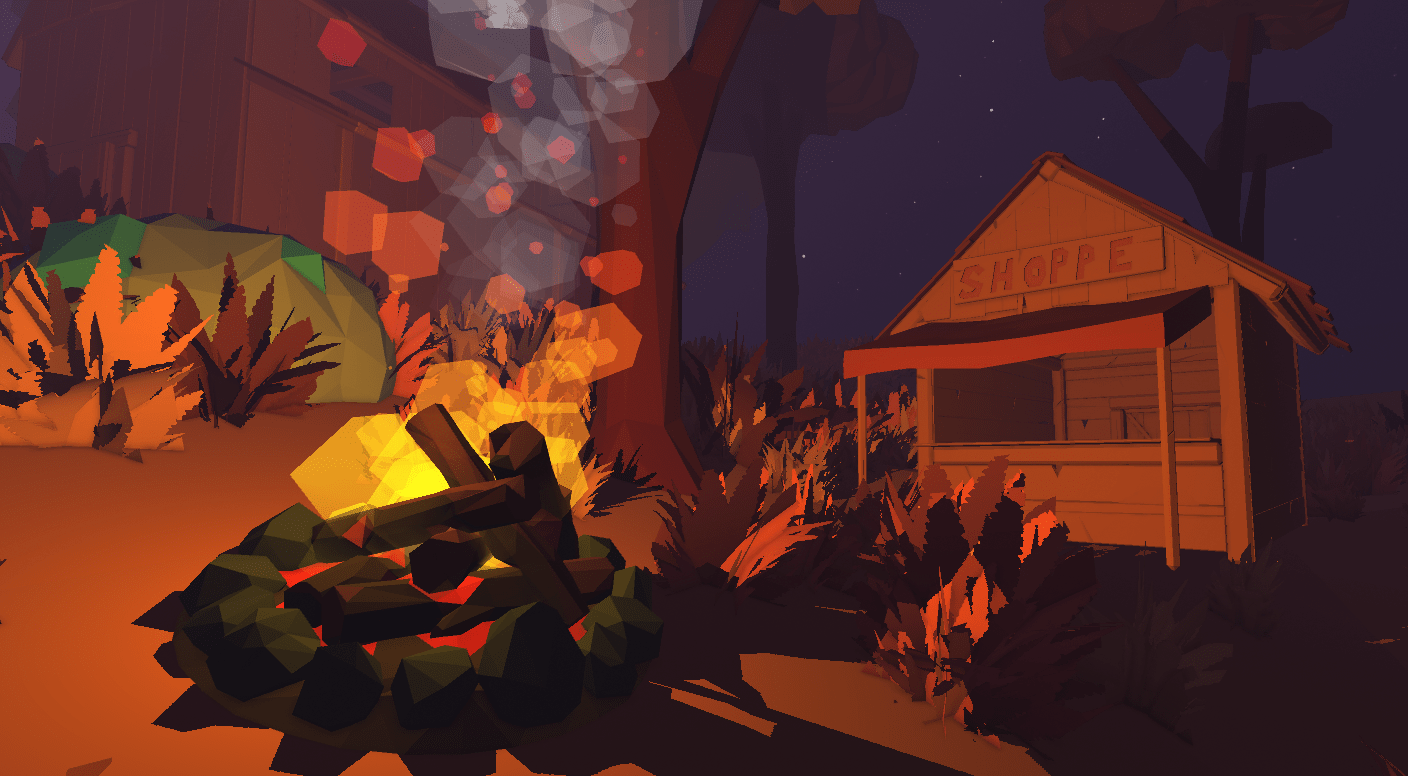 The hardest thing is placing buildings, since they are large meshes that need to fit perfectly on a bumpy terrain. I wrote an algorithm that bruteforces an optimal position and rotation of an object to be placed on a terrain. It also checks if it collides with other objects so we don’t have any weird placements inside other buildings. Next up: spawning various props, spawning NPCs, vendors and quest givers, loot spawning. A quick preview of how it works so far:

Continuing with the humans of Floatlands, I started to work on props that will spawn in the farming villages to add detail and make it feel more genuine. Haystacks, bales of hay, wooden barrels and carts are just some of the objects that you will find lying arround on a farm and will be placed around the proceduraly generated villages by Domen.

I also made some assets for the electric system that Vili is implementing. These are various devices that generate, use or store electric power and connect together with cables, so I had to make connecting ports that will be placed on the devices and have wires plugged into them. 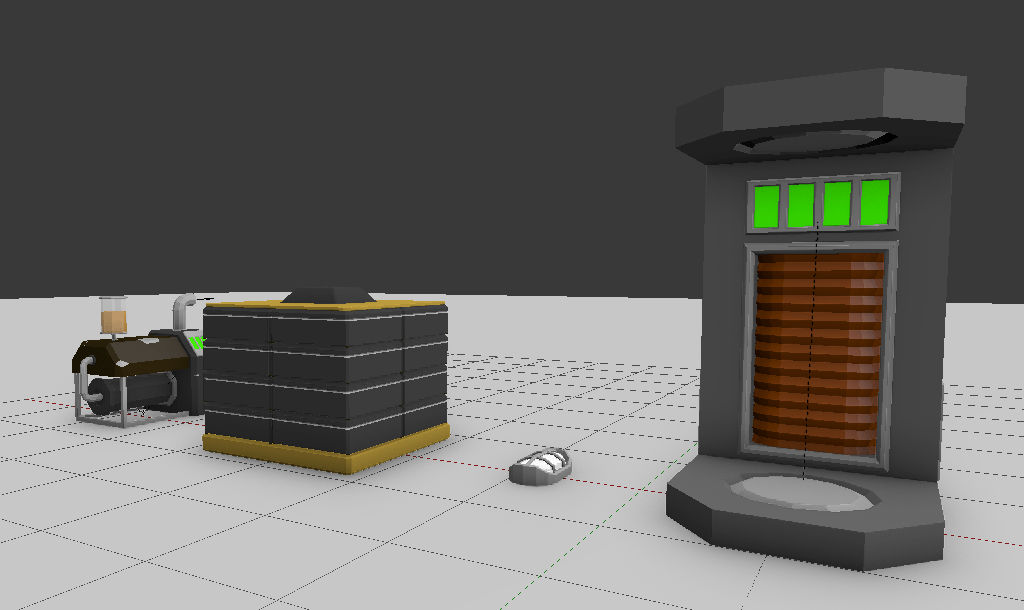 Every device has a battery – there are two kinds of batteries: external and internal. External batteries give up energy, internal are parasitic and they keep it for themselves (they don’t send it back to the network). Generators and storages have external batteries, electricity users have internal battery. Electric nodes/devices also have a transfer rate, which tells you how much energy they can transfer in one second. An example of what can be done so far with a battery, generator, 4-switch and a light:

Vili is currently working on electricity which we will add to the game very soon. He asked me and Andrej to come up with some concept sketches and some prototype 3D models. Since the electricity is still work in progress these presented elements will most likely be just placeholders and will be a subject to change in the near future. Players will be able to use electricity to illuminate the shelters and protect them with turrets. You’ll even be able to rejuvenate yourself with some of the components. Below you can see some of the electricity elements, from various hubs and switches to batteries and fuel generators. These will all be connectable with the cables system that is already in place. 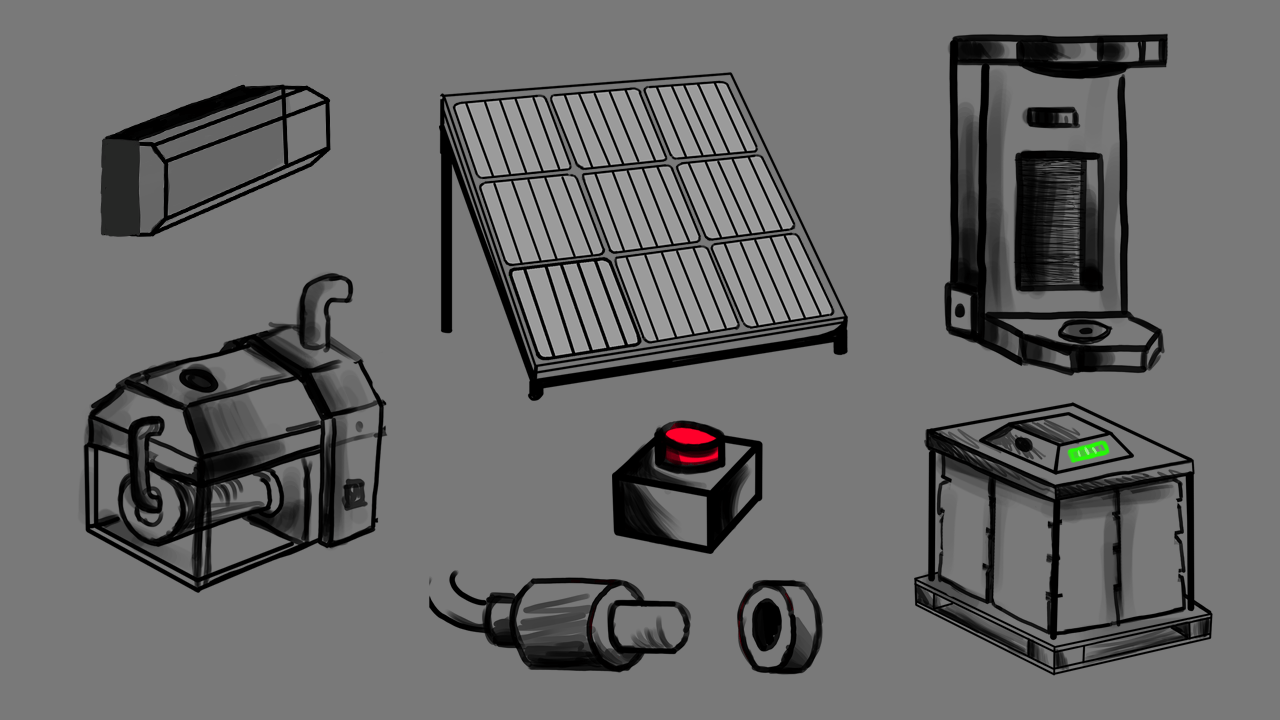 Since the electricity is still work in progress these presented elements will most likely be just placeholders and will be a subject to change in the near future.