I’ve focused primarly on optimizing and improving the floating islands. There is still work to do with adding new decorative nature elements such as tree stumps, tree trunks that are laying around the island and other eyecandy things.

I did alot of optimizations on the world itself. I’ve managed to bake together procedurally generated stones, grass and other combinable objects, programmatically created LODs for them and pack them with Unity’s standard LOD script/tool called LODGroup.

Here is an example of procedurally generated bunch of rocks with generated LOD levels for when being near or far with the camera/player (bear in mind the rocks behind the obvious changed one are static). The other thing I did was to create a more beautiful environment for the father islands – the biggest one you will encounter in the game. Andrej subdivided the mesh of a generic father island for me and then I ran a set of simplex noises over the terrain/top of the island. We are really happy with the results!

And how it looks in-game:

Until now, our scene/world was missing those little things that you don’t pay attention to, but they make the game experience better. So this week I was preparing various particle effects – some smoke and fire particles and a few dusty wind effects for different biomes. We also intend to add fireflies which will brighten up the night scene a bit. The efects were made with mesh particles, in order to work well with the poligonal look of the rest of the game instead of using the more traditional sprite particles.

I also started working on smaller critters that will inhabit the game, starting with a rabbit. The critters are similar to the other animals so far, but will be smaller and have less detail.

Recently we updated our build mode elements, but they still lacked windows and doors constructables to make the buildings look complete. So this week I implemented the missing elements and fixed some bugs. 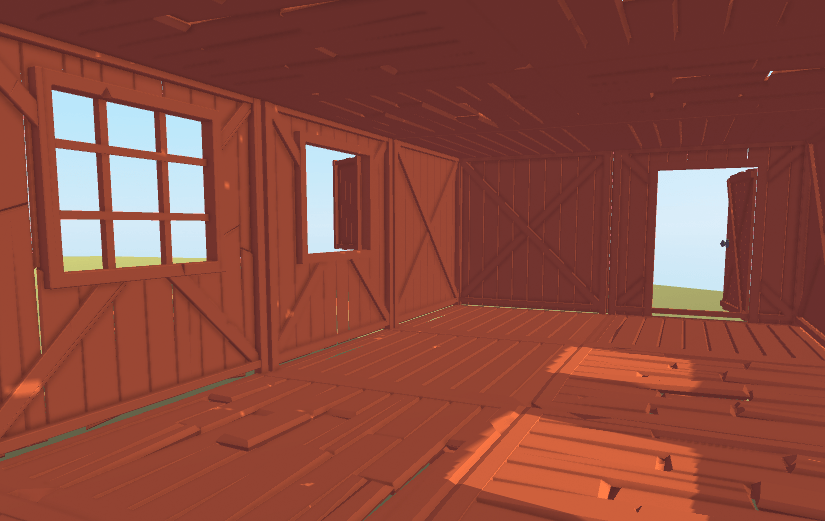 I also made it possible to interract with those, you can open and close them! Like all other elements, these can also be upgraded to higher tiers.

To further extend the world and add some variety, we will add new biomes. One of those will be a really dense and vast forest. To make everything seem diverse we had to come up with a list of unique assets to characterise the biome. Tall trees and lush foilage will populate these islands, and little sunlight will peak through the tree tops. Here’s a quick concept sketch: 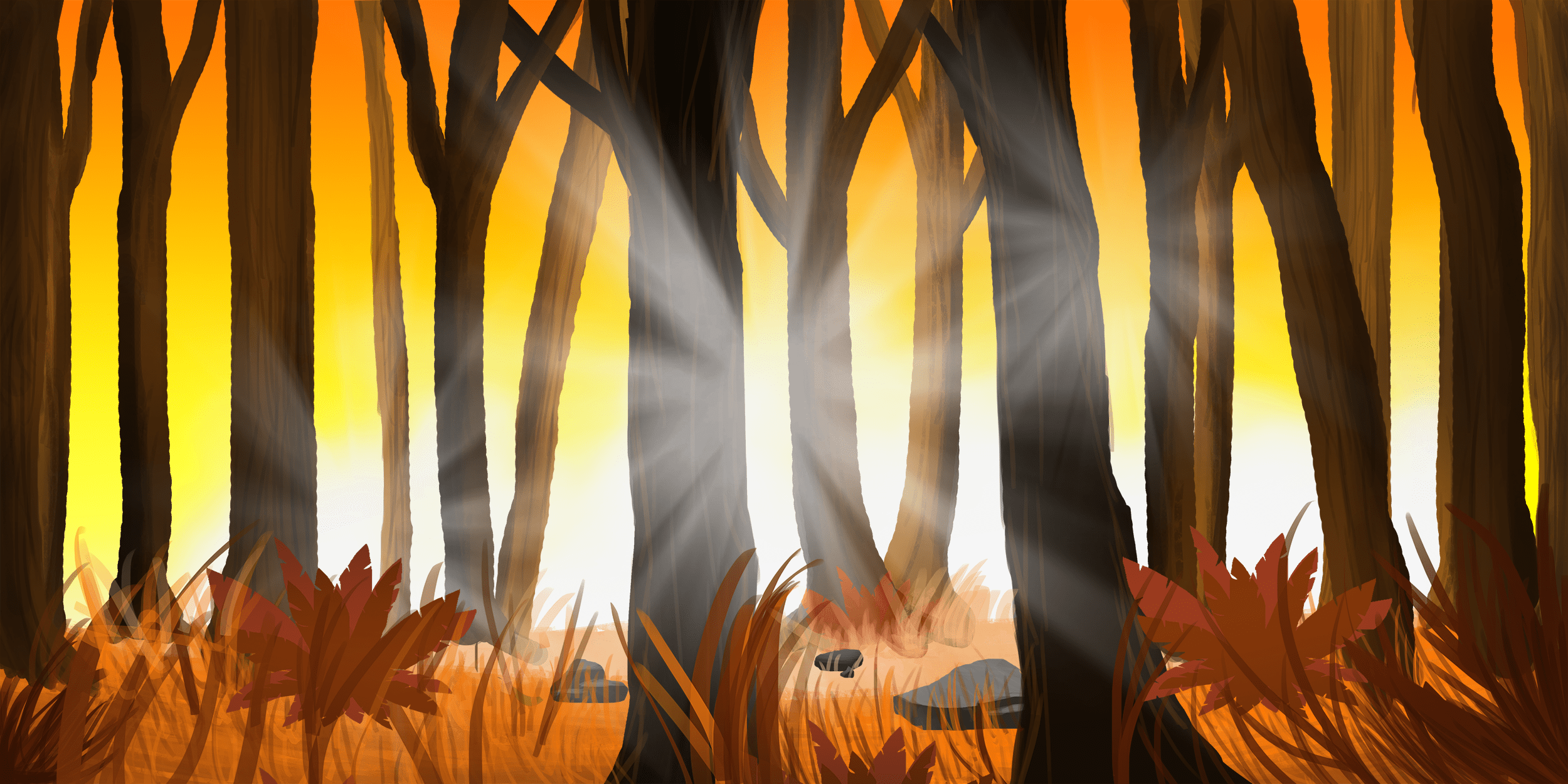 We played with the color palette to create a distinct mood, sun scorched grass and trees which will look very appealing once they’ll get added into the game. On the ground level you will find numerous rock shapes and sizes, tall grass and bushes and even new biom specific animals. 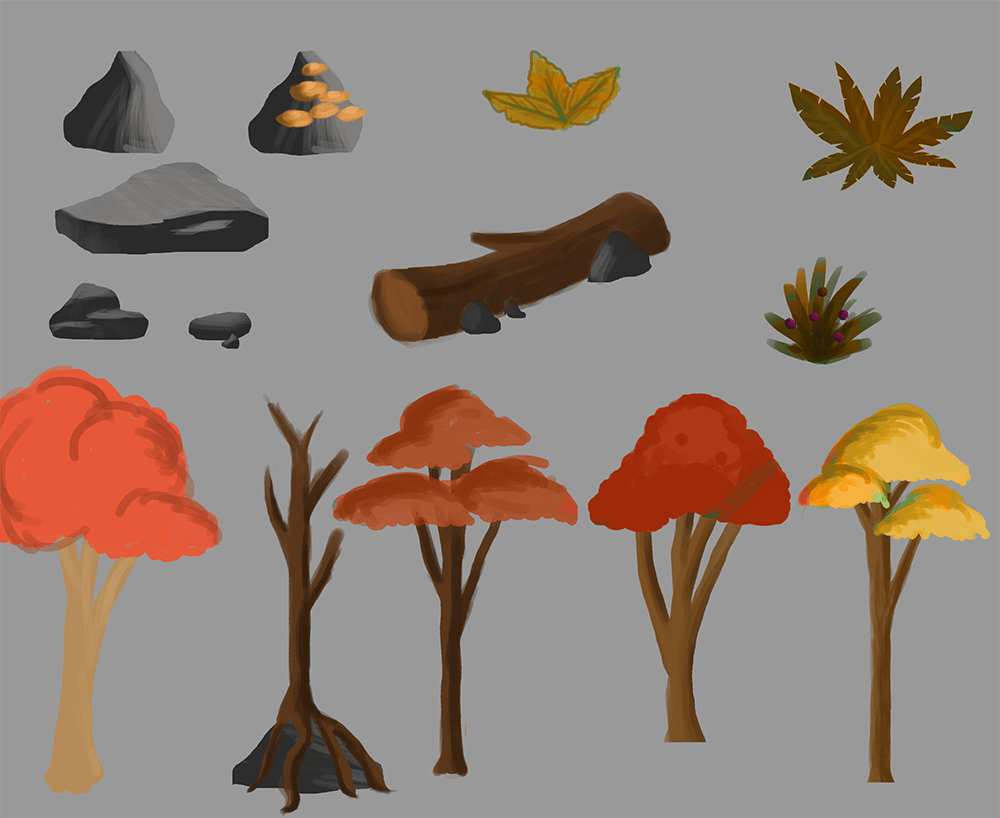