Humans of Floatlands: The Farmers, The Techies, NPCs.

Disclaimer: Please be aware that these ideas and concepts are a work in progress and will most likely subject to change.

To give Floatlands some more depth we have decided to add human NPCs in the game. NPC’s will be split into clans which will be scattered around the islands. You’ll learn more about the clans and their backstory as you’ll interact with them via quests. We sat down, wrote some lore and started defining the factions:

The first clan will be more traditional, simple farmers who have shunned technology, because they blame it for the apocalyptic event that caused the world to break into floating islands. They live simple lives, rebuilding their settlements and farming the land for survival. They are a closed community with strict rules that prohibit outside technology and exploring dangerous forts of Floatlands. 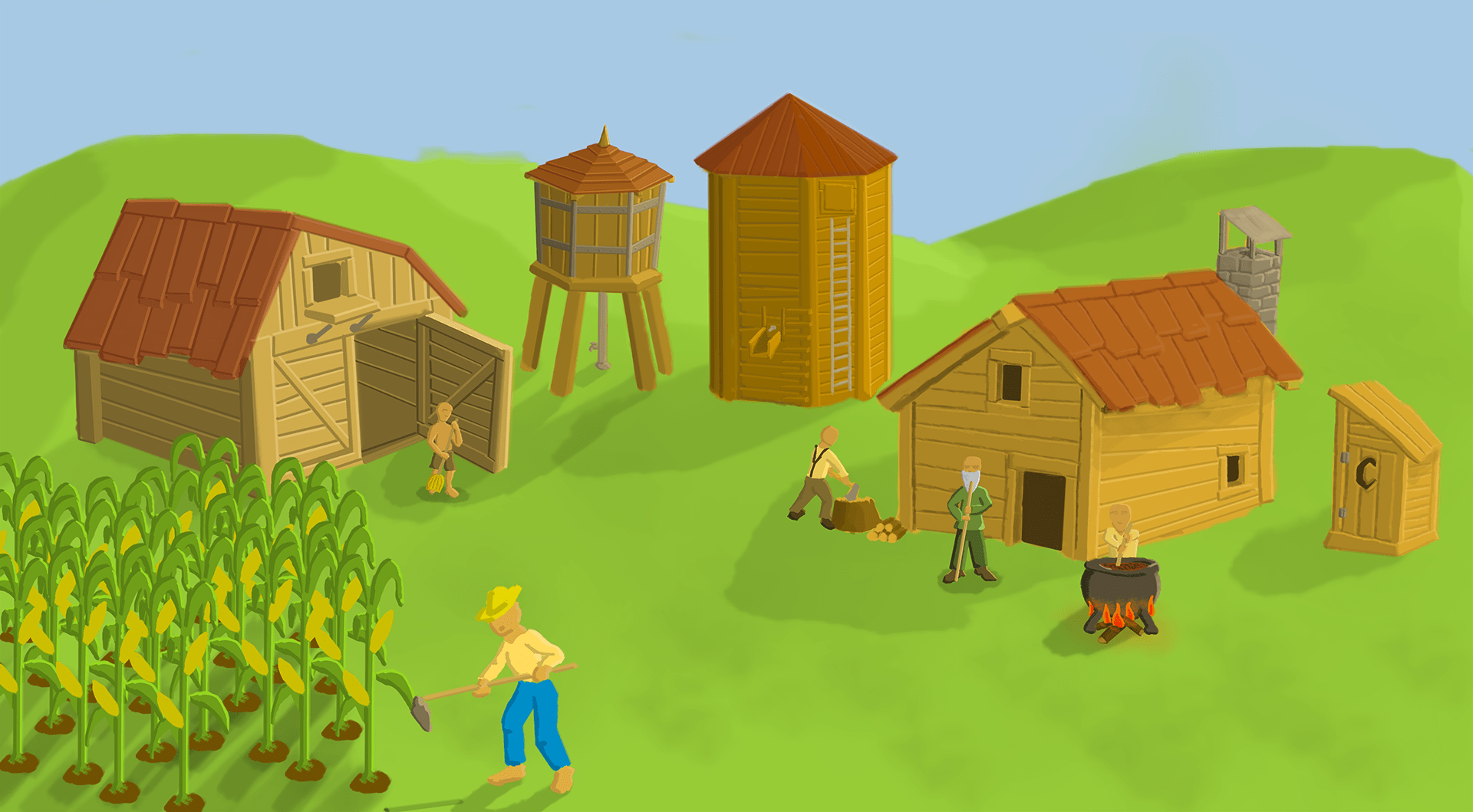 The “techies” will be a second clan you’ll encounter in the game. “The farmers” banished them from their settlement because of their reckless nature and progressive way of thinking. They are innovative people that want to simplify their life with the aid of machines and technology. After the split they found shelter in old factories which they rebuild and used as a center of their future settlement. The shelters and other buildings are constructed mostly out of scrap metal and concrete they managed to find in the area. For example, a settlement will usualy consist of several living shacks accompanied with a clan vendor shop, and of course a large factory complex. 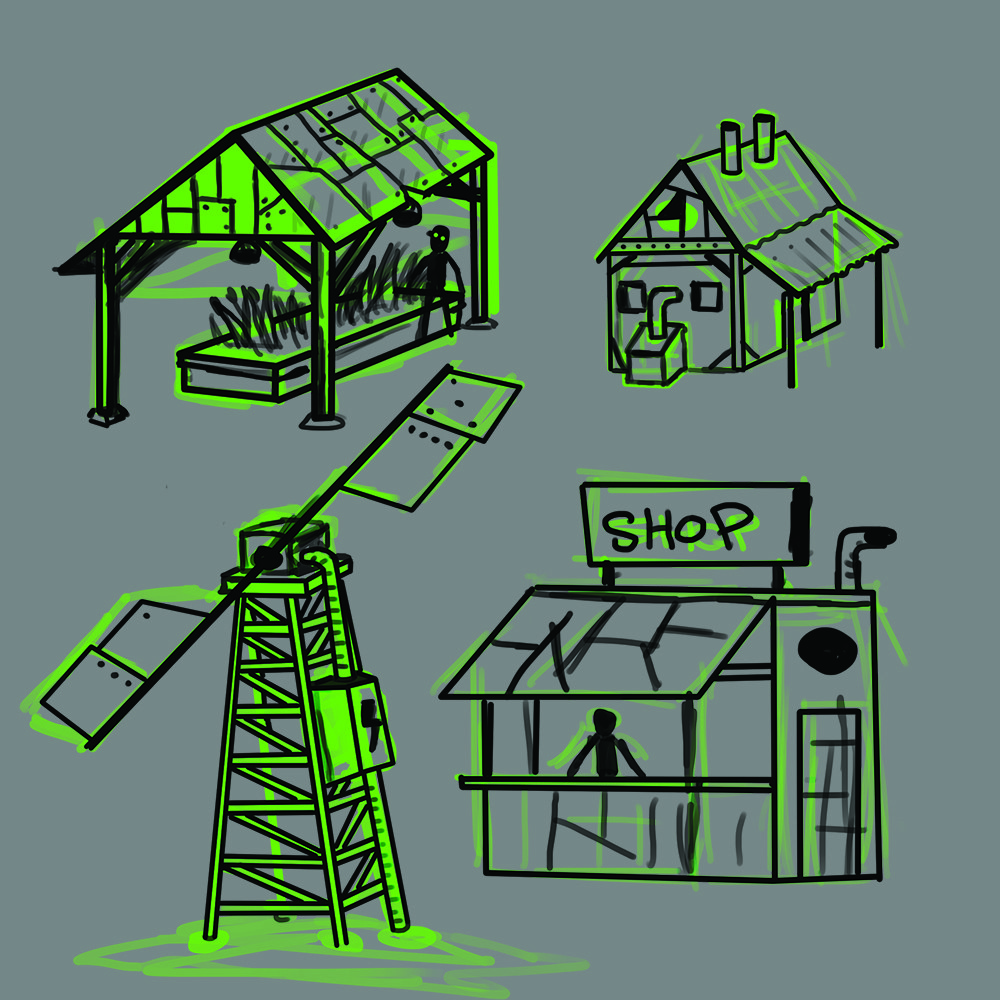 To make the settlement seem alive there will be several NPCs walking around and doing various tasks, some of them will even have quests for you to complete. You’ll be able to easily recognize them by their unique appearance. Instead of rustic and rugged clothes, they’ll wear more neoteric clothes enhanced with various steel elements. For instance, the militia group that will frequently patrol around, will wear steel armor plates and helmets to protect themselves. Robotic/machine farmers will gather crops for food and even chop wood. If you’ll need some supplies you will be able to stop by at the vendor and purchase clan specific equipment. 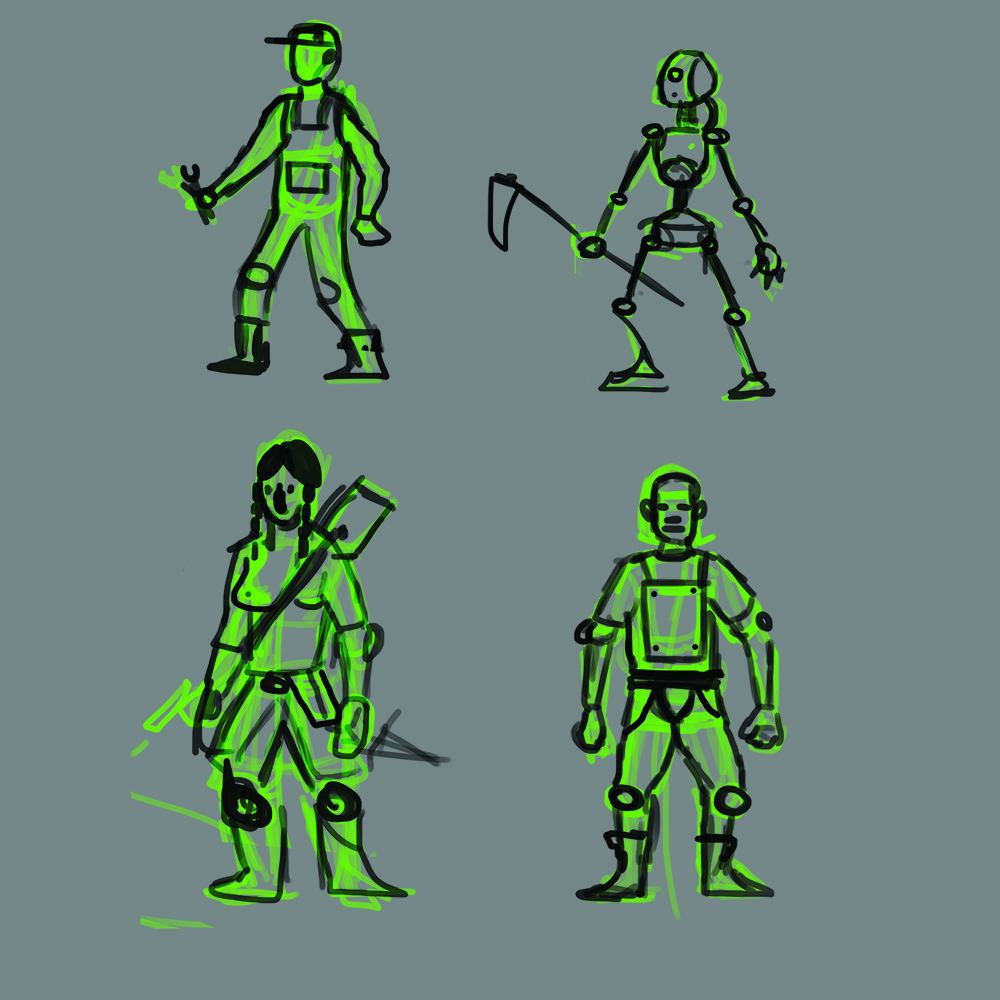 We also started researching ways to make random NPC characters, by dynamically blending different body shapes and facial features in combination with different outfits. This is made by making blend shapes which are then randomly blended inside the game engine or accessed and set individually.