The world of Floatlands will consist of Clusters. Each Cluster has its own set of islands and debris. Island sizes and their biomes depend on the Cluster seed which spawns and deforms every island in there. This technique is very efficient, because if we want to load a game, we simply use the seed that created the Cluster, then we apply the changes to the Cluster (certain trees were chopped down, metal veins were mined, building elements were placed, etc.) 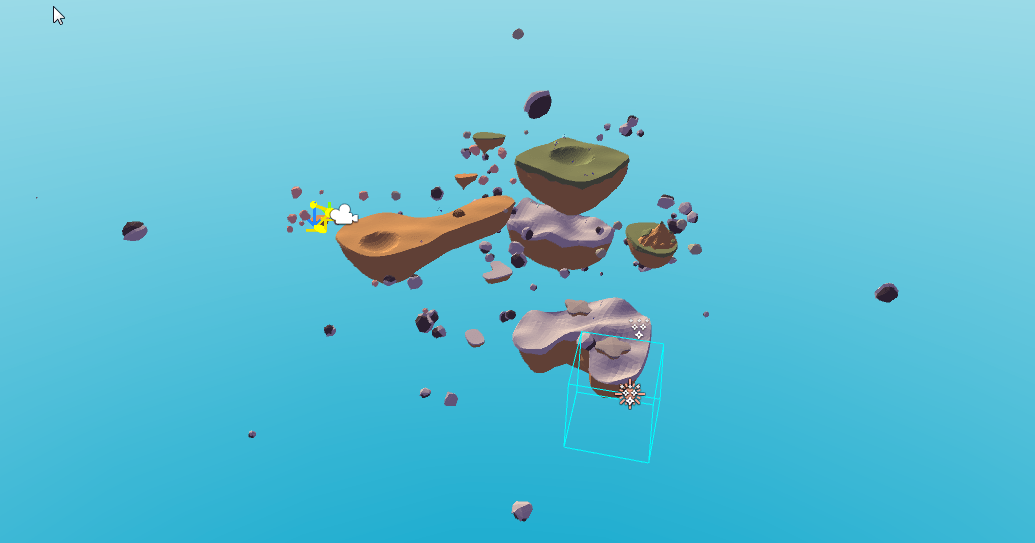 The shape of the Cluster is not yet finalized, but what we have done so far is ready for showcasing to the public. It looks even better ingame! 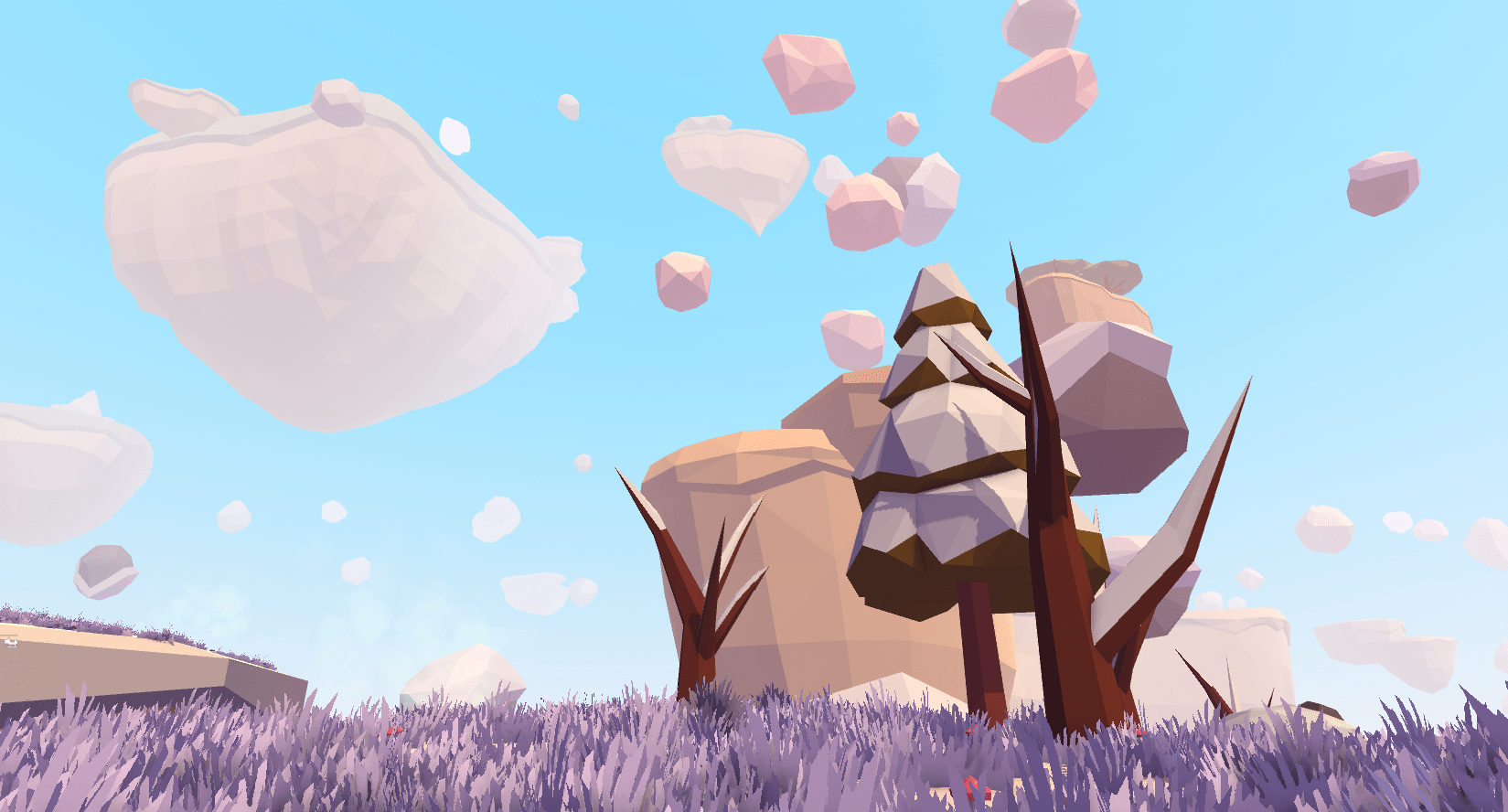 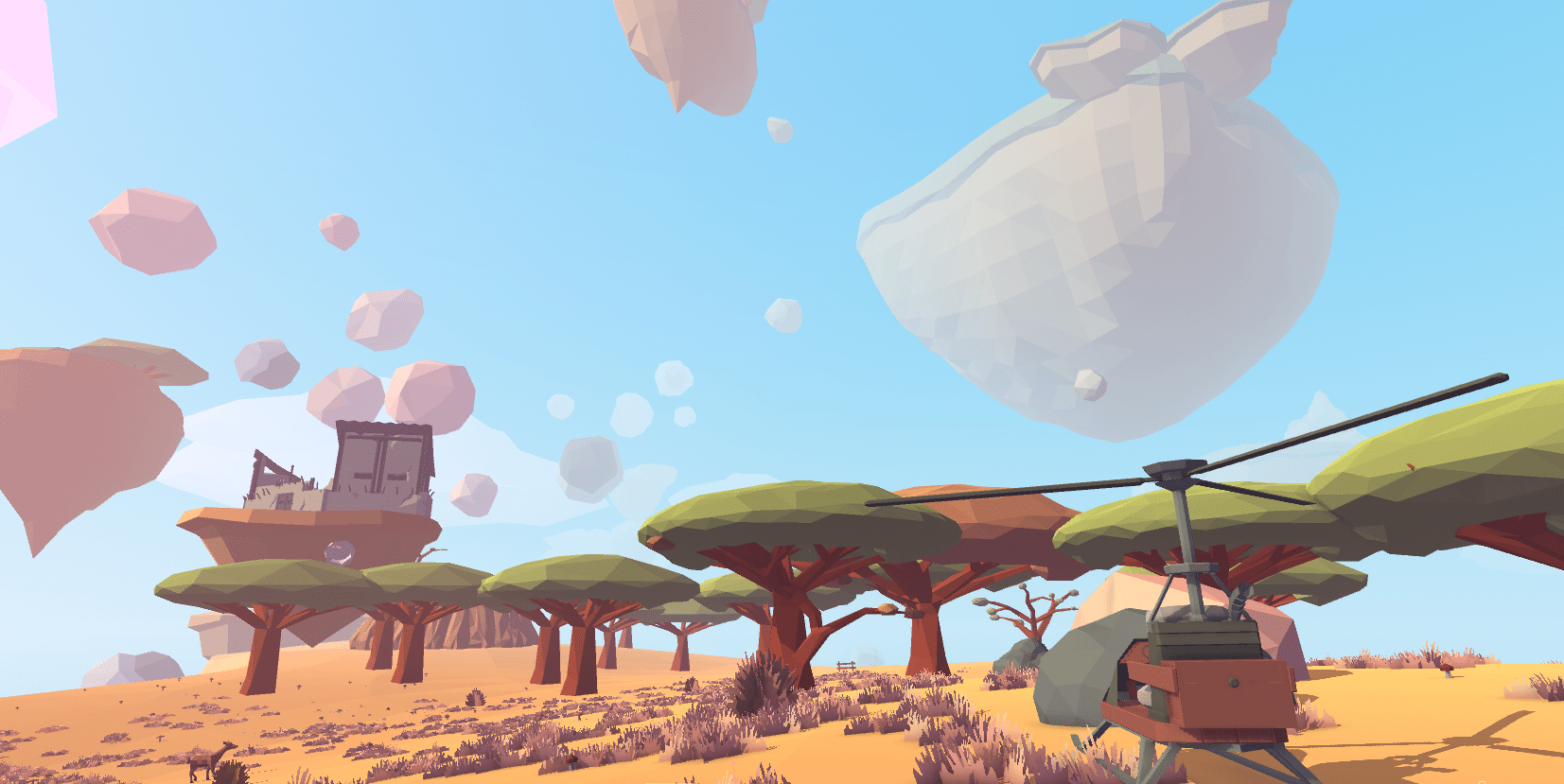 Floatlands will have procedurally generated quests. A quest is a gameplay feature where you will be able to interact with some NPCs, learn about the world, do a task and get rewarded with items and/or experience points (not yet implemented). There will be 3 types of quests available; gather, location (go somewhere/explore) and kill quests. Another feature of the quest system is that a certain quest can chain with the other one: first chop down some trees then explore the nearest island. This allows more immersive experience and more possibilities when building a quest. The system is very raw right now, but simple gather quests are working as intended. 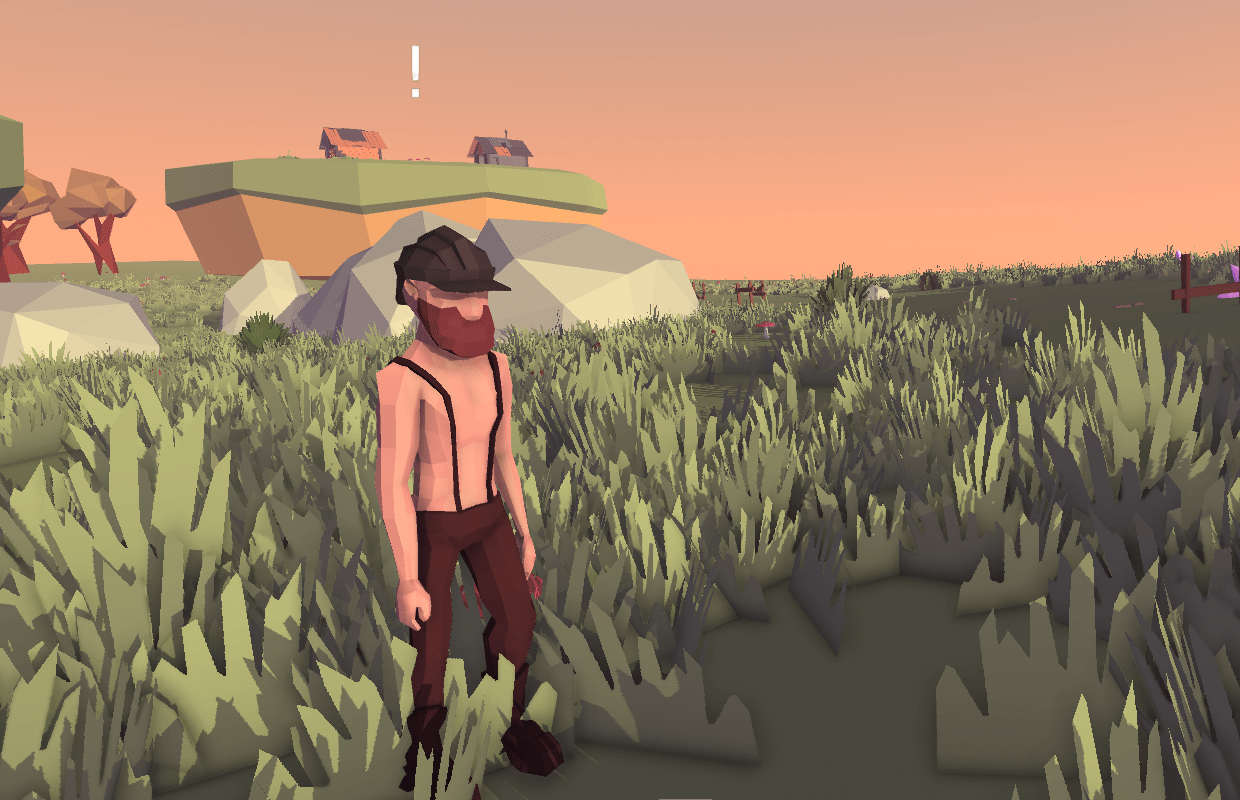 Quests will be triggered by talking to NPCs. These are friendly human characters that have a large role in quests and delivering a story. Right now we only have two, but we are planing to later add an NPC generation system, that will allow to us to procedurally generate human characters that will populate the world and make it feel even more alive.

I have mostly been preparing various animations for the enemy robots, to make them work in any situation. I added run cycles, crouch aiming and made a damaged version of all animations, so we can blend between normal and damaged animations, depending on how much damage they have already taken.

Robot notifying others of a danger & Damaged assault robot walk

So far I have finished the animation for the basic assault droid, but I will add it to the other two I already made and will also serve as an animation list for other enemies we will make later. Right now I started copying and modifying the first animations to the other droid, that uses the same animation rig I created for most humanoid characters.

To defend the camp you worked hard to build, you will need some sort of protection. You will be able to construct static defense turrets, that will help you repel enemy NPCs with ease. There will be total of 3 tiers of turrets, each tier being more sturdy and powerful than other. Here you can see a couple of really rough sketches I made that helped us pick the right turret shape and style to fit the game better. 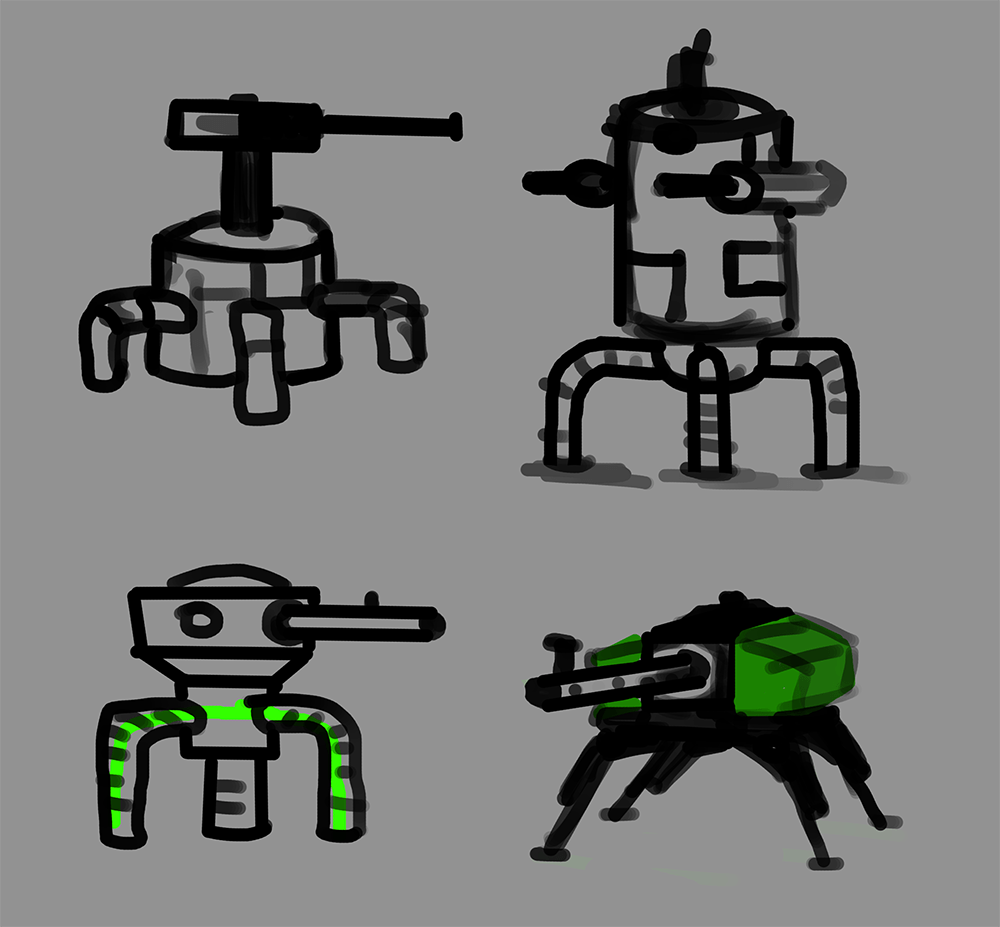 After the short discussion with Domen, we picked the right turret style, and then I further expanded the rough doodles into quick concept sketches seen below. 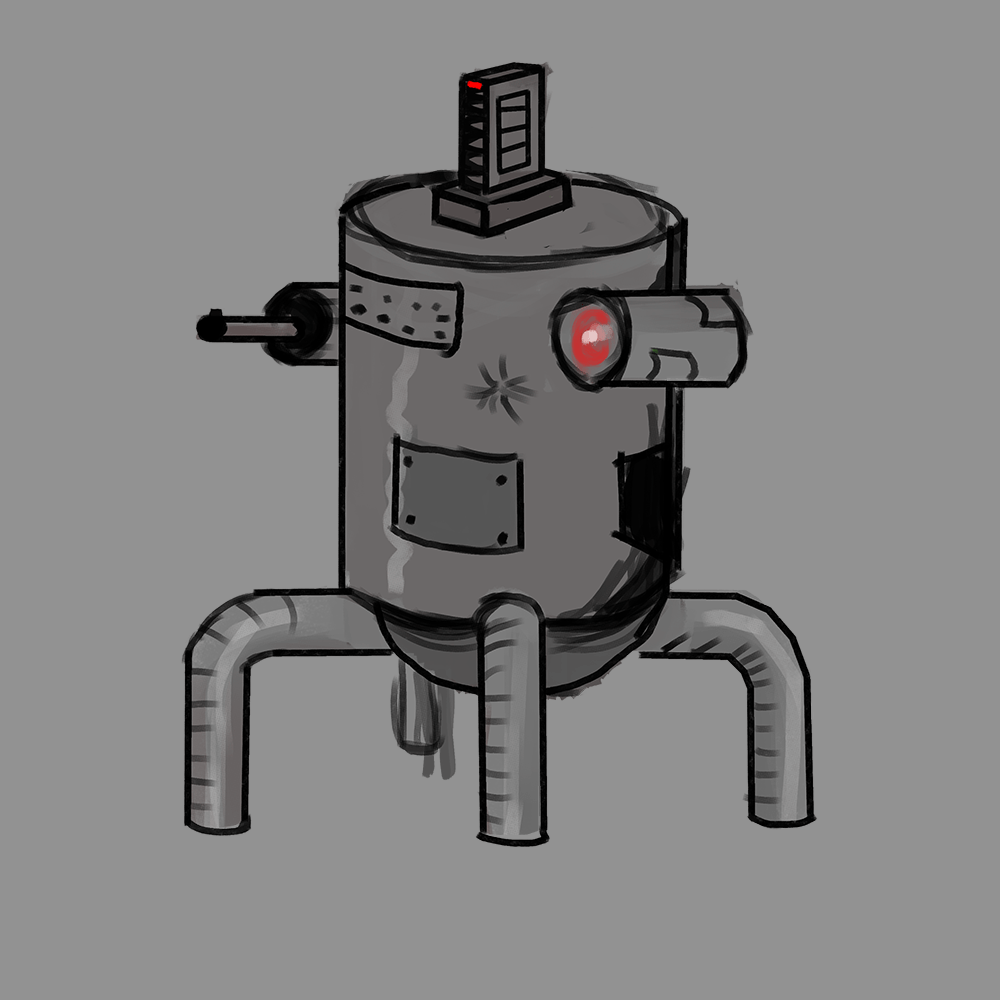 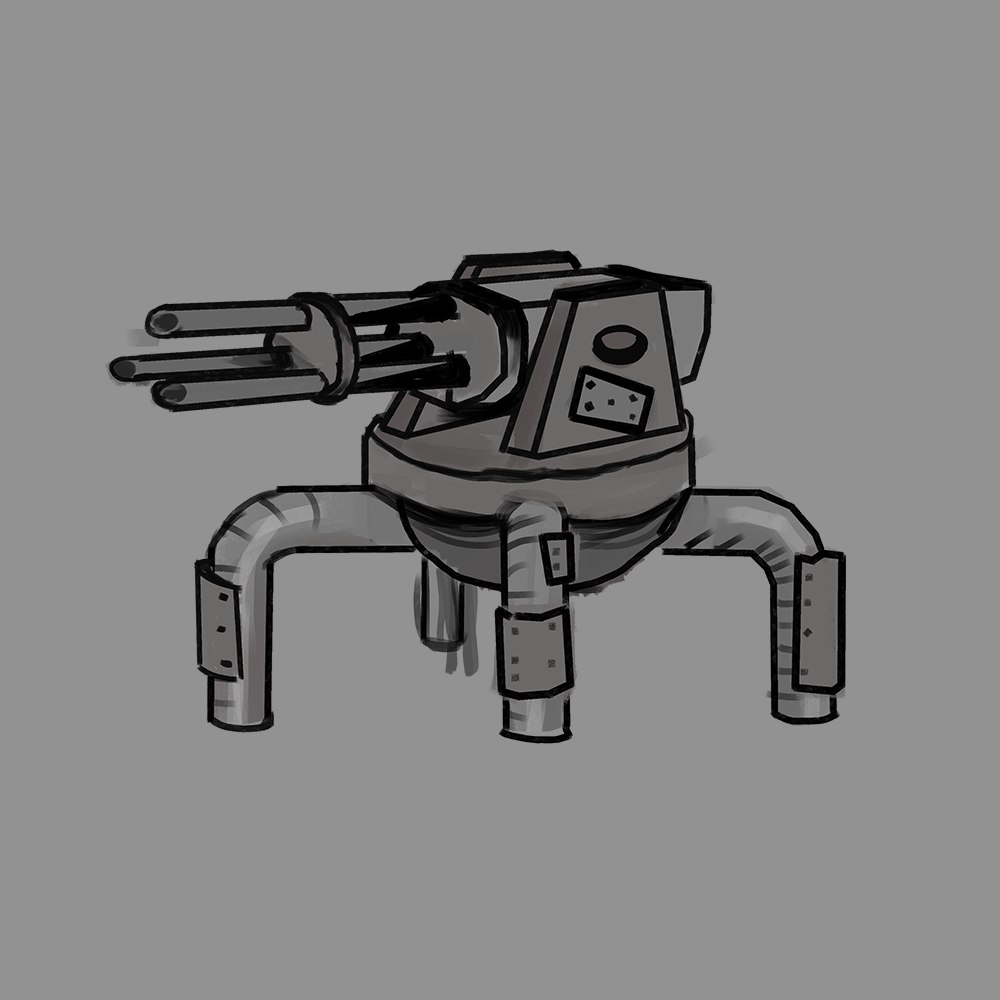