For Floatlands we decided to go with a polygonal look, which means the models don’t use smooth shading or textures and this gives the game a specific visual style. As my main tool for creating assets I use Blender, since it’s supported by Unity, has great tools for modeling, rigging and animation, and I am personally very familiar and experienced with it.

For most hard surface models I just model them freely with all sorts of modifiers and optimize them later or just retopologise them when I’m satisfied with the shape. I make different material submeshes, that can later be individually changed in Unity, I then add all sorts of chips and scratches with either boolean modifier or knife tool and add detail like rivets and various “damage patches”. For simpler object I just model the mesh directly. 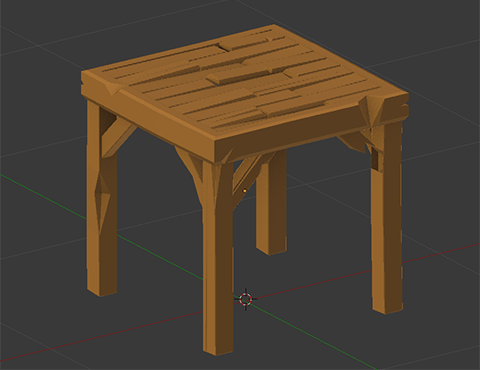 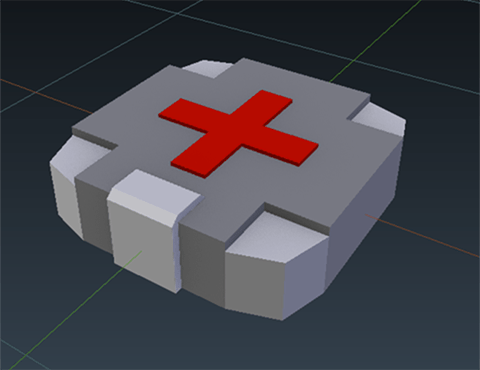 When I make organic models I usually start by sculpting them with dynamic topology. (Using a graphic tablet helps with this step.) After that I have to reduce the insane sculpt polygon count to something reasonable that can be managed by a game. If I’m working on solid objects like rocks I often use decimate modifier, because it usually looks more chaotic than a manual retopology. If I’m working on more smooth organic models like animal characters I do a manual retopology, especially if I plan to rig and animate them later, because I need more control over placement of edges that I plan to deform later with a skeleton rig. 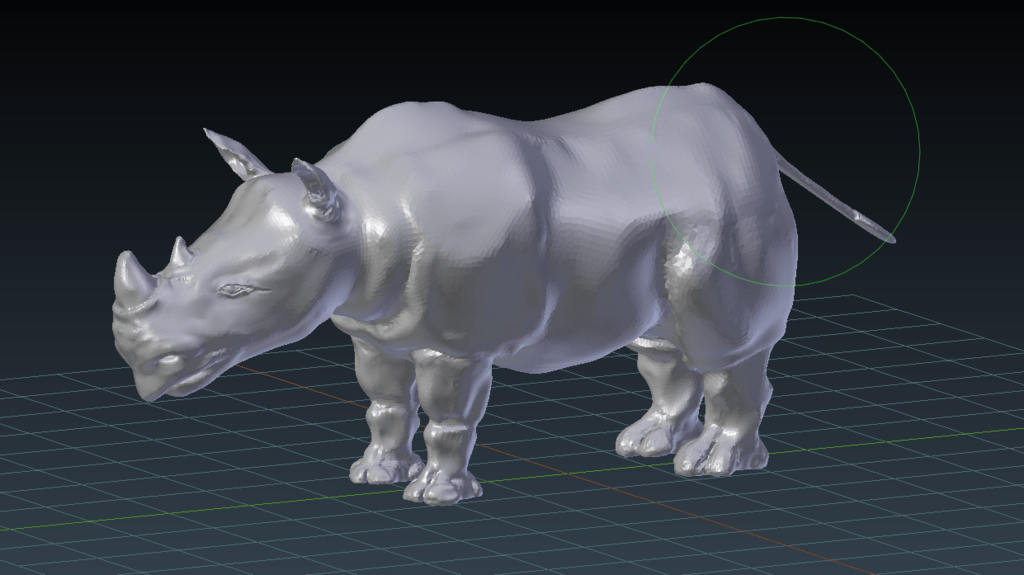 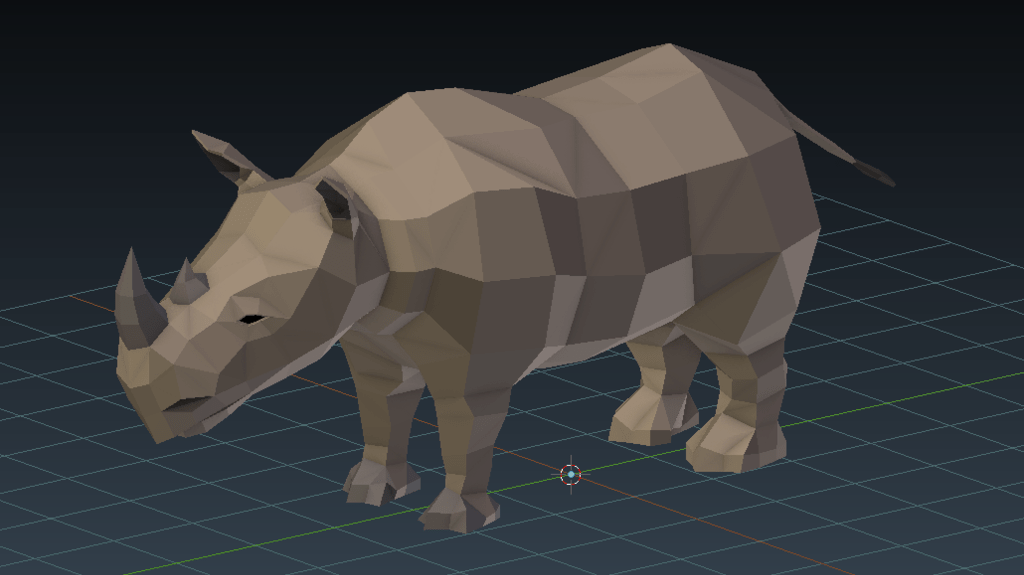 For character and creature rigs the first thing I do is research some anatomy to know where the bones and joints should be placed and how they move. I try keeping the amount of bones down, to keep it simple and optimised for the game. I then make IK (inverse kinematic) control handles that make animation easier and more like controlling a marionette than just positioning individual bones on the timeline. I then bind it to a character or creature mesh and do some test animations to see where the rig breaks and fix it up and add some limitations (how far the joints can bend). The character’s mesh is then finely weight-painted to make the deformations of the mesh with the bone look as good as possible. 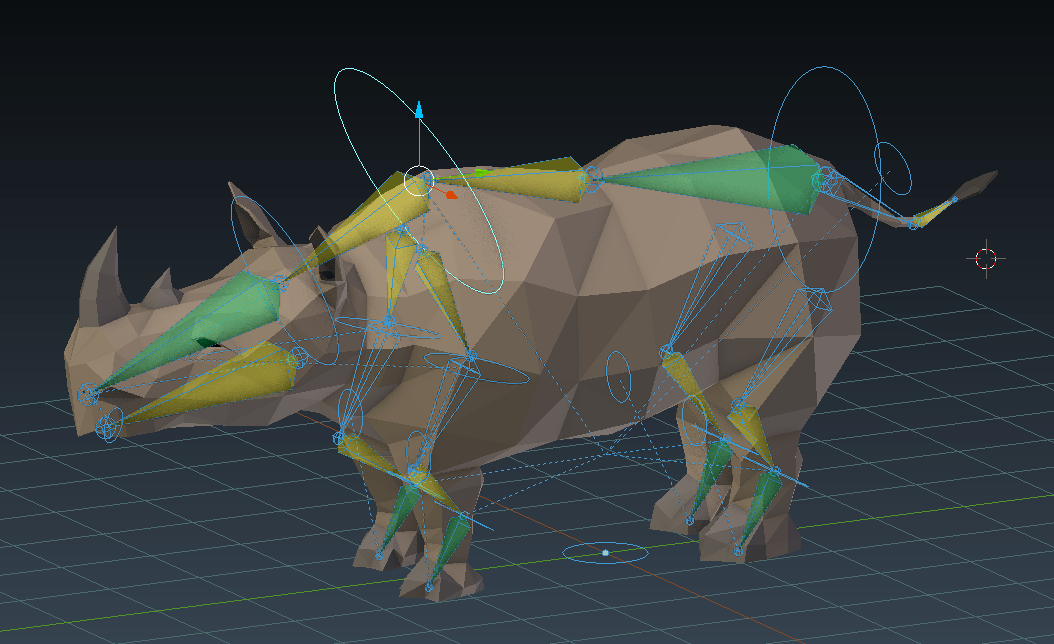 step 3: Testing the rig with bones and IK control handles

Animations are made by posing the character on a timeline with the animation rig, defining what pose the character is in at which time. Some animations have to be able to loop (walking, running, idling…) and have to blend one into another well.

After I had received a concept sketch I started making quick proxy models of all moving parts and checking how they fit and move together, then I continued the work with detailed models. I checked how the doors and landing gear open up and make sure there is minimal cliping (object going one through another). 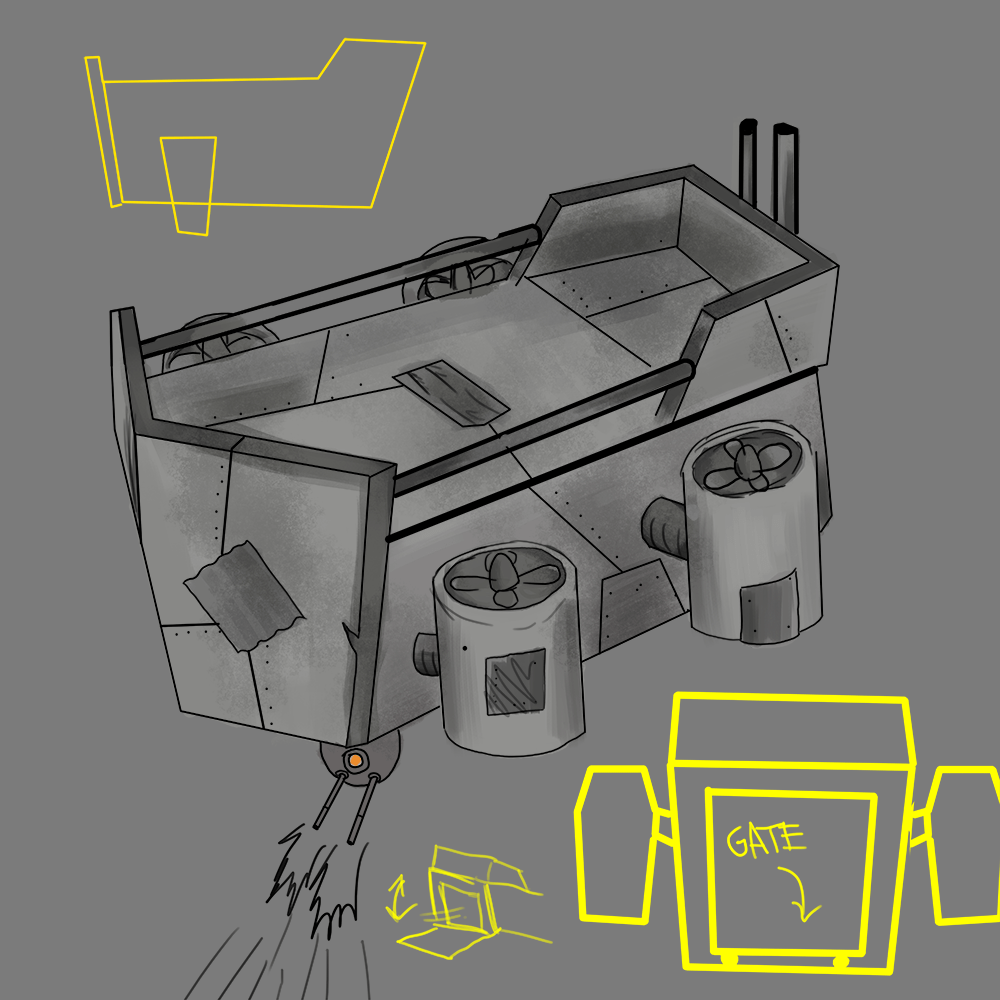 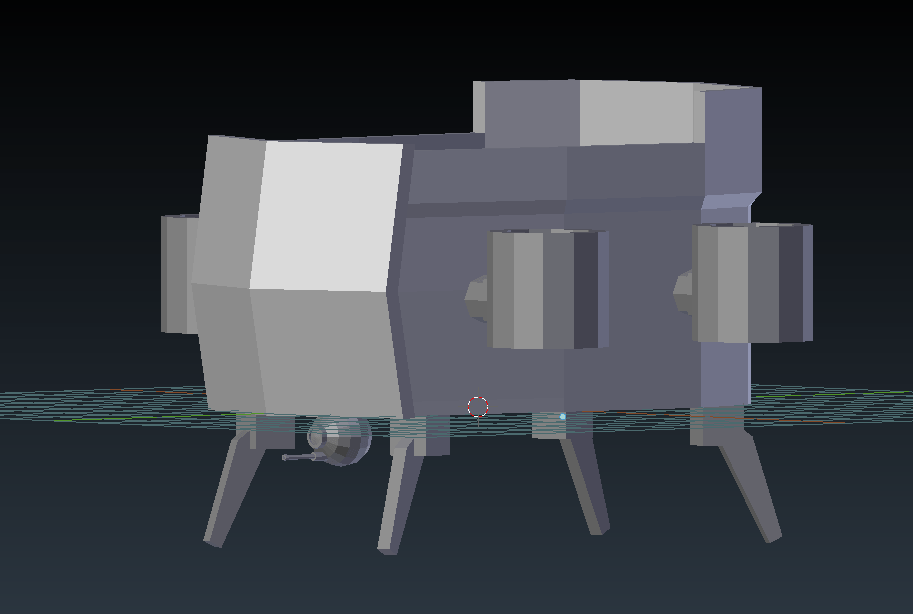 When the overall outside shape was confirmed, I started modeling detailed parts of the ship more or less by the proxy and concept sketch, building the ship model part by part. The moving parts will later be accessible to the programer who will handle them, so he can rotate the individual parts to open the doors, run the propelers and steer the engines.

Moving parts & the overall outside shape

Once I was satisfied with overall shape of all the parts, I added different materials and details that made the ship look worn, damaged and patched up again. I added rivets and the occasional patch of sheet metal as patchwork over damage. 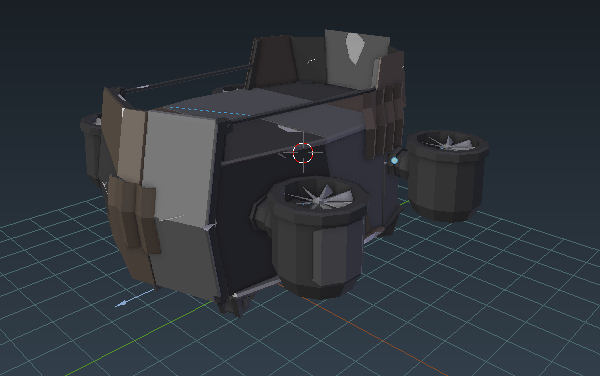 After the overall model was finished, I took on the LOD models (level of detail) which will replace the detailed model when the ship is further away from the player in order to save resources and keep the game running as smooth as possible even with more objects in the scene. 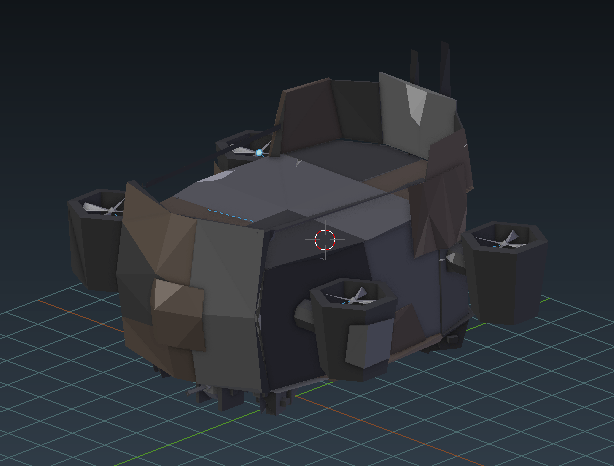 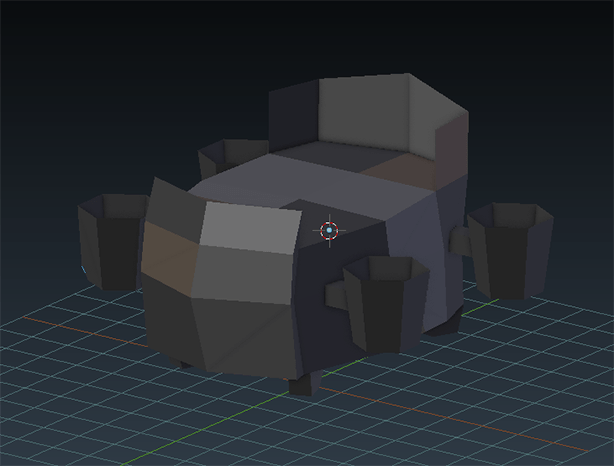 The ship also needs collider models for all the parts. These are simplified models of the objects that will be used for Unity’s physics engine, instead of the detailed models. 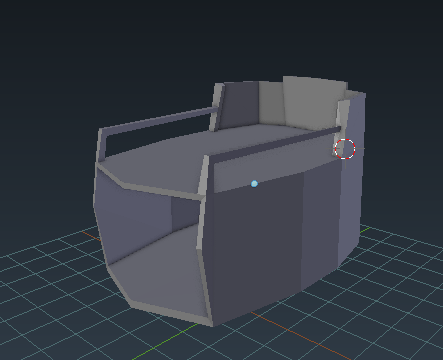 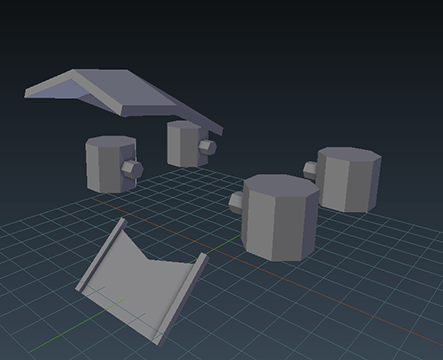 The best way to learn 3D is by doing and trying. A good way to start is by following tutorials on whichever part you want and try doing it yourself. Luckily there are tons of tutorials available on almost every subject. Every time you get stuck, first try to solve it yourself, but always remember that there is probably someone on the internet who already encountered and solved the same problem, so there is no need to reinvent the wheel.

3D art is a skill that takes practice like all other skills. No one is good right from the start, so don’t be afraid to mess up, that is just part of the learning process. Sometimes it’s better to just throw away or scrap a piece you’re working on and start over. Just consider it a lesson on what not to do or what to avoid.

Learning everything is near impossible, that’s why large studios have very specialized roles (modeler, texturer, rigger, animator…), but these are usually masters of their field. You can learn to understand most steps without completely mastering all the nuances or try a bit of all and then specialize and master one.

“Jack of all trades, master of none is oftentimes better than master of one.”