The Unity’s GUI system is a bit rough – if you use plenty of OnGUI() calls in your scripts the performance of your game gets really clunky. The IMGUI system (or normally referred as GUI system) is not really intended to be used for user interfaces. For the sake of Floatlands I’ve written our own GUI system that works upon the IMGUI and only uses one render call (OnGUI call) and can be greatly optimized and elements inside of the system can be also recycled (used multiple times). For now you can only draw text, textures, lines and points. This is going to be expanded so we can also draw curves, rectangles and shapes with multiple color definition (e.g. line with a gradient).

An example of how to use this system with ease (the method calls in OnDestroy, OnEnable and OnDisable are optional, but to recycle elements when certain objects are disabled/destroyed the ‘Detach()’ call should be called for performance reasons): 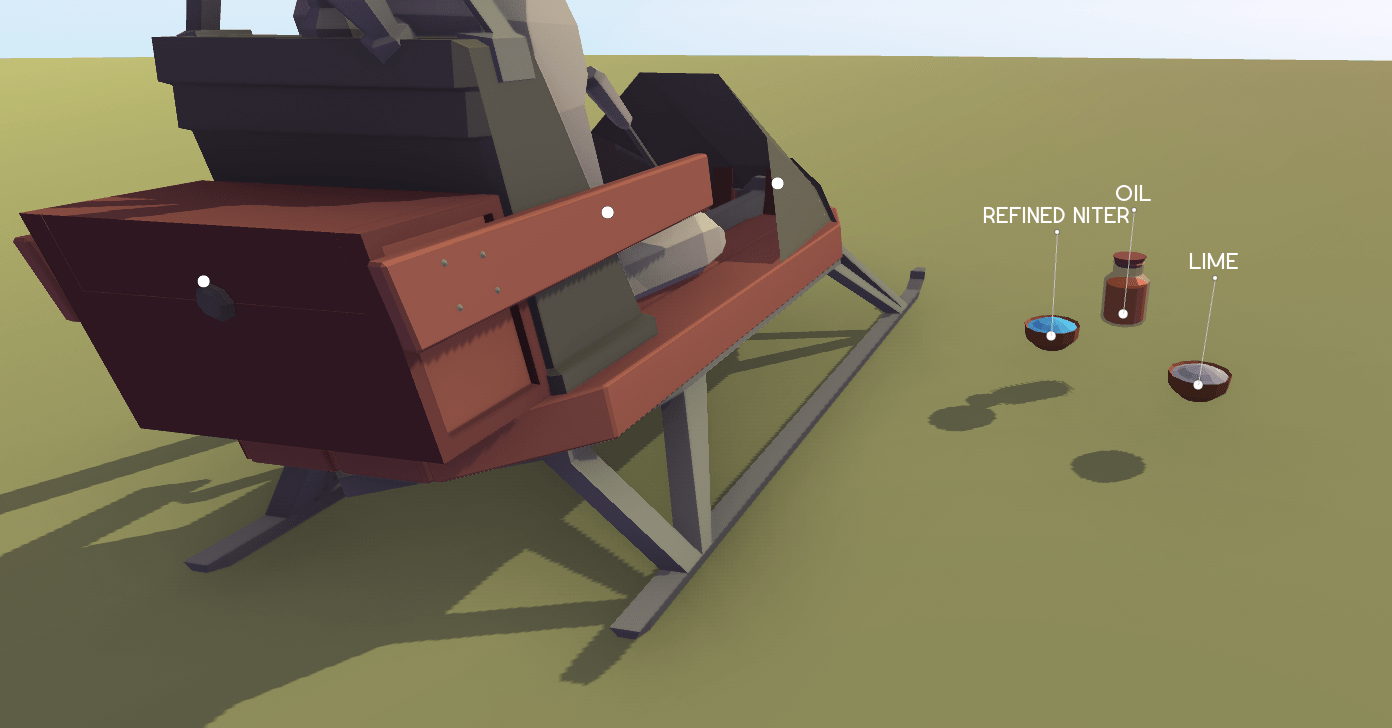 This week I was preparing the hostile NPC robots. If you browse through our previous posts, you can find out that we already had basic robots prepared a few months ago, but some reworking was required. The sniper droid got a cool cape, and all the droids were equiped with an IK system that handles aiming, recoil and grounding. All the droids are also equiped with a ragdoll system for satisactory robot slaying experience. 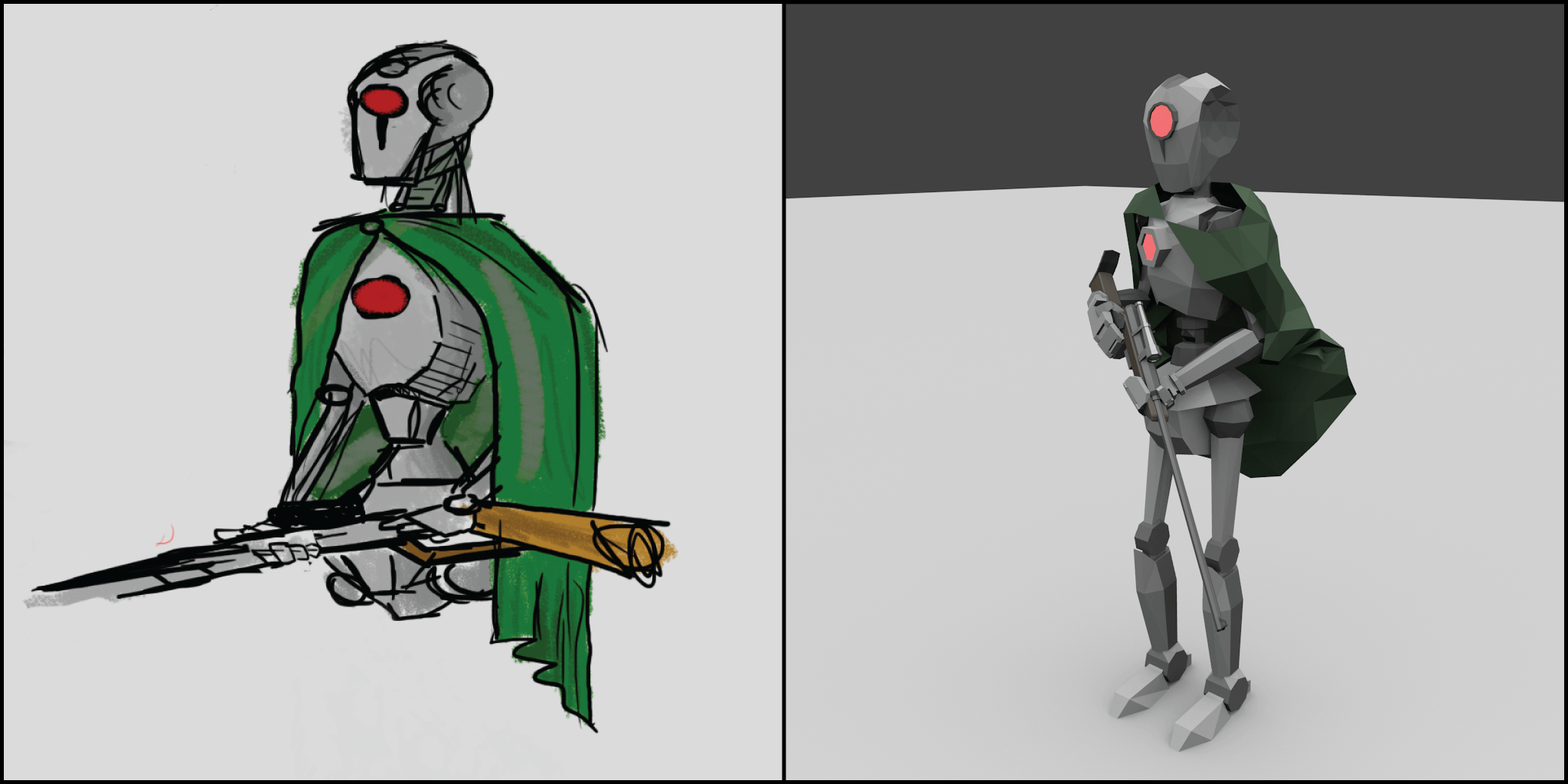 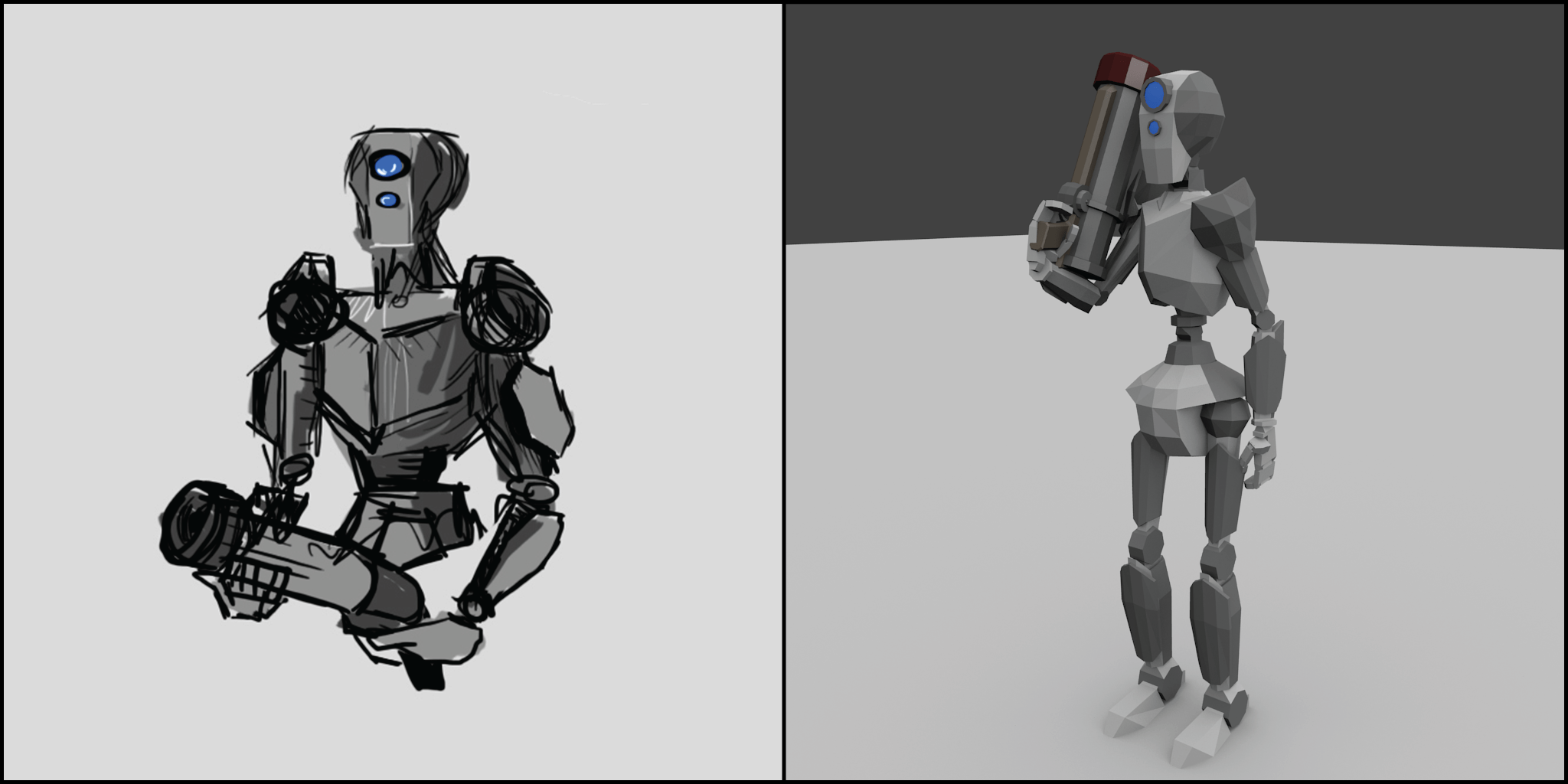 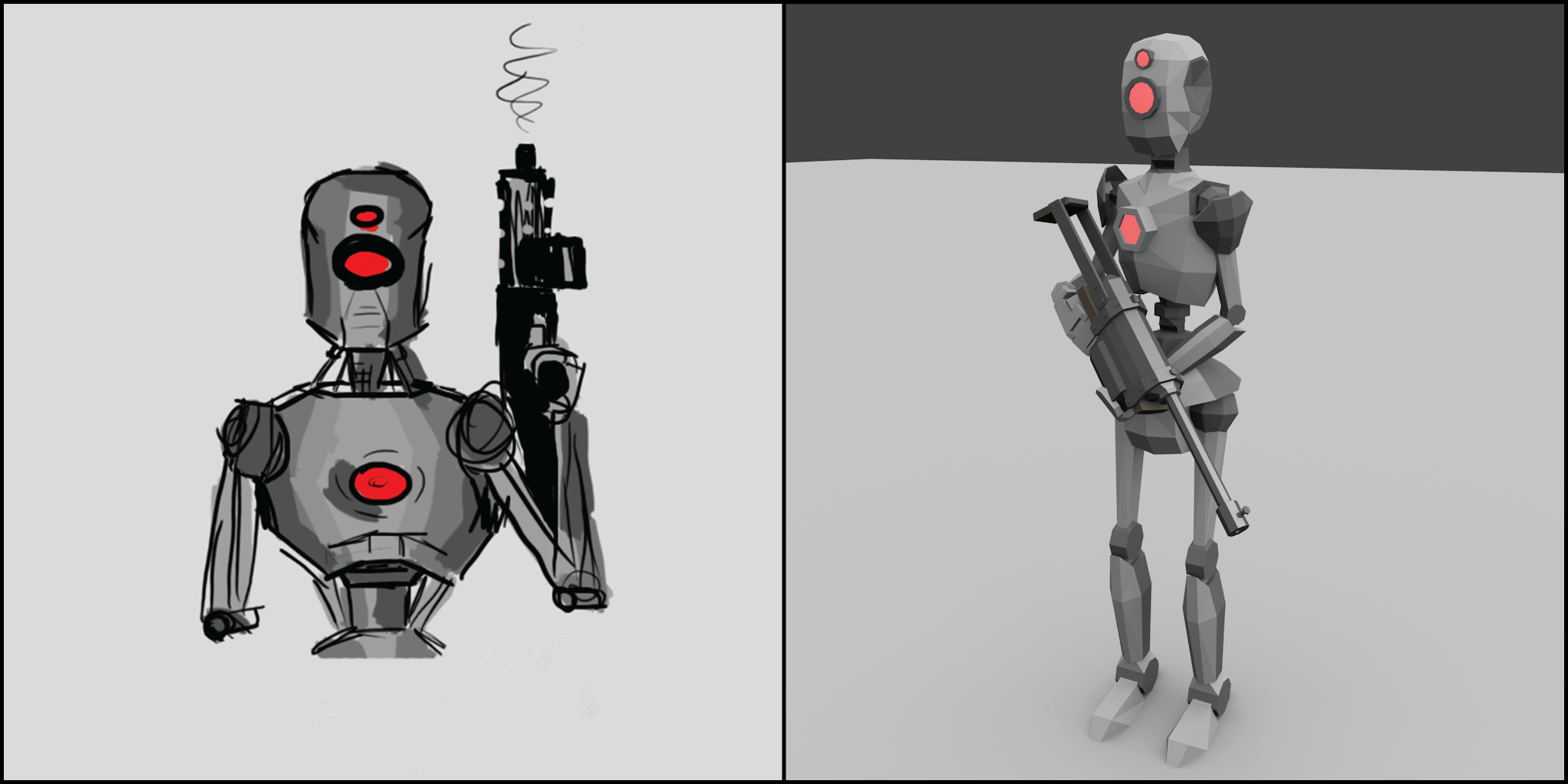 I also modeled the weapons for the player, but those still need to be animated for a good first person experience. 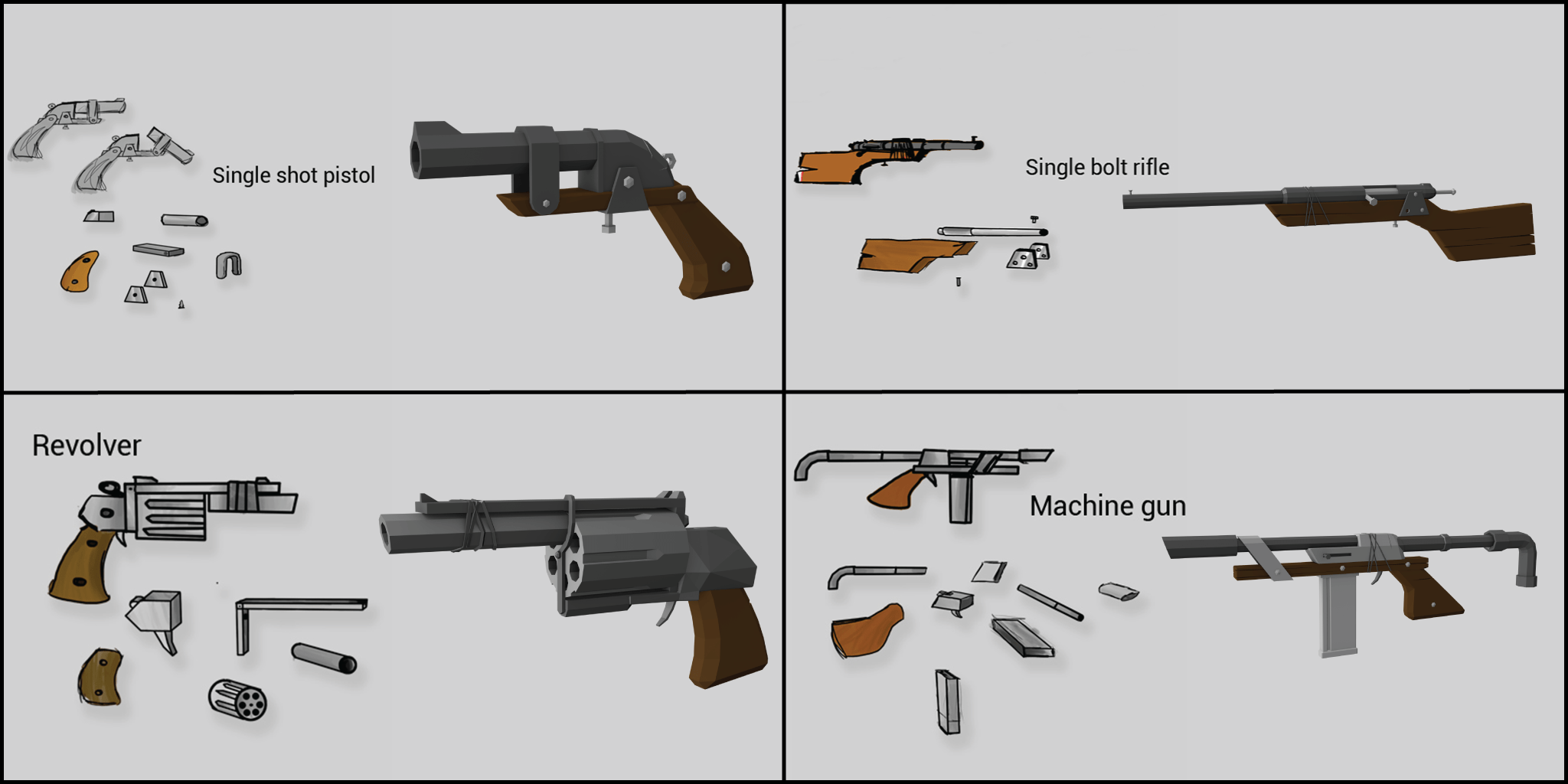