The nature of Floatlands is now more believable for every island possible, it can now spawn dense forest or a huge area of nothingness. Another nice addition to an algorithm is that generation can be tweaked in one file only with e.g. text editor.

There was a huge need of optimizing the whole world/island. I started to bake similiar meshes together (combining them), implementing better foliage shader and also implementing some features from Unity’s LOD system as well. A lot of work still needs to be done altough the performance has been increased significantly (from 40FPS to 150FPS on i5 6600k and GTX 1070).

Here is a quick preview of a “Father” island (the largest you can find), with all of the optimizations (LOD, draw distance, combined meshes, occlusion, …)

As you may know there are 3 biomes planned (normal, desert, snow) and each will have their unique wildlife. I already created the animals for normal biome – sheep, deer, wild boar. Now I’m focusing on desert wildlife, which will include rhinos, hyenas and lions.

During the coming Christmas holidays I will be working on the revamped buildings which Mito already prepared concepts for.

There will be a total of 3 weapon tiers. Tier number one will be the most basic craftable tier of weapons available. Resources for these type of firearms will be easy to find and easy to craft. The range of the arsenal varies from simple single shot pistols, assault rifles to powerful shotguns and even a grenade launcher. My task this week was to create a basic concept and sketches for the tier one weaponry. You’ll be able to craft them with the materials found throughout the world. the weapons itself wont be very powerful, but they’ll get the job done until you find something better and stronger. Below are some of the weapons mentioned before, disassembled so we can visualize how they’re crafted. 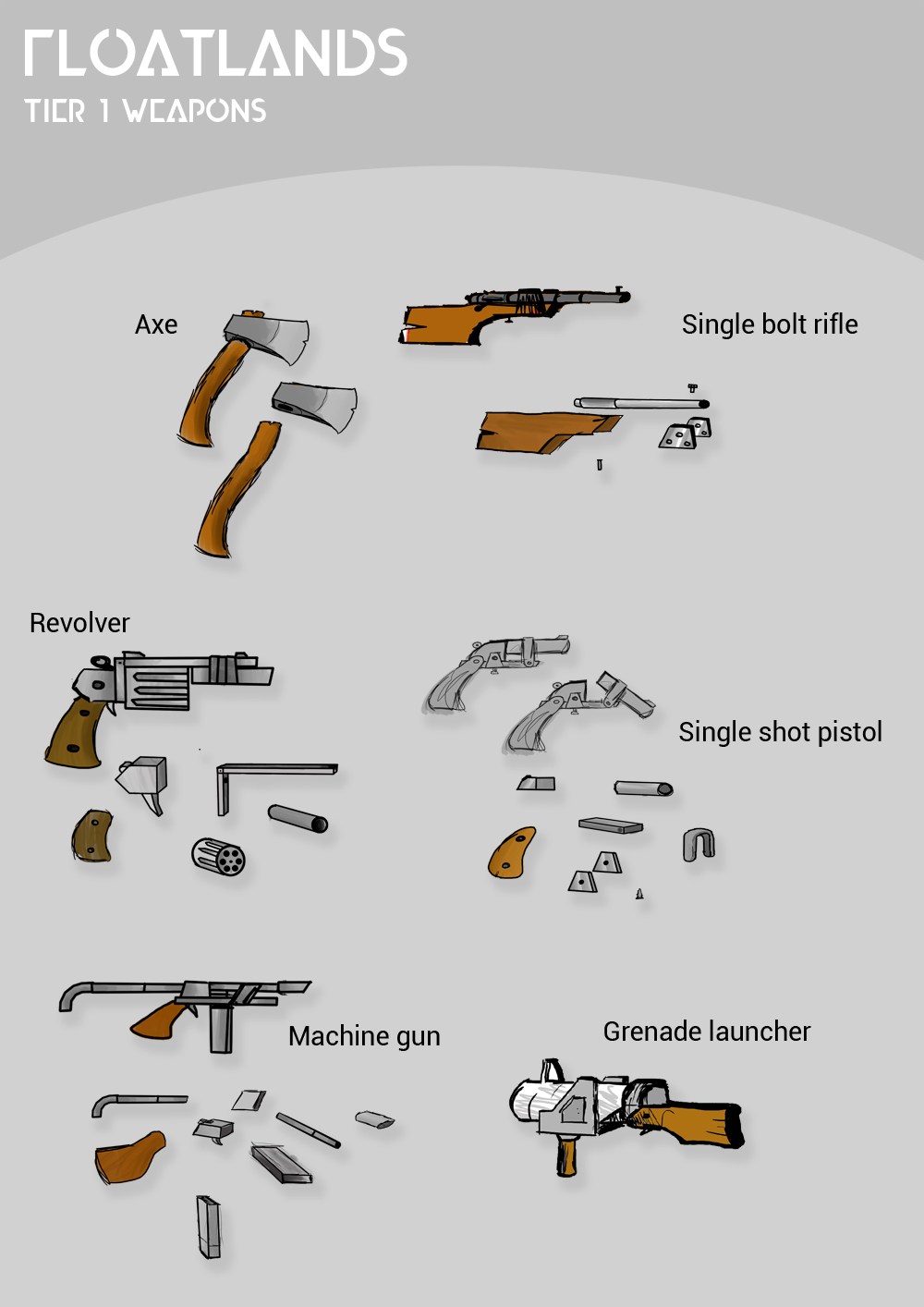