This week our first version of fleets went into the game, which is the last ingredient needed to enrich the game with a lot of epic conflict between factions.

Your personal command cruiser is a formidable ship that can take on almost any other ship in single combat when in the hands of a skilled commander, but it is no match for large enemy fleets or well-defended strongholds full of turrets and shield generators. For these large-scale engagements, you will need to assemble a fleet by purchasing ships from the corporations you have
attracted to your city. As you progress through the game, these corporations will give you access to more powerful vessels and weapons, and your skills as a commander and fleet admiral will be tested because you will have to carefully balance your fleet and learn each ship’s strengths and weaknesses. 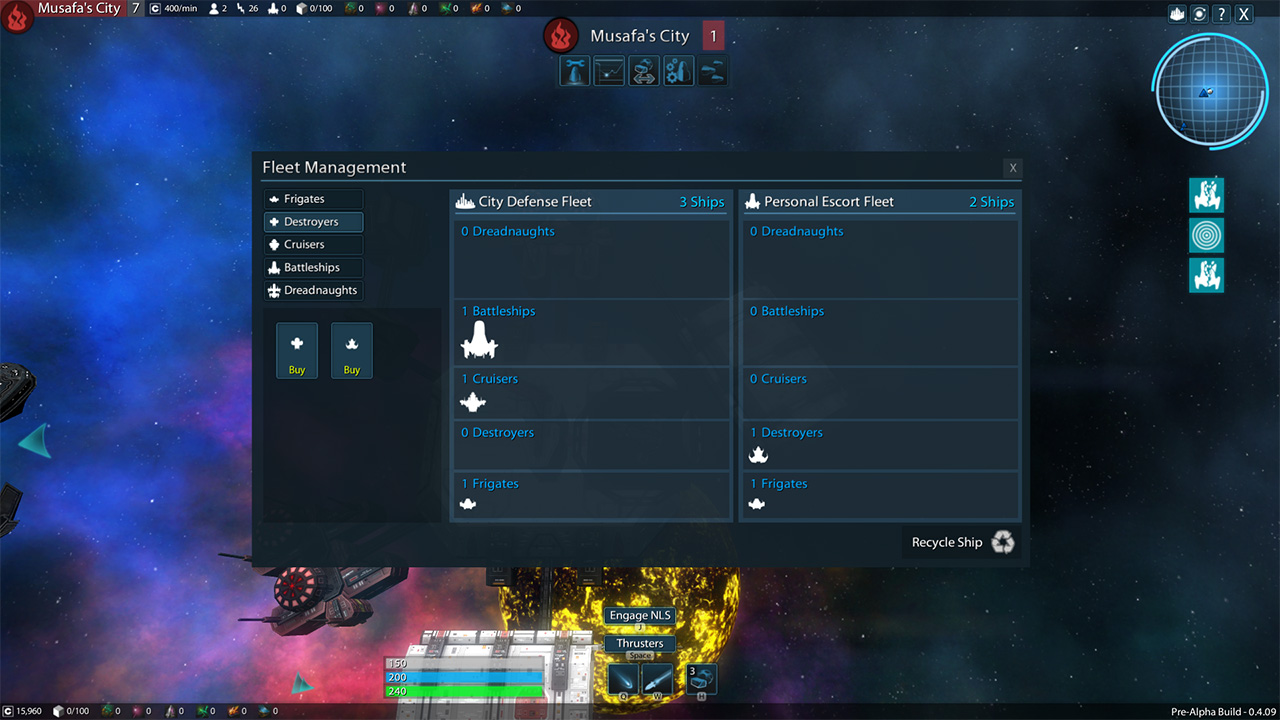 Currently there are two basics types of fleets that you will manage: your city defense fleet and your personal escort fleet. The city defense fleet is stationed in your city’s hangars until enemy ships come in range, at which point they will scramble and engage the hostiles above the city, supported by your defensive turrets. But you can assign ships to your escort fleet and they will follow you around anywhere in the system and automatically engage any hostile ships in your area, allowing you to locate and destroy enemy fleets, raid enemy mining outposts, and even assault enemy
cities. 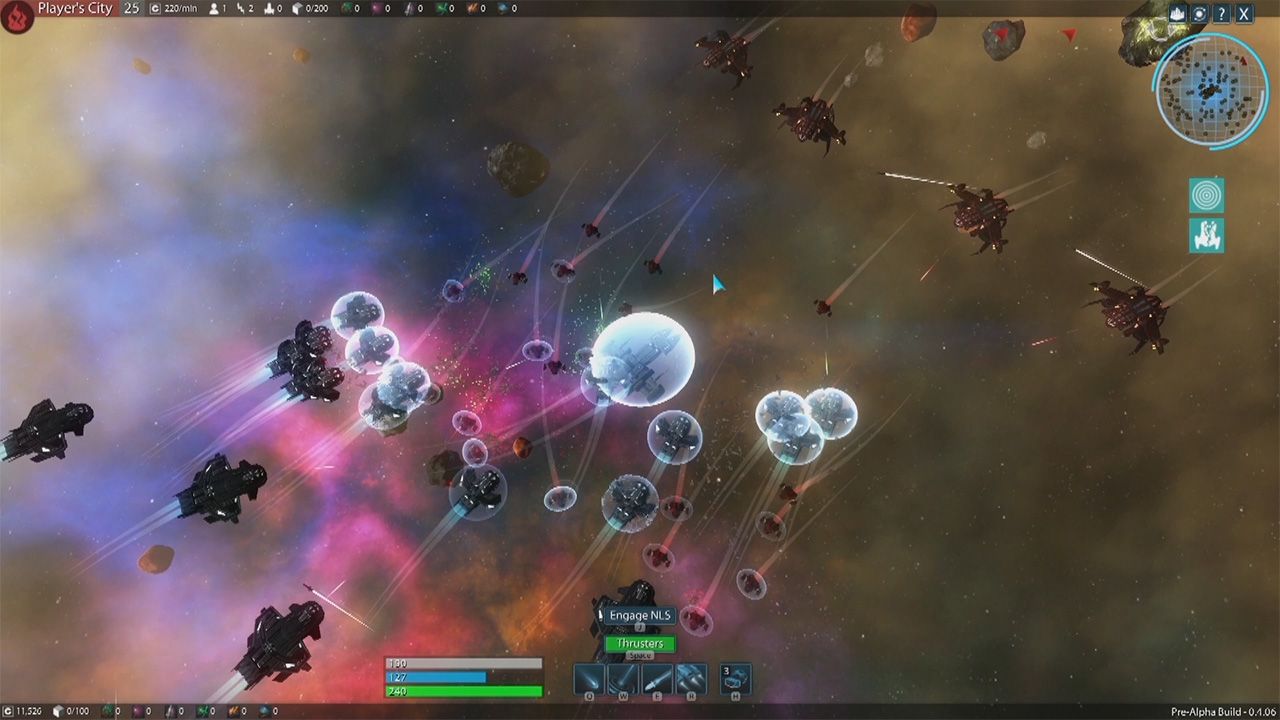 We want fleet ships to be role-based, so bigger ships are not necessarily better. All vessels will be good at something and you will need to select your fleet composition based on the enemy you are facing. For example, the Exeter Battleship has heavy armor and long range rockets, so it can station itself over a city and cause massive damage, but these projectile weapons have no heat-seeking capabilities so they are nearly useless against fast vessels like frigates and destroyers. To defend such a large, slow capital ship, you will need to bring other vessels that have point-defense turrets or beam weapons that can effectively target agile enemies. We have many weapon and
ships types planned, and we are excited to see what strategies players will find when designing their fleets.