Flat Heroes will be available in Early Access on Steam on September 8th, 2016 for Windows, Mac and Linux!

Flat Heroes will be available in Early Access on Steam on September 8th, 2016 for Windows, Mac and Linux! That's next week!! 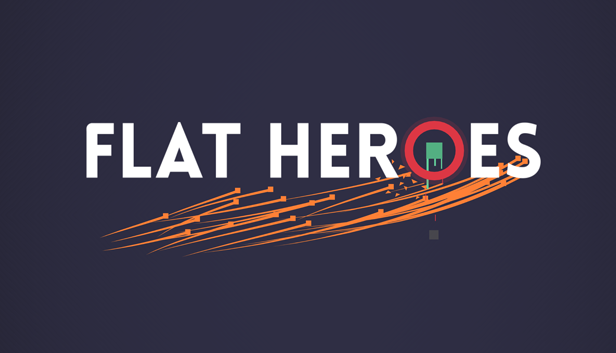 Flat Heroes is a minimalist super intense local multiplayer game with special care put into the game-feel and polishing of every detail in a trendy graphic experience. The game includes multiple cooperative and competitive modes for 1-4 players and features squares!

From launch the game will include a solo/co-op mode (1-4 players) with around 90 levels and 6 final bosses, and 4 competitive modes for up to 4 players that will also include bots to play against.

We have lots of ideas we'd like to implement, but we want to make sure we're going to the right direction while allowing players to shape the game.
So during Early Access we plan to work with the community and let them choose the kind of content they would like to see in the game (being solo player modes, more co-op modes/levels, more competitive modes, or who knows!) to make Flat Heroes an even bigger and better experience for everyone!