For the final Firstborn dev blog of 2016, we take a look at the journey from prototype to pre-alpha, as well as some of the challenges we faced along the way.

With 2016 drawing to a close, I thought it was a good time to look back at how Firstborn started and reflect on the game's progress as we head into another exciting year of game development. This is probably going to be a long post, so I've organized it into micro-chapters for the sake of convenience.

The Prototype - Let's Make A Game!

Firstborn started as a student project back in 2015. As part of the final assessment for the course I was studying at the time, students were offered the chance to work on a game of their own design, but there was a catch. To get approved for development, a game needed to be upvoted by students from the different disciplines, and the team would be assembled from those students that voted for the project. 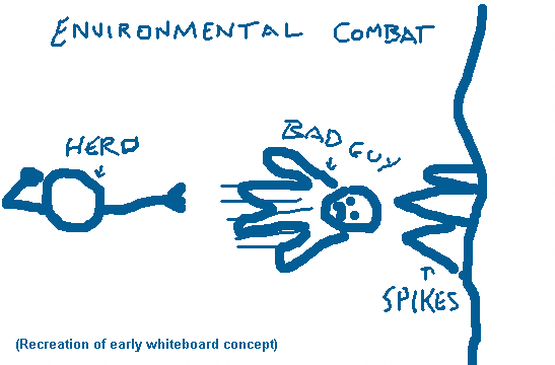 I was working with another designer and we were confident we could make Firstborn into something cool, but getting votes was set to be a challenge. The school specialized in 3D and many of the students had spent two years honing skills in art and programming specifically tailored to 3D development. Getting them to want to work on a game predicated on old-school pixel art was going to be a hard sell, so we needed to do something different. We needed to show them why the game would be worth playing, and worth making, before the voting ever started. .We needed a prototype.

About a month of whirlwind sprints and sleepless nights later, we had one. As you can probably see, it was pretty bare-bones. The art was less-than-impressive, the interface was clunky, and we had a whole lot of bugs. But the core was there. We even had a boss fight.

Creating the prototype in such a short space of time was incredibly stressful, but also immensely rewarding and we learned a lot; both about making games, and about the game that Firstborn was trying to become. We went into the voting feeling that we had done all we could. And it was enough. We didn't by any means take the vote by storm, but we had piqued enough interest among students and staff that Firstborn was cleared for development. We even had a team.

The Pitch - We Get Serious

We had made it through the voting, but another challenge was already on the horizon. The final task for the year was to present our project to a panel of industry professionals and attempt to convince them that it was worth continuing. If we pulled it off, we might be selected for the school's incubator program, which offered a host of exciting opportunities. It was time to make a game.

The task of managing the game's production ultimately fell to me, and I quickly realized that it was not one to which I was well-suited. Within a matter of weeks, the pipeline for every facet of the project was tied in knots. Despite this, we made surprisingly good progress. Though I felt out of my depth managing a larger team, my skills in programming and pixel art continued to improve, and I gradually became more comfortable in my role as producer as well.

We went into the industry pitch quietly confident. It had been a long few months, but we had worked hard, and the results were starting to show. Sure enough, we met with a very positive response from the industry panel and were approved to continue. Things were looking up for Firstborn.

By the start of official development in 2016, the team had shrunk from six back to two. While I was in the fortunate position to be able to pursue Firstborn full-time, many of our team members were eager to find work within the industry and went on to pursue other endeavors.

As it turned out, the start of 2016 was to be characterized by setbacks and frustrations. Personal crises and creative differences plagued our remaining team members, and development stalled. As time wore on and the situation only worsened, it began to seem like Firstborn might never happen.

The middle of the year rolled around, and I found myself working on the project alone. Firstborn was behind on every production target and I was increasingly unsure of the project's viability. I had lost friends and faced some hard lessons along the way, and now I was beginning to think it was time to call it quits. As part of the school's incubator program, I had been offered the chance to show the game at PAX Aus 2016, but I had serious doubts about creating a worthwhile demo in the time that remained.

PAX Australia - Firstborn Is Back!

Ultimately, it was my friends and my mentors at the school who gave me the push I needed to try for PAX. I had come too far to walk away without giving Firstborn one last shot. It was time to sink or swim.

At first, getting the game ready to show at PAX seemed like an impossible task, but the pieces slowly began to come together. As the weeks crawled by, the game began to take shape. Firstborn was back!

As heartening as the progress was, however, another problem loomed ahead. I didn't know the first thing about showing a game at a convention, and with development of the PAX demo consuming almost every waking minute, I had precious little time to learn. Just as things were beginning to look dire once more, one of my mentors introduced me to Gabriella. 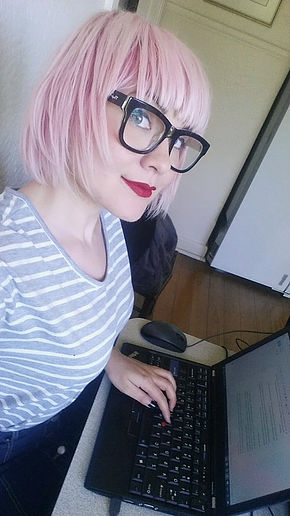 She had considerable experience with conventions and was confident that she could see us through the show at PAX. All I had to do was make the demo. The final weeks leading up to PAX were a blur, but somehow the demo came together and Firstborn was ready for its debut.

Showing a game for three days straight at a large convention is grueling work, but immeasurably rewarding. It was a unique and remarkable privilege to see total strangers playing and enjoying the game for the first time.

I am also eternally grateful to Gabriella for her outstanding preparedness and unflinching enthusiasm throughout our time at the convention. While we were both exhausted by the end of the three days, she managed to make sure that we both came out in one piece, and I am truly excited at the prospect of doing it all again next year. 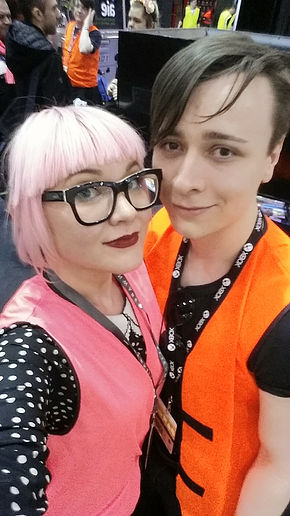 The Future of Firstborn - What Comes Next?

Since PAX, Firstborn has entered a public pre-alpha, and Gabriella has officially joined the team as the writer and community manager for Firstborn. We have also hired a composer and are in the process of hiring an artist.

While 2016 has been incredibly challenging, I couldn't have asked for a better year of game development, nor a better team to work beside me as we continue Firstborn into 2017.

I hope you have enjoyed the story of Firstborn's development, and I also hope you will be part of the next chapter as we open the project to further playtesting and feedback in the coming months. If you haven't already, please feel free to check out the pre-alpha demo over on the downloads page.

Have a great holiday, and I'll see you all in the new year!