First two maps are nearing completion with additional models and some updated artwork.

The first two areas of Terra are getting closer to completion. The original first map has now had its area's split between two maps to allow for more detail.

I've created a mock-up of the first world's collection of maps, so far I'm settling with 9 different maps that are linked together.Currently the first city's exterior is getting closer to completion, both detail and layout wise.Two new vehicle models and many new voxels have been added to beef up the overall detail of the world. Recently window ACs, trashcans, fire escape balconies, and more have been added into the mix, as well as recoloring and remodeling of some other voxels like the the chairs, table, hydrant and paper stand.

Wood voxel doors have been scrapped as a option for swing doors as several test proved that it wasn't practical. Now openable swinging doors will be the classic Build style and the voxel models will still be used for destructible 'locked' doors and portals to other rooms.

The current city will have several buildings that you can enter street level with no transition, the rest, about 12 other buildings will use the teleport effector to transport you between street and interior much like demo. This is done to work around the limits of the engine and also keep things flexible.By splitting the concept of the first area into two maps I now have alot more to work with as the first Terra map of the alpha demo reaches the maximum wall limit, which prevented me from creating the proper amount of interiors for the city.

Now with the maps split up I can potentially make each building enterable instead of just fixtures. Ideally I wanted to do that in the first place but ran into the limits of putting too much in one map.Currently work is being balanced to level creation and graphics. I have several more graphics created that needed to be added into the ART files and a few more voxel models to create for city settings. Later on a lot of objects need to be recoded and corrected, but the majority of voxel models have 'clipshape' boundaries for a more accurate hit collision with the player.

Currently I'm having some issues with getting the hole in the fireescape part of the balcony to function correctly. I also am on the fence about adding the ladder to the model itself. 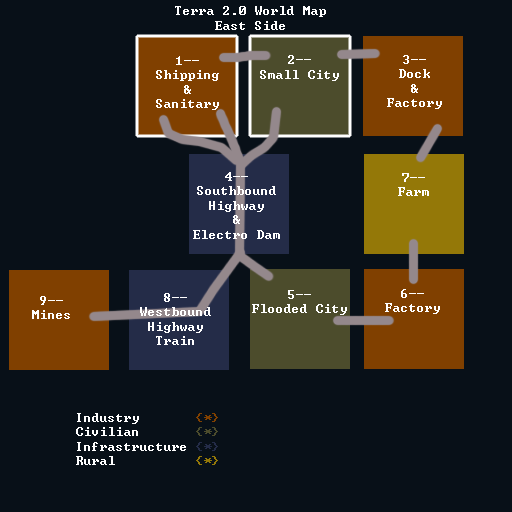