Hope you are doing well, Heralds! Laughing Machines are on the wire and we have something to tell you! The silence since our last contact was too long, so it’s no wonder that some of you began to worry about UnDungeon and its development. But everything is ok and we are working according to the originally planned schedule.

Before the Kickstarter campaign had been launched, UnDungeon was under development for more than a year and all team members had to combine the work on the game with their day jobs and attempts to learn new skills. Preparing the Kickstarter campaign also took a lot of energy and by the time it was complete we all felt very exhausted both morally and physically. In order to restore the strength, we took a break for several weeks.

We all lived in different places, quite far apart. From the very beginning, it was obvious that the team should be gathered in one place to successfully complete the development and maintain style and integrity. Therefore, we left our homes and have recently settled in a small, but very cozy office in Kyiv. Moving home, attempts to find the office, and of course legal issues took a lot of time. 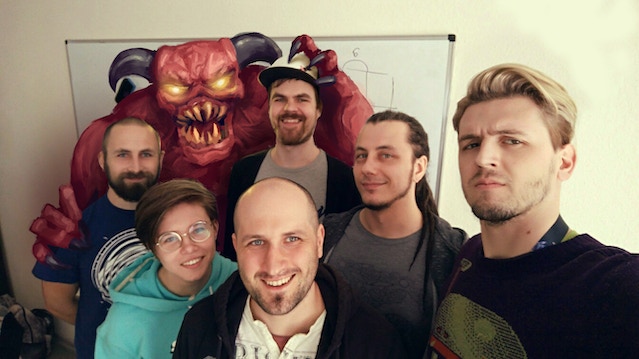 So, since recently, the team is united and strong spending all the efforts on a comprehensive improvement of the project. We used the small pause in the development wisely rethinking some aspects of stylistics and correcting mistakes made at the very beginning of the development (when we were very inexperienced and didn’t fully understand how our game should work and look in the end).

Not only the visual part was exposed to a partial rework, but the same fate has befallen many tools that we use to design levels and fill them with content. Below, you can get acquainted with the new variation of the Executor, which is now more compact, aggressive, and mobile - just as we’ve originally imagined it: 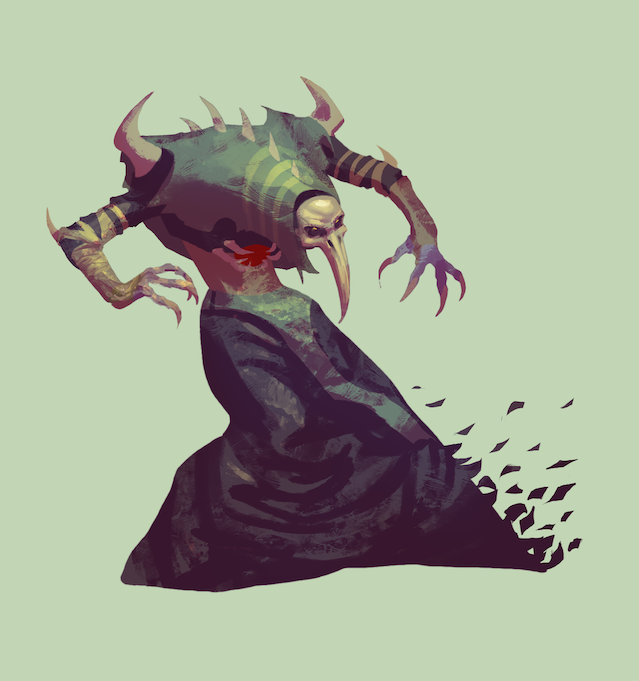 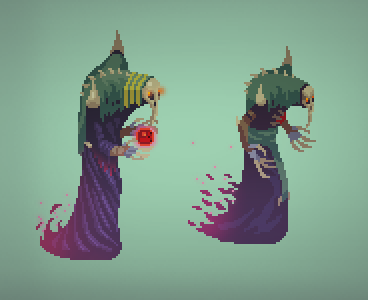 –And this is a fragment of a test level with the added panoramic background and parallax: 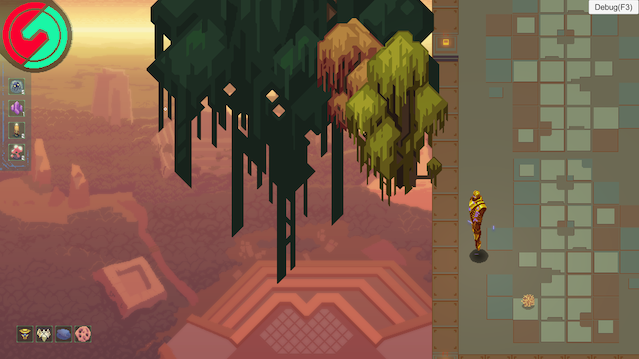 At the moment, we are gradually moving to the first demo version of UnDungeon. You can learn in our devlog about its release date and progress in development. By the way, updates in the devlog will be published more often. Besides, you can subscribe to our newsletter to be aware of the latest updates, news, and publications. Most updates will be published via Kickstarter as well to provide our backers with the vital information on the development progress.

And that’s not all the news. During the Kickstarter campaign launch, we didn’t publish the fund distribution chart since there were several reasons not to do so. The main one was related to various legal issues. Laughing Machines were scattered across three countries, so different legislative nuances prevented us from building plans we could vouch for between the backers. However, we want to be as open as possible with you, so it is important to provide a clear understanding of how your funds are going to be used. Currently, most sensitive issues have been resolved, and the amount remaining for the development after all costs are considered is known:

Another extremely important news is that we’ve finally launched the long-promised additional fundraising on our website. It works in a pre-order format. Moreover, in addition to the previously announced opportunities to support us via PayPal, you can use the card, as well as services such as PayPal, Credit Card, Amazon Payments and BitCoins, as well as pre-order UnDungeon as a gift. The collected funds will be used for finalizing and polishing the game, console ports, and stretch goals, announced during the Kickstarter campaign.

The on-site widget almost entirely replicates the pledges and rewards from Kickstarter except some useless in our opinion variants. So if you’ve missed UnDungeon’s Kickstarter campaign, you have all chances to catch up.