The first board for the party portion of the game has been designed and started in Unity.

I've finished designing the Baseball themed board for the board game portion of the game. I still need to add props and such to the scene, but that is going to wait until more important things get done.

I wanted to give you guys a look at how the board was created. So I snapped several screenshots along the way in the process. 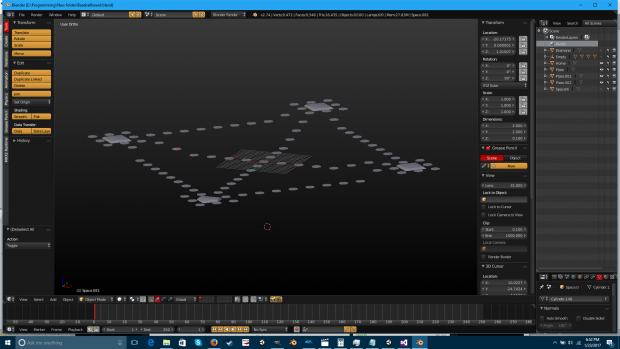 The first step was to create a model for the spaces and lay them out in blender in the shape of a baseball field. I then raised some of them up to provide a template for the terrain that will go underneath of it. 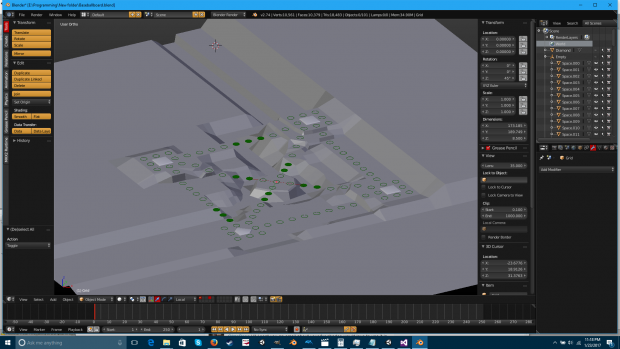 To create the terrain, I first started with a simple grid. I tried to line up the squares of the grid as best I could to the spaces above them. It was then a matter of moving the various faces of the grid up to match the height of it's corresponding board space. I wanted the pitchers mound to be an island, so I lowered the grid in the area around that and created some rivers coming in. 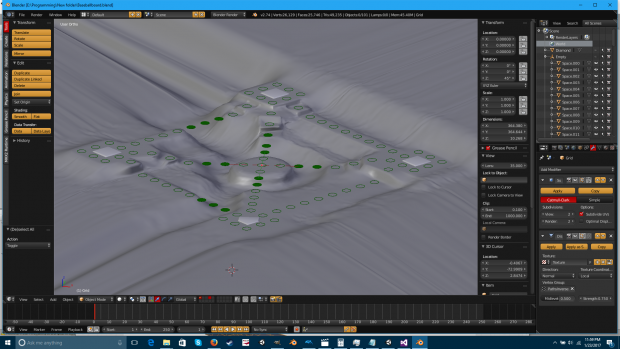 The low poly mesh then had a subdivision surface applied and a displace modifier on top of that to create a more natural looking terrain shape. A height map was created from by baking a displacement map from the terrain mesh onto a flat plane. 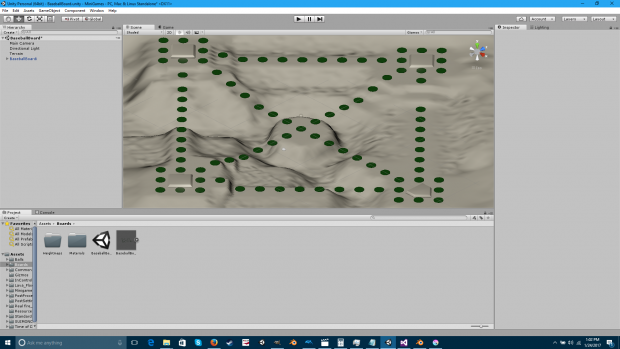 Here you can see the heightmap in Unity. Originally, I used GIMP to export the RAW file. But GIMP exports at 8bits and the terrain was very blocky looking. I exported from Krita instead. That fixed the blockiness of the terrain but the objects from blender didn't line up as well with the height with all that extra precision. So it did take some time to lower those to the right height for each of the various levels. I also needed to modify the terrain in Unity just a bit to make everything fit nicely. 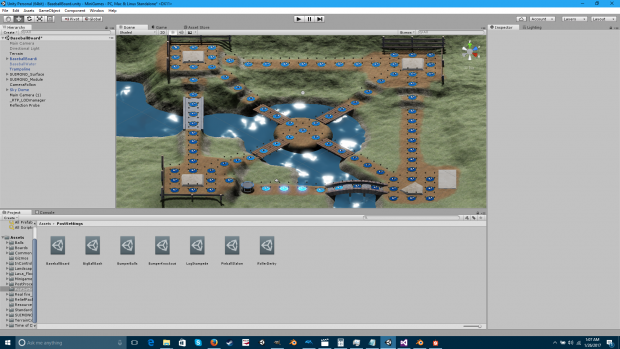 Here is the final terrain with all of the objects in place and the textures finished. The river is made with Suimono water system, the terrain is textured using RTP, and the sky is provided by Time of Day. 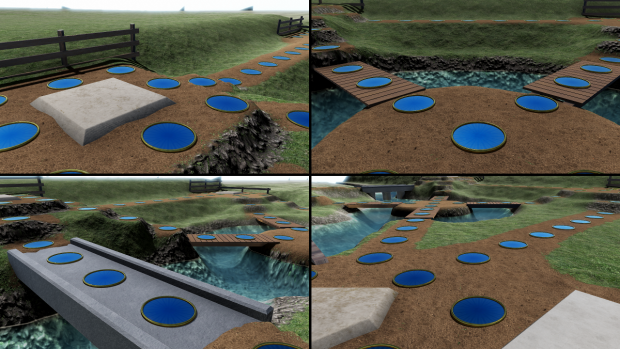 Here are some game level screenshots of the terrain. I still haven't finalized what the camera angles will be in the actual game, but when I do I'll have a better idea of which parts of the landscape need to have artwork in there to avoid large blank areas. For now I haven't added any props aside from what is necessary for the board itself.

Next I'm going to go back to finishing up all of the things that need to be done for the 6 finished mini-games in preparation for a Kickstarter to hopefully help me finish the game.