Finally some screenshots of the speech generation, with lots of progress on questions, answers, negative responses, bored responses, and more!

Posted by UltimaRatioRegum on Jul 30th, 2017

This week I’ve basically been playtesting everything that I coded in the previous three weeks since development actively restarted: this meant playtesting the mood system, playtesting NPCs becoming annoyed with you, making sure NPCs can say a tremendous range of things when you ask repeated questions (as ever, variation and believability are central here, and the two go hand in hand), and then seeing what happens when you ask NPCs all the questions you can ask, and making sure they can give some kind of logical response to them. NPCs should also be able to end conversations, make appropriate comments when they don’t want to respond something, choose what to not respond to, and so forth. I’d say pretty much everything in this selection seems to be working now! Here are some nice screenshots, all taken with one person from one civilisation for each demonstration. You’ll note the [thing] sections remain ambiguous, which is one of the tasks for the coming weeks, but hopefully here you can begin to see how NPCs give you reasons for not responding in various ways, or commenting when you say the same thing too regularly: 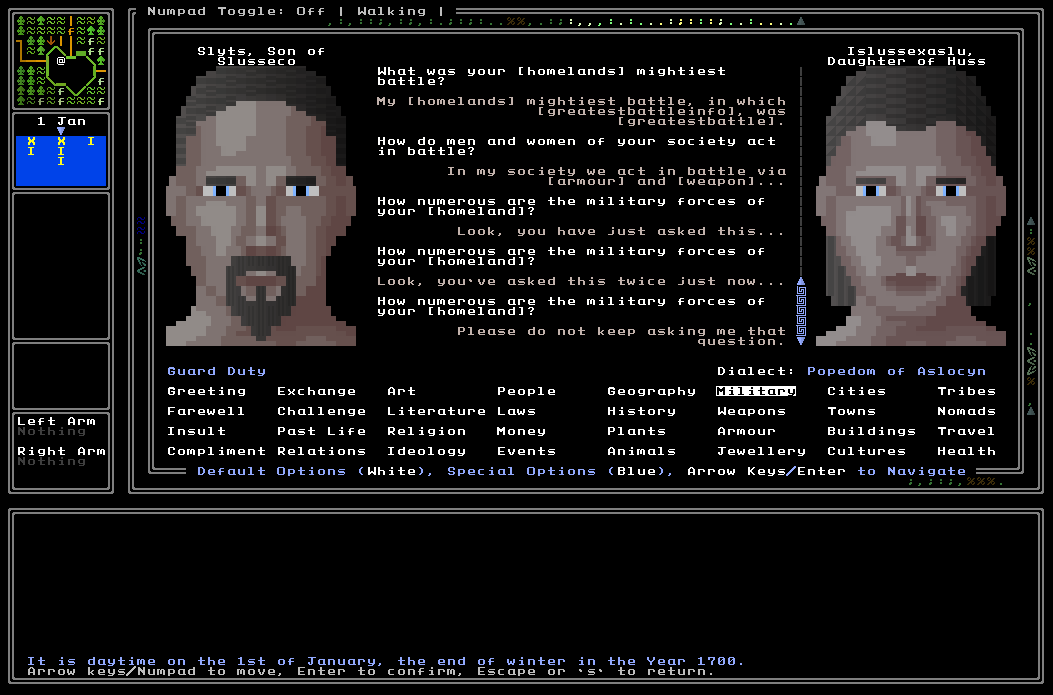 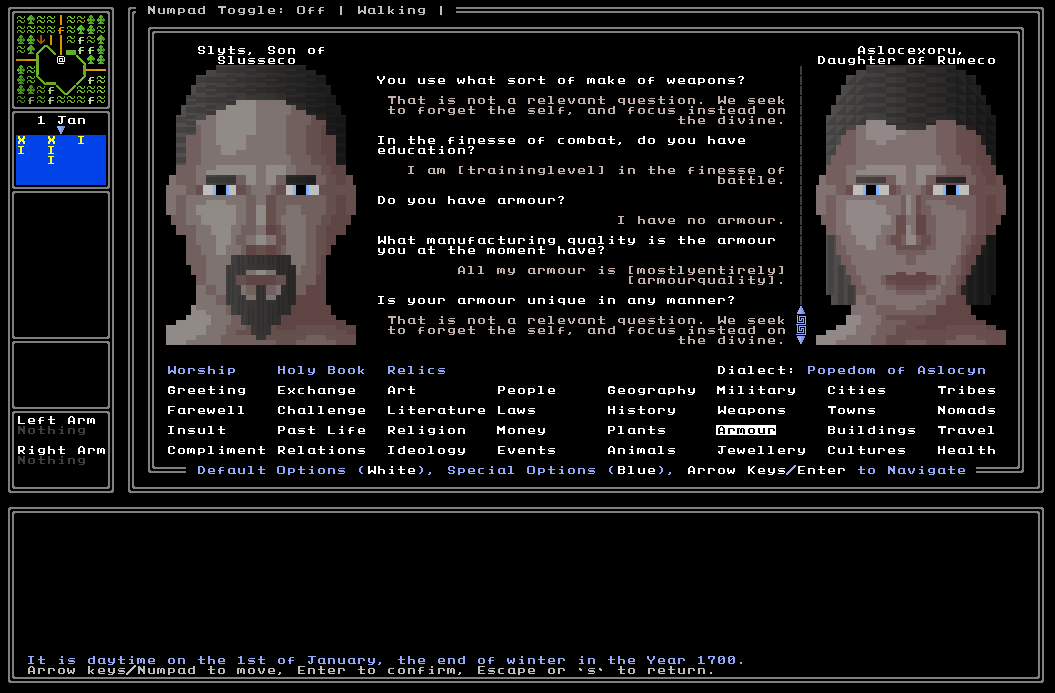 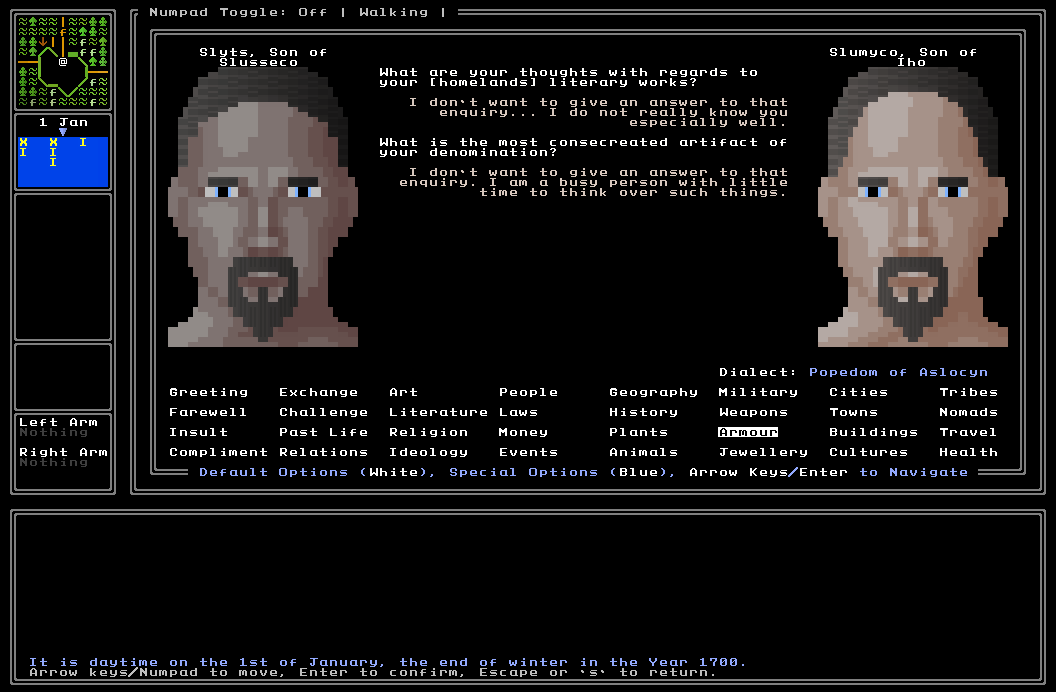 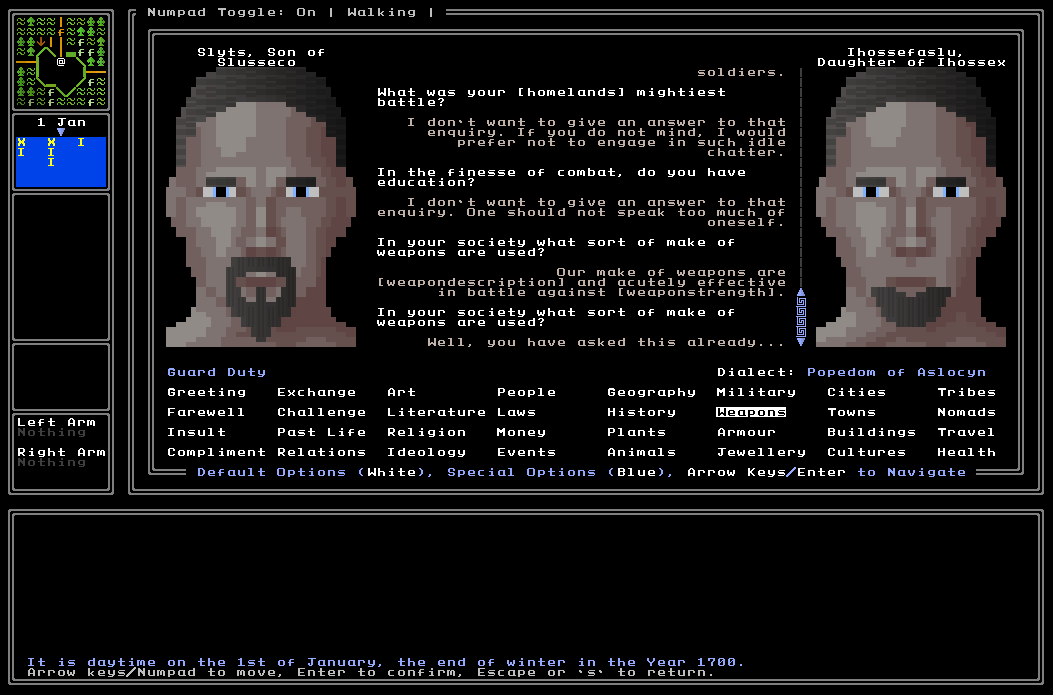 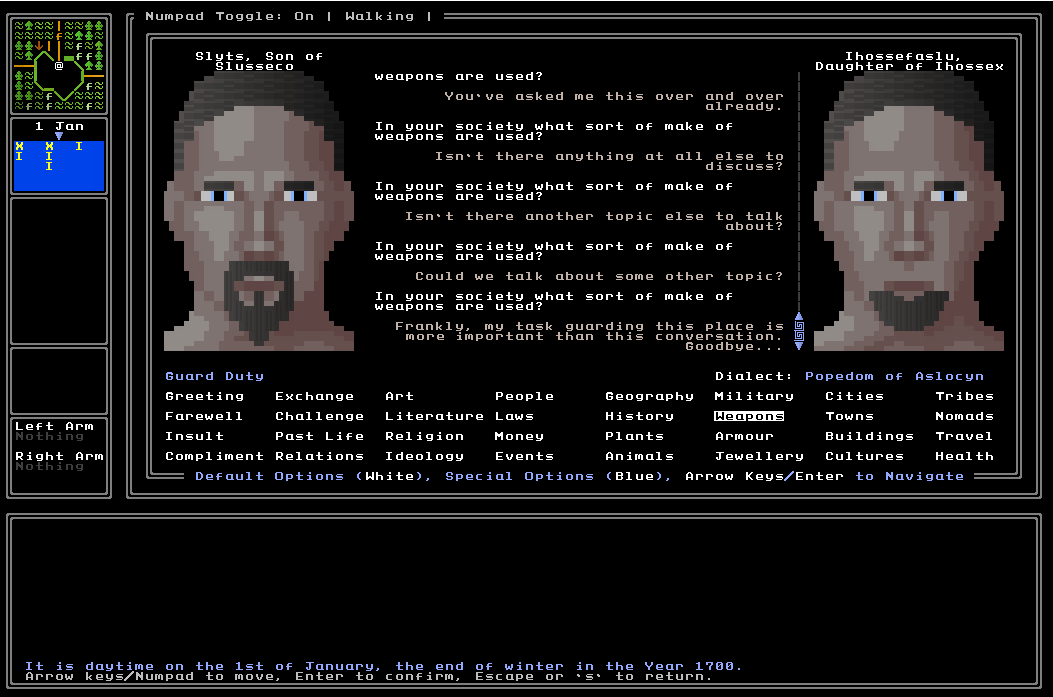 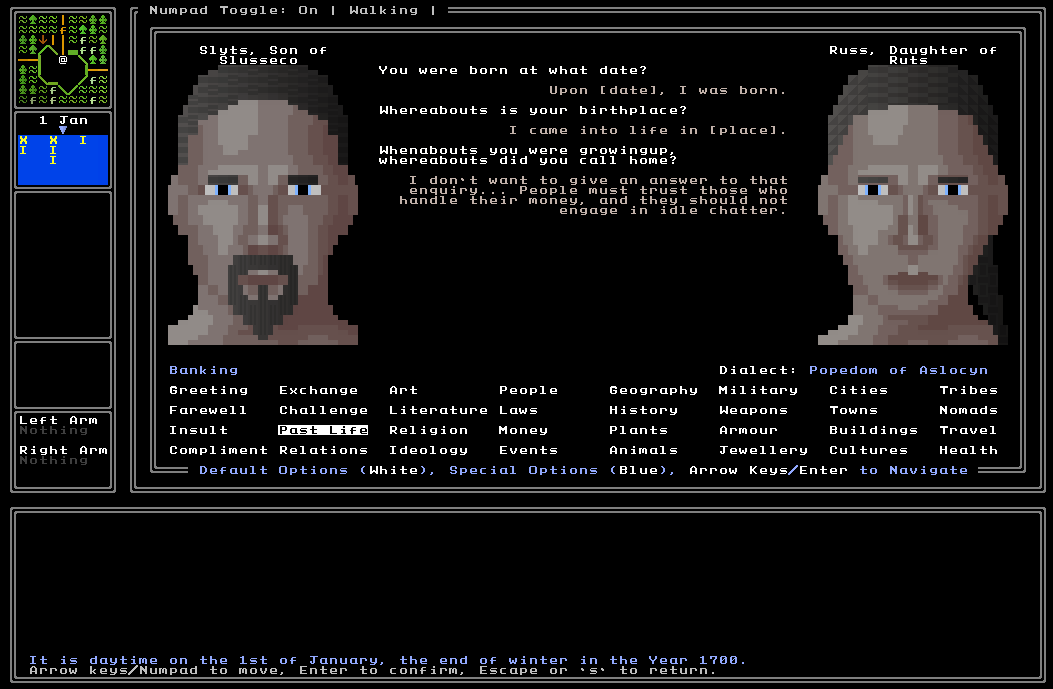 Some more work still needs to be done on the “naturalness” of what people say, and ensuring variation of all sentences, and so forth, but you can immediately get some idea from these about how things are shaping up with some of their more detailed responses, and the variety in responses, and there’s also of course a vast amount shown here with unique responses for certain classes, certain questions, certain questions asked to certain classes, asking certain classes from certain nations about certain topics, and so forth. As above, my goal is always to ensure the player might be able to see a new kind of statement in a new context, something that makes the conversation system feel truly deep and open-ended and potentially-infinite, whilst also being able to understand the many factors and many elements encouraging the NPCs one meets to respond in the ways they do. (One might also note a strange name for one NPC – need to fix that! I also got one NPC called “Son of Sluts”, which was pretty great – I’ll be sure to add that to the list of excluded terms). These screenshots have also shown me I need to find a way to add more facial variation to people from the same racial background; although in a global sense the variation is still huge, people will be spending significant blocks of time in one area, and that needs to vary more. I won’t be doing that in 0.8, but probably in 0.9. Next week: more conversation programming! Will be focusing on expanding “uninterested”, “stupid” and “suspicious” responses, people giving political or religious reasons or whatever for not answering things, and how to handle repeated insults and repeated compliments. See you then!