It has been a good year for modding and mapping. Check it out what its on on the mod by now.

This will be, probably, the last update of the year. In this one, I will show what I have so far on the mod and what's left to do.

Today I released a really fast preview of how's the mod going on. I didn't want to show all the stuff right now. I would prefer to you guys to play it, but I think I can show a little more soon.
The trailer features almost all the completed missions, not all. Some were left off, but it only shows the 1% of the cinematics. Just to see what the mod is, and how it looks when playing. 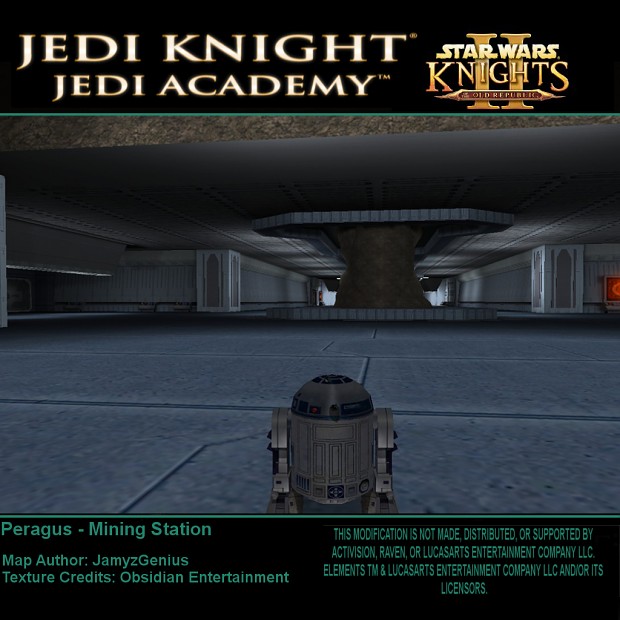 SCRIPTS AND MISSION COMPLETED.
THE MAP IS COMPLETED, BUT CAN CHANGE. 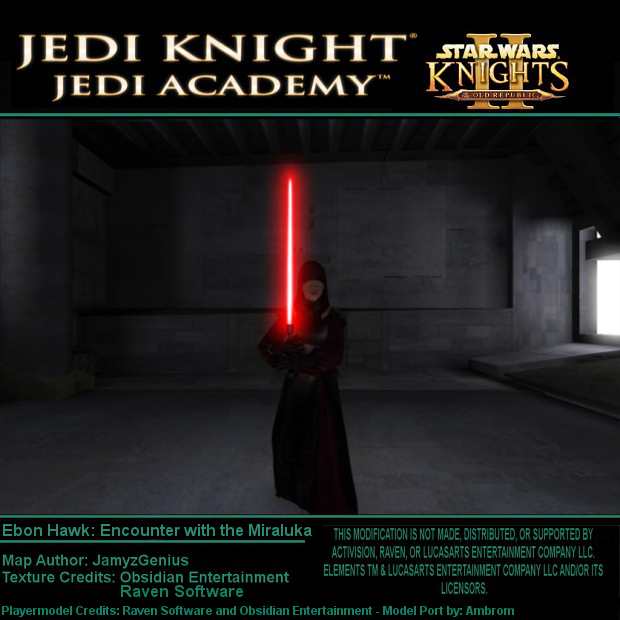 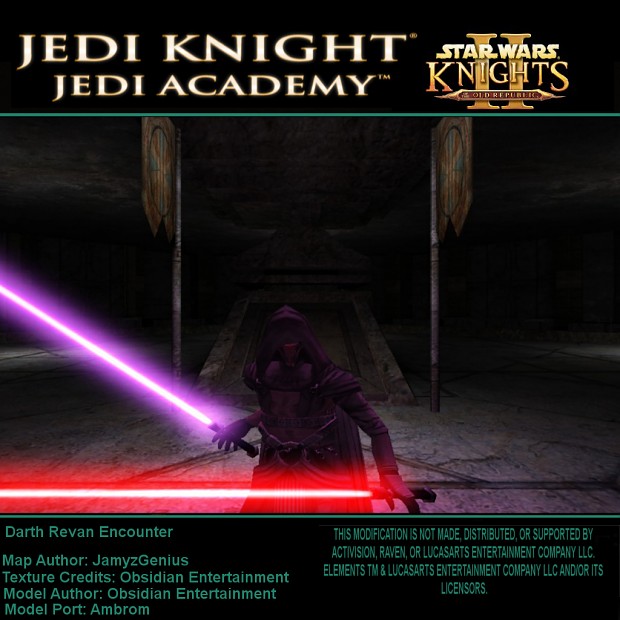 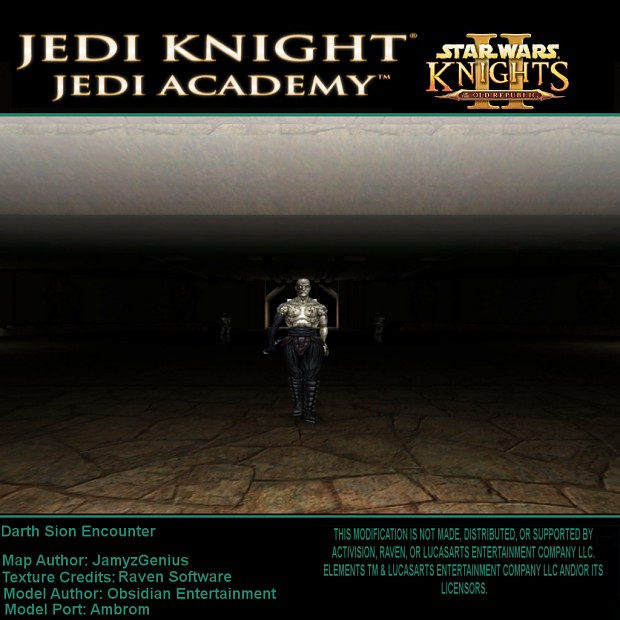 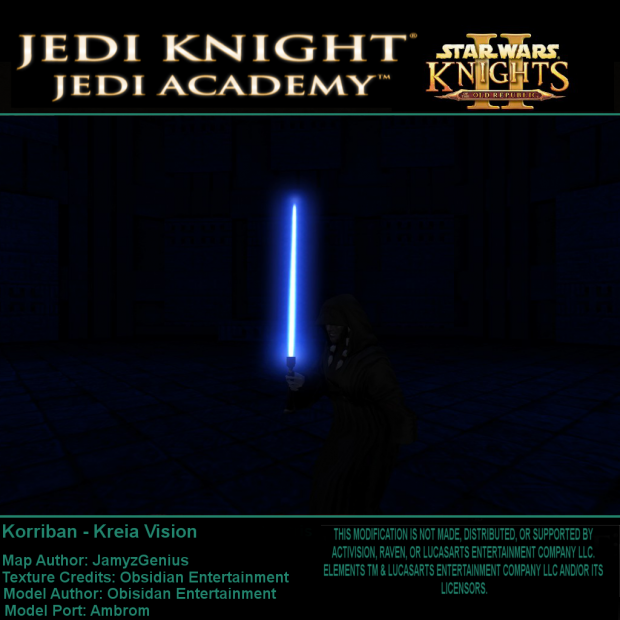 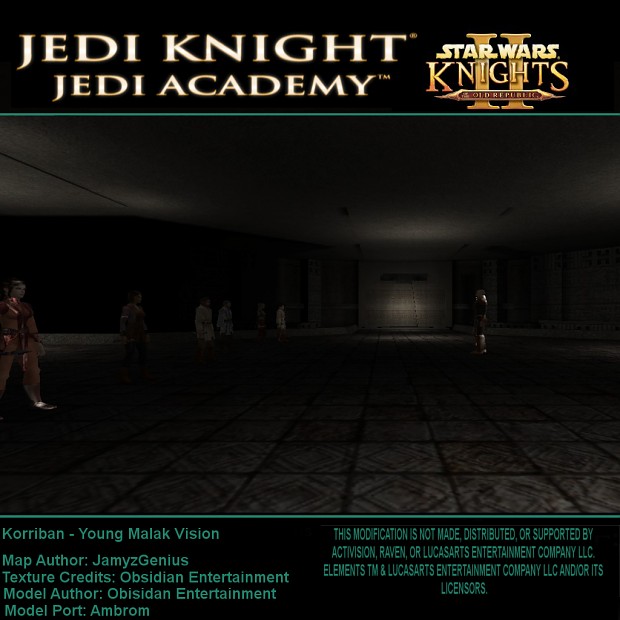 MISSION COMPLETED (SCRIPTS) - THE SKIN OR MODEL IS A PROBLEM, THERE IS NO ZEZ KAI ELL MODEL.
MAP FINISHED 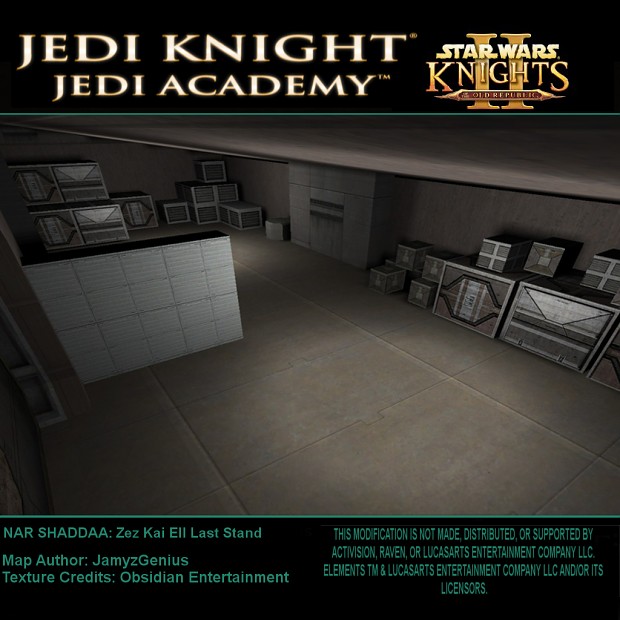 MISSION IN PROGRESS (SCRIPTS) - THE SKIN OR MODEL IS A PROBLEM, THERE IS NO JEDI MODEL.
MAP FINISHED 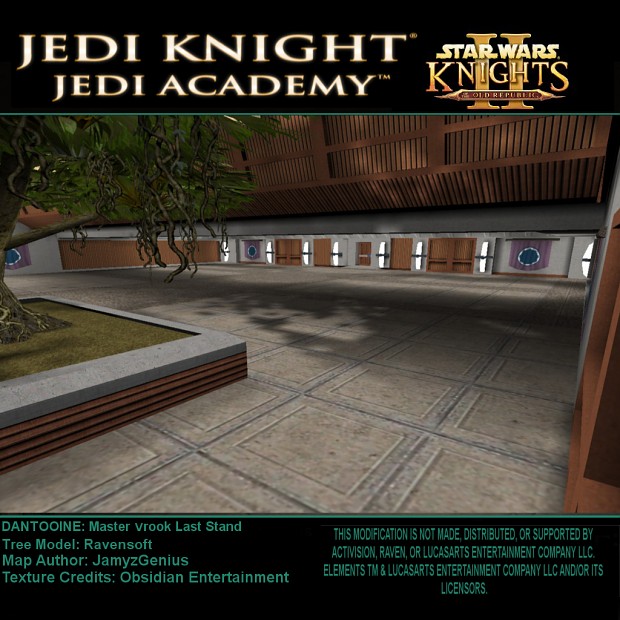 SECOND ONE IS COMPLETED. MANDALORIAN OUTPOST IS STILL IN PROGRESS (SCRIPTS)
MAPS FINISHED 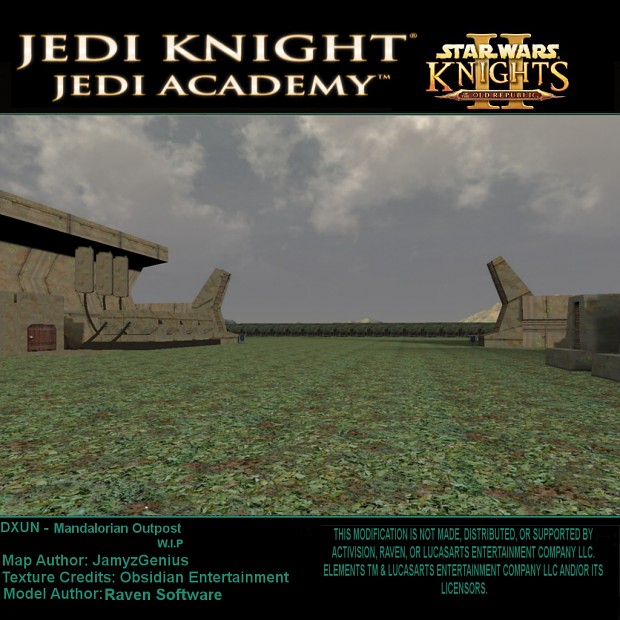 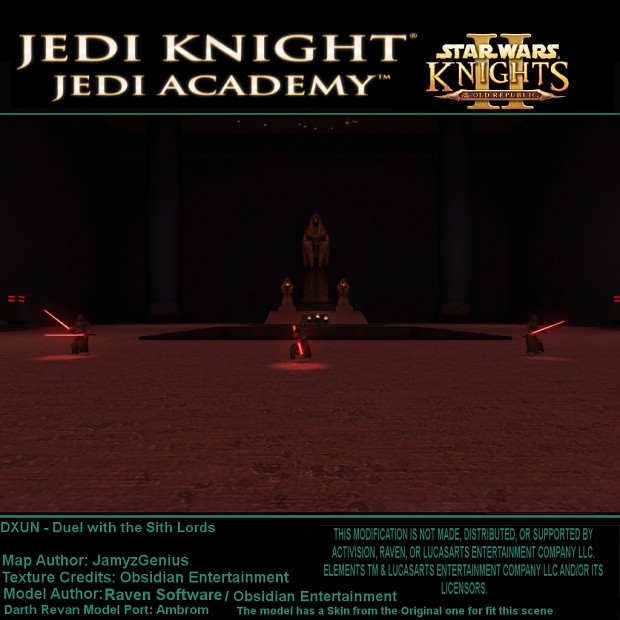 MISSION COMPLETED (SCRIPTS) - THE SKIN OR MODEL IS A PROBLEM, THERE IS NO KAVAR MODEL.
MAP FINISHED 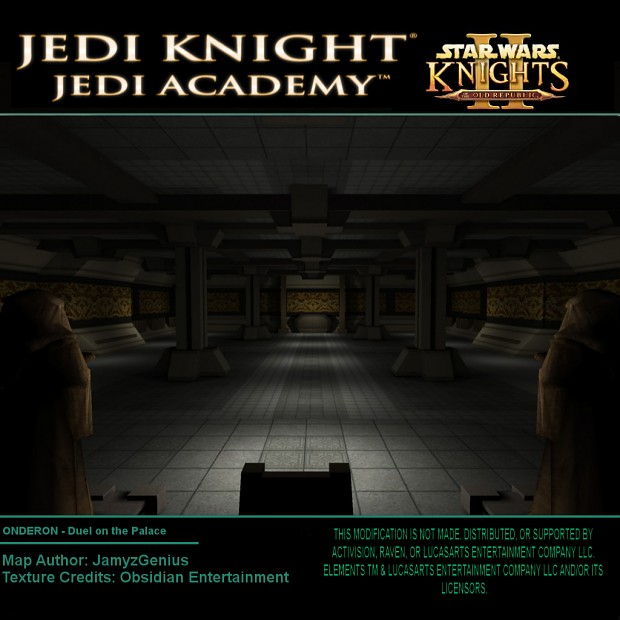 THREE COMPLETED, MISSIONS AND MAPS. BUT THE CITADEL STATION UNDER ATTACK IS STILL IN PROGRESS AND WILL BE DIFFERENT FROM THE ORIGINAL PICTURES. MAINLY WITH RED LIGHTS AROUND THE AREA AND TONS OF ENEMIES INSTEAD OF CITIZENS.
3 MAPS FINISHED. 1 NEEDS WORK 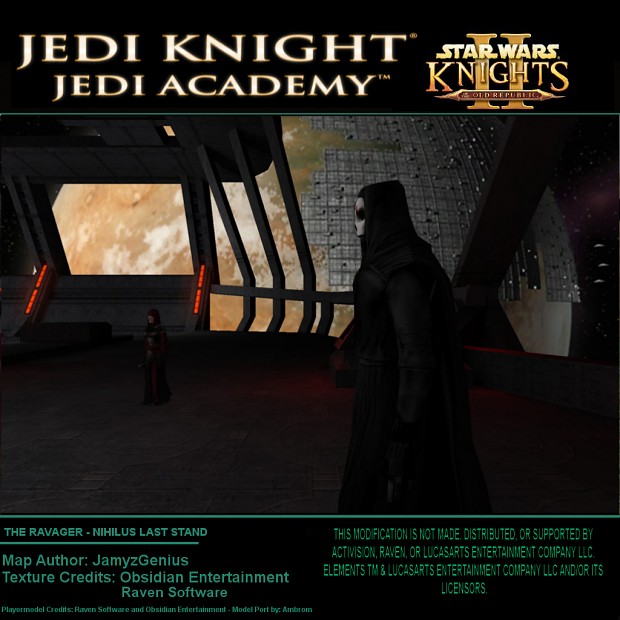 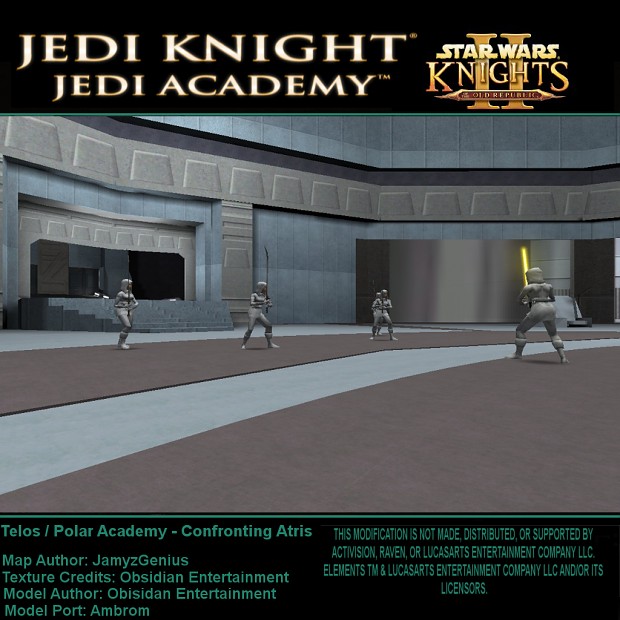 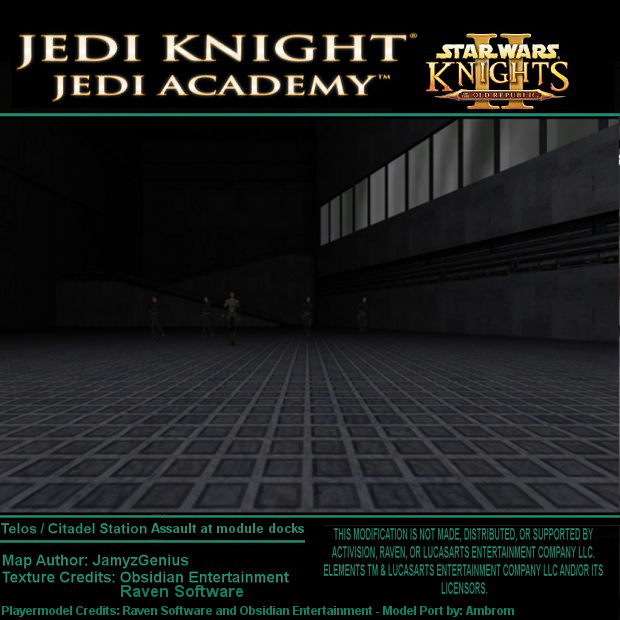 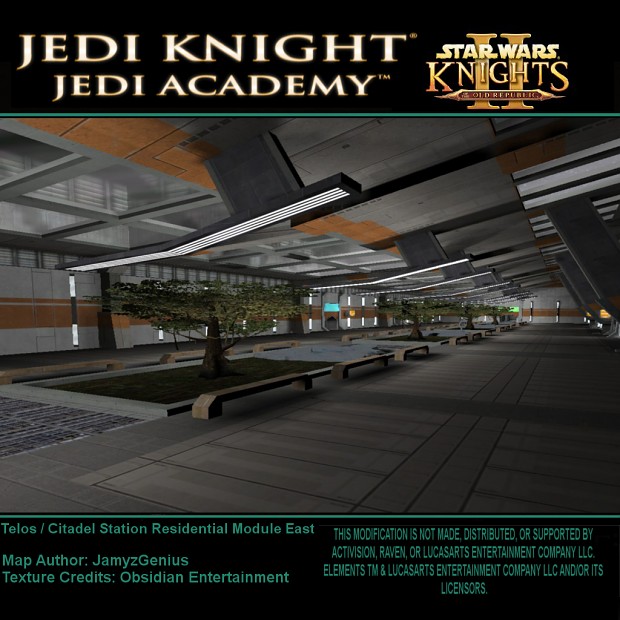 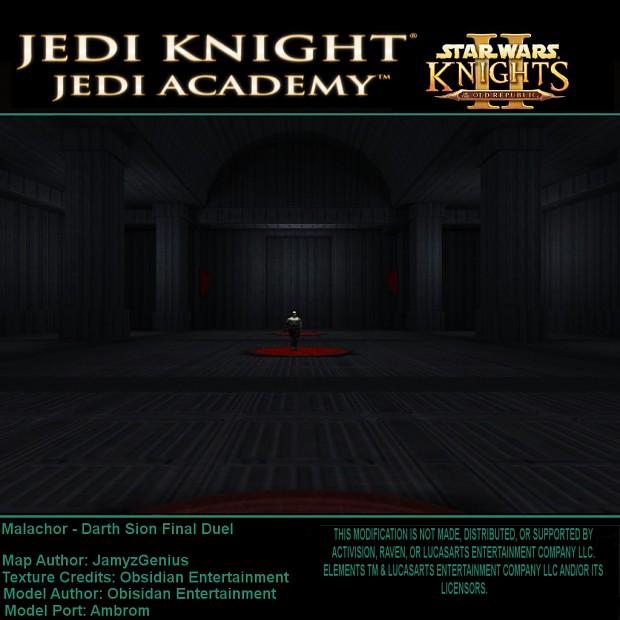 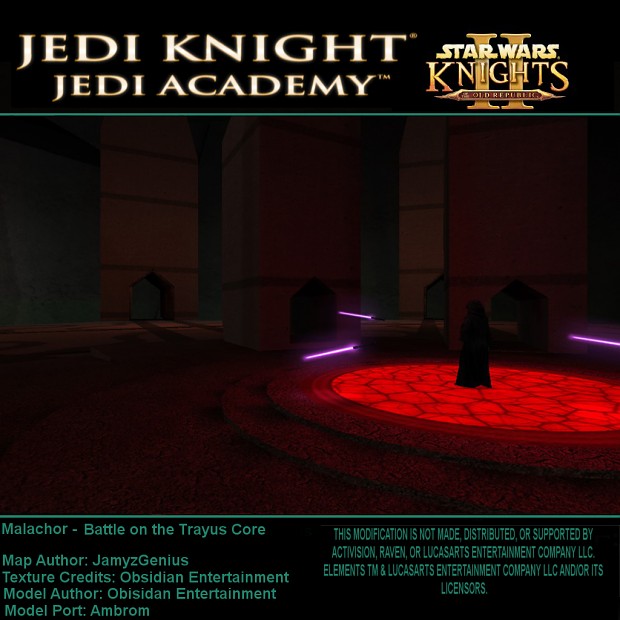 That's it guys, almost all the core missions are completed by now. Probably I will add more, probably I will delete some, depend of the capabilities of JKA. Also, I deleted the extra Ebon Hawk missions because those were really unnecessary at the moment.

Thank you so much for your patience and support. The core mod is almost finished, probably ready for around this months.

Best Regards!
Happy Holidays and Good Life for the next year.
The best for yah!
JamyzGenius

When I first saw this mod (quite a while ago) I thought it would just have key fight scenes but it appears that it will include full missions? Now the only thing that seems to be missing is the dialog options and rpg mechanics...

Also I played a JKJA mod which let me pick up light sabers. That was really fun!! (The mod I'm talking about: Moddb.com ) So if you can get that to work it will be awesome! Although a full inventory system would be obviously better.

Very good news! It seems the mod goes very well, despite the few little problems(like the lack of some models in the community).

hoho missed this
what models are missing exactly?