After over 2 years of active development, final version of Warlock's Gauntlet is ready. You can play this top-down spellcaster on Windows, Linux and Mac! 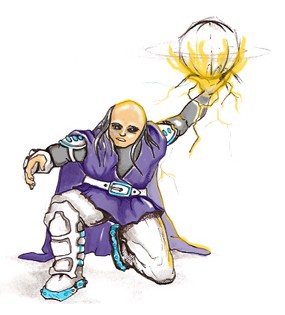 One of the first concept arts for Warlock's Gauntlet

We are now ready to present you with a final version of Warlock's Gauntlet. We have been developing this game for over 2 years, keeping all assets and code open.

If you have played one of the previous version you can still find 1.0 version fun, because we not only fixed some bugs and improved game balance, but also bundled map editor with the game (unfortunately editor is as for now available only for Windows). There is also a possibility to build custom mod, because all data files are open and editable. Most of them are simple XML files and PNG images. If you have any question regarding modding we'd be glad to help.

We also hope that 1.0 won't be the end of Warlock's Gauntlet history. We still have some fun ideas to implement, be we need your support and feedback!

For those of you that don't know Warlock's Gauntlet yet, this is a top-down spellcaster (as opposed to top-down shooter) that you can play yourself or with your friend in hot-seat co-op mode. The game looks like this: 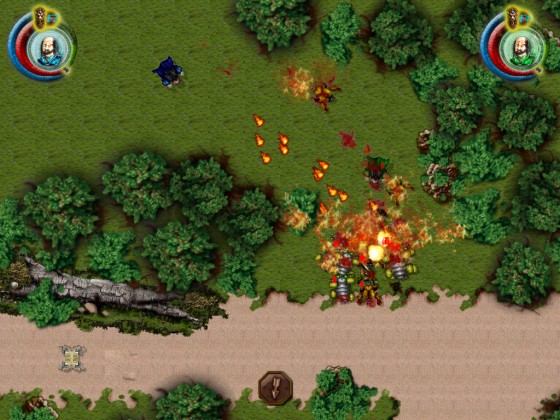 My notes:
-white contour around some sprites
-no story or anything like that! (no goal to achieve?)
-nice graphics
-congratulations that u finished it :)