Hi, dudes! This week we're going to talk about our character. Our friendly heroes belong to a (yet) unknown alien race. They will have to deal with hundreds of disasters.

Hi, dudes! This week we're going to talk about our character. Our friendly heroes belong to a (yet) unknown alien race. They will have to deal with hundreds of disasters.

We've used 3D Max to create the models. Our artist needed four days of work to make it. This is the result. 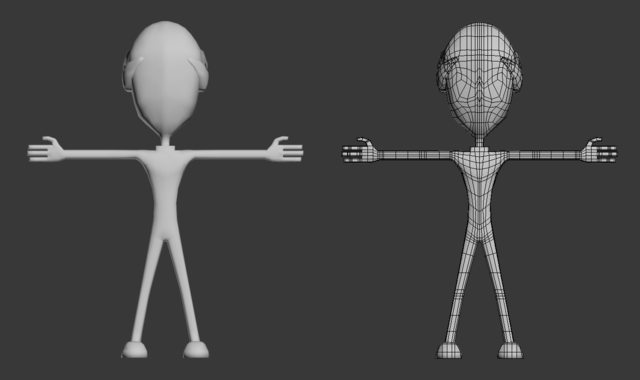 The model has been made "plane to plane". He hasn't used any basic figure to work over it. As you can see, the character has a very long body. The extremities would move in a similar way to Bender from Futurama, as if he had no joints. For the feet, our strong reference is Marvin the Martian, the famous character from Looney Tunes. And for the head, we were inspired by the Asaris from Mass Effect, the mythical trilogy from Bioware. 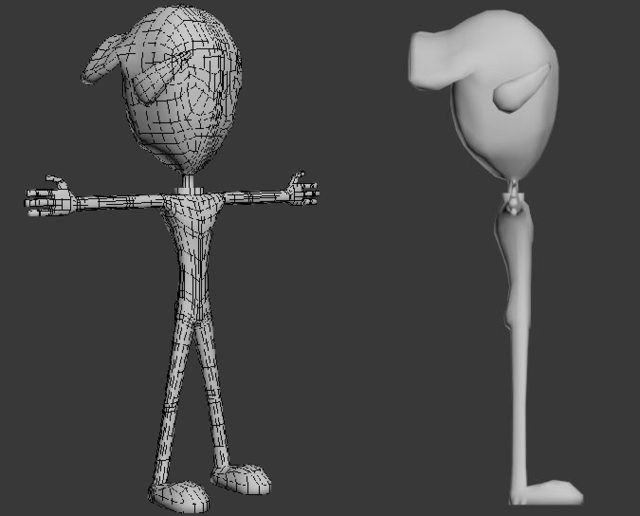 Our character's model has around 2300 polygons. Is more or less the recommended number for a main detailed character (not in AAA). We haven't proved yet his efficiency on the game. Anyway, we think that we won't have much problems with it.

The anatomy model that our artist used is from a biped with four fingers. It has joints in fingers, wrists, elbows, shoulders, hip, column, neck and of course, legs. 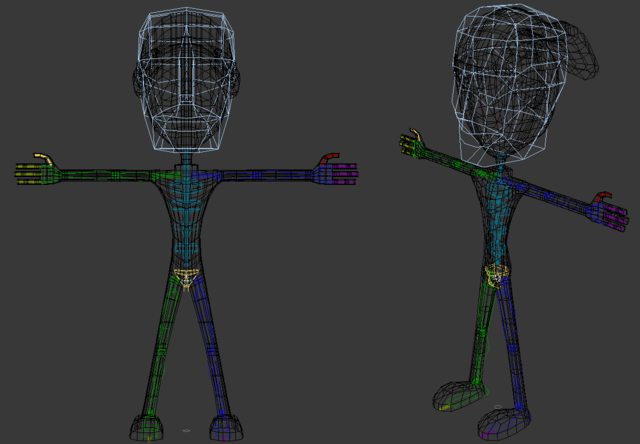 Finally, we want to talk you about our hero’s main tool. It’s called CW-3000. This useful tool is composed by a crescent wrench, welding gun, hammer, a touch screen where you could modify any feature and a WiFi reciever, all in one! This tool is for our protagonists like the crowbar for Gordon Freeman or a light saber for a jedi knight. Without it, they wouldn’t be able to survive the dangers from outer space...or your own ship. 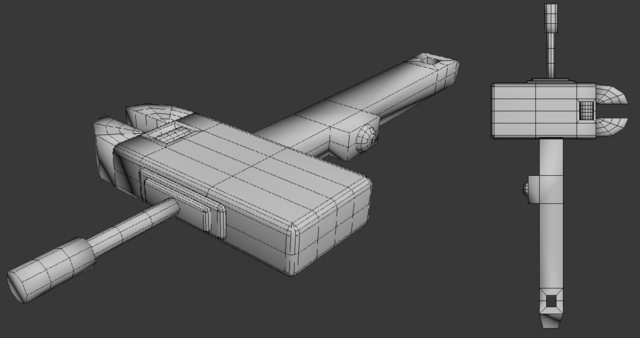 Next week we’ll have finished the animations. We’ll upload a video to show you how he moves.

Don’t forget to give us your feedback to improve our game all as we can ;)

Thanks to Sketchfab we can show you our models in detail. Check it!