Level design has started for the final level and music for most levels is complete.

Hello there!
We are in the final week of finishing up our game to test for Dream Build Play contest. This week I have been working on the Sky Island and fixing the problems we are having with the High Pass levels.
I will also be working on the final level called Shadow Island. This level is inaccessible until you beat every other main level/boss in the game. Shadow Island is basically meant to be a giant weapon that rises out of the ocean. Simon must race to the top of this vertical scrolling level and defeat the Final Boss before he can wreck havoc on the rest of the islands in his world.
On another note this week I have also been working on new music like Industrial/High Pass music and making changes to some previous songs like the Frostbite music. As it stands right now we have music for the Industrial, Frostbite, Black Ash, Tropical Village, Sea Floor, and High Pass levels.
Well that about wraps it up for things being done with levels/music this week; be sure to check back with us here next week for more updates.
Later,
xXIIBRANDOIIXx 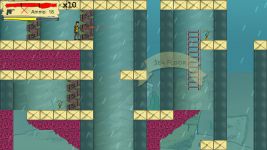 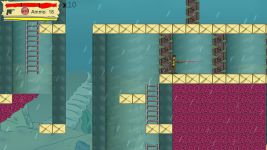 We're at a little standstill for what we want to do for the lives system. Currently you have 10 lives and when you lose those 10 lives you start losing medals (which you use to upgrade weapons). We wanted to have a penalty for dying so you don't just power through levels with no remorse. Here's a few key notes:
-Lives are just a safety net to prevent you from losing medals.
-Lives can be bought from the in-game store.
For skilled players there really won't be a downside to this model. For the less skilled who die often it just turns into them losing all their medals, so they won't be able to upgrade to better weapons to help them out.
The way it's currently setup really hurts the less-skilled players so we're looking for some suggestions that anyone may have!
Jeff 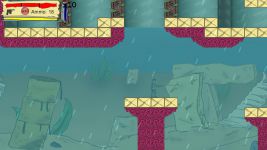 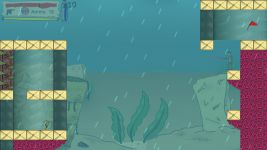