Upcoming version 3.19 has reached beta 5 stage. Stable version will be hopefully released around mid-semptember. And yes, we are on Steam Greenlight too.

It's the fifth beta of version 3.19 being worked on now. And played too, as UrW lifetime members have early-access to beta releases. There are still couple of dozen (mostly minor) issues that we are eager to handle before giving 3.19 a stable stamp, and going for a public release. But in general current beta already offers more pleasure than pain. People are happily dragging big kills to their campsites, breaking staves and shields in combat, and getting robbed by robbers: 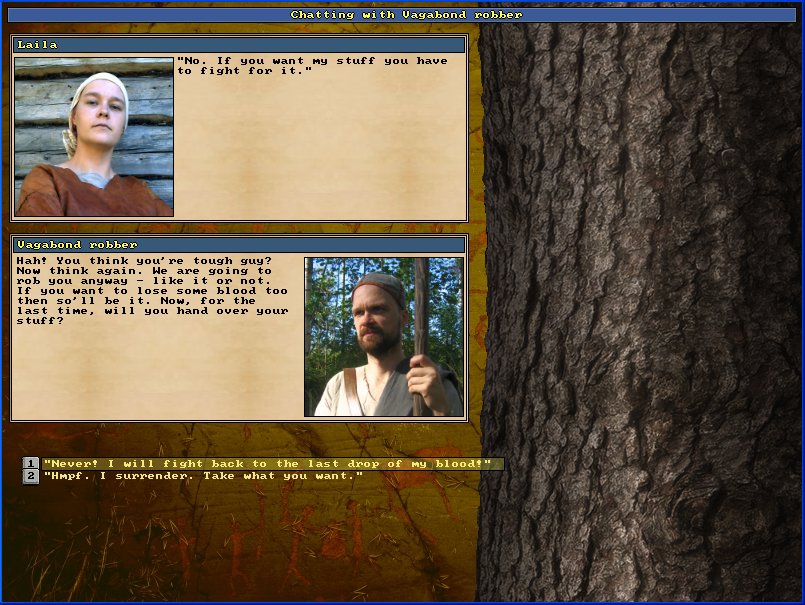 And if the world gets rougher, the user interface does not.
In upcoming version 3.19 burden of memorizing and using key combinations is eased quite a bit.
Running, hiding, sleeping, waiting and getting up commands are now grouped up and activated from a single movement and rest actions menu: 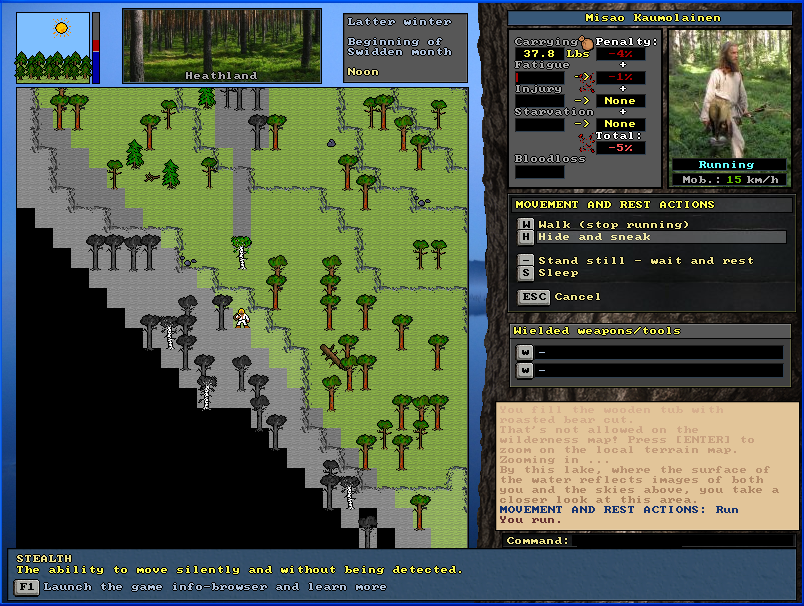 ...and handling containers gets a special convenience boost. All the container actions (emptying, filling with water or milk, and pouring something into) are now done via [a]pply command. After [a]pplying a container you get to select a desired action from container handling menu: 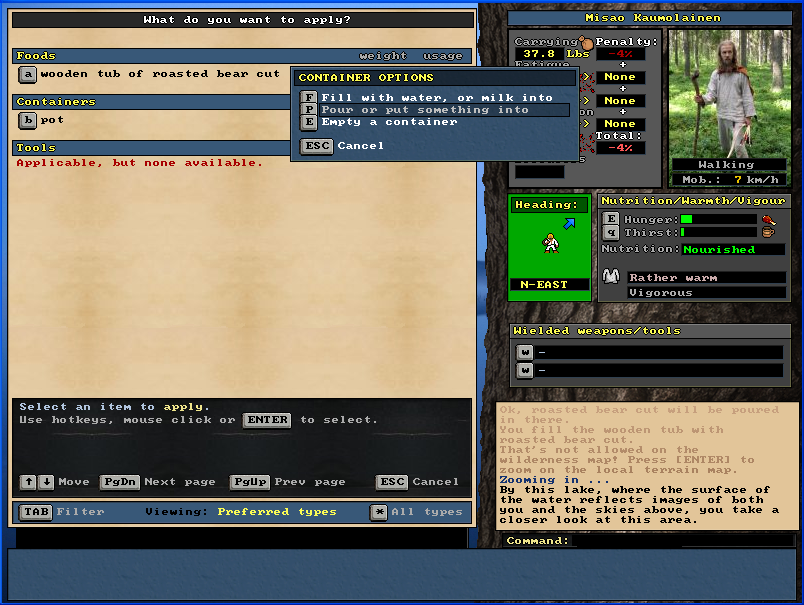