Field report 15: Updates is about an updated website, union soldiers, the enfield rifle as well as introducing a new teammember.

Hello and welcome to our fifteenth field report!

We’ve updated our website at Warofrights.com quite a bit in order to present our game to the first time visitors a bit better. It is now possible to find an F.A.Q. section which will answer the most commonly asked questions. The forum has also gotten an update in visuals. 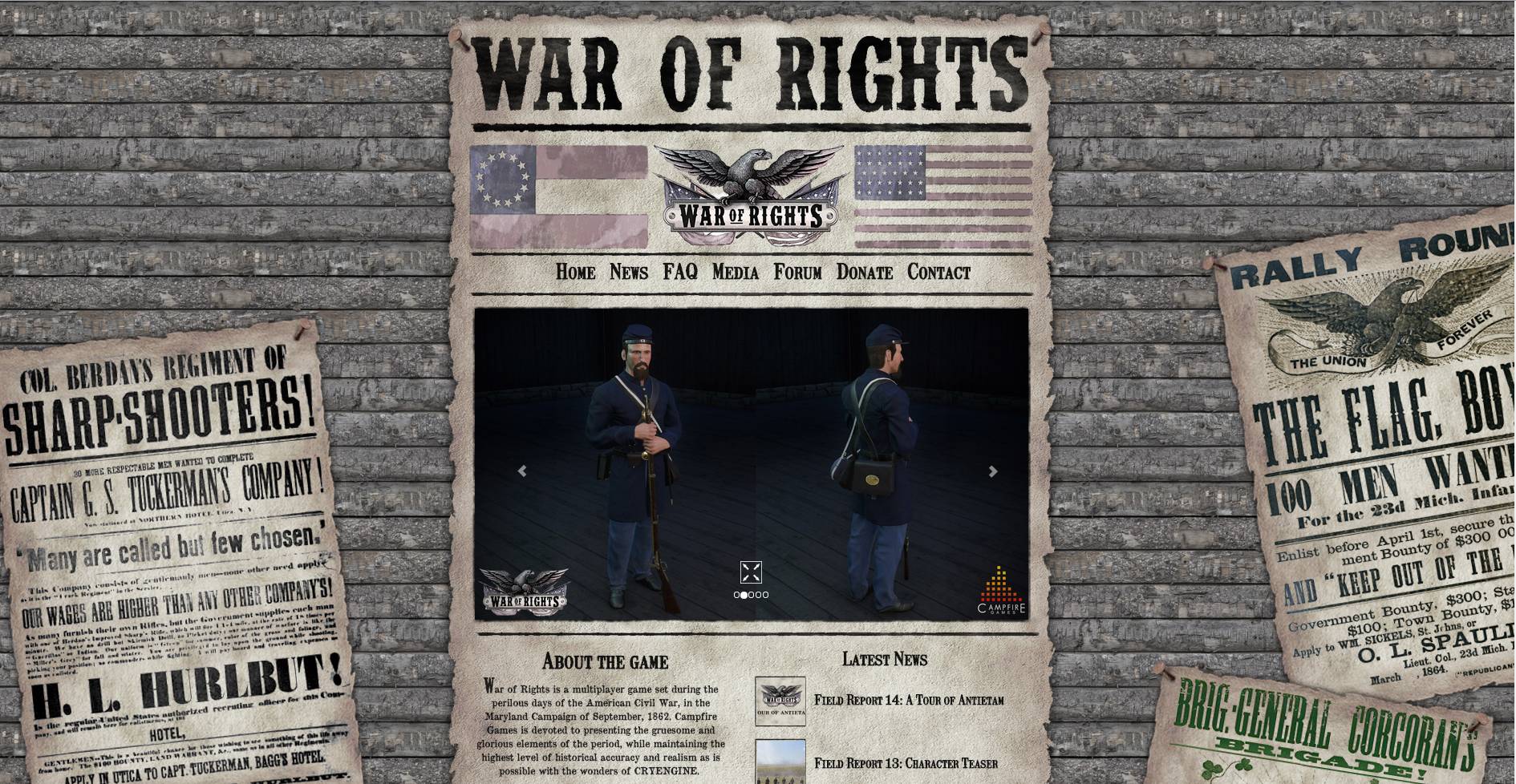 Stuart has given the much loved and widely used Pattern 1853 Enfield an overhaul. We didn’t feel like the original enfield rifle we had held up well enough to the other assets ingame so he was charged with creating a new one. Heres a render of the low poly, ingame ready result. 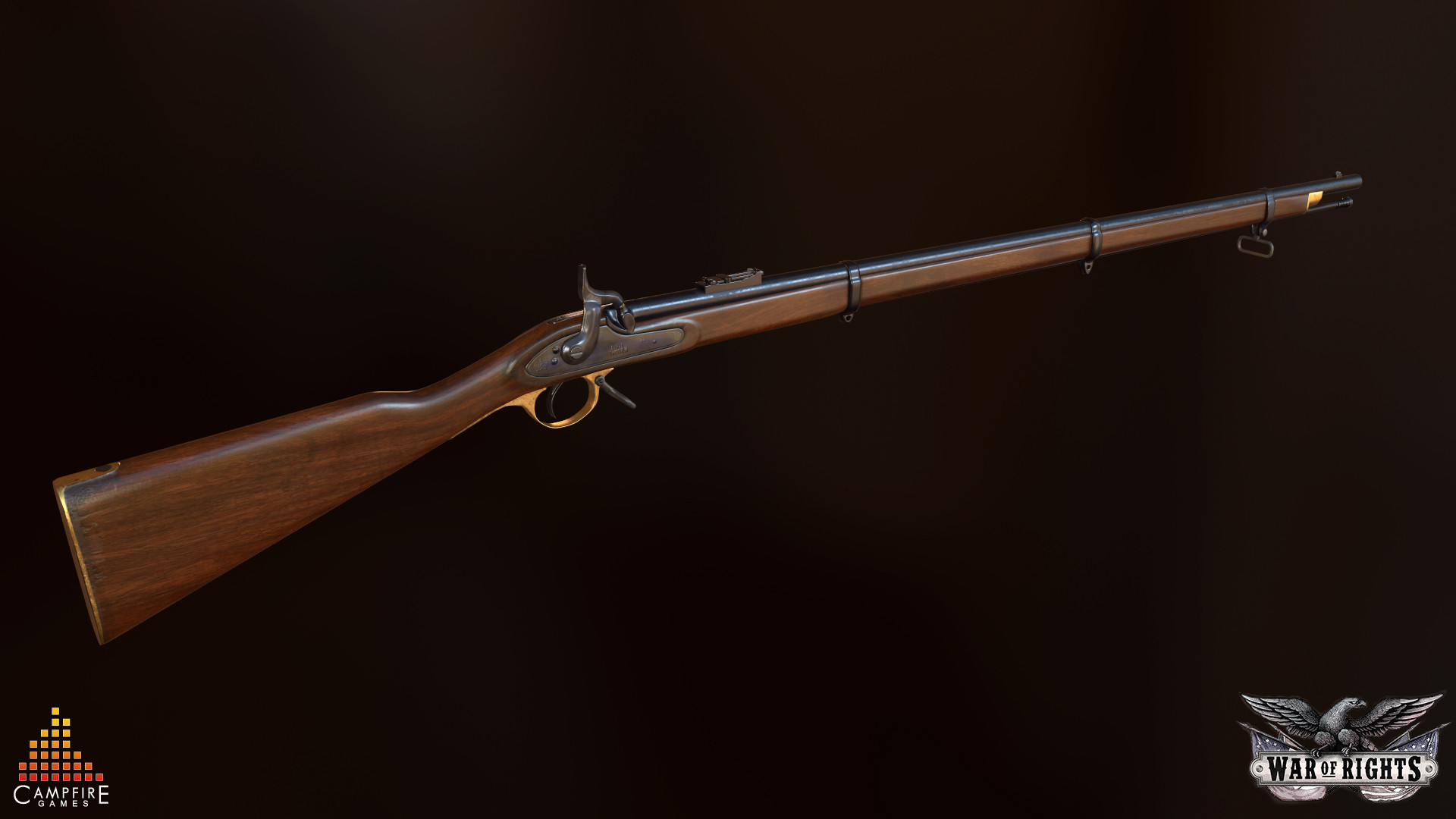 New additions to the union soldiers

Pat has been working on adding additional face and hair variations to the characters in general as well as adding a few new items such as the forage cap. He’s also completed the union private sack coat wearer. Here’s a few ingame screenshots of the additions. 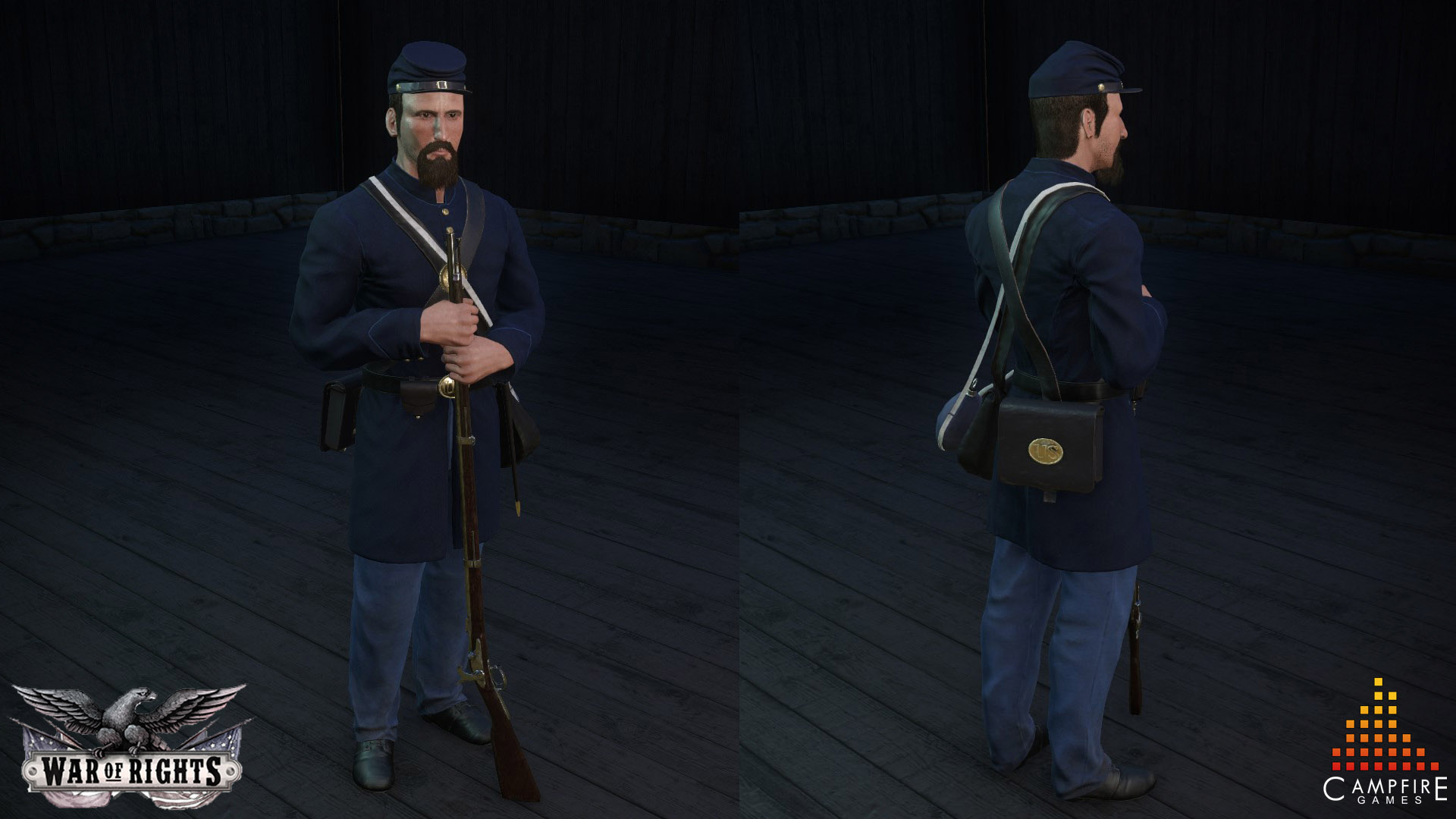 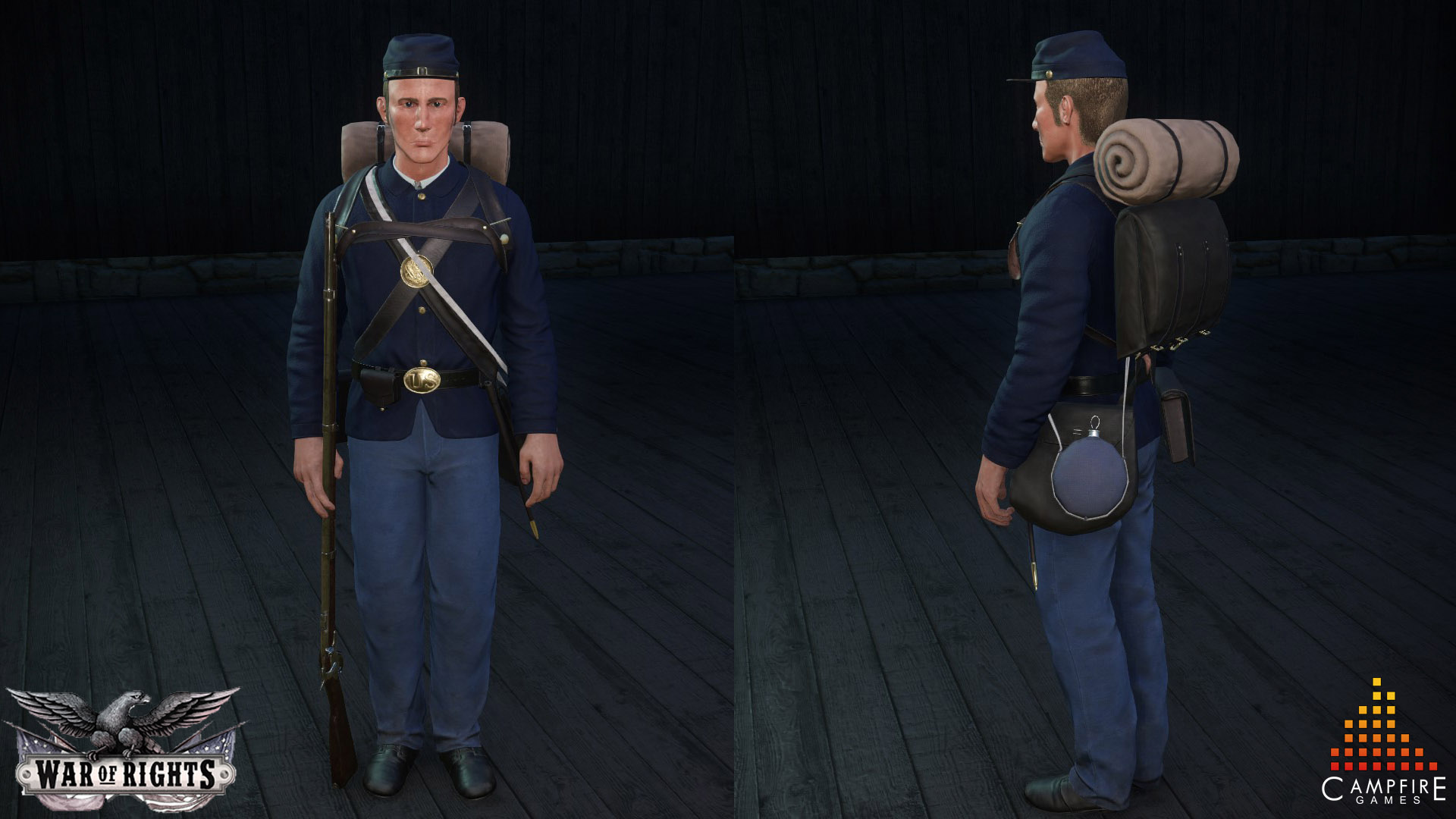 We’d like to welcome Alireza Khajehali, also known as Maximum-Dev to Campfire Games. He’ll be updating the textures the most in need of an overhaul throughout our maps as well as produce some high quality environmental models such as rocks for us. We’re very pleased he has chosen to join us and we’re sure our environments and general look of the game will benefit hugely of having him on the team. Here’s a look at some of the first assets he’s been producing for us. 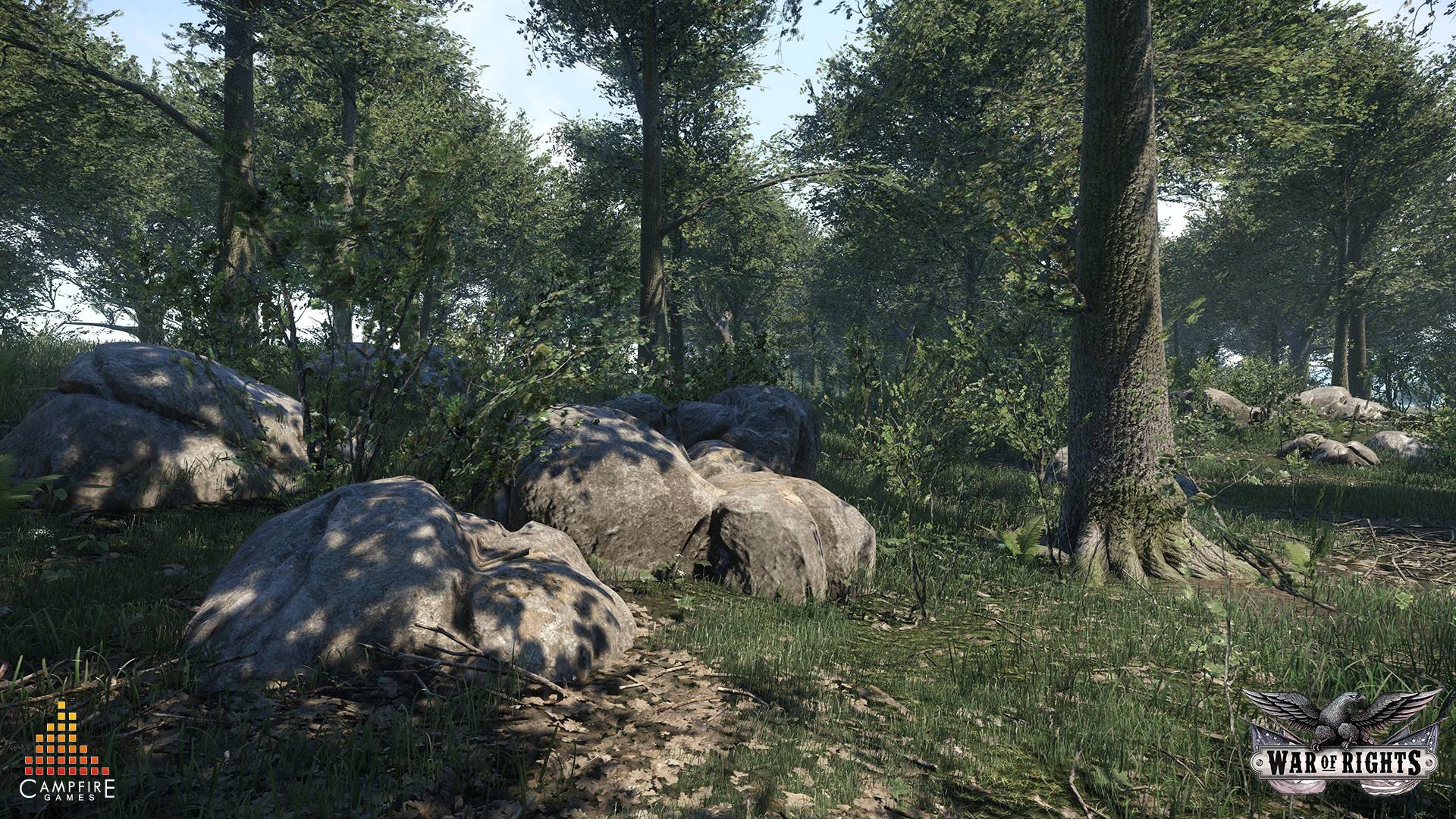 That's all for now - We know we’re letting you C.S.A. fans out there wait quite a bit - we promise that the next character reveal will be a southern one, so sit tight! Until next time, have a good one!

Looks at that Graphics!! best i seen so far!