Posted by ScrapingBottomGames on Feb 1st, 2017

Our latest patch has some major changes to abilities. Ability scrolls can now be found from enemies, events, vendors, and from lootable items (like bookshelves and nightstands). 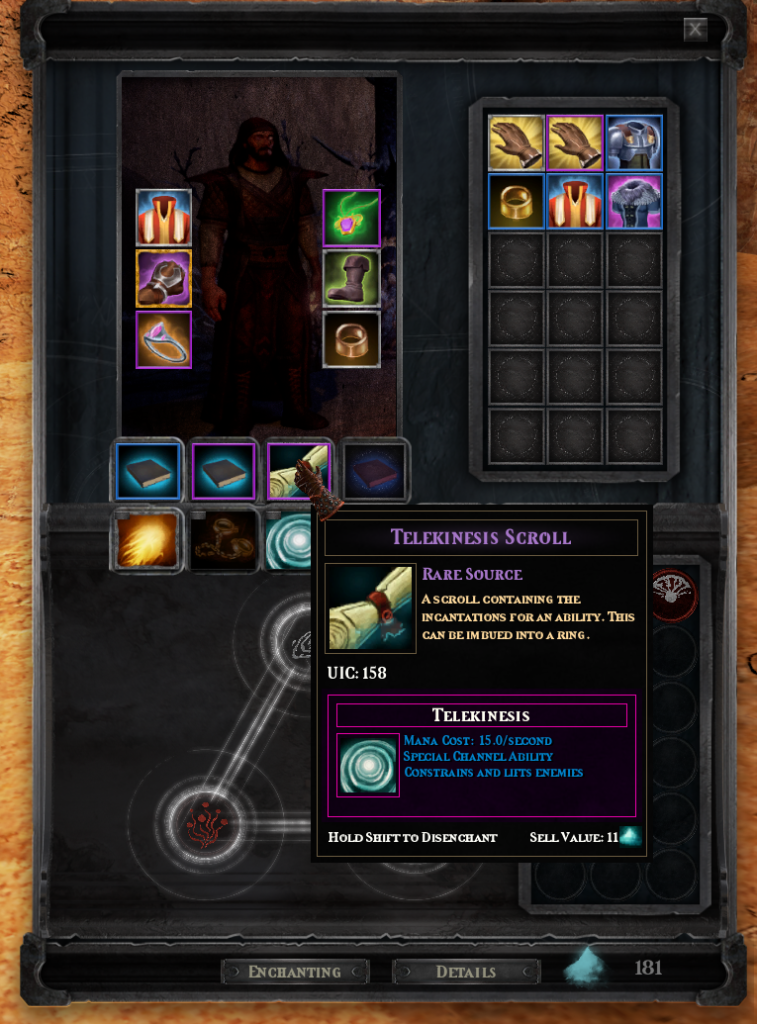 Additionally, we have three brand new abilites to show off:

An incredibly powerful ability—This will slow the passage of time to one tenth of its speed, but the Fictorum can move normally.

A devastating spell that creates a duplicate of the Fictorum and lures nearby enemies towards it. After a short time, the decoy detonates.

This ability will quickly freeze incoming projectiles in time within a large cone in front of the caster.

We have created several new houses with Leif’s new house kit—Over the next two weeks, we’ll be filling them up with props and start replacing our old houses with these great new ones!

We’ll be hosting our next Twitch stream on 2/7 at 8pm PT—We hope to see you there!