Welcome back, wizards! It’s been a busy few weeks over at Scraping Bottom Games as we crank out new enhancements and fixes to Fictorum. In our latest patch for Fictorum, we’re featuring our new fire beam spell, improved spell decals, and upgraded fire manifestation.

Posted by ScrapingBottomGames on Apr 28th, 2017 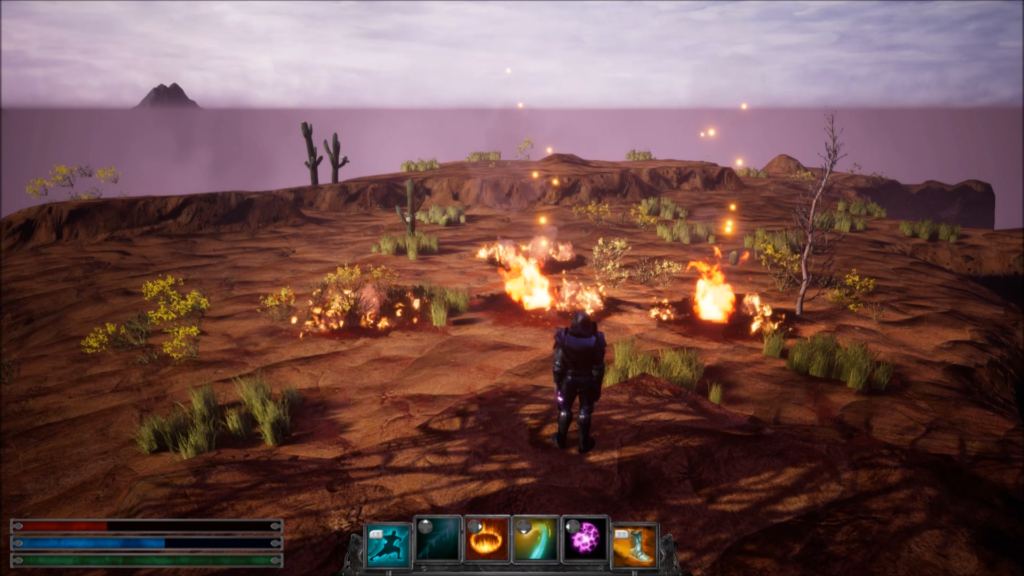 Greg put together another vlog where you can see some of the features below in action.

Here’s our latest spell—Fire Beam spreads fire so easily that you can almost write your name with it!

Chip wanted to have more visually tangible destruction left behind from spells. We think these new decals and effects absolutely fit the bill!

You might have noticed above that Fire spells with a Manifest rune or a high Manifest multiplier will spread fire based on the radius of the spell—You’ll see a big difference on larger spells like Flame Strike and Meteor.

We’ll be hosting another developer twitch stream on 5/2 at 8pm PT. We hope to see you then! In case you missed last week’s stream, you can catch it here:

We’ll be updating our maps with the brand new castle set that Leif whipped up. Here’s a preview!

Looks promising as always, especially that house catching fire. Its quite late at night so I cant recall but do You have a spell which looks like dumbledore's fire storm? If not that would be great to see it as well as other spells matching it with feeling of power.