Greetings, wizards! We’ve just rolled out our first beta patch with lots of wonderful improvements to our tutorial, spell shaping, and our bandit buildings!

Posted by ScrapingBottomGames on Mar 30th, 2017

Fictorum is now in beta!

After just over two years of development, we have finally reached beta and we’re incredibly excited! We put together a short trailer summarizing some of the work that we’ve done in the past months.

We’ve also gotten our Steam store page set up. If you like what you’ve seen, consider adding Fictorum to your wish list!

We spent some time overhauling our old tutorial level. You can check out the changes in the vlog with Greg.

We’ve made some serious quality of life improvements to Spell Shaping we think you’ll love.

Shaping can begin when not casting a spell

The cursor has been redesigned to work much better for a joystick, leading to a much smoother and responsive feeling

We’ve had a few requests for this and we wanted to make our players happy; selecting “Use Movement for Spell Shaping” in the options menu will allow you to change the axis used for shaping, which will allow you to shape and aim at the same time!

Leif just finished designing a new kit for our bandit structures! These haven’t fully replaced all of our old structures, but we plan to create more and replacing the old kit in version 0.9.1. 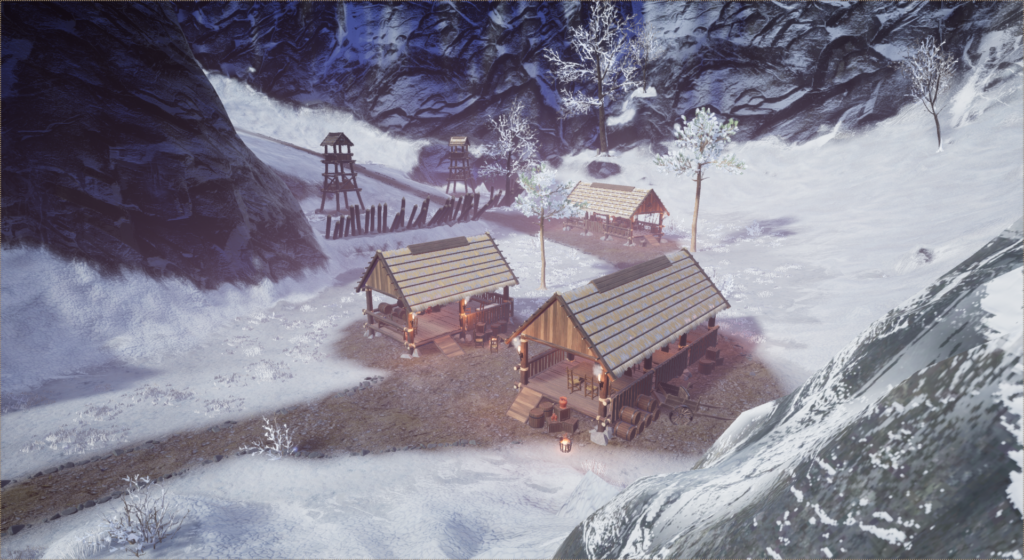 We’ll be hosting another developer Twitch stream on 4/4 at 8pm PT. We hope to see you then!