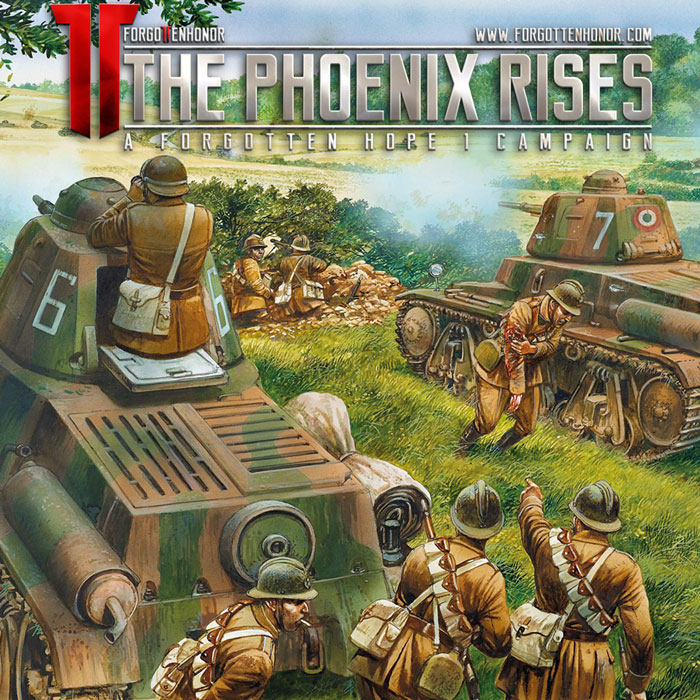 For over two millennia, France has been the the focal point of numerous conflicts and invasions. France has endured invasions from Romans, Huns, Goths, Moors, Vikings, English, and Germans, all withstanding the test of time. At times, the onslaught of invasion was so great that it required an extrodinary person, a phoenix, to lead the Franks to victory. When war broke out between Germany and France in 1939, the French people required a vision to lead them against the Germans, bent on avenging their defeat in the Great War. This struggle between Franks and Germans would take through the woods of the Ardennes, the sands of North Africa, the bocage of Normandy, and the countryside of the interior. This is the story of that phoenix, Charles de Gaulle and the Free French.

In this campaign, you will get the choice of fighting as a Free French soldier in a struggle against conquest, or as a German Heer soldat serving the fatherland and avenging the humiliation of Versailles...

Experience a balanced and exhilarating Forgotten Hope 1 campaign with:

What is a campaign?

A campaign is a series of connected battles where we recreate the timeline of the war. Here at Forgotten Honor it also means teamplay and organized gameplay. Campaigns take about 8-10 weeks and every Saturday we will have one 4-hour battle. All battles are counted towards the final score which determines the army that won the overall campaign.Every army has a training server to use during the week for scouting and practice, as well as their own Teamspeak channels and locked sub-forums (we call them barracks) for communication and entertainment. Everyone can participate in all weekly activities and events as much as they want!

Forgotten Honor is an international gaming community that has a great amount of experience in arranging online events for games. Founded in 2004 by several players who wanted to organize ''teamwork'' emphasized battles for video games, Forgotten Honor has been growing until becoming one of the leaders in online events market. Nowadays hosts several tournaments and campaigns for different games, organizes multiple events, has its own modding development unit and is supported by an active community.