I want to show you some new features available in new APOCALYPSE NOW version of PARADIGM WORLDS mod. Theese are not everything I have prepared to show, but some promising thing which will improve gameplay. During lifting of the mod I had some new ideas which I wanted to implemet, then again new things so time for developing new version is getting longer and longer. But why? What is so important and time cnsuming? Here are new things which are DONE - so they WORK and are ready to play. 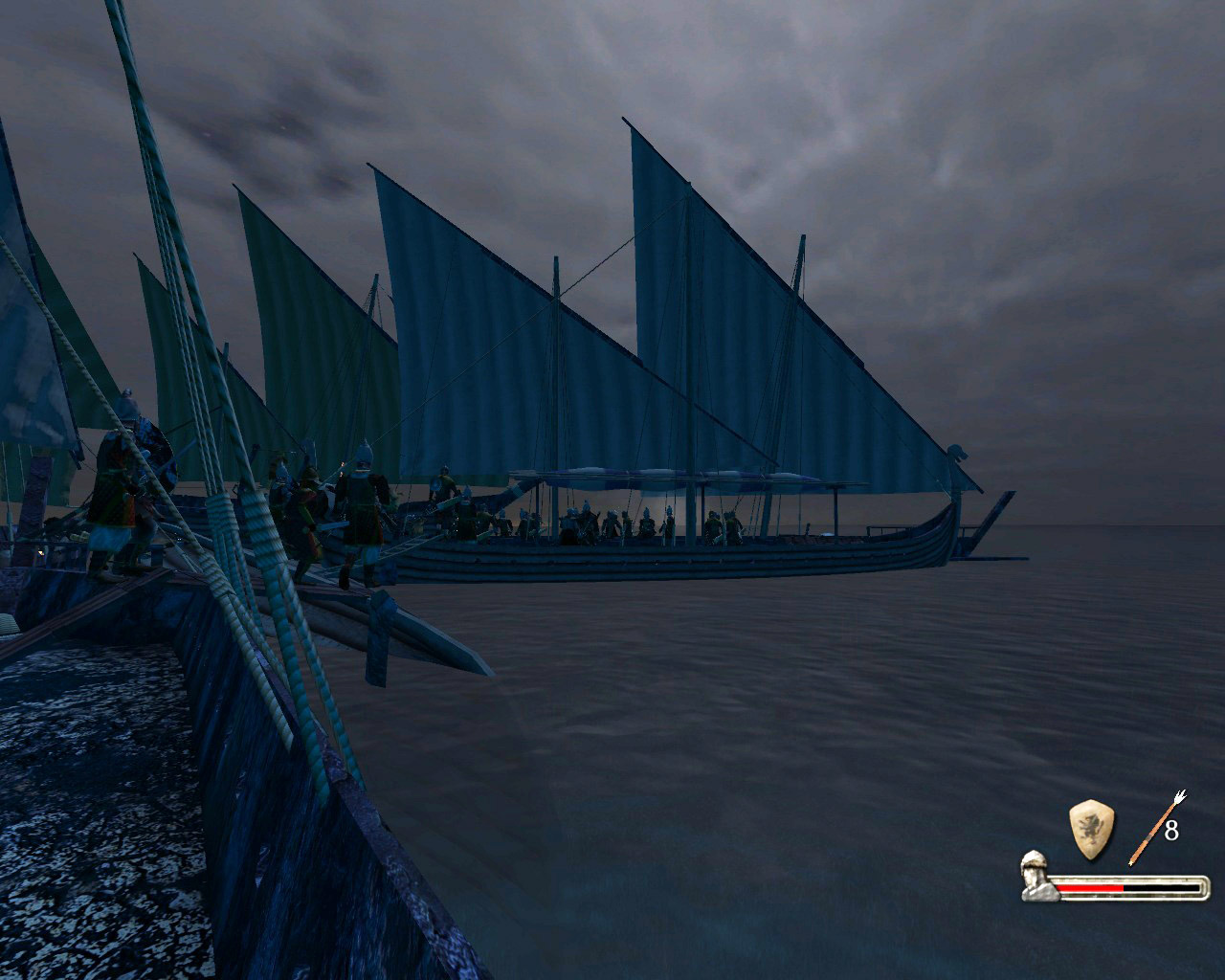 First of all, I have bad news: there will be no new "big" factions. Unless I get help from some experienced with it modder (every help is welcome). I lost 3 weeks and ended in the start point. I was angry because I wasn't sure that I got a good idea for new factions. They were ok, but not great. So, someone, moved my attention, to existing factions eg Weimear Reich, which is not so intersting as it should be. And I can tell that I will work on it.

Moreover, generally I will try to make better one, existing thing, not adding more stuff, which is... well not great.

For now, good news! As you see, with a new map, full of water, comes sea travels, and sea battles! I've tested them, with some new options, and I think that they're something really interesting.

Another question - why someone should even use ships? Answer is gives by new strategic changes. For now all terrain have very different spped travel, forests are significantly slower, and sahara sands and snow is very hard terrain to travel. On the other hand sea travels are very, very fast. Over 15 points of speed on the world map! 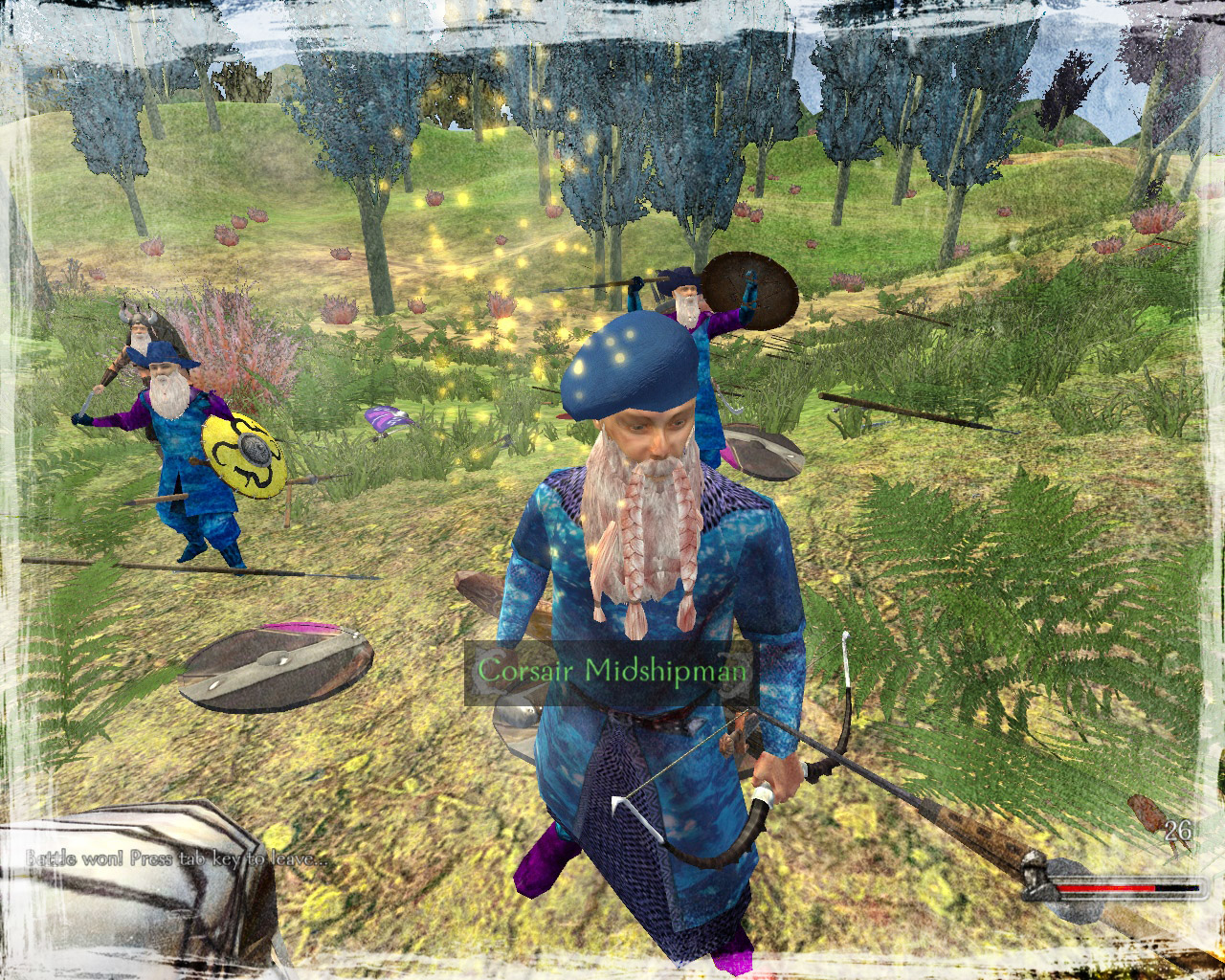 With new travels, you will meet new enemies, for example - Corsairs! Corsair are (I know, this can be strange) dwarven. Yes, someone here asked me if I created elves, where are the dwarves. They create far more problems than elves which are just smaller humans. Dwarves are made - for now - in a very simple way, so I am not 100% proud of them, (well actually I am 85% happy) but they are fun to play, and fight againts. 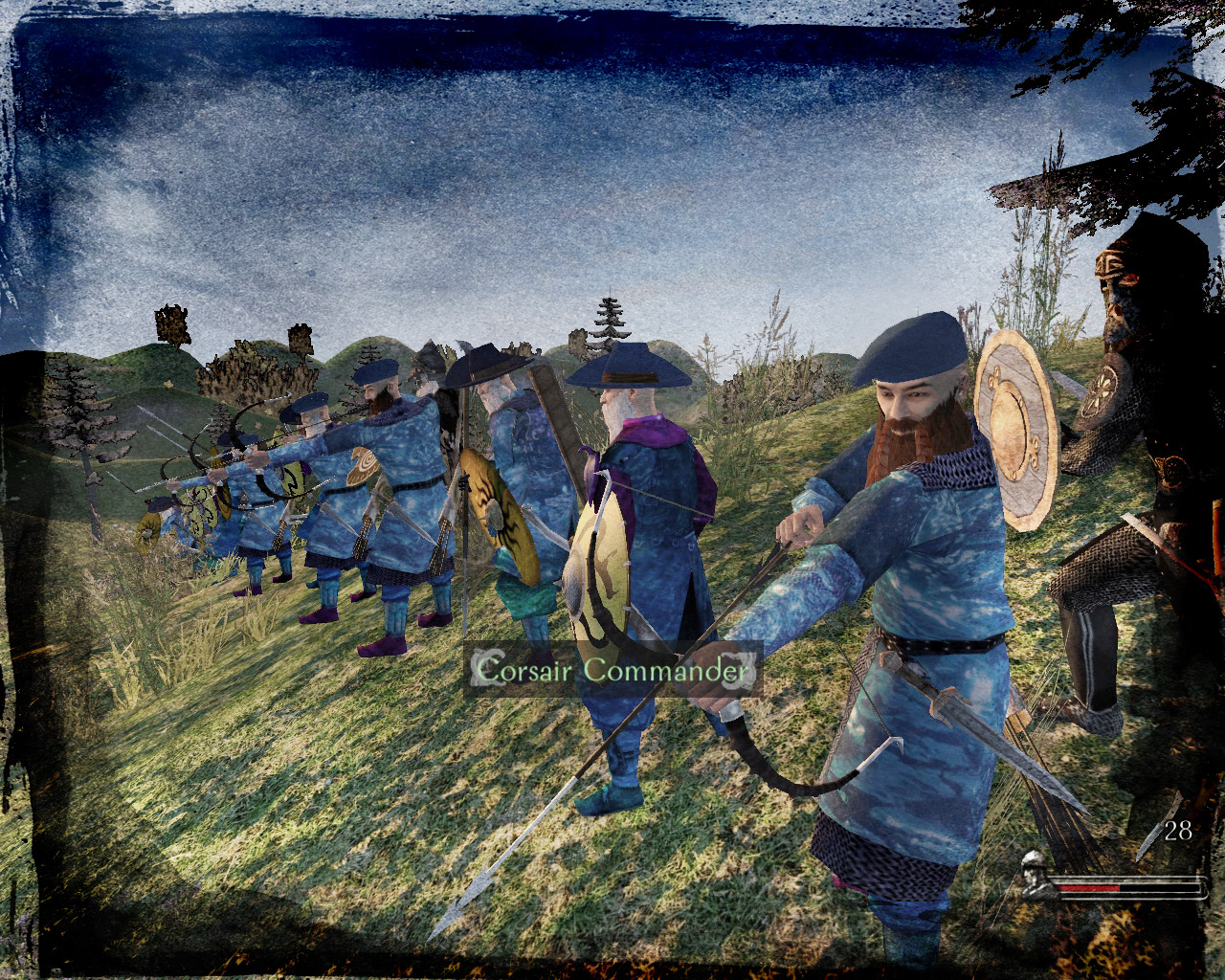 Another great change is the look of the cities. I made them more like I imagined them - post-apo, so the mod look more like I wanted him at the beginning. 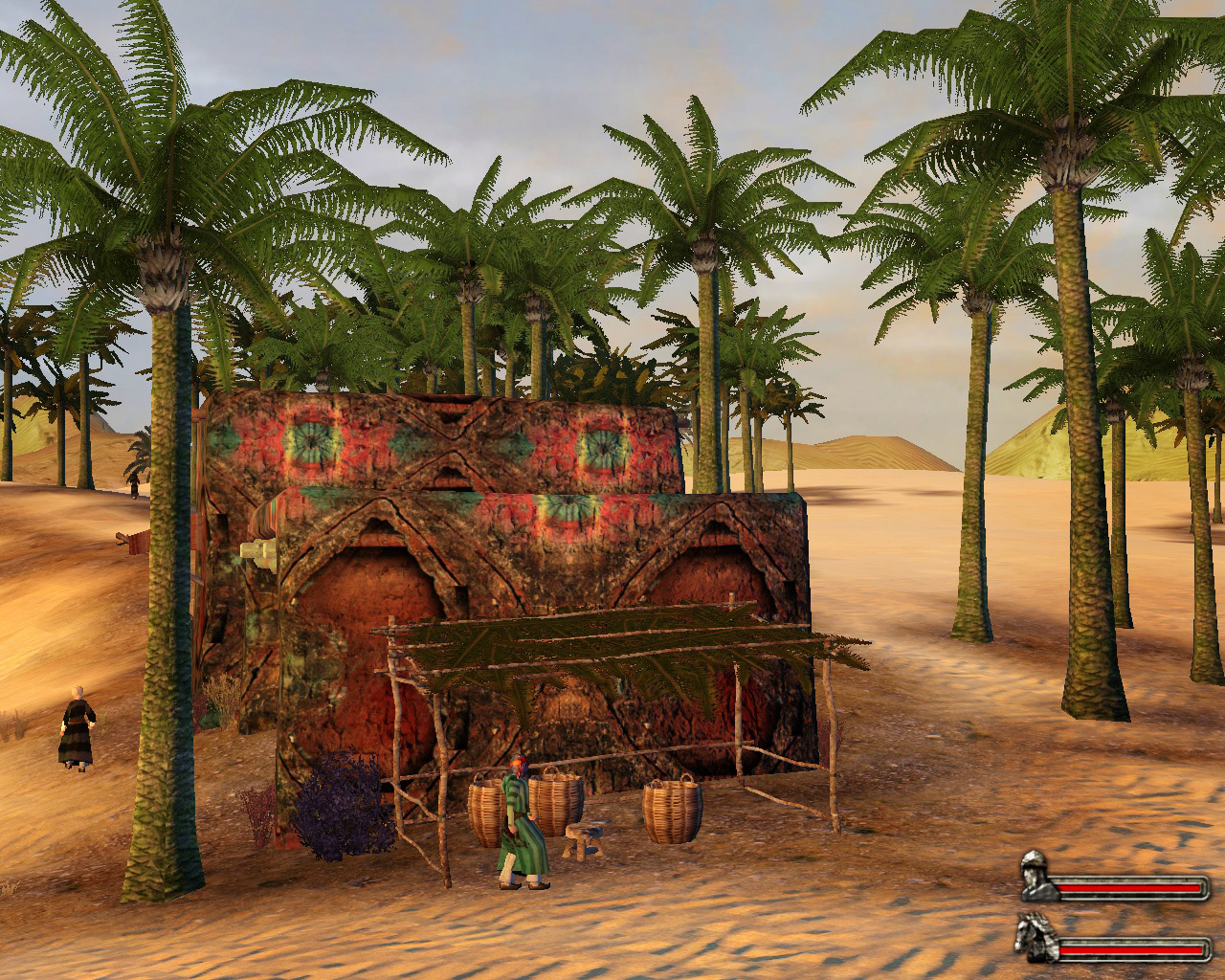 Now houses look like they are made from scraps of metal. Or some old parts of our world.

I think that I will be able to tell the right story: world which grown up on the pieces of our world. Mix of Mad Max, Fallout, and so on. 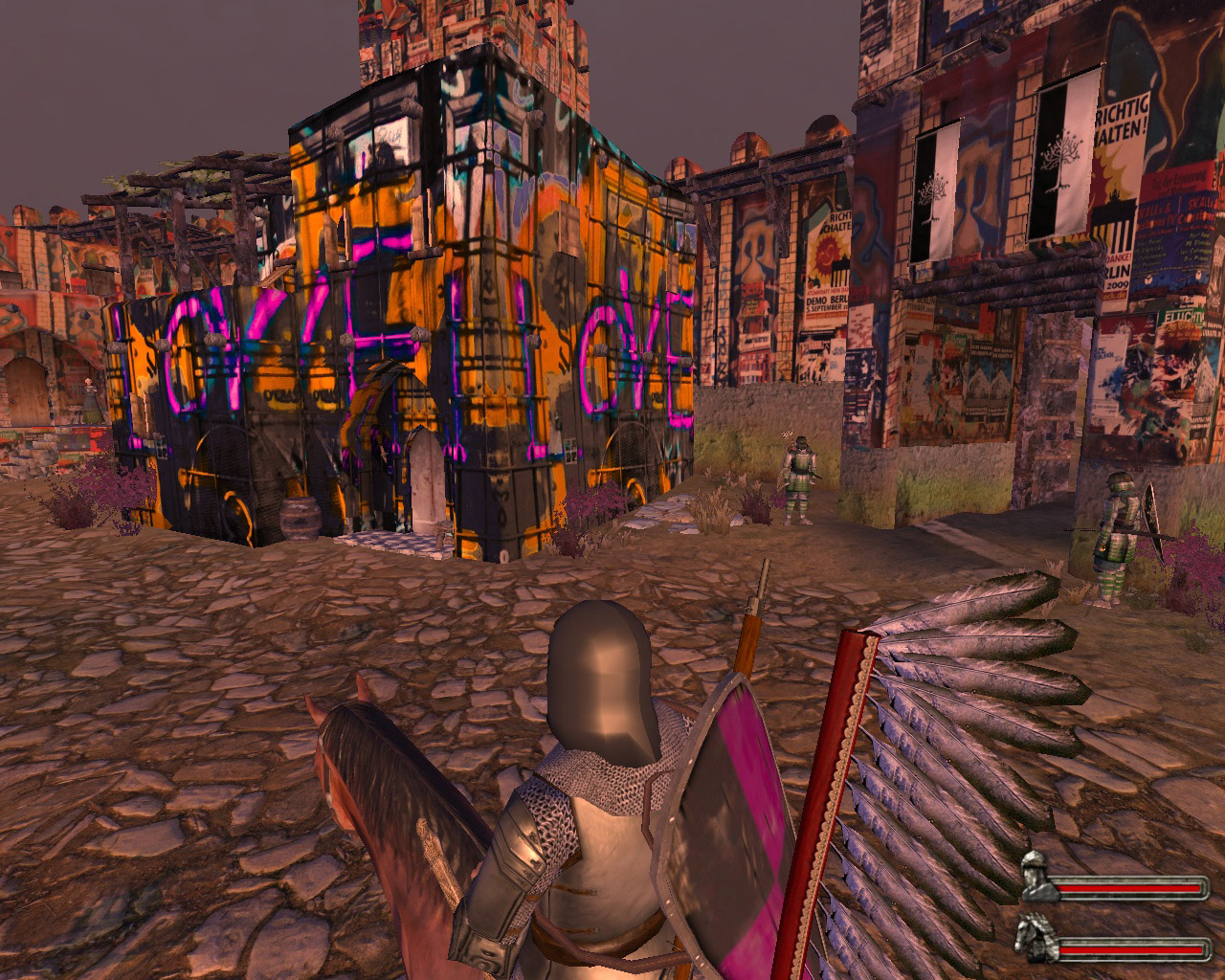 Of course, new world is weirder, stranger, sometimes harder to perceive. Well, I think overall it is more interesting. 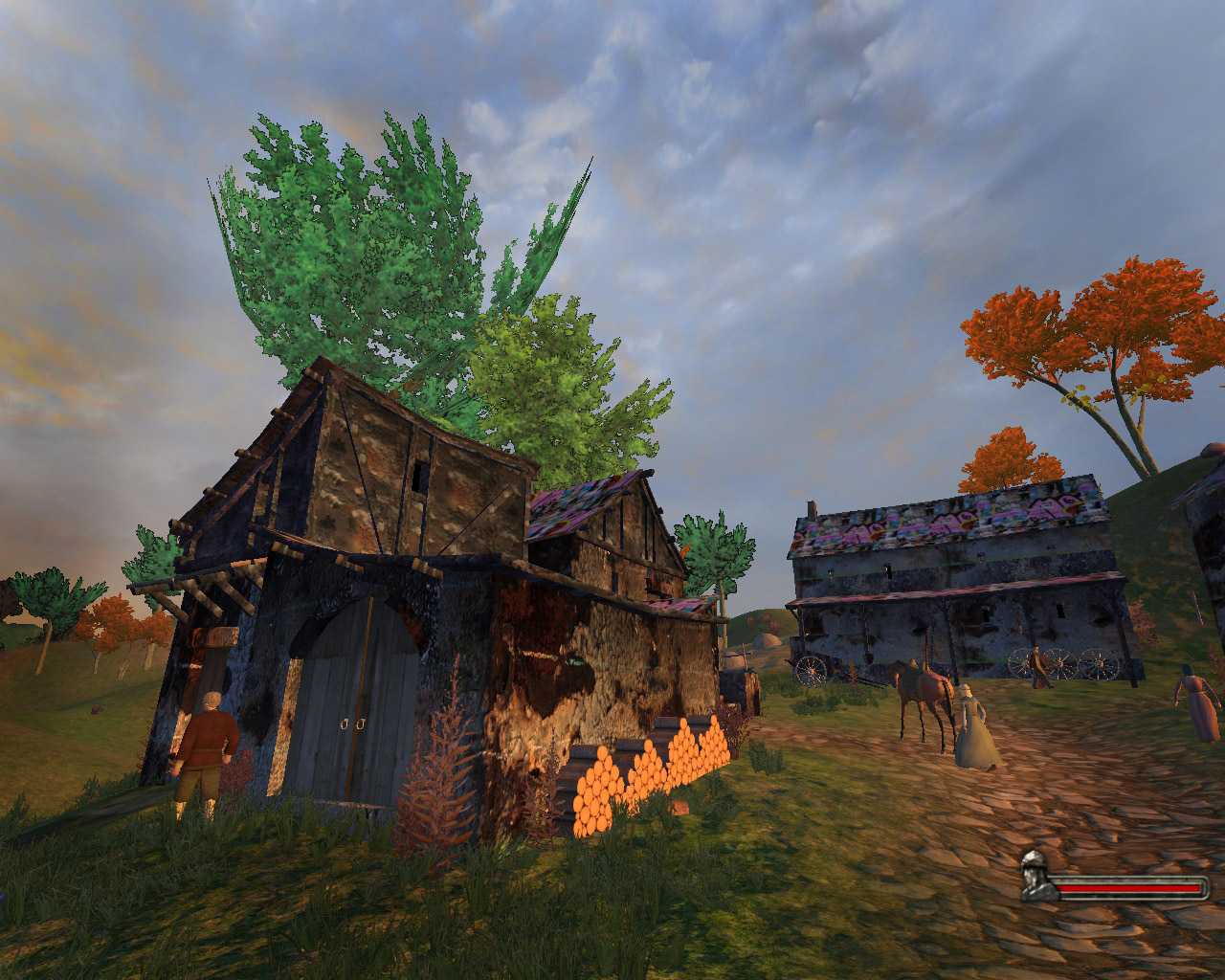 I think that some of you would feel disappointed after info about lack of new factions. Well I have some very, very good news.

There will be ORDERS. If someone played Prohecy of Pendor, he would know what it is. To the other I explain: some of towns, castles will have some additional troops, highly leveled, super well equipped.

I wanted to create something fresh. I managed to create 6 new orders. All of them are equipped with interesting weapons and armors. Many weapons have alternate modes, also they have new fresh look.

- Fallen Order - Heavy armored order - race: Vampires. Yes, there is also new race - Vampires. However they are more like animals, than human-vampires. 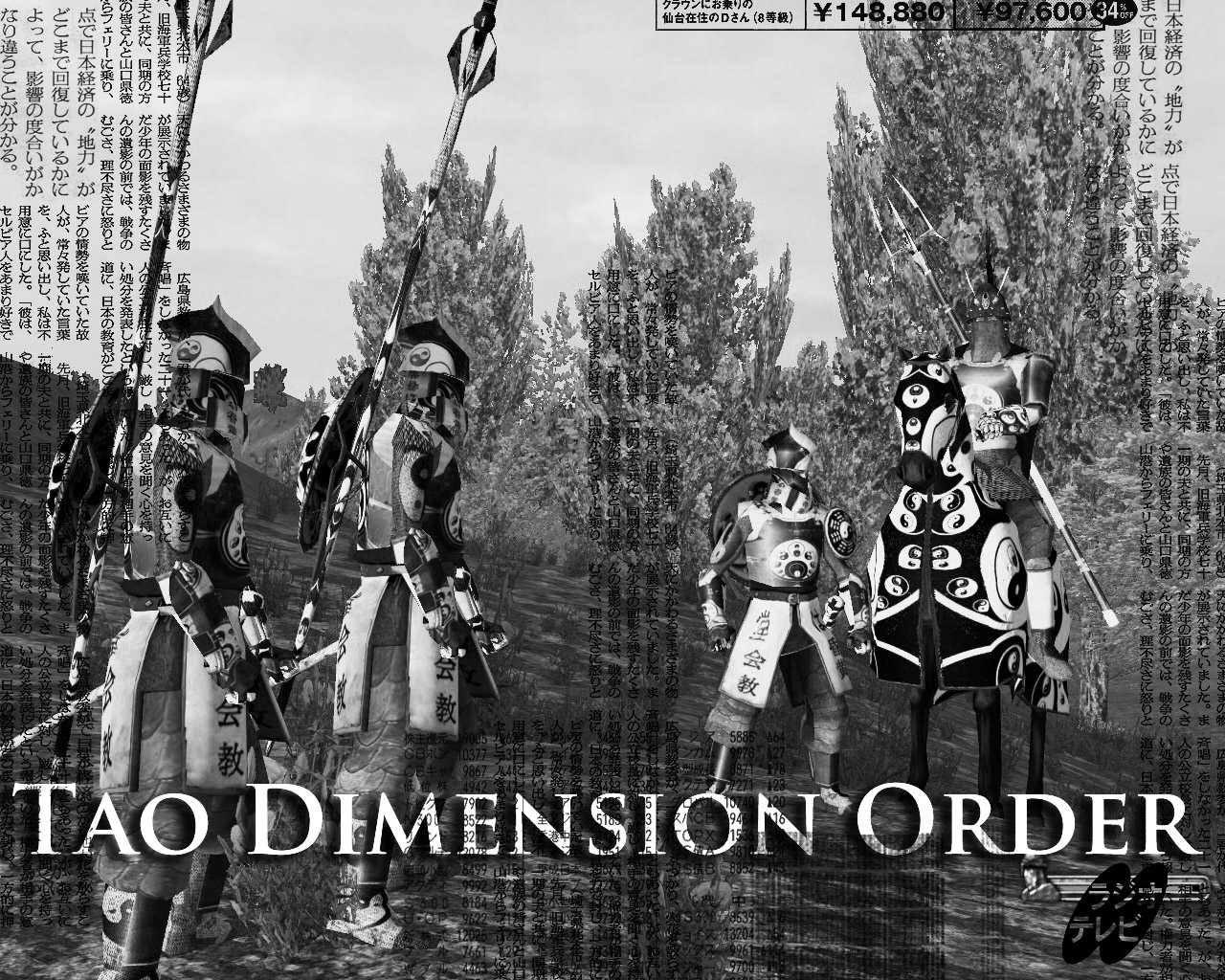 EVERY ORDER HAVE SOME COMMON THINGS:

Each order have four members:

Order Hero (diplomat) - he will be something between information / merchant agent. Probably he would lead some bigger parties. You will meet him at every court that has order. 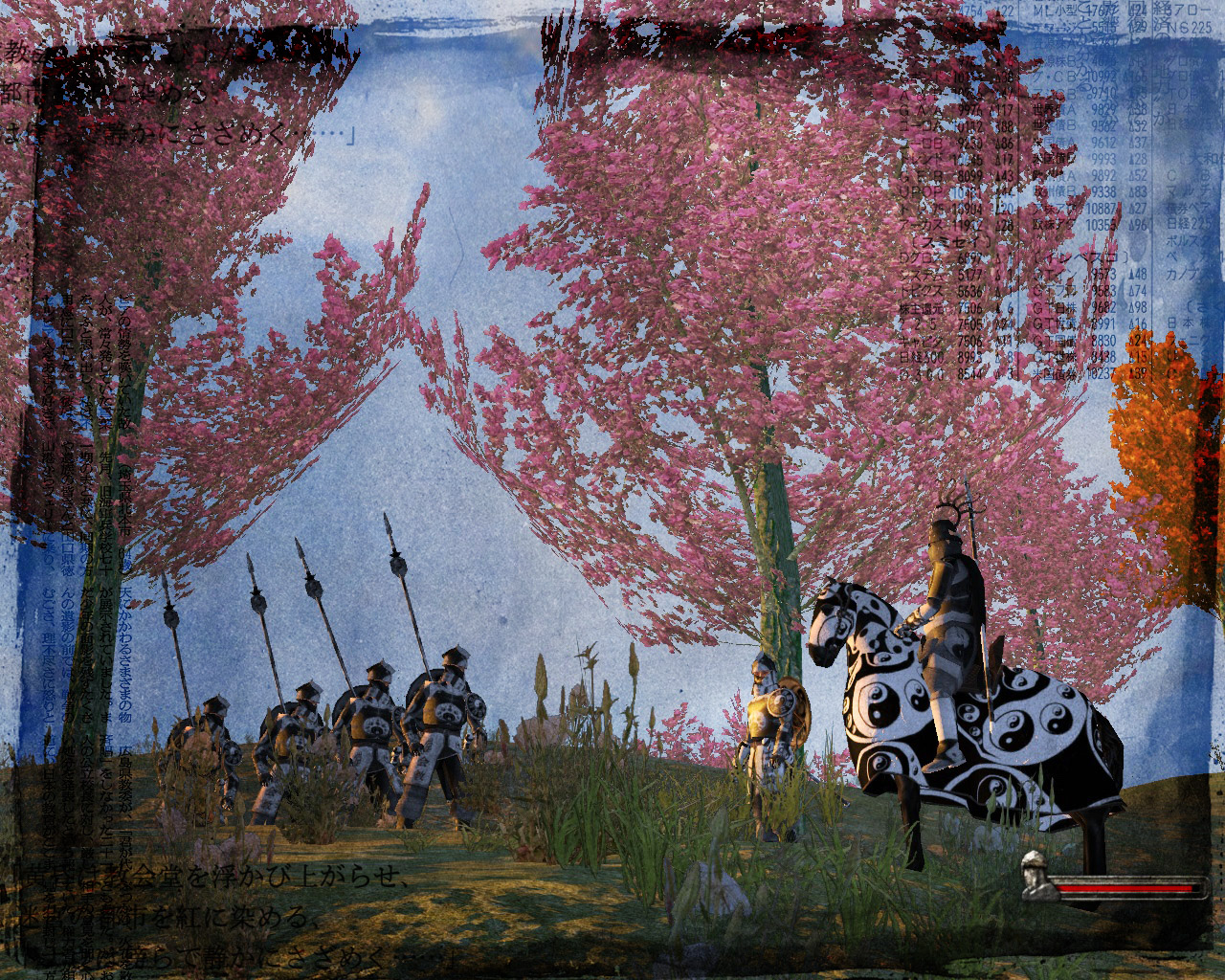 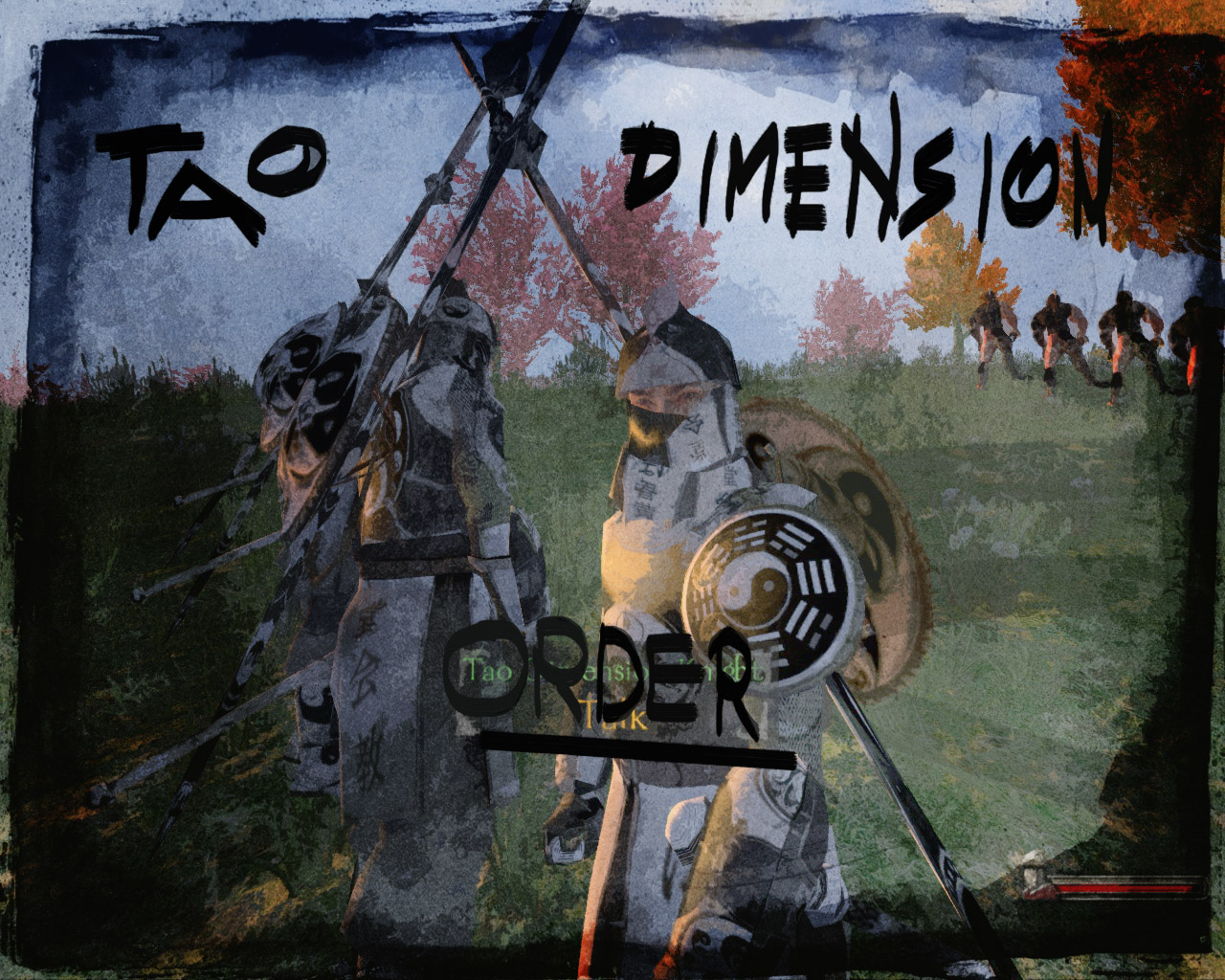 Each order have unique look, have some common estheathics. 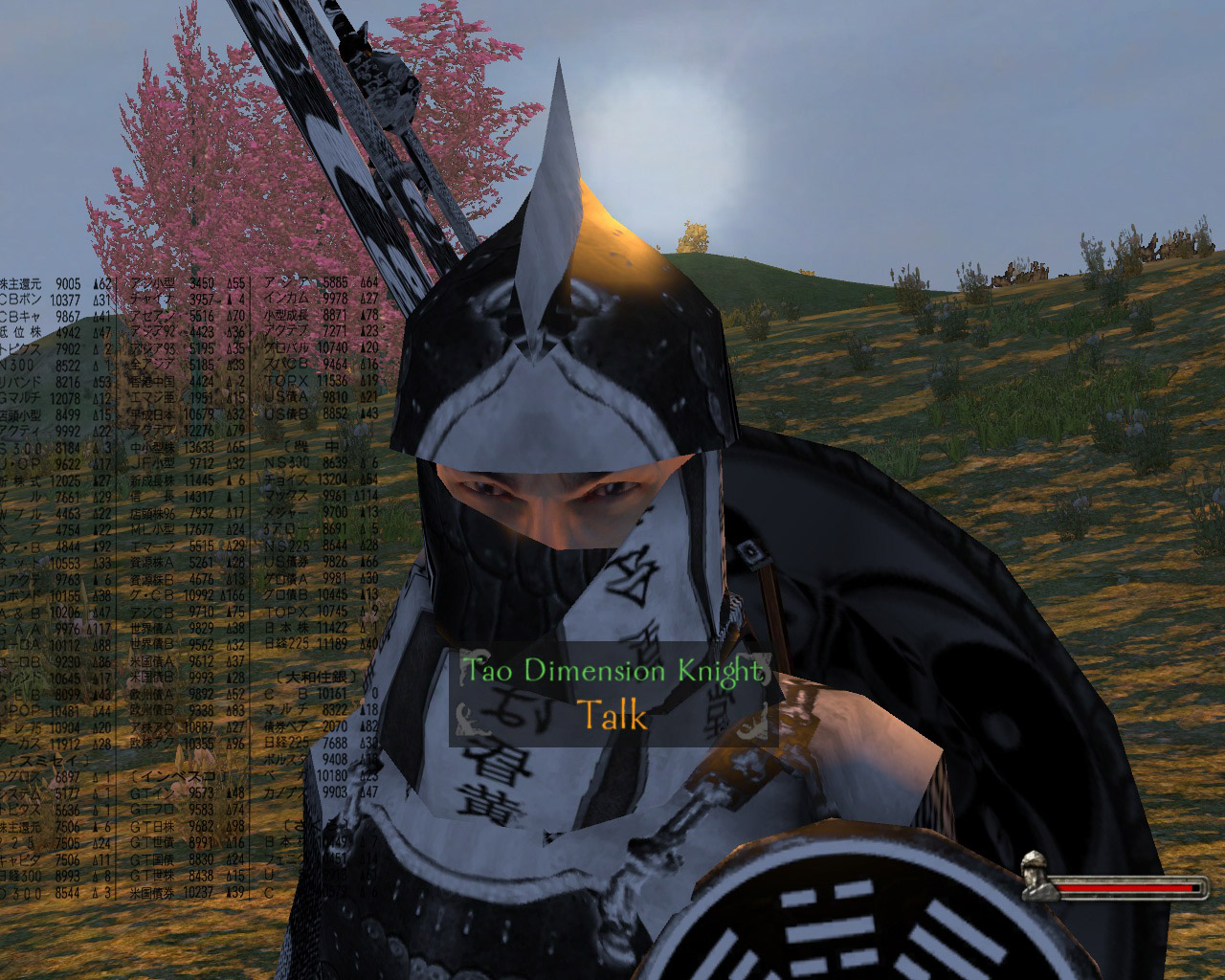 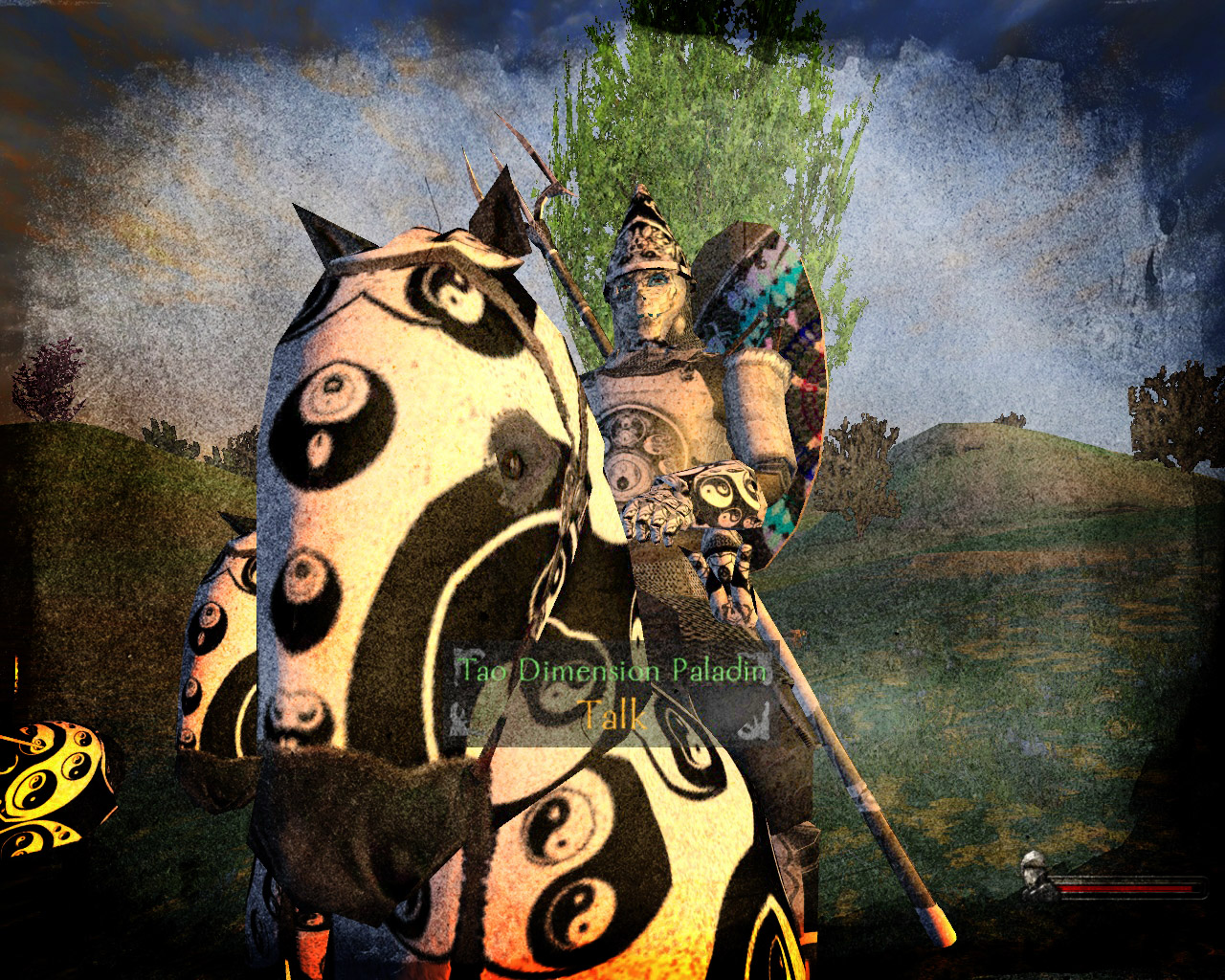 Most powerful, but also harder to recruit will be Order Beast, biggest, most dangerous math@#$ker ever existed in the world (except heroes). I have ideas, and I know what to do with them... There should be no problem. 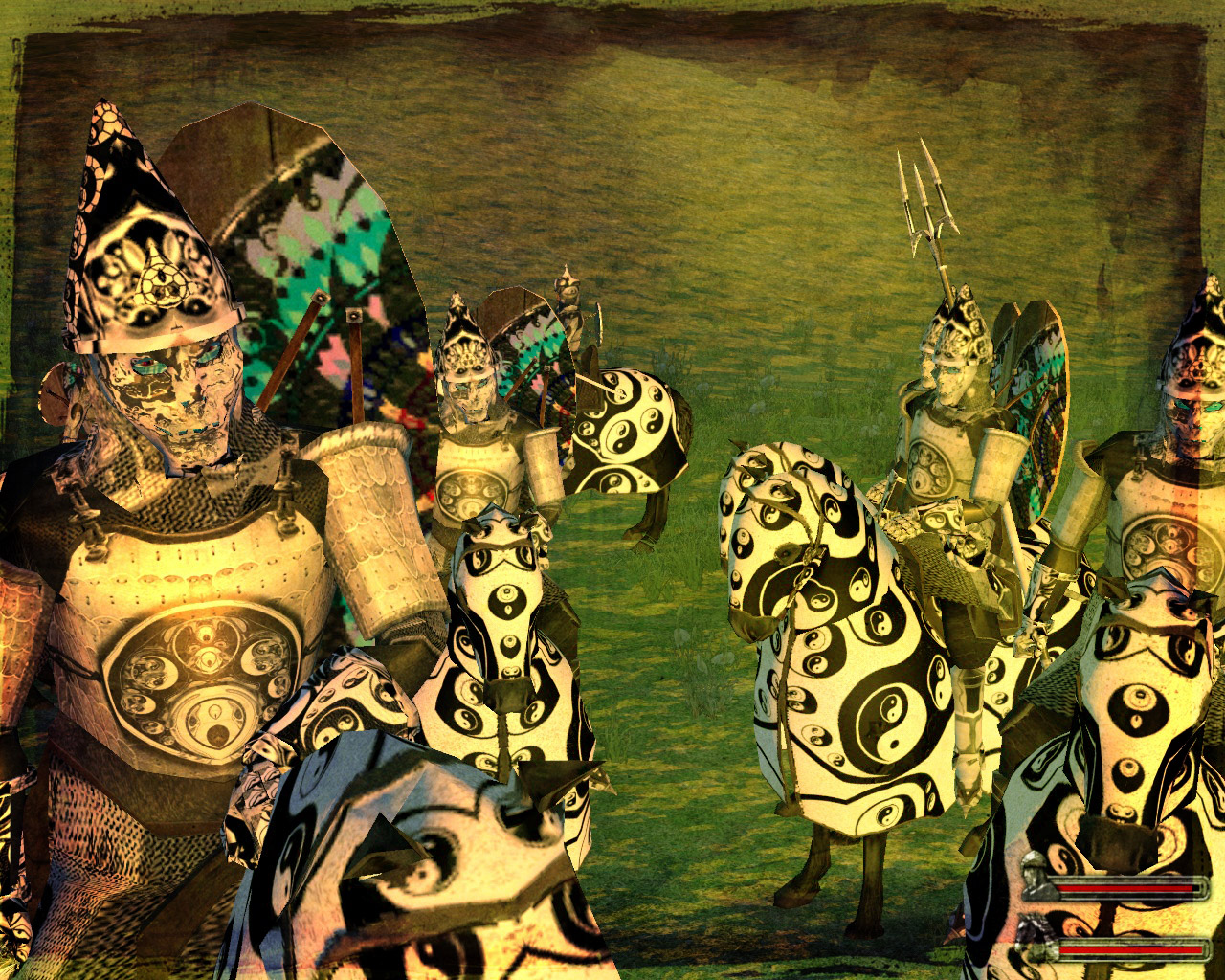 (on the picture - group of Tao Paladins).

other ORDERS: Digital Legion - I know many people liked Techno-Mages, and Cyborgs, I hope you will like them. Here are some pictures: 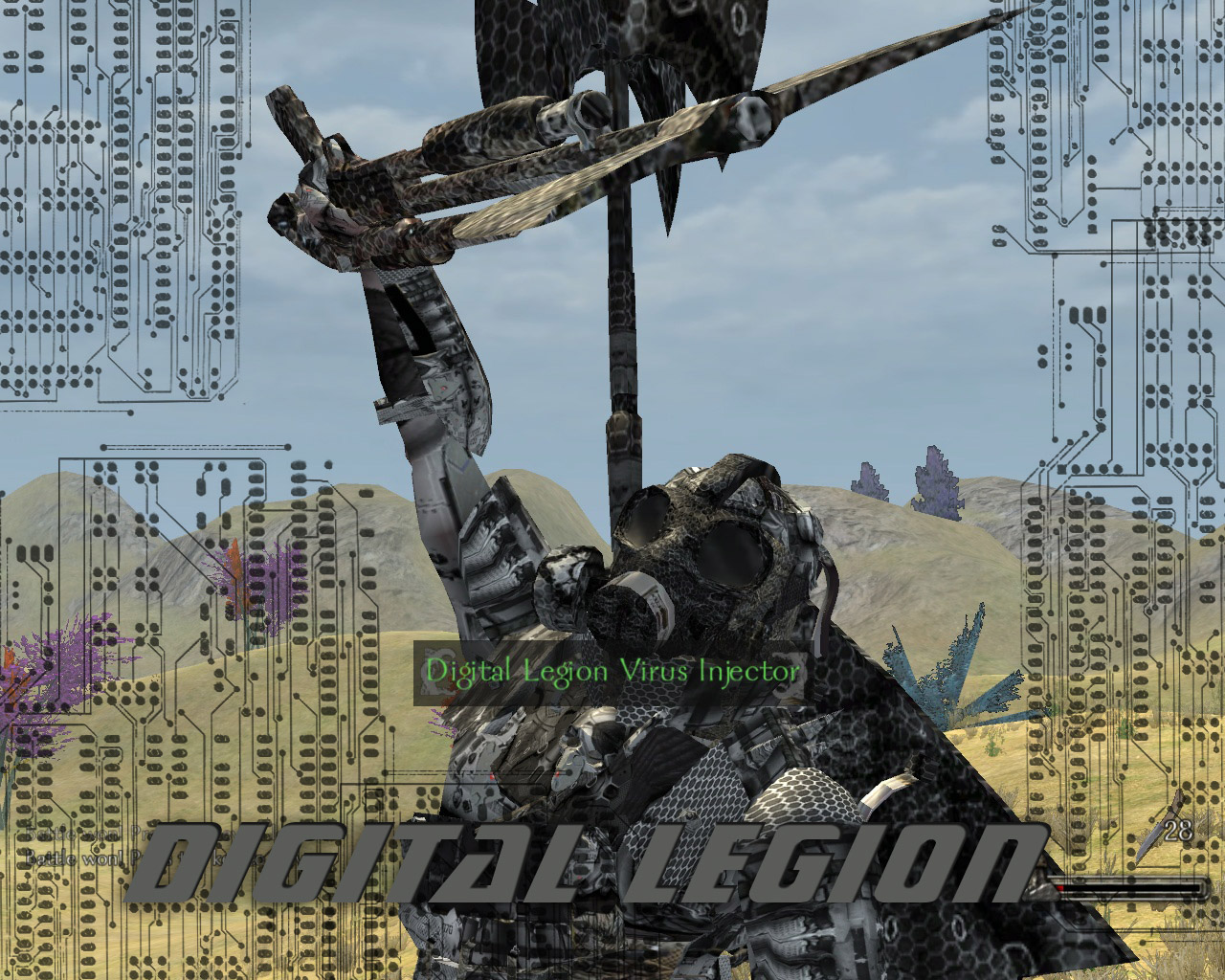 They use many weapons, but most intersting weapon is heavy carbine which has alternative mode as long axe. 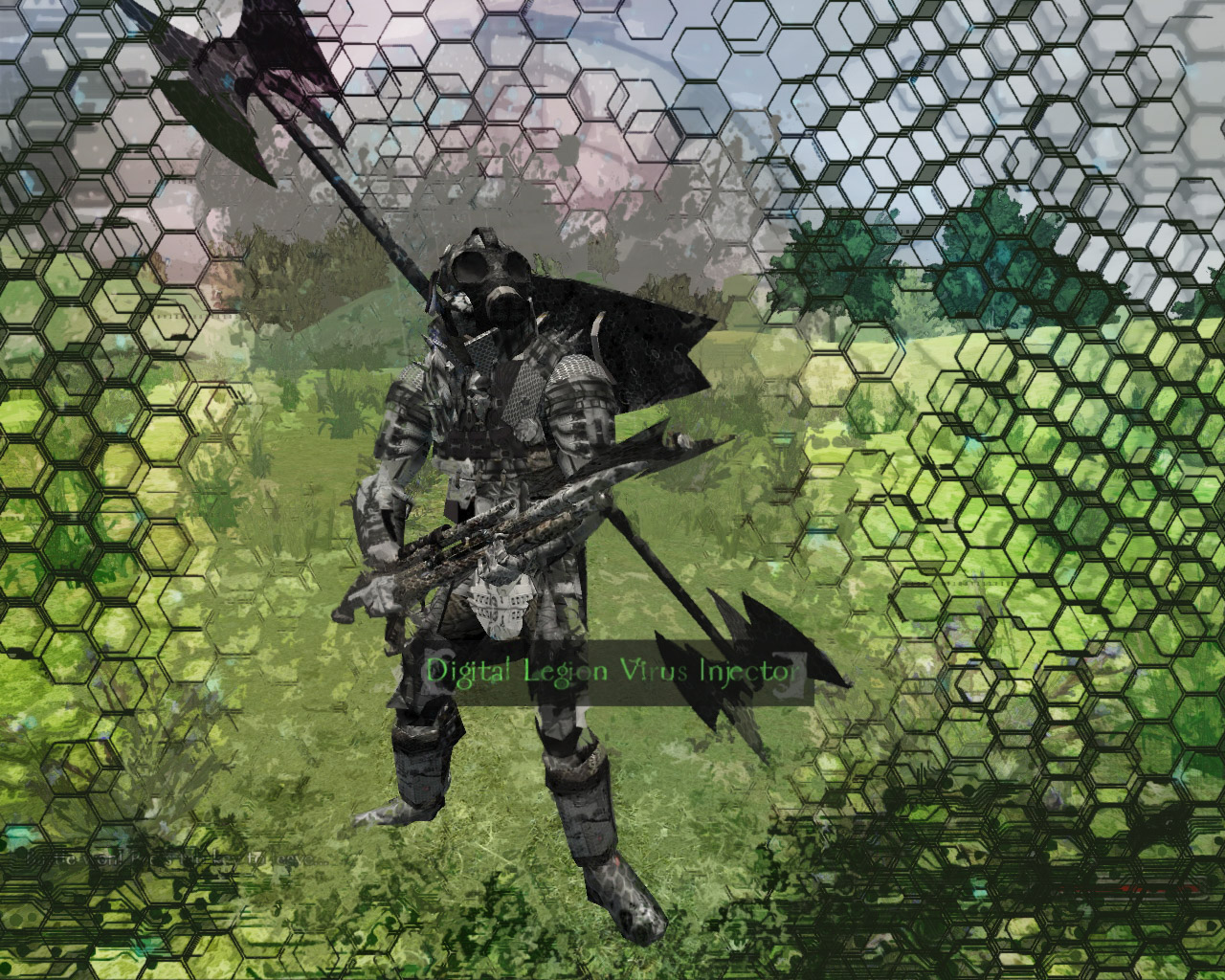 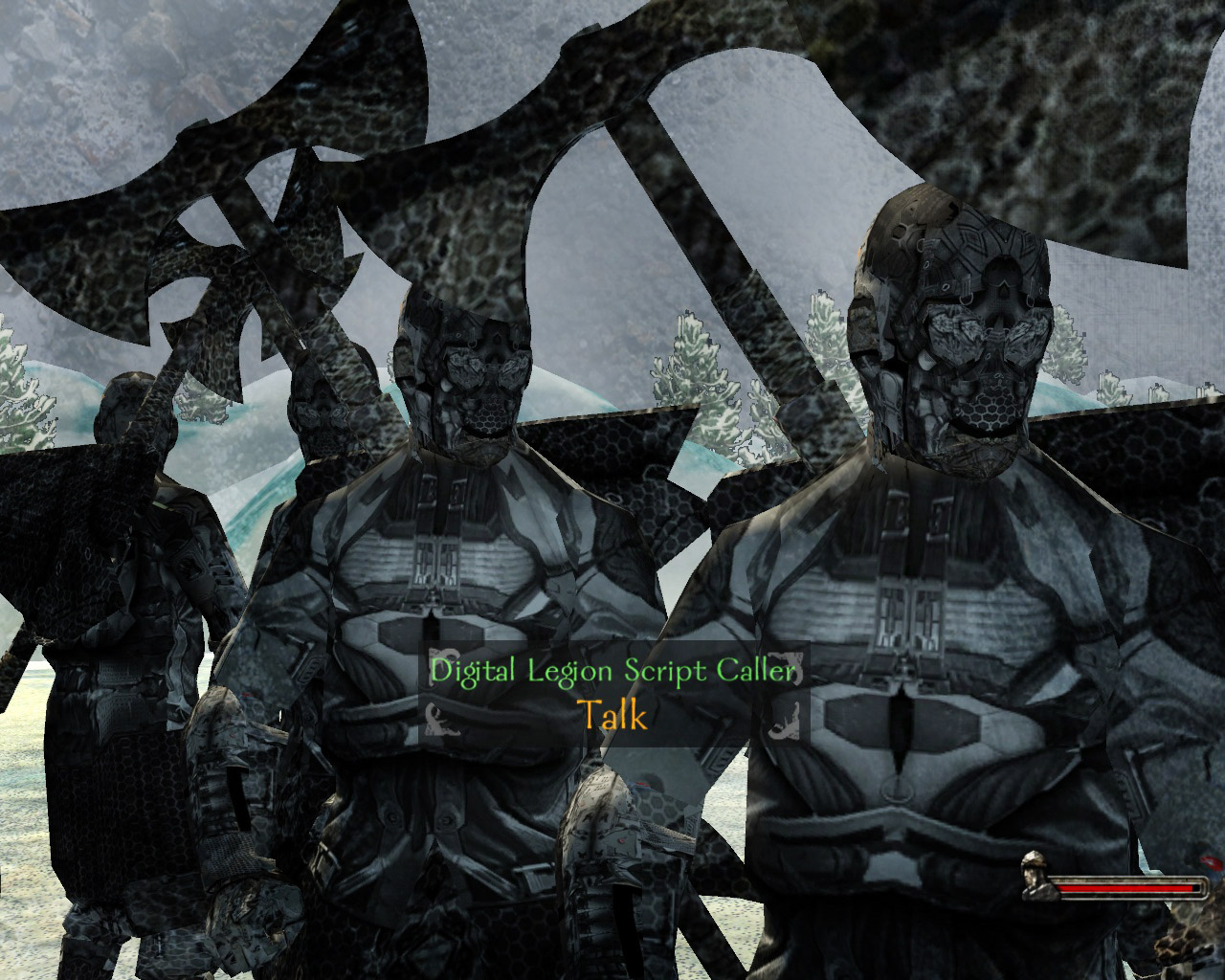 I would say that this is my favourite order, but there is also Unknown Experiment Narvik - order of mutants.

And yes - there is new race : Mutants. I will show them in another article. 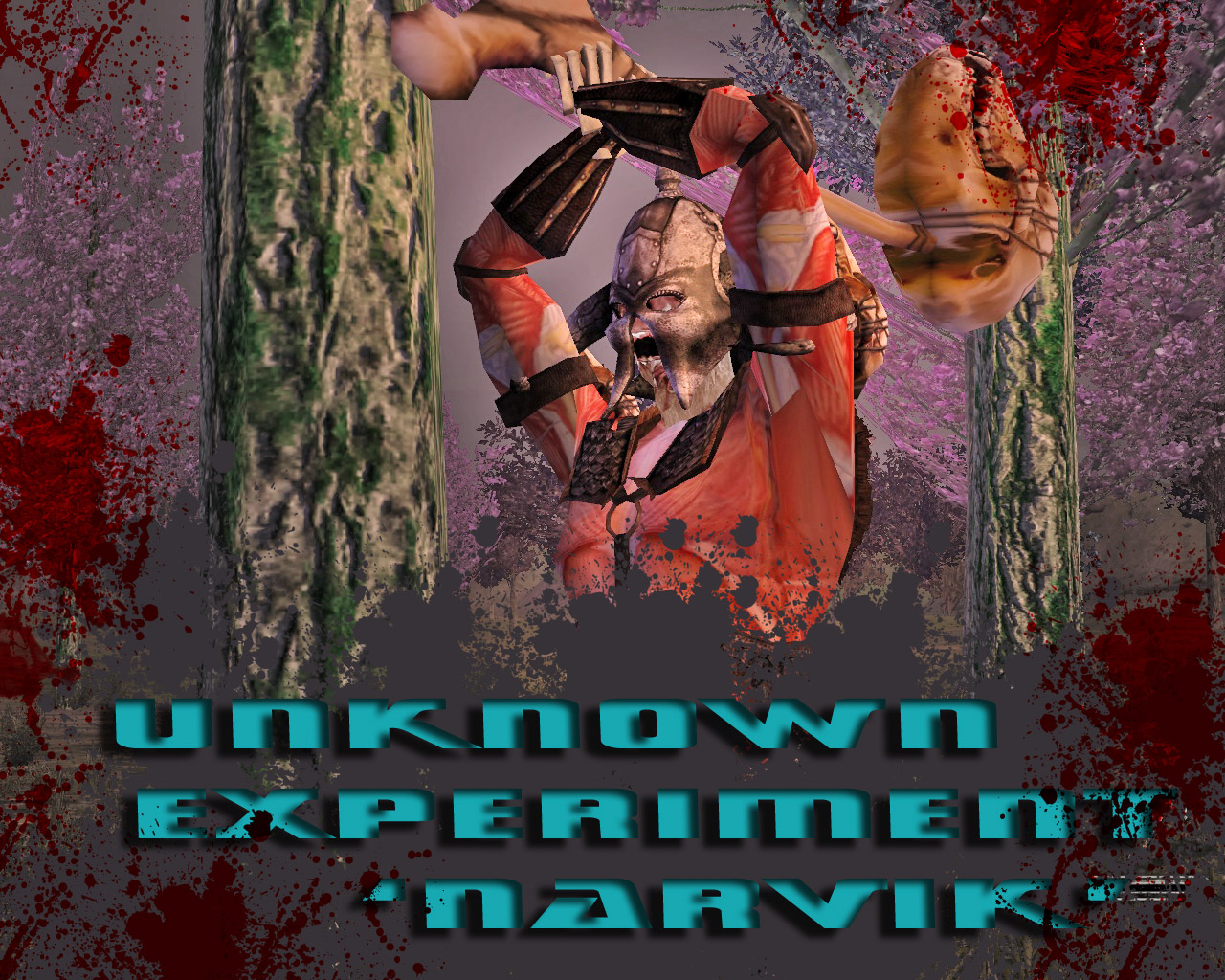 Player will have an option to 'invite' order to his town or caste, of course not for free.

So new version: (ALL IS DONE and working)

- a lot of new items 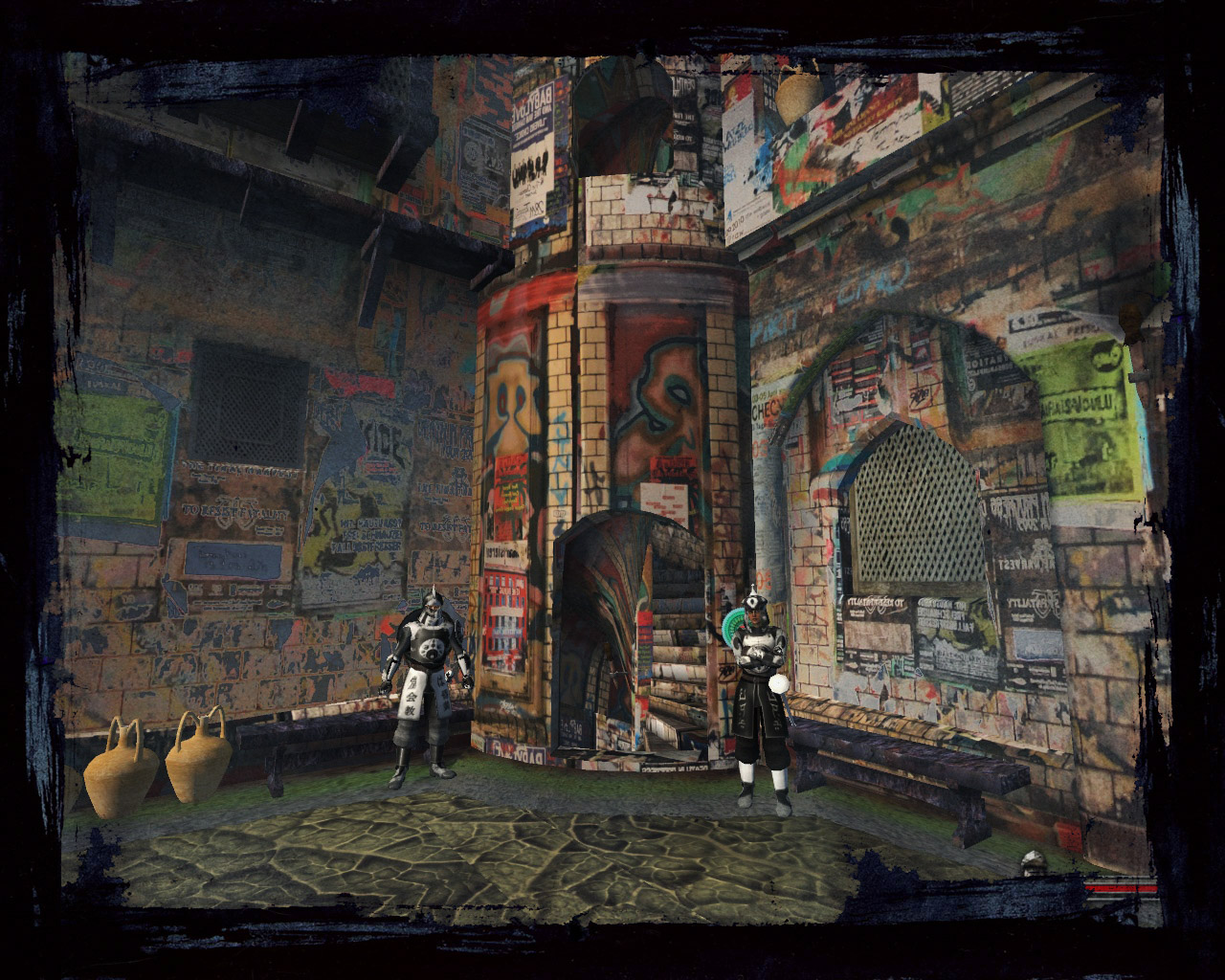 - in the castles courts of towns you will meet new kind of heroes: priest-healers. For certain amount of money ( based on party numbers, and doomsdayclock) you will be able to heal party, or improve party's morale

I have to prepare just only one last thing: Order Beasts. Then I will go online with mod.

Especially the latter makes me so happy, being a Taoist myself. :D

I cannot wait to see this in action!