Fatal Freight 1.1 is out! See the main post for the entire changelog!

I'ts been a long busy week updating the campaign with user feedback and personal observations. This latest update fixes a huge batch of (minor) issues I found following the release. 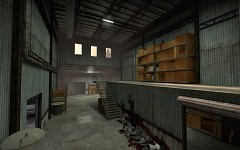 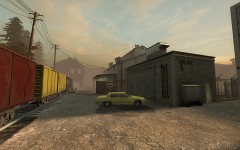 Scavenge:
- Items & throwables can now only be used once
- Added clips to prevent gas cans from being knocked/thrown out of bounds

Co-op & Versus:
- Added melee weapons at the beginning of the level
- Added additional rocks and foliage at the beginning of the level to create infected spawn points
- Added breaks in the railing at the train bridge to make it more accessible for infected
- Added several infected ladders to the bridge area
- Added 2 more Tier 1 weapon spawns. Should solve ammo issues
- Fixed Tanks sometimes spawning at the end of the level
- Fixed zombies sometimes attacking during the intro sequence

Survival:
- Fixed a nav issue that caused infected to be stuck behind the wooden fences at the flood gate

Co-op & Versus:
- Hunters can get on top of the Depot silos again
- Reduced roadside barrier gaps (death charges) from 5 to 3
- Fixed an infected ladder at the Depot
- Changed elevator crescendo spawning behavior
- Max common infected (per mob) decreased by 7

Coop & Versus:
- Added additional graffiti to guide players through the gauntlet
- Added survivor vocalizations to the gauntlet