Co-op build
You can now build together with friends who are visiting your fort. The fort owner decides who can build and when to enter and exit build mode. All players use their own money. 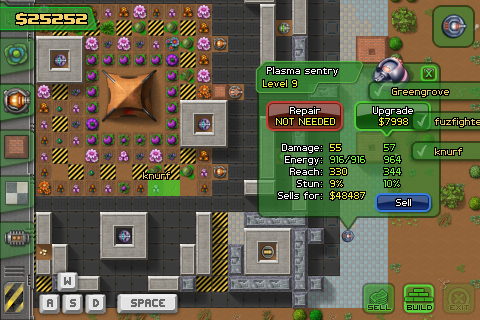 Co-op attack
You can now also attack other players and strongholds together with friends. The fort owner initiates the attack and then all players gets to choose where to spawn on the attacked map. 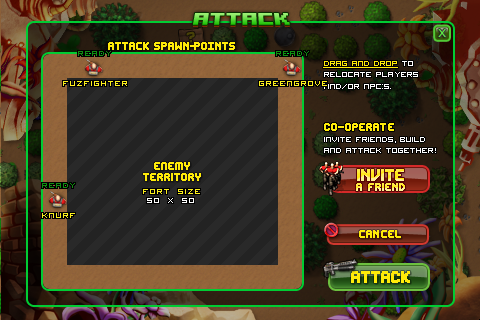 Unlockable tools
There's now five very useful tools in the game which are unlocked with ranking. For example, the wrench gets unlocked at rank 54 and once unlocked you will have access to it even if your ranking falls below 54. Combine tools to overcome difficult enemies and obstacles.

Pimp your player
There's now a number of hats/hair styles and 32 different shirt colors to choose from. New enemies
A total of six new enemies have been added to the game! Here's four of them:

Register for free at farmfortress.com.