FAR S ULTRA will be released on Nintendo Switch (eShop) this month. Pre-order are available now!

Finally FAR S ULTRA is landing on Nintendo Switch on 25th of March 2021. You can enjoy of this fast and futuristic arcade racing game on your favorite portable console!

Play in TV mode, Tabletop mode and Handheld mode, alone or with your friends in split screen races.

Also, the Nintendo Switch version of FAR S ULTRA includes all the fixes and improvements from the last updated released on Microsoft Store, Steam and Itch.io stores.

Below are listed all features of the Nintendo Switch version: 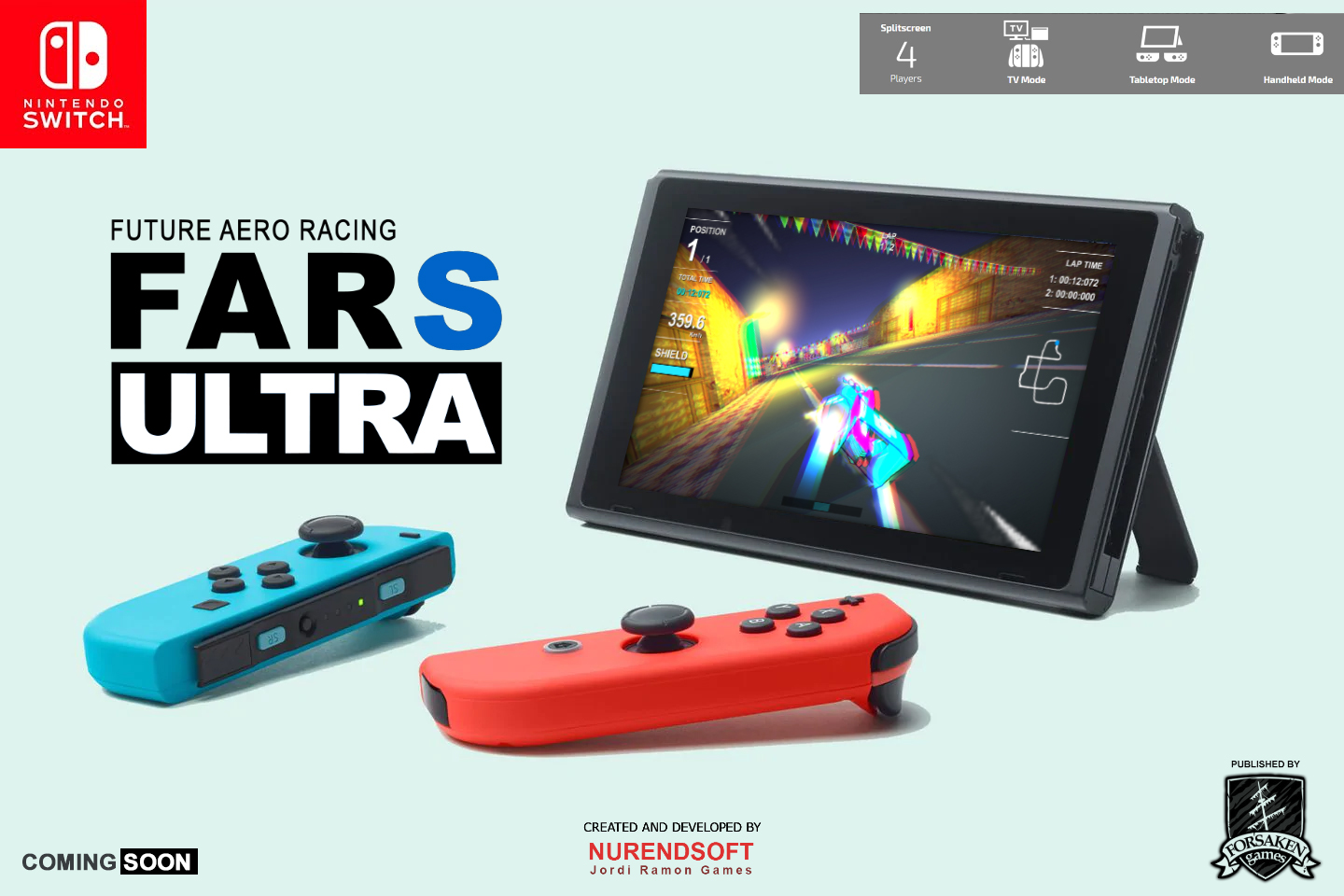