Never give up! Never surrender! F:PB gets back into the swing of things. 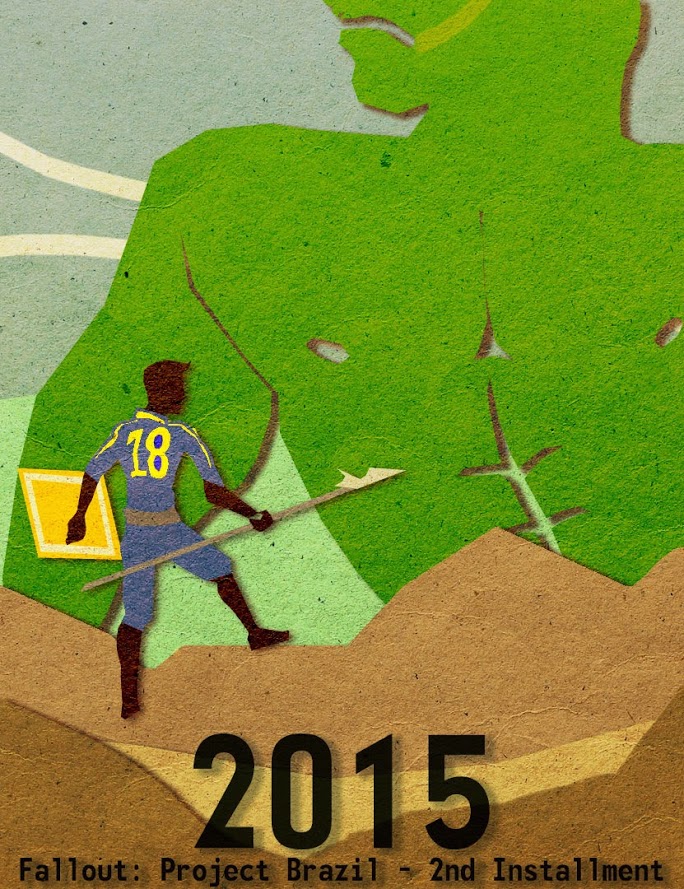 So 2014 pretty much blew past in the blink of an eye, and while a lot of work was done, we kinda fell off the rails there for a while. But! We've been back online for a while now and began making progress. We have the story in the GECK, some interesting new plot twists, and a long way to go. 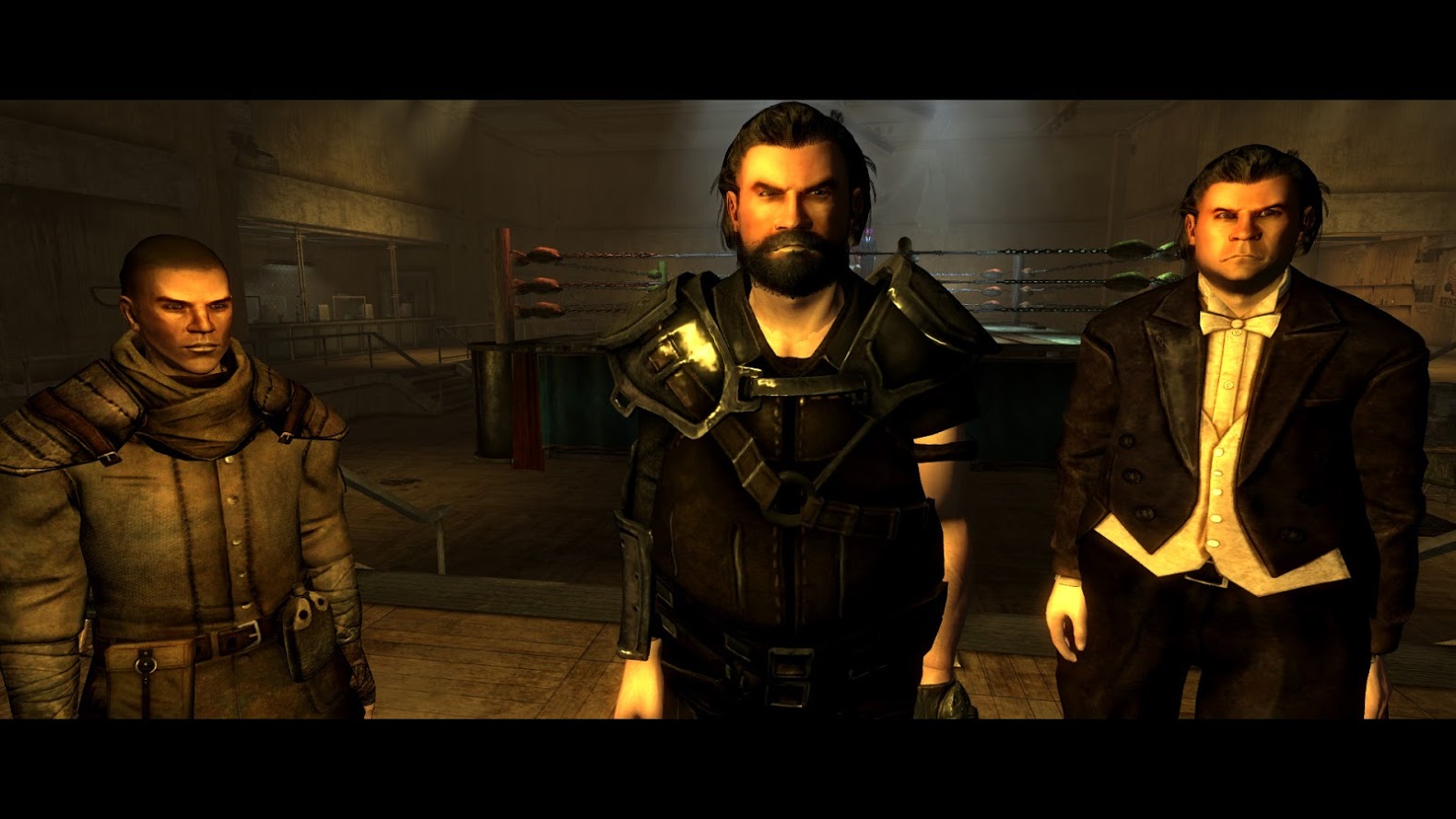 We have handsome new characters! Now with FCO compatibility! 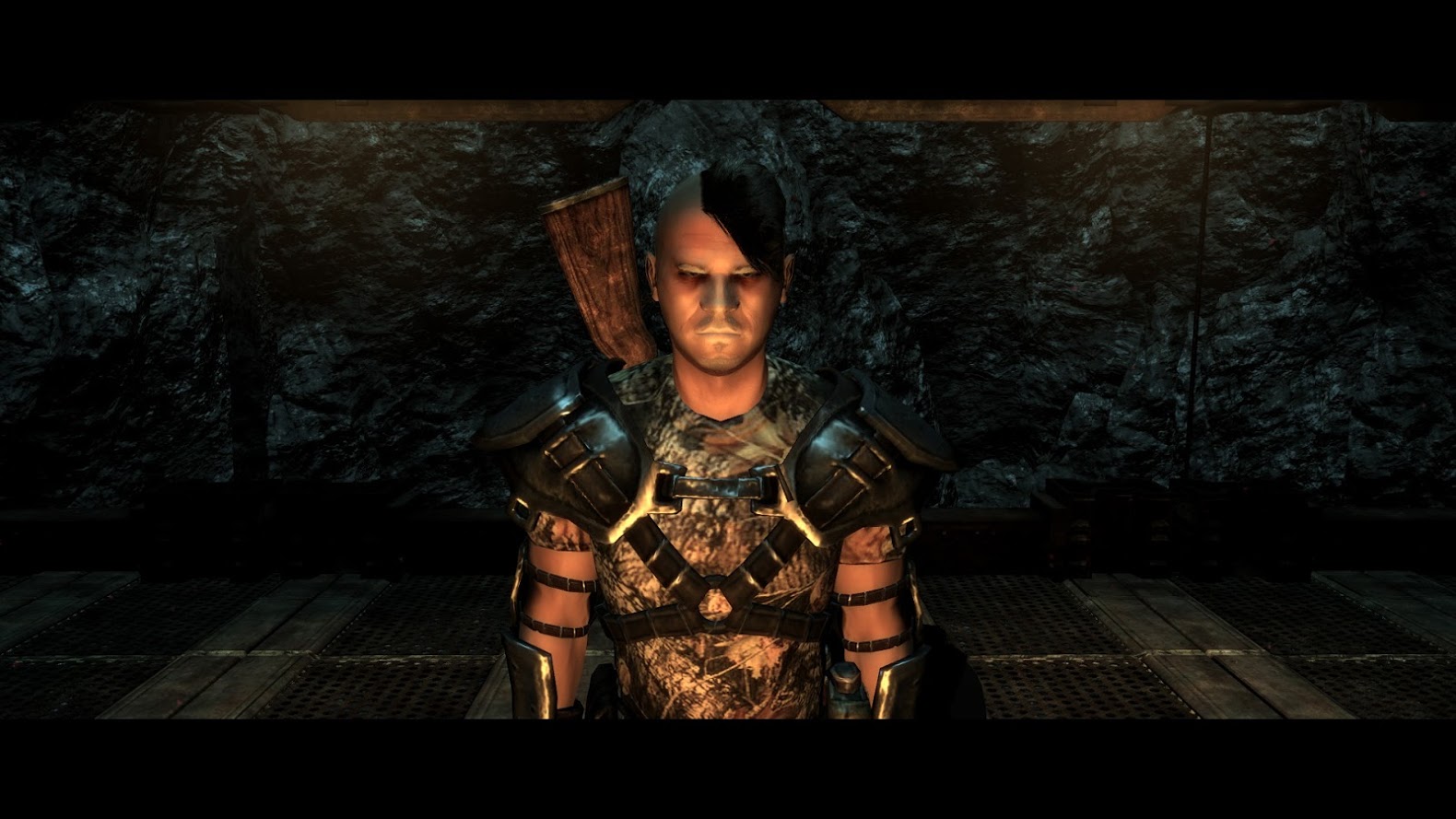 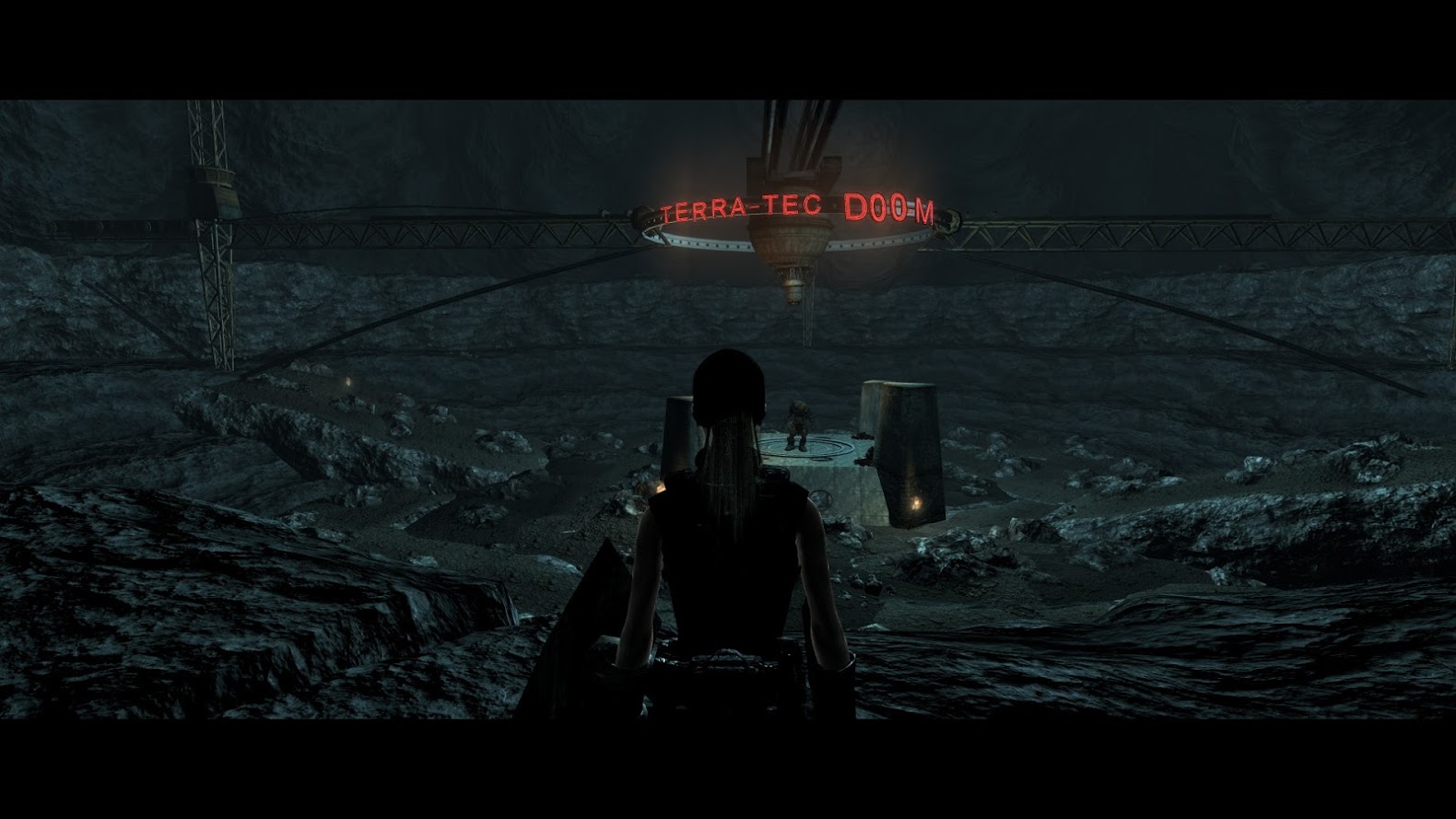 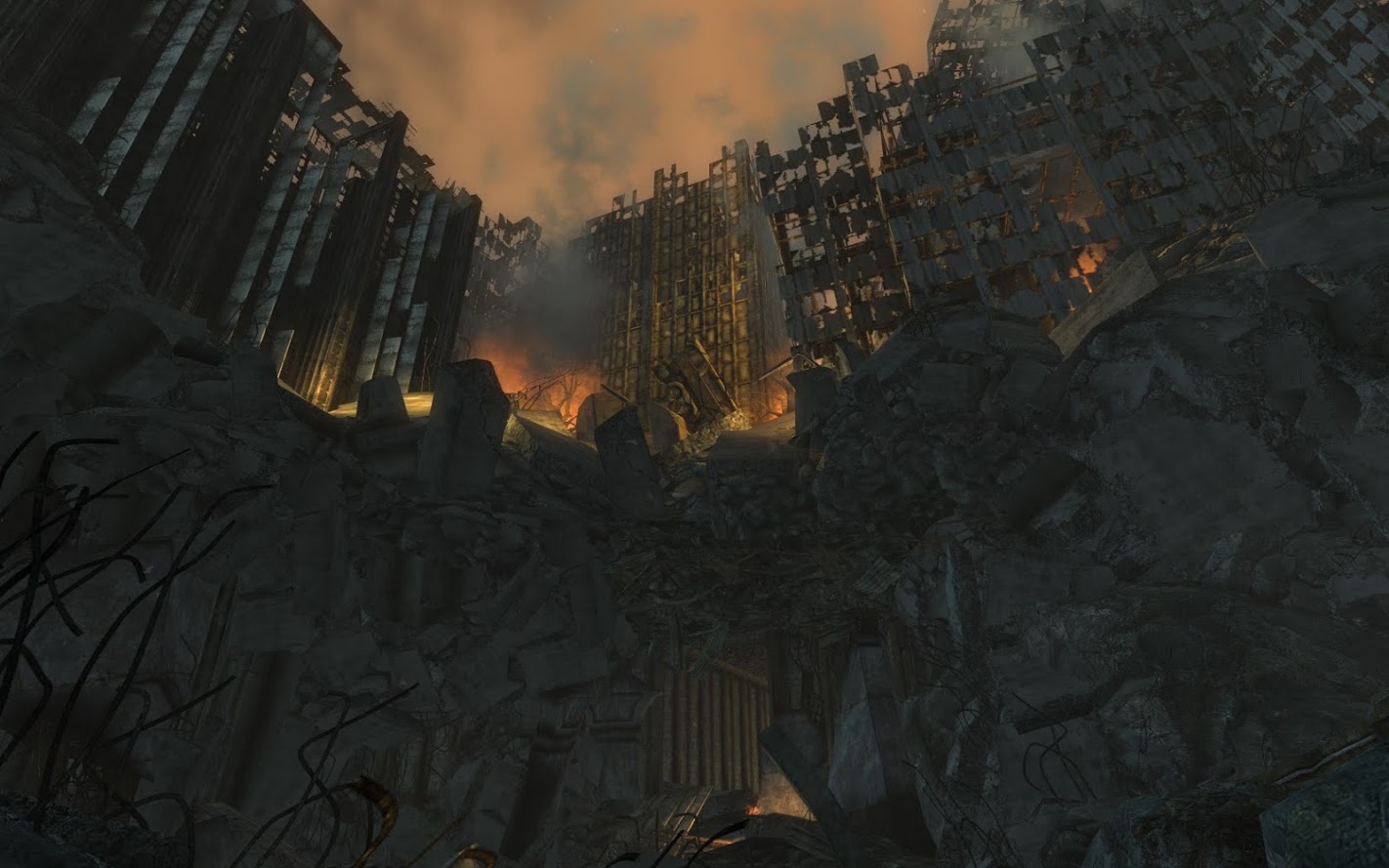 We finally have an excuse to use this place during the Boss Battle! 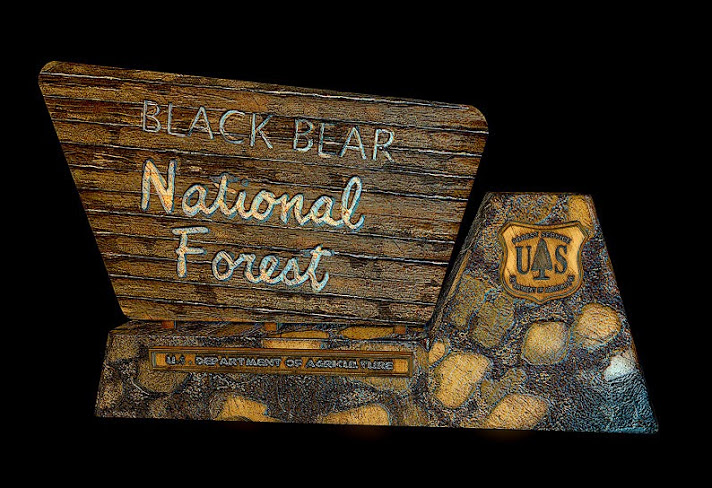 If you were to go back to 2011 and tell me that in 2015 I'd still be working on Fallout: Project Brazil, I'd probably have a heart attack. That is a long time to be working on anything. But, as history shows, here we are.

We are currently down to just two coders, one of which is our venerable RickerHK from the 1st Installment, and our other mate only drops by every few months or so. We lost Freddie to the responsibilities of real life, along with Marco.

That leaves us with a bit of a problem, since I, Brandan Lee, am not a programmer. I chose to play a 3D Art & Designer cross class character and rolled a 4 on programming. That means that after Level Design and Quest Dialogue Writing are finished, I get to sit on the bench and be a cheerleader.

When I open my email in the morning, my heart either soars or gets crashed depending on whether there is a team update waiting or not. 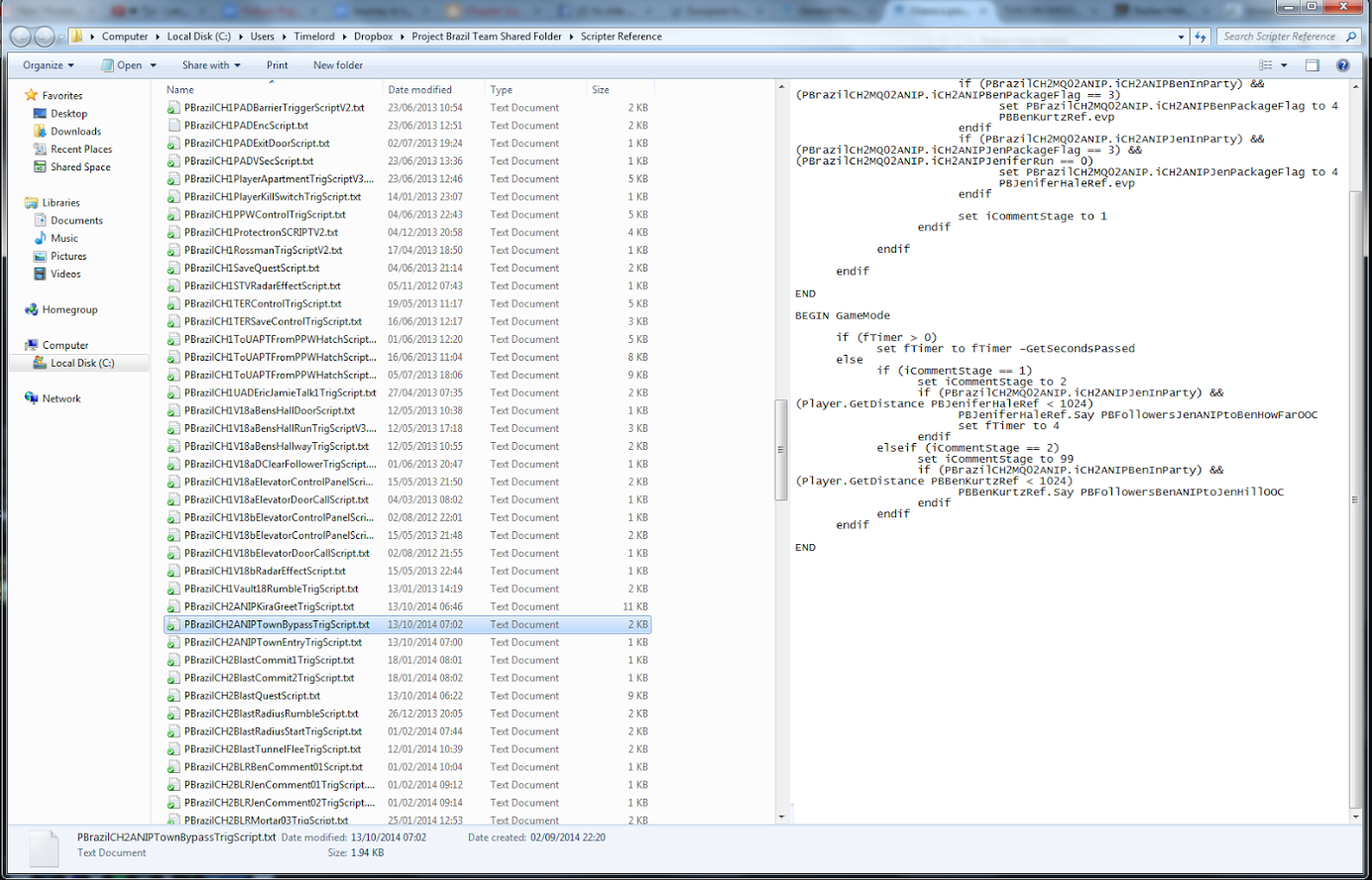 Never have you seen a lad more happy to get a wall of text on Christmas morn'!

Currently, the story of F: PB in the GECK is just... it's just too damn big. It is a VERY deep story, 7,000 lines including part 1, encompassing 15 Main Quests full of major branches, 5 Companions, and about 8 side quests! It took Steven and I months to finish getting the text alone into the engine, and I'm still missing a chuck that's in the form of Google Documents and not in the GECK. I recent brought JoshBadWriter on board to help tackle it.

I assembled it as though it were the best game we could possibly make. I ripped it apart, I minimized it, I cut out the 3rd installment, and hacked and slashed until it was this: 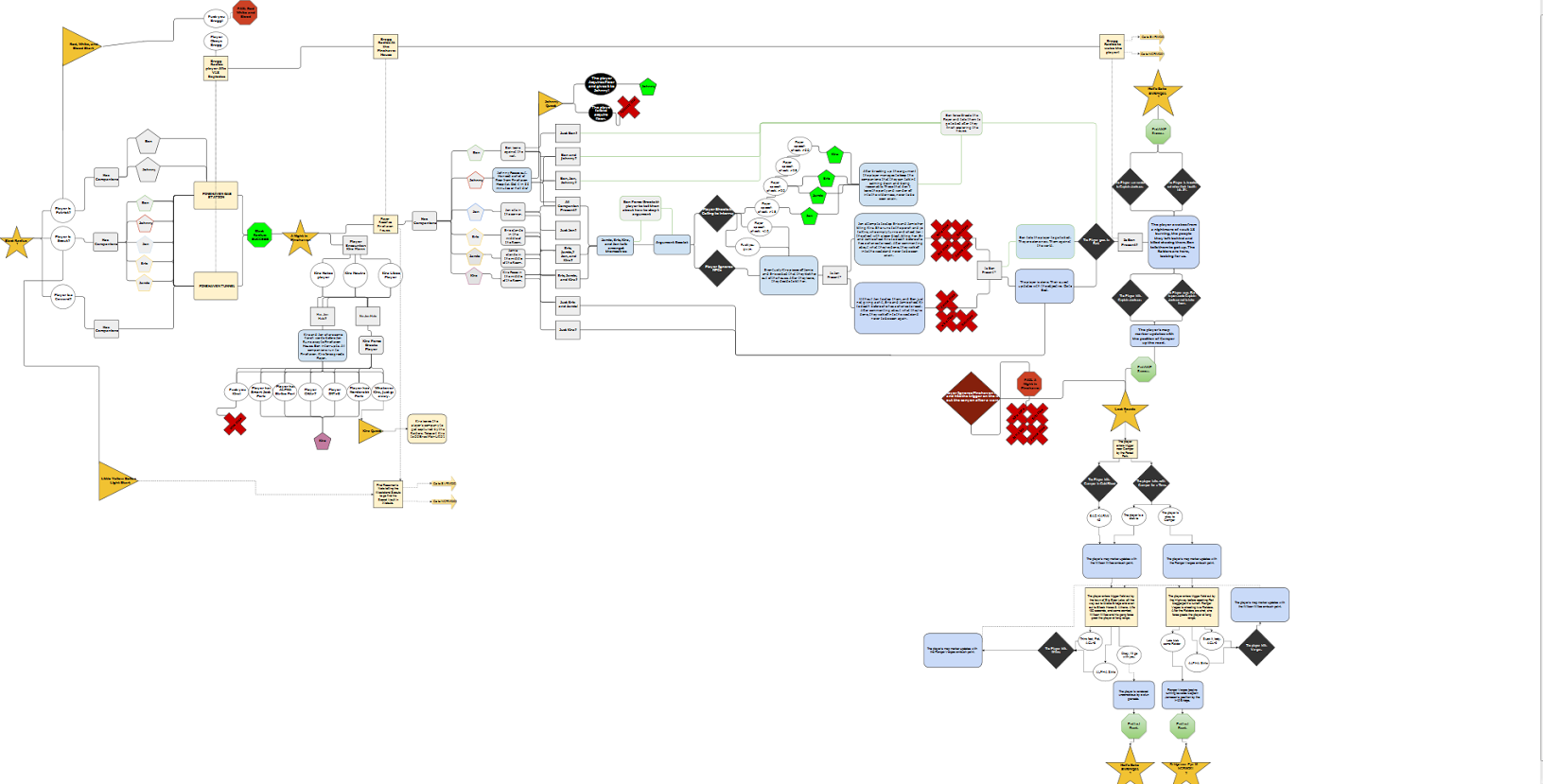 This is the first part of the 2nd Installment, the famous "A Night in Pinehaven," which starts right out of Vault 18. This is where all the decisions the player made in Vault 18 get summed up. All the companions, the Enclave vs Wasteland Scouts, and the player finally grows out of their Athlete / Nerd bracket and becomes a Warrior / Scientist.

There are 6 possible companions, and we decided to account for them all right here. WE had to distill 6x6 combinations (36 variable sets) down to 12, and then we got it down to just 9.

I did a poor job of documenting this late in March, so it left Rick in a tight knot of established variables and condition checks in the dark. That was my bad. We went through a serious burnout phase that lasted the remainder of 2014 after this monster hit us. I'm kicking myself for designing this thing, no matter how cool it is. Damn.

It then connects to the next part:

This is the 2nd Installment Main Quest Story Line Flowchart.


-MUAH HAHAHA! I DARE YOU TO TRY AND CLIMB MY SUMMIT FOOLS! I AM UNCONQUERABLE!-

"Nothing lasts forever, Aku! Your evil days are at hand!"

We decided at the start of the year to trim this down. The flowchart on the left shows all the content we had planned back when we had things like momentum and energy! :p The one on the right shows what we're going to do to get F: PB released this year. There are still major branches and lots of details, but it's more on par in scale to the 1st Installment.

I'm bringing GePalladium from the Vanessa Mod on-board to take over the companions, so Rick has better time handling the Main Quest.

The story on the left was designed with Project Brazil being a really significant mod team in mind. I wrote all the dialog and planned the quests to be done by new coders that would join after the huge thumbs up from Bethesda and Obsidian. After all, we got a lot of promises from some really incredible people.

For all the work we did, we were really well rewarded with positive reception when the 1st Installment launched. We had a lot of time, since I was unemployed through a big stretch of it at the end after leaving Crystal Sky, and the other team mates were pretty settled. But that help we were banking on? Never materialized. Lesson learned there.

That was okay, because the team was still together. We didn't need new folks anyway.

Since the first installment was my yardstick, I figured that we learned a lot, had better managed our assets, and had laid the foundations to make the rest of the game stitch together fluidly - the next part would be a breeze. All the levels were done, all the characters ready, and the story was written and edited... so there was no more waiting for assets to move down the pipeline! Smooth sailing, right? 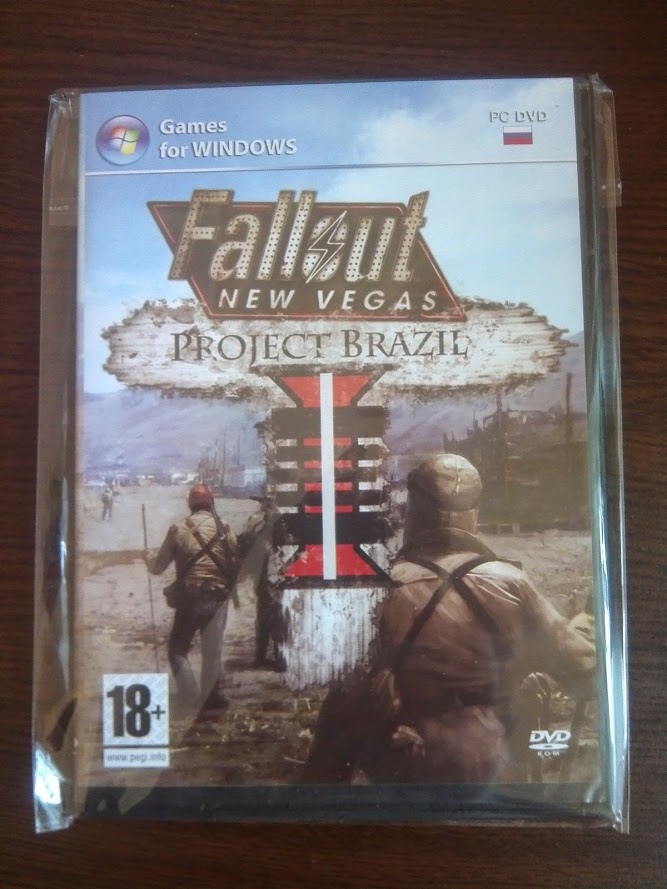 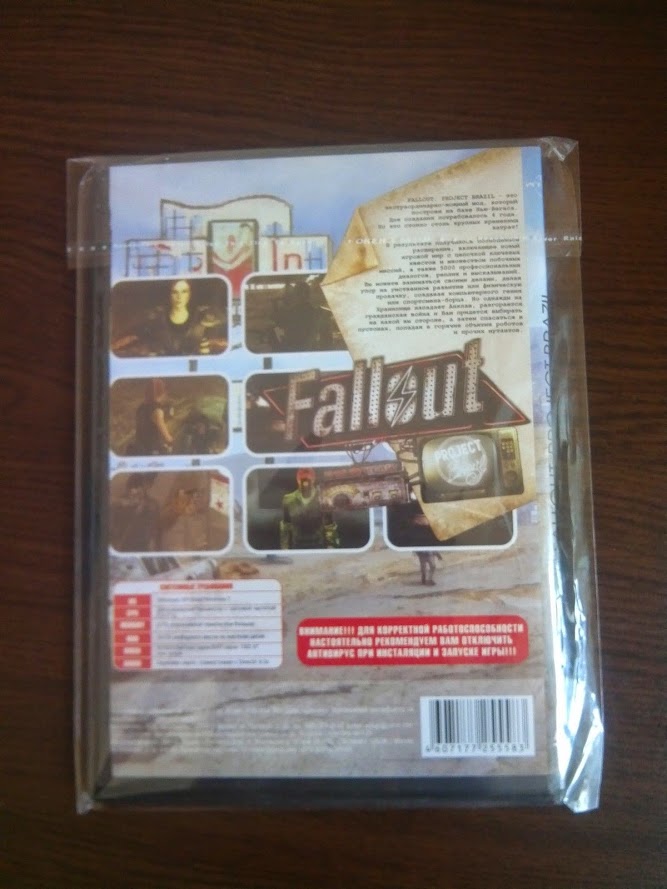 As smooth as a Russian Pirate Hijacking your ship on the cold Kamchatka sea. Seriously, that happened.

Mmm, not so much. Real life had other plans. Between some of us being put in the hospital and others getting big day jobs, keeping up with F: PB was a real bear. So we all decided to take a break and recuperate.

I actually took some time off to build some star-ships for a new indie Role Playing Game game I plan on announcing after F: PB is finished: 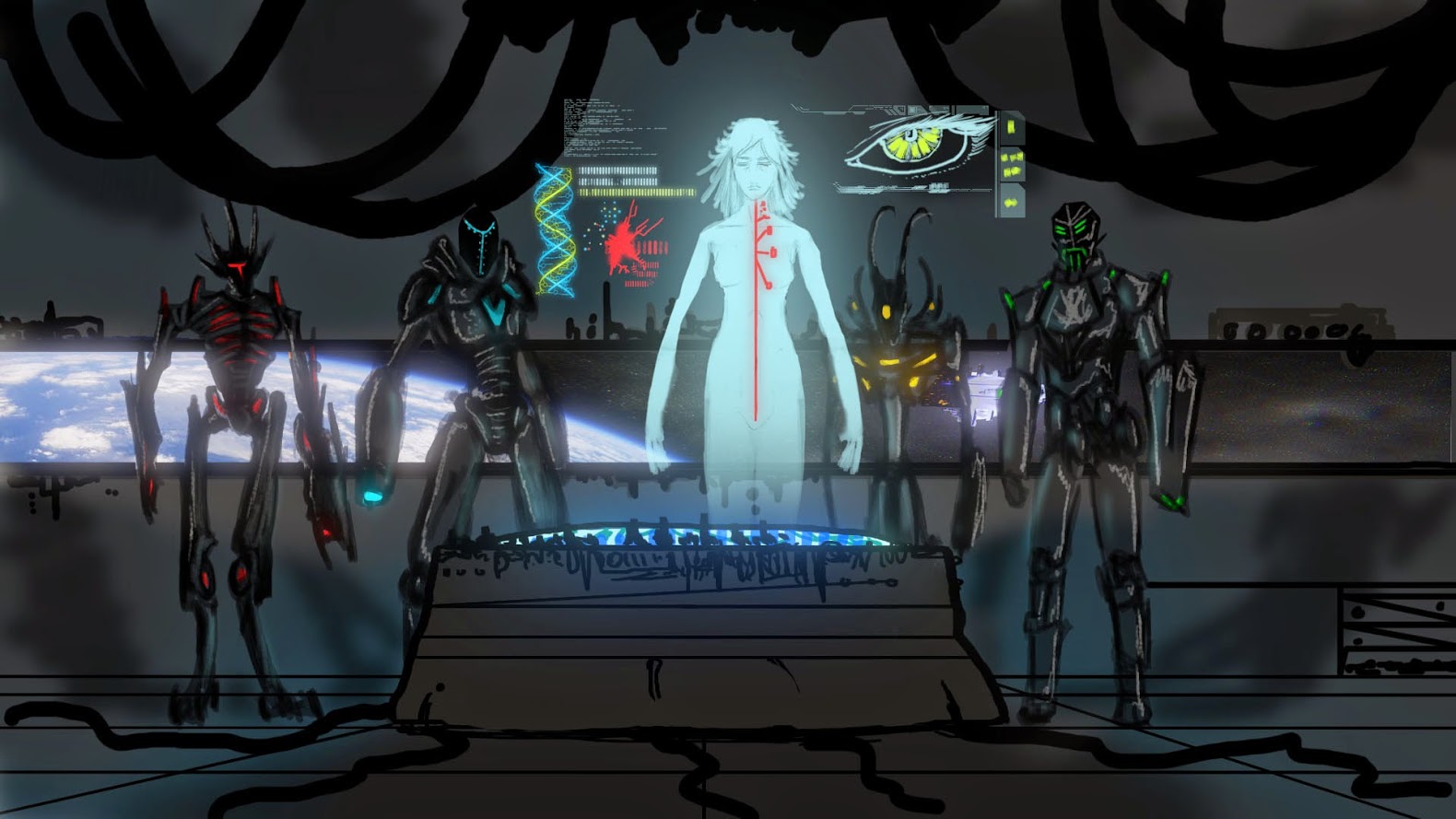 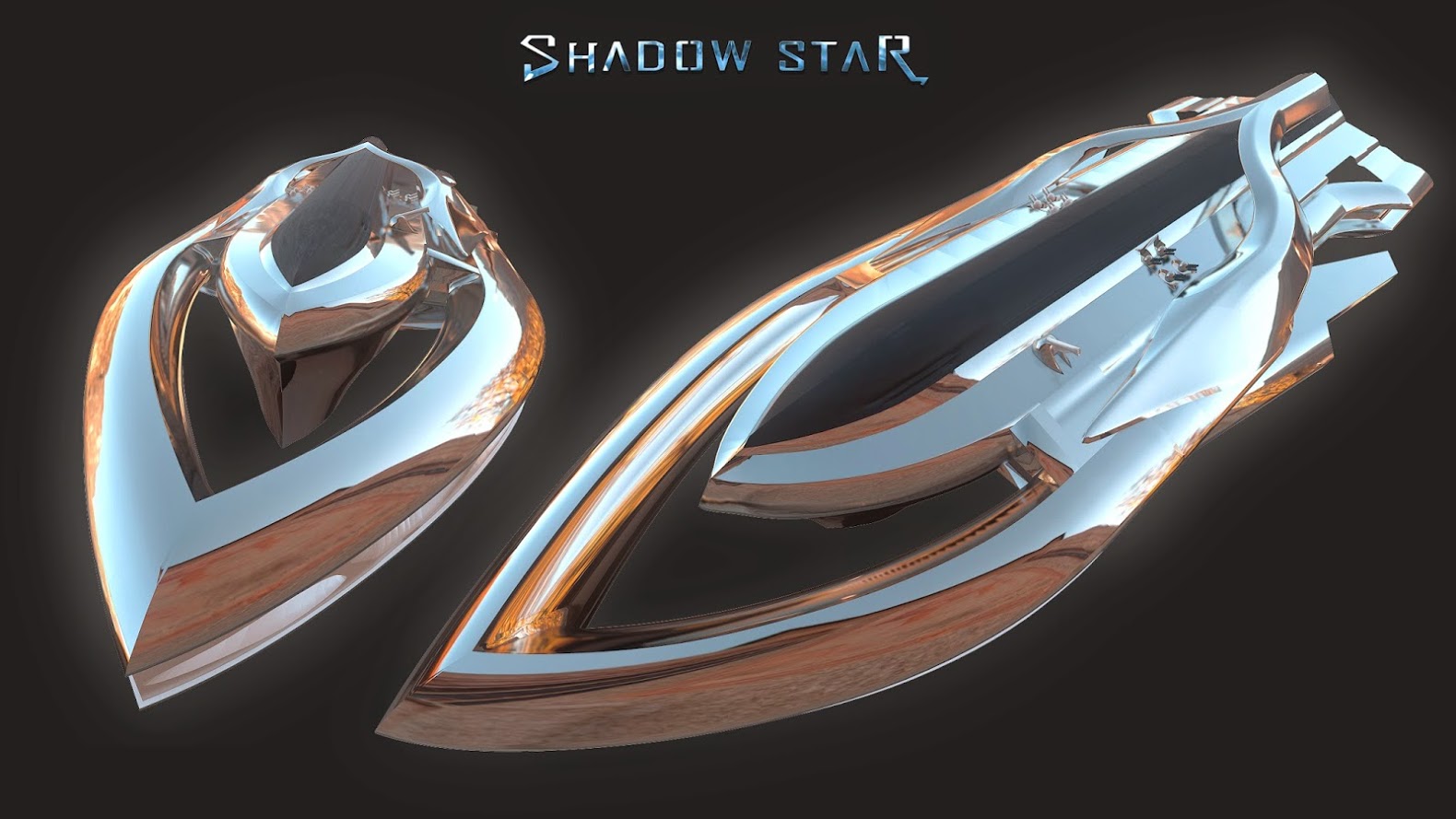 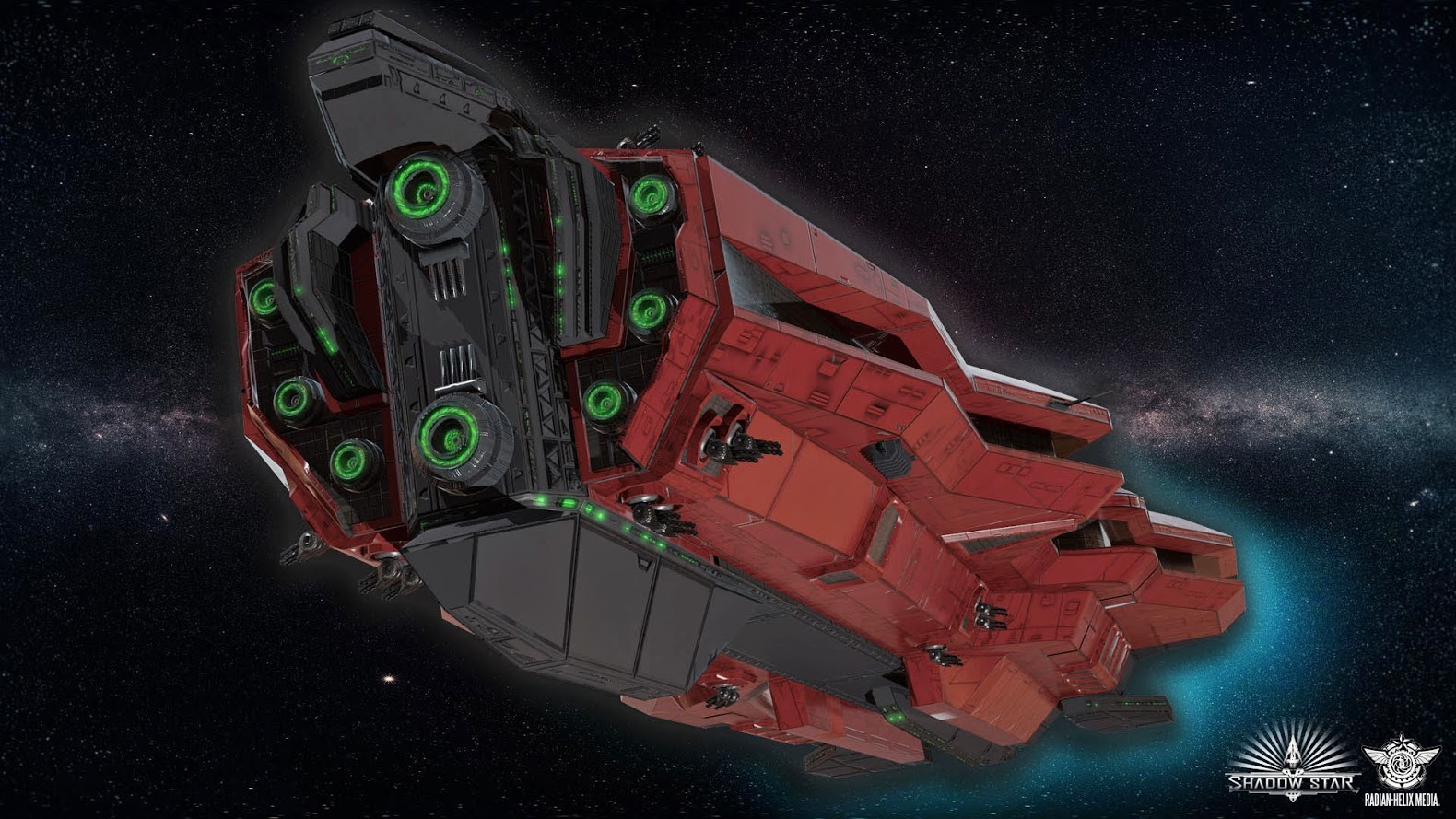 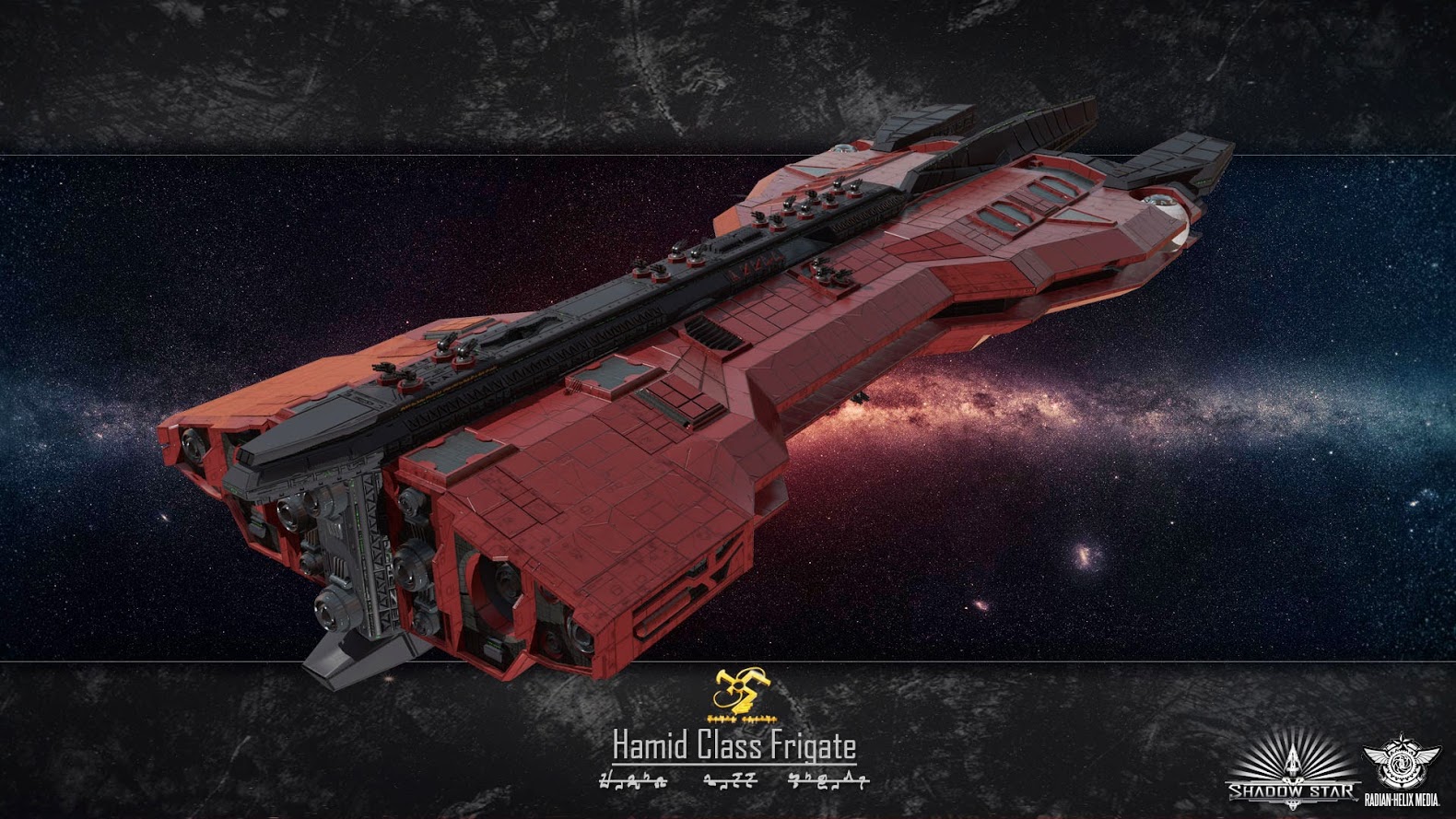 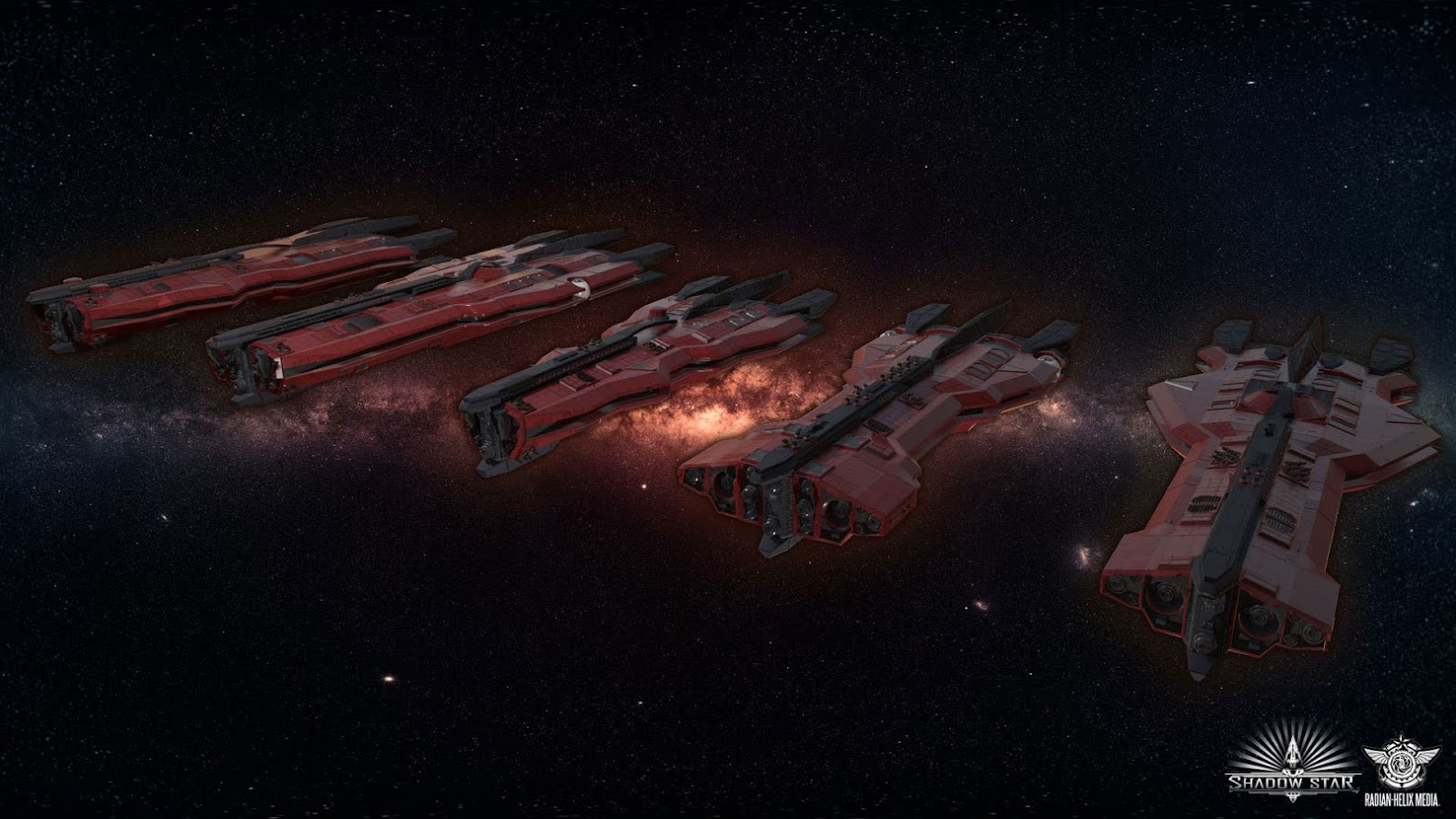 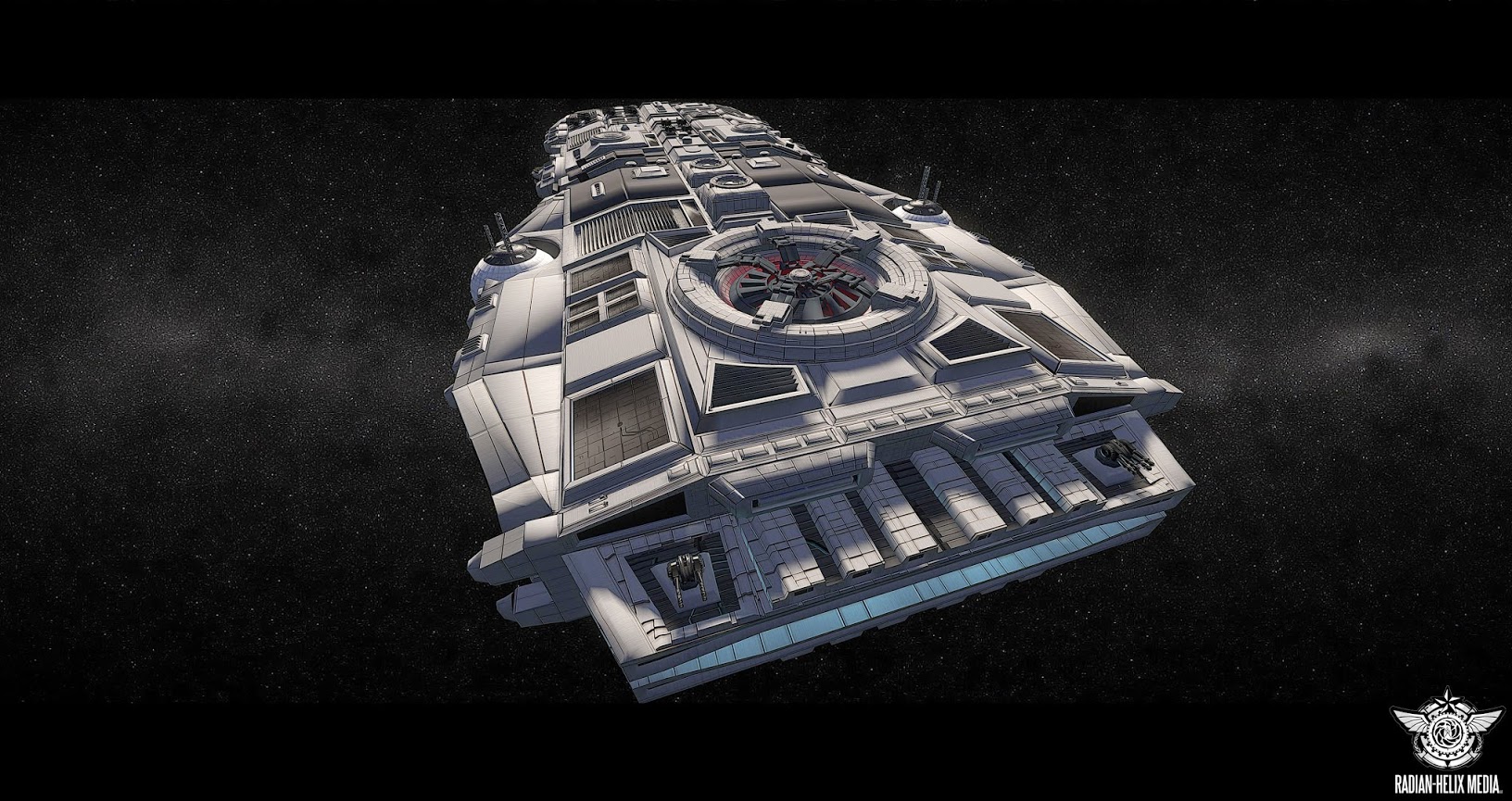 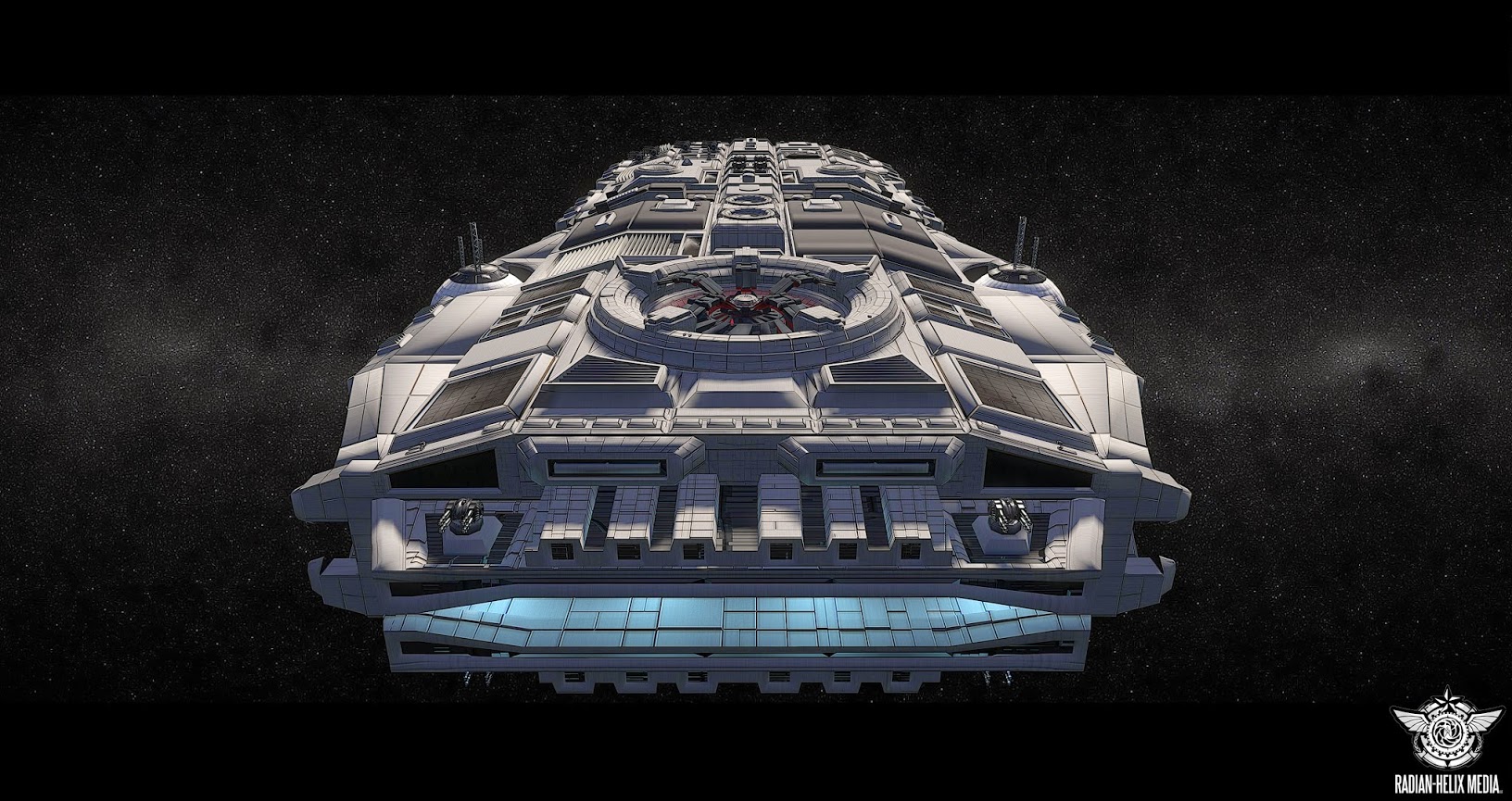 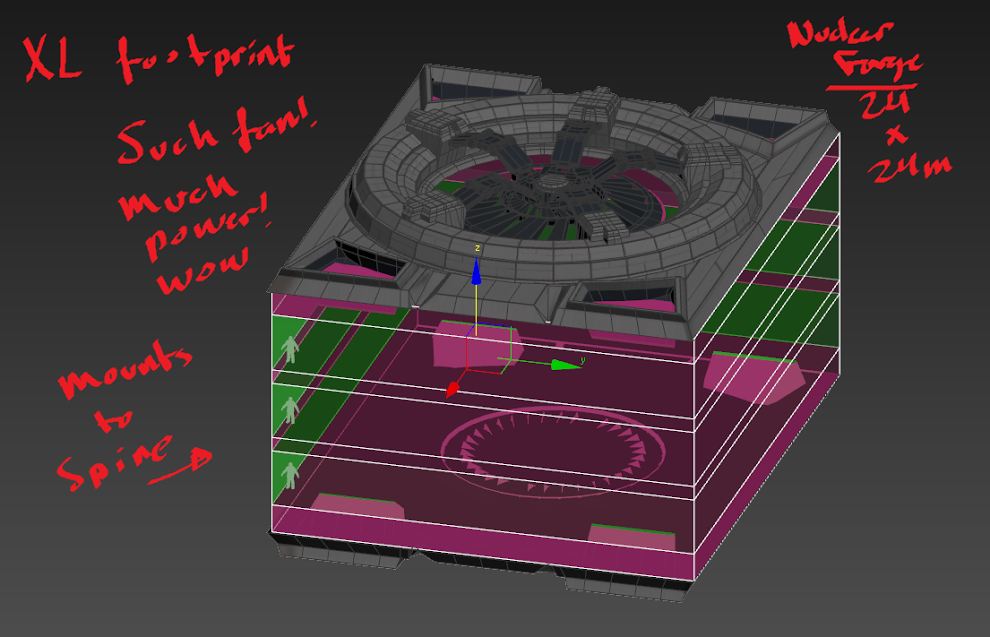 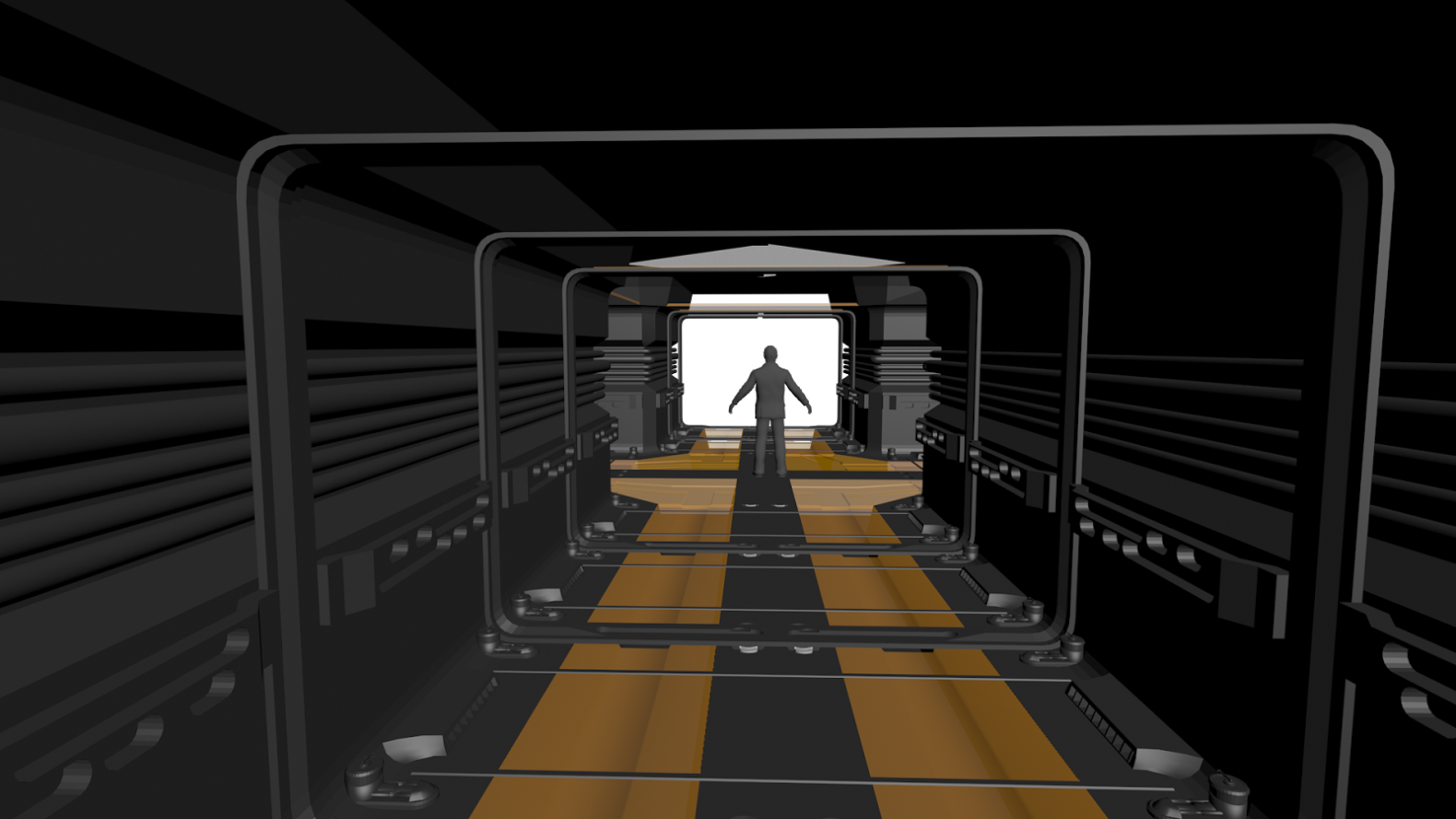 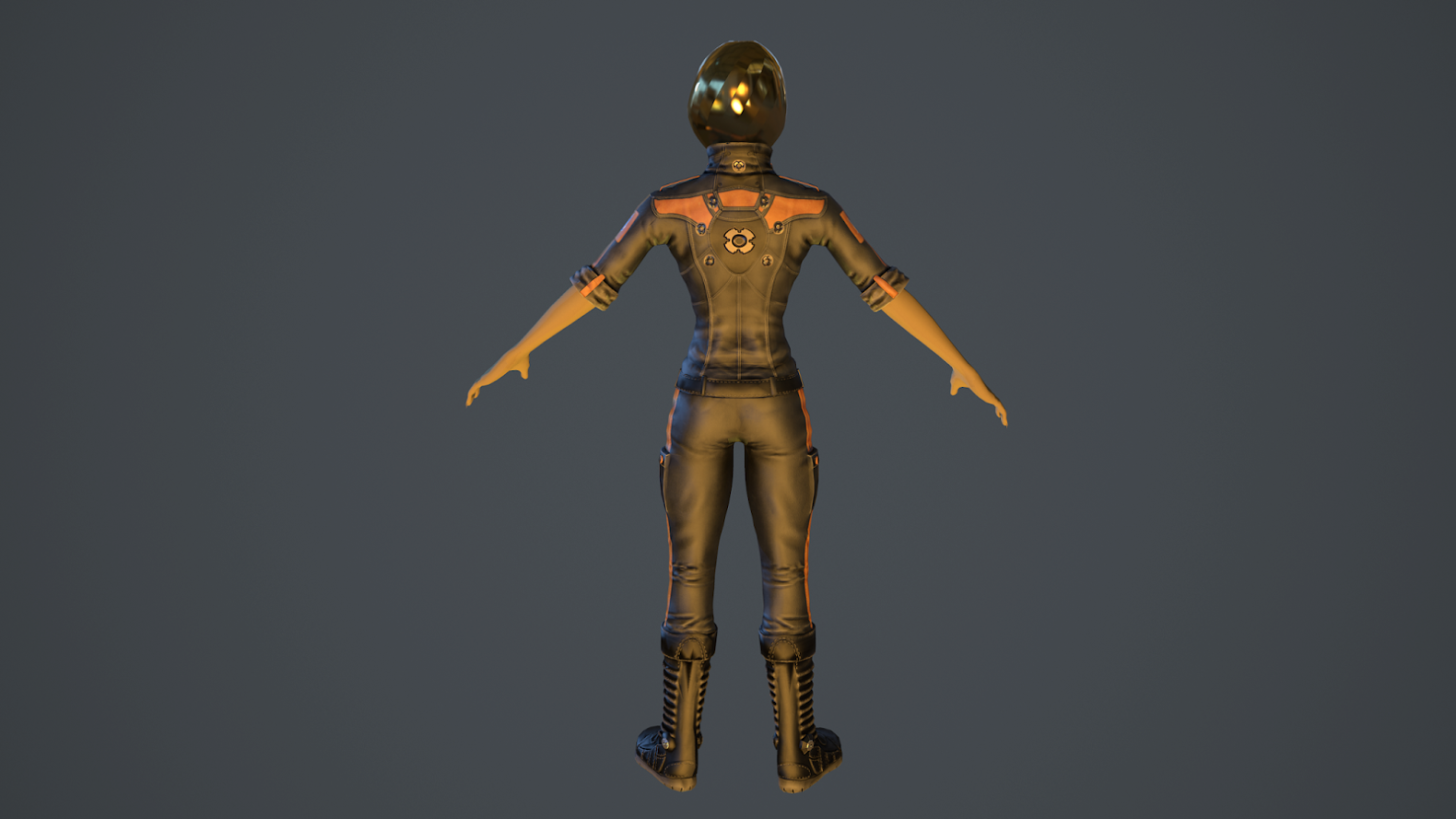 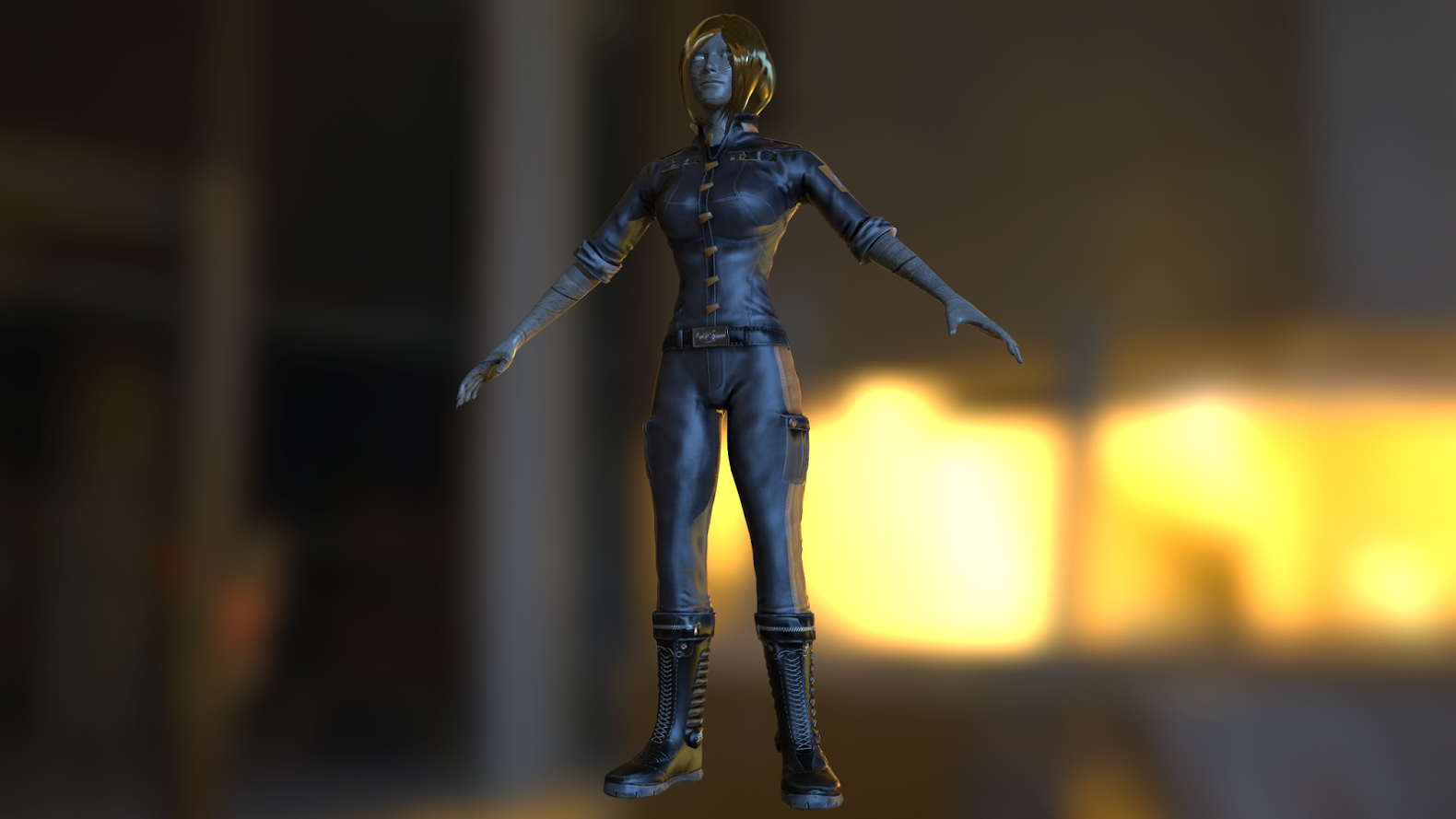 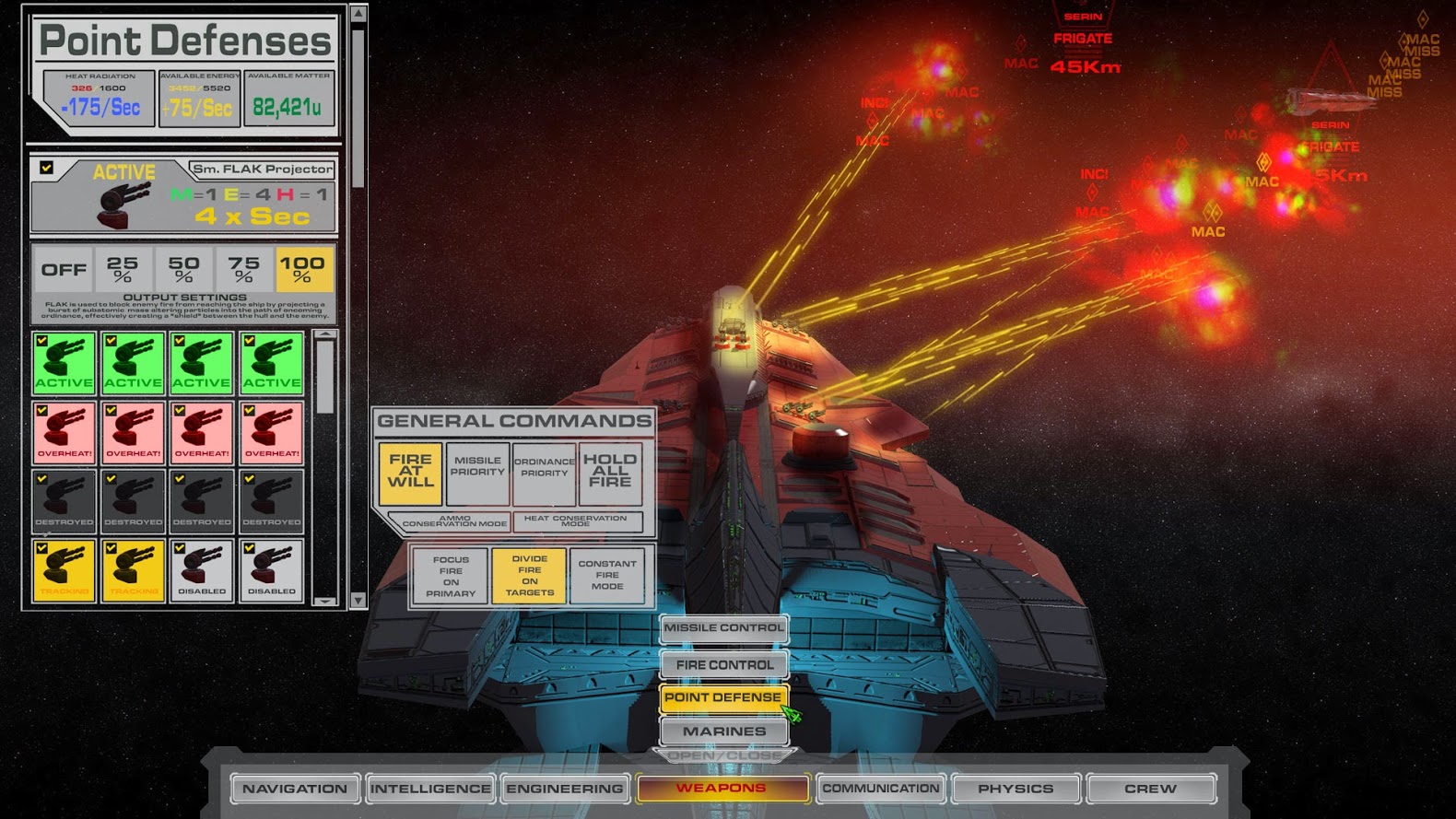 But, after a good long vacation, we're back on the horse. After Fallout: Project Brazil is on track and we have more programming to show, I'll update everyone again.

You can read about our progress on the Design Documents Found Here. In the mean time, you can keep track of us on ModDB, Fallout Nexus, or Facebook. We've got a thriving online community centered around each one.

Sorry for the spammers guys. I hadn't got online yet. Killing those bots knocked out all your comments. If you wanna reply again, please do!

I just reinstalled New Vegas about a week ago and seeing this news about made me pass out I was so happy. This week wasn't going so well till I seen this. Thanks mate I'm glad you're back :)

Glad to see your back at it, i was happy to see the update in "my updates"

Fantastic! Just fantastic news, Thank you for doing this! :D

Glad to see some more about this mod! I really liked the fist chapter and all the paths it could take. Shadow Star sort of reminds me of The Mandate from just those screens.

Thanks! :) I really like the Mandate, and I'm glad they're successful! Can't wait to play it. Shadow Star will actually have very little in common with them on release. We're closer to if Star Citizen ripped out 90% of its feature creep and left behind something similar to Mass Effect (or KotOR) + Fallout 3. Lots of first person shooter combat, a personal inventory, looting, and talking to NPCs with multiple branching paths related to faction conflicts.

We'll get the 2nd Installment of F: PB out to you before we jump over to SS full time. Cheers!

I hope it's more Fallout NV than Fallout 3 but that sounds like it could be quite interesting depending on implementation. This may be a kind of random and out of place comment, but I've noticed that there are very few RPGs where killing things isn't the primary interaction with the world. I really liked how you got to know a lot of the characters in PB before any violence ever happened. It made you care more about it, and it made it easier to accept in a way. So many RPGs have that tired trope of random bandits who're presumably in it for survival trying to fight you to the death even though they stand no chance, and it ends up making you feel much less than heroic when the only option is to slaughter practically harmless foes by the hundreds because they're inexplicably suicidally aggressive. I dunno, I just wanted to share those thoughts with someone who makes games.

That last screen shot looks like ship combat gameplay though, which is nothing like the games you mentioned.

If you like talking to your NPCs before you kill them, or instead of, then you will love Shadow Star. We will have a smattering of "bandits" in the form of wild Forerunner Drones and Pirates, but our combat will primarily be faction based, either between the 4 major Empires (of which you must be a part at the start of the game)or between the sub-factions & independent states.