The Fallout 3 Reborn V8.1 patch has been uploaded, and the DLC mods are also on their way, read below for more info.

That's right, the Fallout 3 Reborn V8.1 patch has been uploaded, and it will be available for download soon enough. The DLC mods are also being worked on, currently I'm done work on Operation Anchorage, and I'm almost done the Pitt, although I have to play it start-to-finish before I'll release it. After that, the ever-so-famous Broken Steel will be receiving a Reborn-style overhaul. 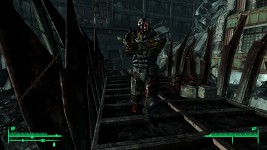 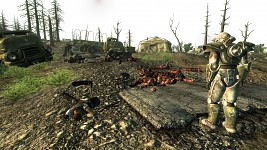 
The list of bugs fixed in V8.1 is posted below:

I don't know if this has been fixed or not, but you should disable the player needs in the expansions, as there're not many food or beds available while you're there (specially Anchorage, finishing that one with my health dropping 'cause of a mixture of dehydration, exhaustion and famine was quite a bitch).

It's your job to do that in the player house terminal, BEFORE you enter the DLC. The Pitt is fine, tons of food, and you always have slave gruel you can get.

If i install this, will i still be able to use my saved game?

You CAN, but it's not 100% guaranteed to work perfectly. Not like it is anyhow, but it's safer to start a new game.

SW33T :D Can't wait to finish oblivion (again, it's been bugging me to play it xD) i will continue playing thus mod.

indeed. It's not as good as the first two, but it's pretty close.

Never played either, but personally, I prefer 3D games.