A guide to the Faith Discipline card set within Labyrinth.

Posted by freerangegames on Dec 6th, 2016 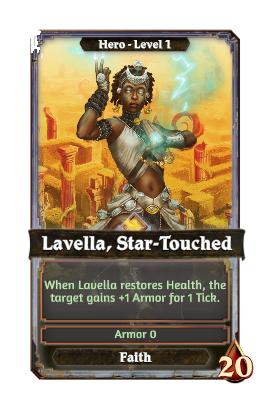 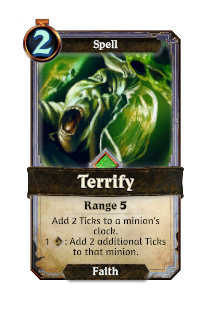 Terrify is a Rare Spell card that prevents a dangerous Minion from acting for 2 Ticks or 4 Ticks if they spend a Devotion, the resource for the Faith Discipline. Terrify is often used to allow another Hero to either kill the targeted Minion or get out of its range before it attacks. 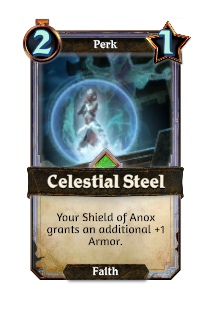 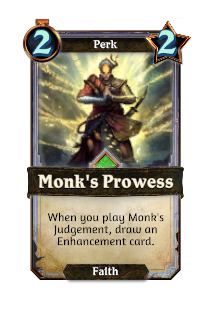 Monk’s Prowess is a Rare Perk card that helps a Faith Hero keep Enhancement cards in their deck to buff their allies. The Monk’s Judgement card is versatile already, offering either healing or attack, and Monk’s Prowess adds an extra Enhancement option to the Hero’s hand the next turn. More choices equals better options and less RNG. 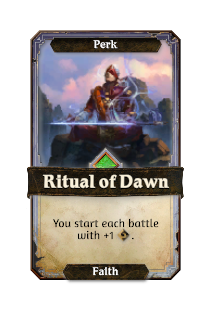 Aside from Health, nothing is more important to a Faith Hero than Devotion, the resource used by the most powerful Faith cards. Ritual of Dawn is a Rare Perk card increasing the starting pool of Devotion by 1 so there’s enough left late in a battle to play a card that costs 3 or 4 Devotion. 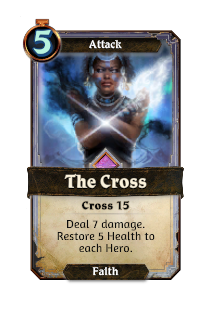 The Cross is an Epic Attack card that deals damage to enemies and restores Health to Heroes in its huge cross-shaped area of effect. It’s expensive at 5 Ticks, but can turn the tide of a battle instantly, killing multiple Minions while simultaneously rescuing all three Heroes from death’s door. Be careful to position Lavella first for maximum healing and damage. The Cross 15 range means that the “arms” of the cross extend 7 spaces in each of the four directions beyond the starting point of the hero. 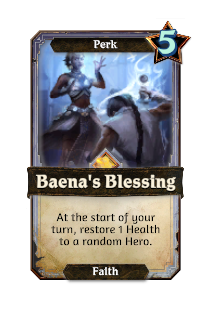 Baena’s Blessing is a Legendary Perk card for Faith Heroes. Though it costs 5 Stars to equip to the deck, it quietly delivers as much Health as the Hero takes turns, gradually restoring your Heroes while you focus playing your cards on more pressing tasks. Get a lot of healing for your buck: Legendary efficiency!