Hey there, I've just finished the faction symbols for all factions of the upcoming version. 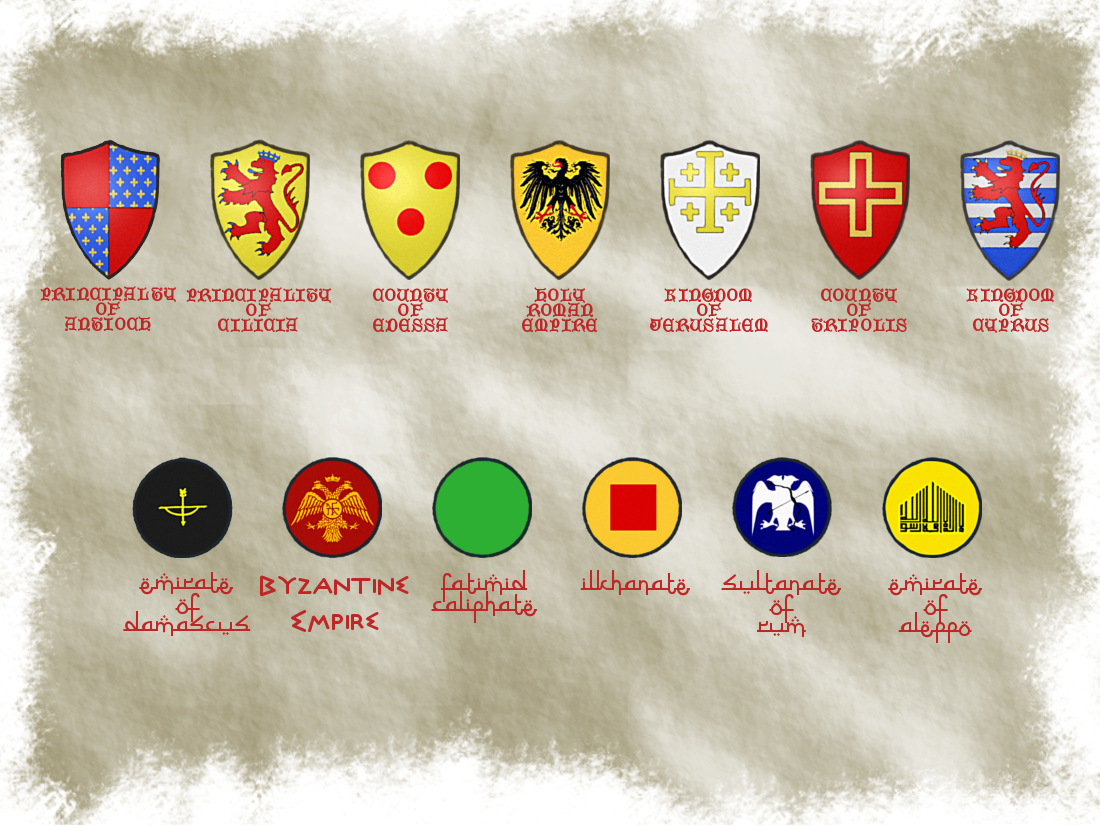 As well as in the menu, shown in the update before, I have tried to catch the same painting flair and style.

I'd like to add on more point, the menu is completly finished as well as the interfaces.
The interfaces was taken from the unfished and open source Mod L'Outremer.
I made some adjustements, but mostly it is the work of Swagger. Thank's for that! 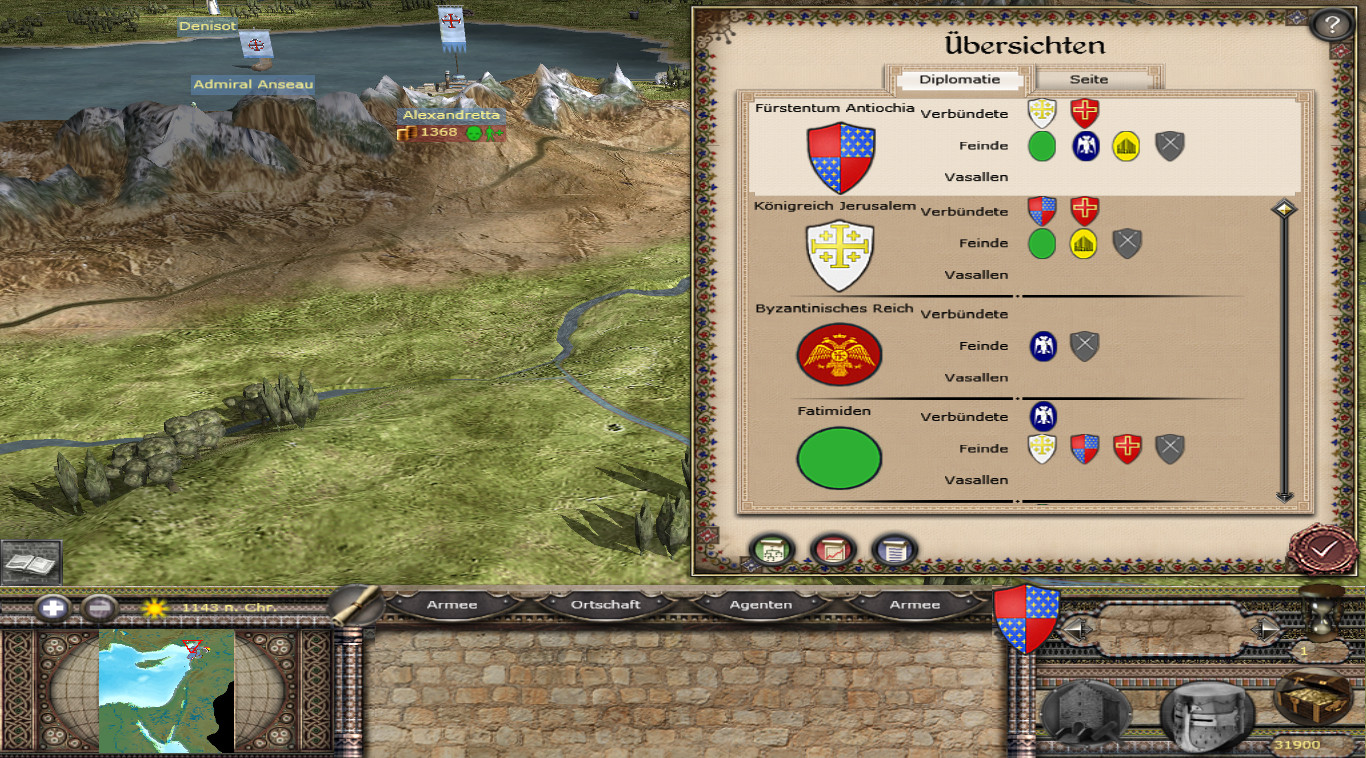 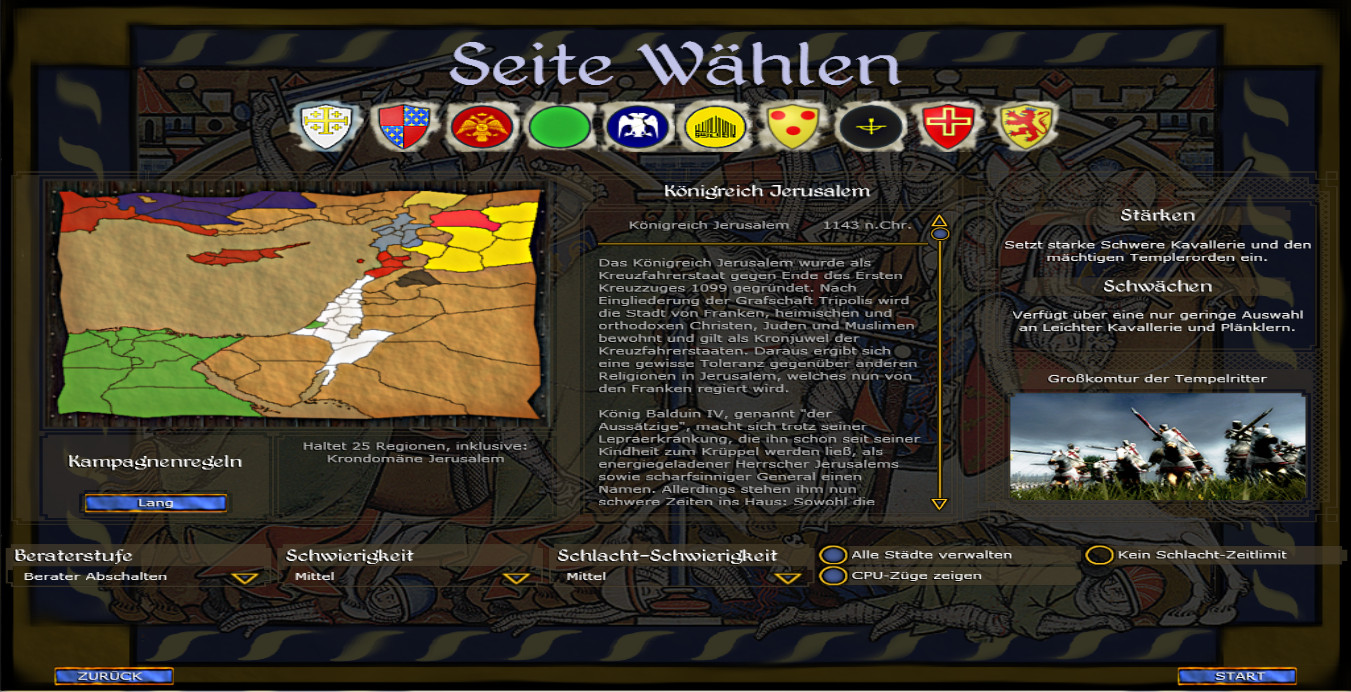 Thanks for your praise ;)

I'm really looking forward to this.

Seems like the Muslims might be a bit weak in the north eastern part of the map, maybe the Damascans should have more provinces?

That seems true yes.
But no worries, I just started researching and may also get some help with it.