Overview of the completed faction, update on progress so far, and units that have been added/replaced.

Faction Overview + Changes
Hello again. This article will cover some of the changes to the Kingdoms Unit Expansion mod so far and it will serve as an overview of the faction: Egypt.

New Units:
Two new units have been changed from the original design. Namely, these were the Armenians of Cilicia and Frankish swordsmen. I implemented these units originally, though after a bit of playtesting I though they should be changed. They're pretty dull (sorry if these are your favorite units) and they add basically nothing to the game, feeling more like filler units that anything interesting. So, I opted to replace them with something more spicy. The new units are "Alhijara" and "Byzantine Praetorians". 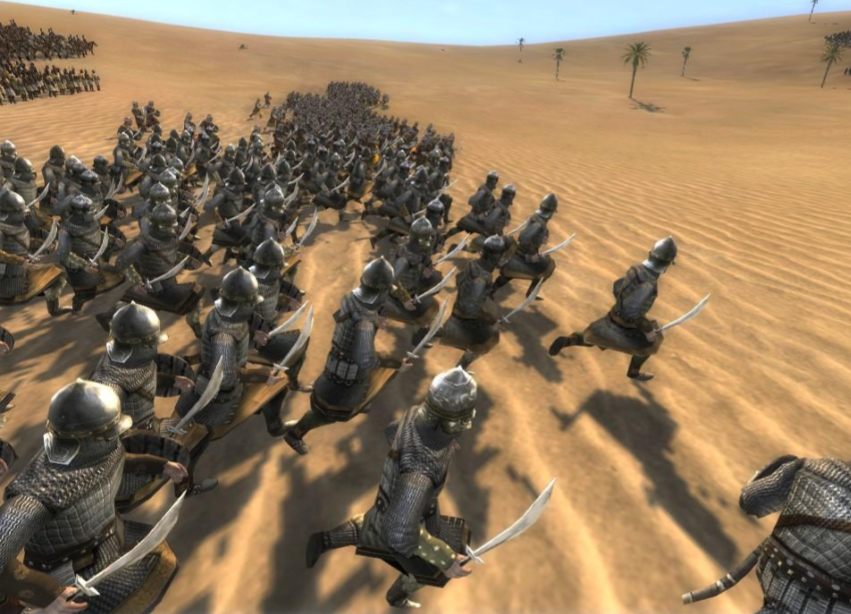 The Alhijara or "stones" as they were called, were a professionally trained force of heavy infantry. Commissioned by the Sultans to serve as defenders of their most valuable cities, though these troops fit well into the vanguard of any force.

The Alhajira unit is going to serve as a late game elite sword & board option for most islamic factions. Currently, they're available to the Moors, Egypt and the Turks. There's a high possibility that I will remove them from the Turks since I don't really think the Turks need them but for now they're here to stay. I'm not going to put they're stats here since they are unlikely to stay the same but just know that they are strong. Very strong.

The Praetorian Guard or Cohortes Praetoriae was an elite force in the ancient roman empire, tasked with guarding the emperors themselves. The Byzantines carried on this tradition, forming the elite unit known as the Byzantine Praetorians. These men are skilled with both the crossbow and sword.

The Byzantine Praetorians are a more interesting unit, designed as a hybrid - esque unit for the Byzantines. They pack a pretty big punch with their crossbows, and they are also pretty dang solid in melee. They'll do more or less everything except for absorbing a cav charge. Their texture is also a bit of a WIP so please feel free to message me if you think they could look better. I'm aware that as it stand they look a little.. odd.
Currently they're recruitable in Militia Barracks+ (almost certainly will be changed to a higher tier). They're only available to the Byzantines as well. 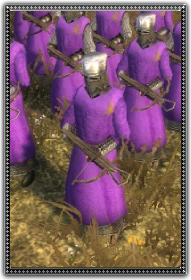 Info Card for the Byzantine Praetorians

Egypt has been completed! Currently it is the first faction that is fully done. So let's go over what Egypt:

List of units and stats can be found here.

- al-'Ashair Infantry: Your standard you know what unit. Equivalent of Town Militia for NE factions.

- Peasants: Peasants. Literally peasants. They die. A lot. That's pretty much it.

- Dismounted Arab Cavalry: Solid spear unit, can do most things though they're particularly good at defense. They're a pretty bread and butter unit.

- Spear Militia: Ok for the early game. I actually really like how they look with the armor upgrade. They become pretty useless late game though.

- Al-Haqa Infantry: Very solid unit. These guys are good at everything and they're basically just ol'reliable. They just don't like the cav charge.

- Halberd Militia: Saracen Militia is better. They're a very meh unit, they aren't really that great at anything and they can only really defend. They suck as assaulting in a siege and they suck at attacking in a pitch battle. They do take a cav charge pretty well though.

- Hashshashin: They sound good in theory but in all my experience I think they've been effective once or twice. They're a nice "they seem to be good" unit but in practice they just aren't that good. They aren't worth it for how much they cost (nearly half of a standard city's income).

- Khasseki Infantry: Axe. People. Axe meet people. Axe kill people. Jokes aside get these guys. They're really cost effective and they'll give you a run for their money.

- Tabardariyya: Big Axe. They're great strike infantry but they aren't great at holding the line. Or in cav charges.

- Alhjihara: Elite sword & board. See above.

- Abid al-Shira: Solid archer unit. They're alright in all stages of the game. They're a pretty standard mid-tier archer.

- Desert Archers: Similar to Abid al-Shira. These guys are slightly better in melee though, generally I find them to be a very reliable unit so I recruit them wherever I can. They also look cool.

- Archer Militia: You gave a random citizen a bow. Now you have Archer Miltia.

- Kurdish Javelinmen: These guys are a reliable enough unit, though managing them in a battle effectively can be difficult since Javelins have a very short range, and these guys don't do good in melee. Yeah I know what they're description says but trust me not to trust them in melee.

- Mamluk Handgunners: Standard powder unit. Basically the Abid al-Shira of guns. They're good at defending but generally I find powder to be kind of unreliable in Medieval 2.

- Sudanese Gunners: Similar to Mamluk handgunners but they have lower defense and pack a bigger punch, I find them to be more effective than the mamluk handgunners. They also look cooler.

- Arab Cavalry: Solid light cav unit. They're good at dealing with cav archers and other units of light cav. They're also fne when charging into archers but don't trust them with anything else.

- Mamluks: How do you even pronounce this? Mamlooks? Mam - lucks? Hmm...

- Sibyan al-Khass: Basically the only actually good horse archer you get so recruit them when you can and use them well. They're pretty expensive so don't throw them away too easily.

- Mamluk Archers: You gave a Mamluk a bow. Now you have a mamluk archer. They're basically just a slightly worse version of the Sibyan al-Khass. 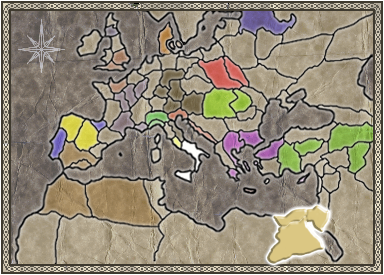 Your starting position would be one of the safest in the game, were in not for the near certain crusade coming strait for Cairo. Trust me. It's coming. Early on you should be able to grab most of Outremer and West Africa, unless the Sicilians beat you to it.

My best piece of advice playing as egypt: GET READY FOR THE CRUSADE I PROMISE YOU IT'S COMING THE CRUSADERS WANT YOUR BLOOD! THEY WANT IT!