One of our artists, Danny, brings you today's post, which is all about the evolution of the PDS soldier concept art! The People's Democratic State, one of the two playable factions in ExtroForge, is devoted to equality, order, and justice. Our creative writer Jonathan walks you through the development of the soldier concept.

Hello! It's Jonathan, here to reveal the concept for the People's Democratic State Soldiers. This wonderful concept is drawn by our resident artist, Daniel Vasquez. A single line appears on the paper, soon followed by curves and a couple of bevels. After a few hours, a body is formed. Smaller features that have no purpose for now are added in , but quickly take shape. After a few more hours, a warrior has been born into existence. He has no purpose yet, but that quickly changes as his story takes shape right in front of you. 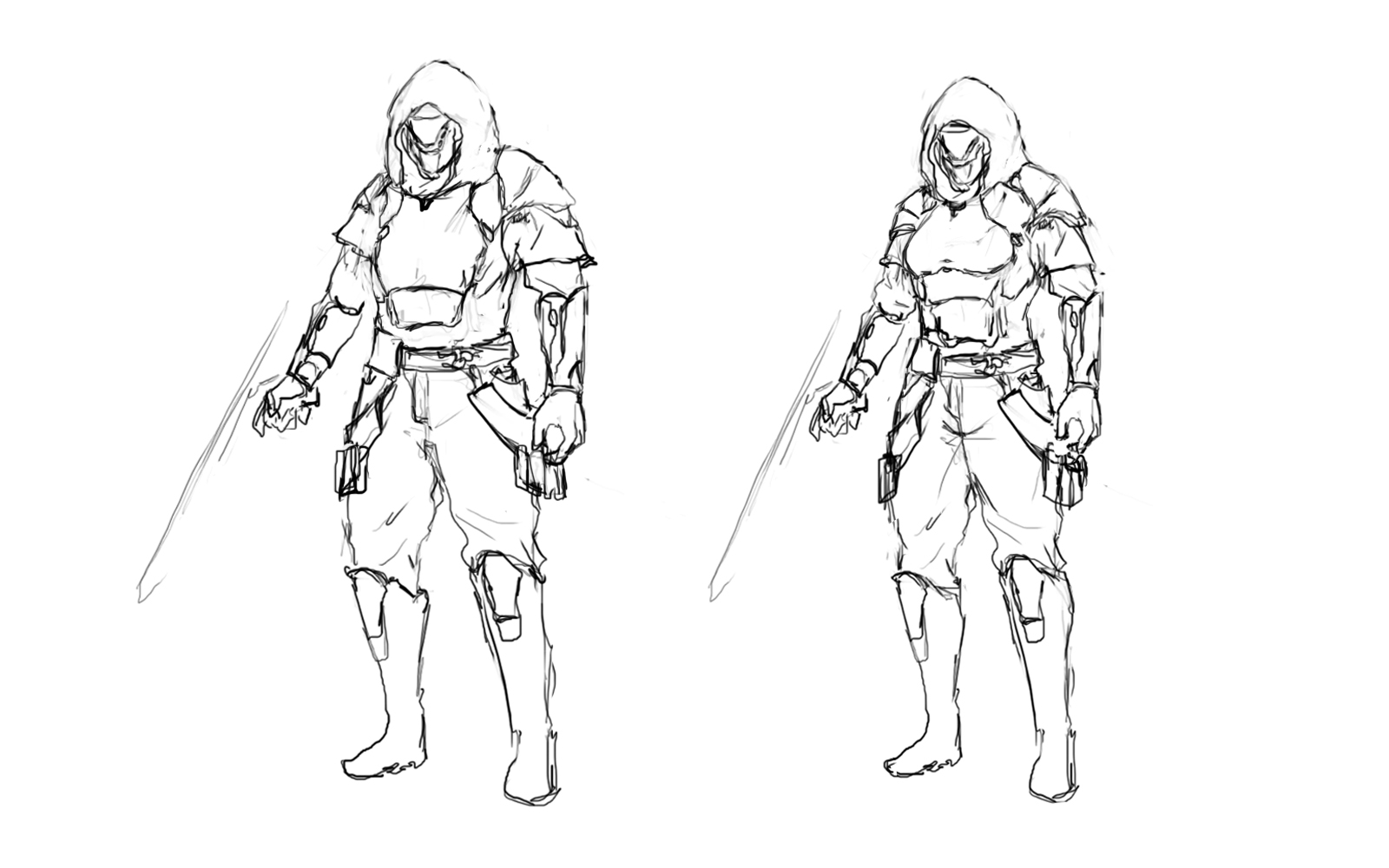 Right away, color is added, giving the soldier life and personality. Blood red accents show his lust for blood after his people were needlessly massacred. He wears a hood to protect his identity from big brother. 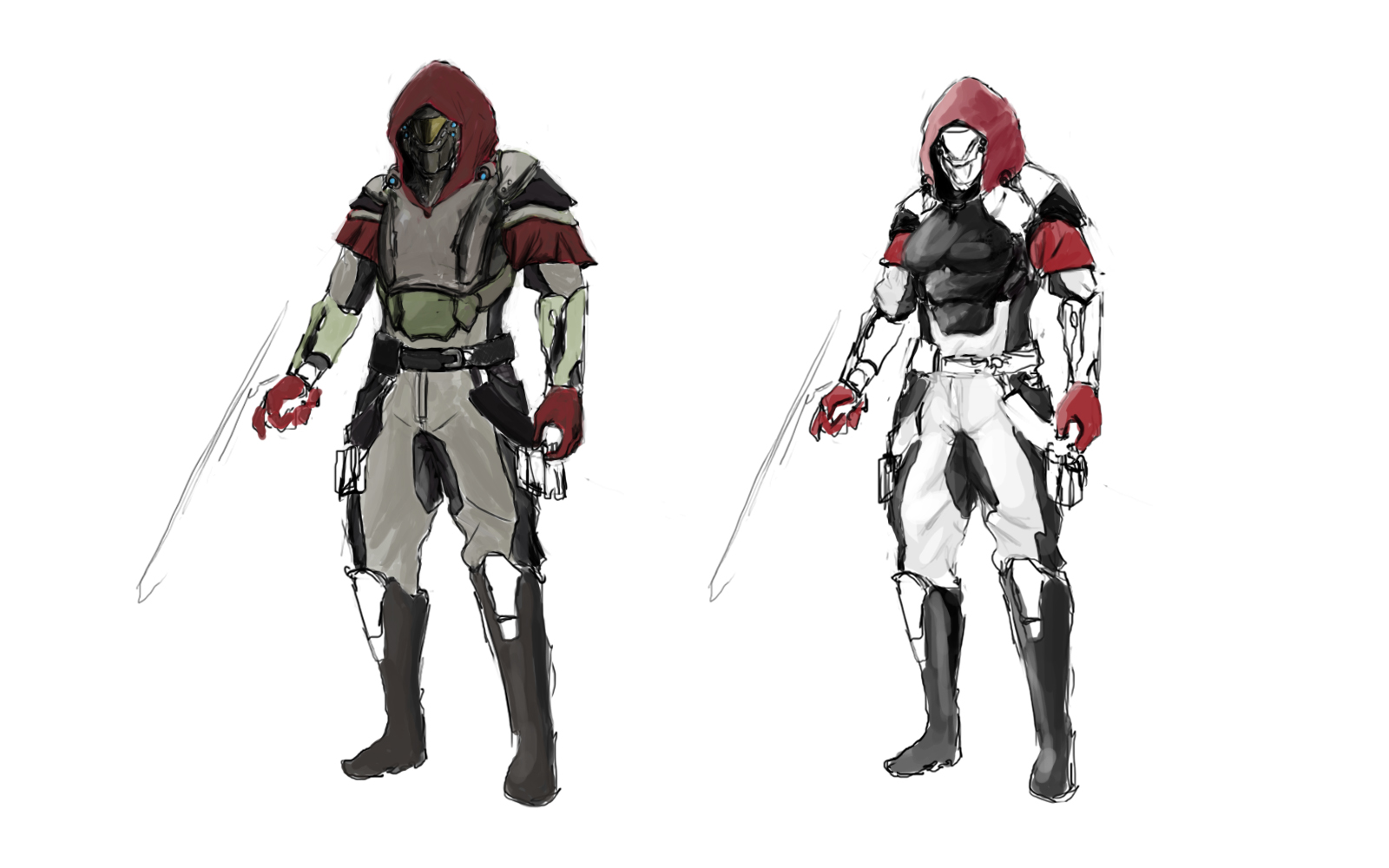 Smaller details are then placed with precision, giving the soldier depth. Ruffles, frills, and shiny boots. 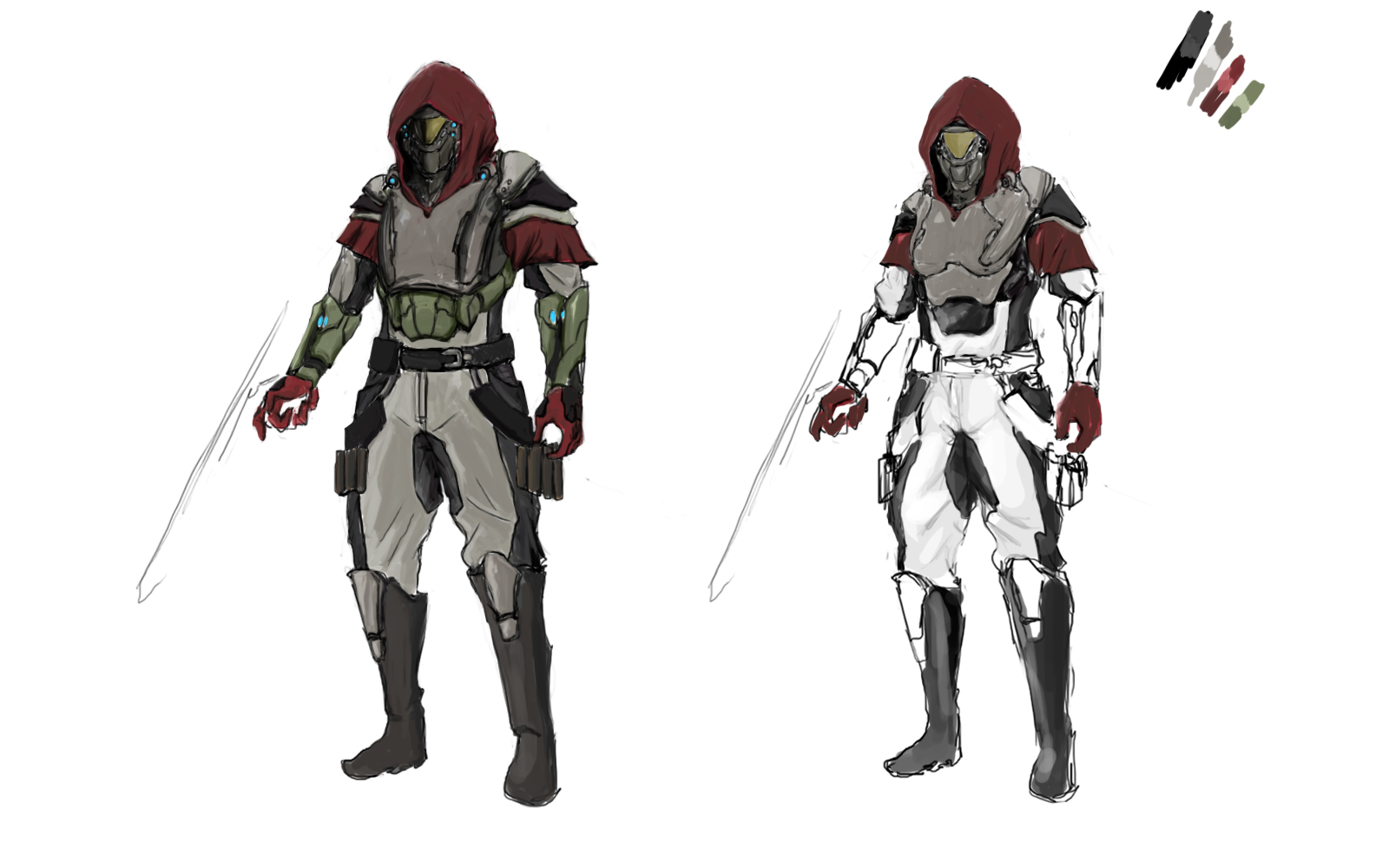 The details are then refined, giving them purpose. Small pockets are added in, allowing the soldier to have a place for storing his equipment. A shadow is placed over his face, giving him the mystery. 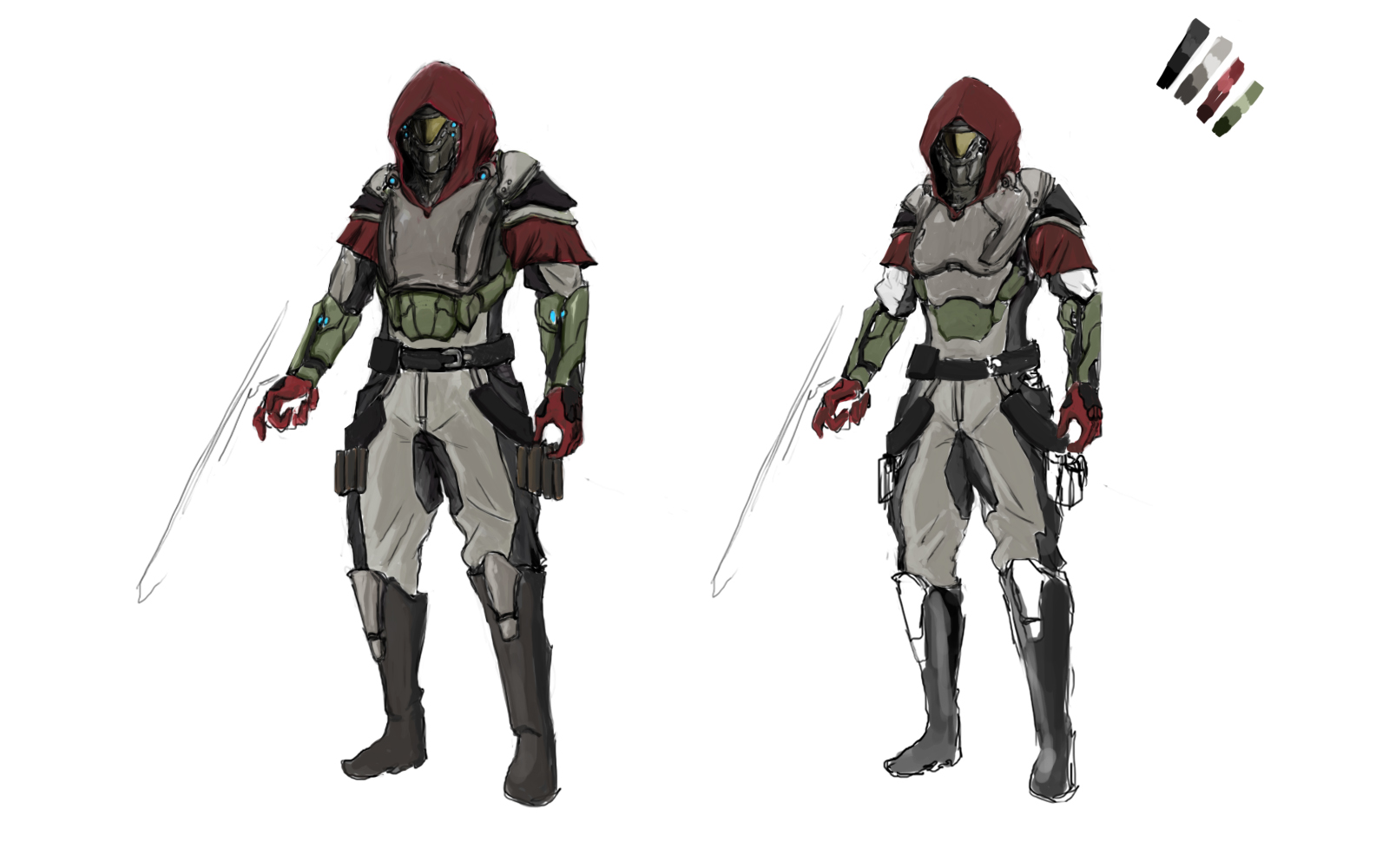 Everything is cleaned, making sure that the soldier is combat ready. His electrical systems are all in place and his life support systems have been tweaked to perfection. He is ready to fight for his people. 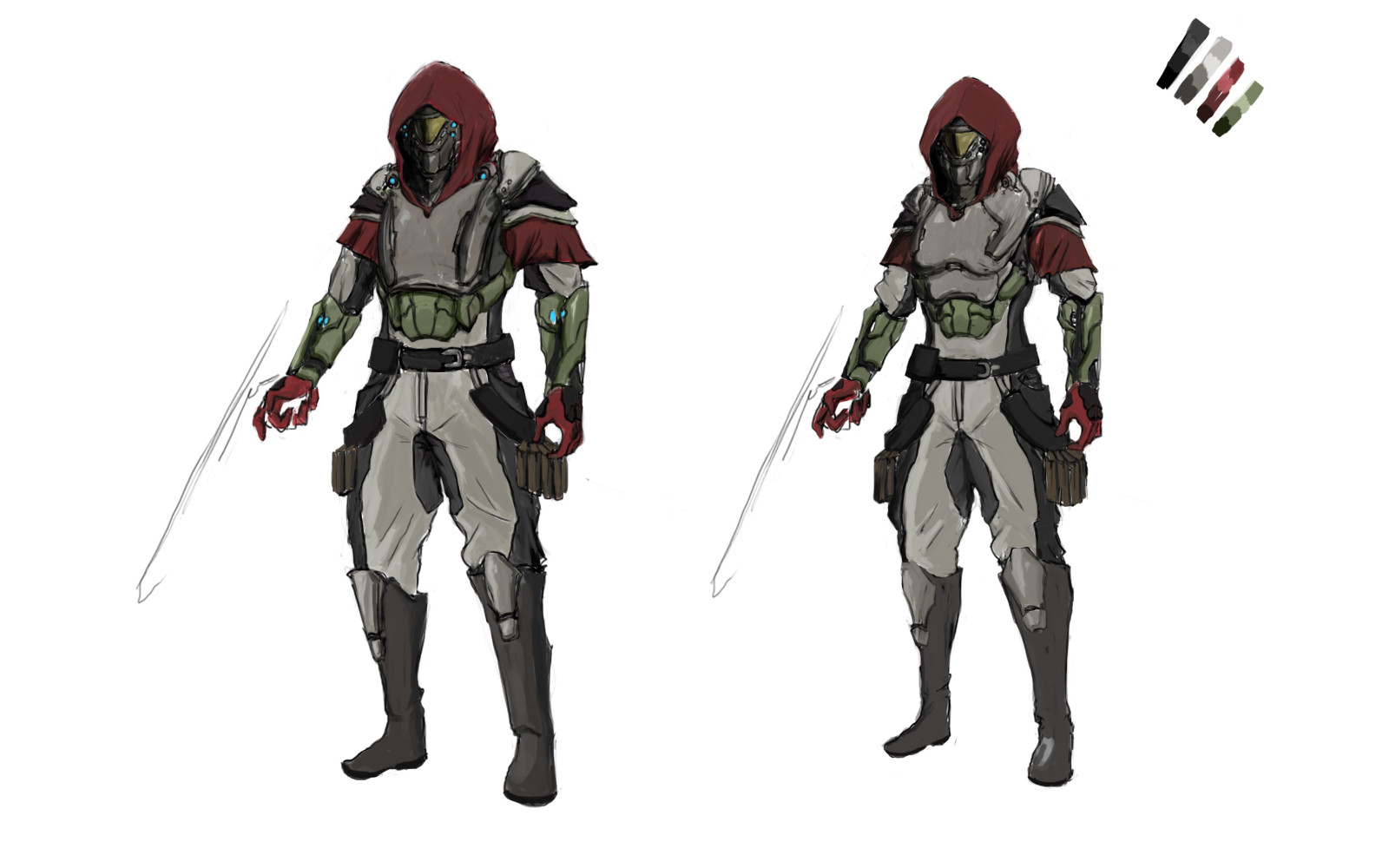 The final details are added, finishing the concept. The soldier is fully prepared and has his rifle, awaiting his chance to prove himself as a warrior in battle. 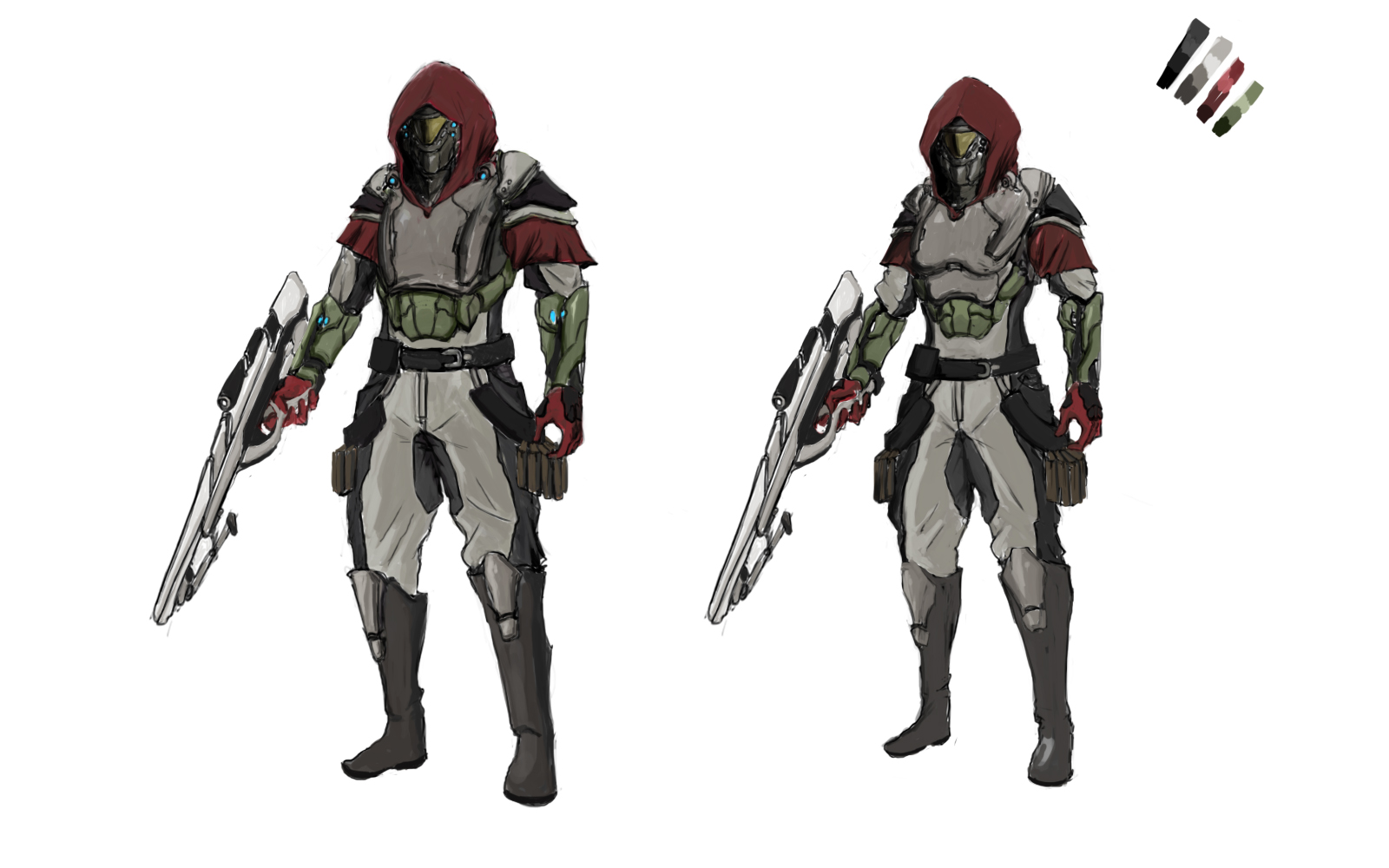 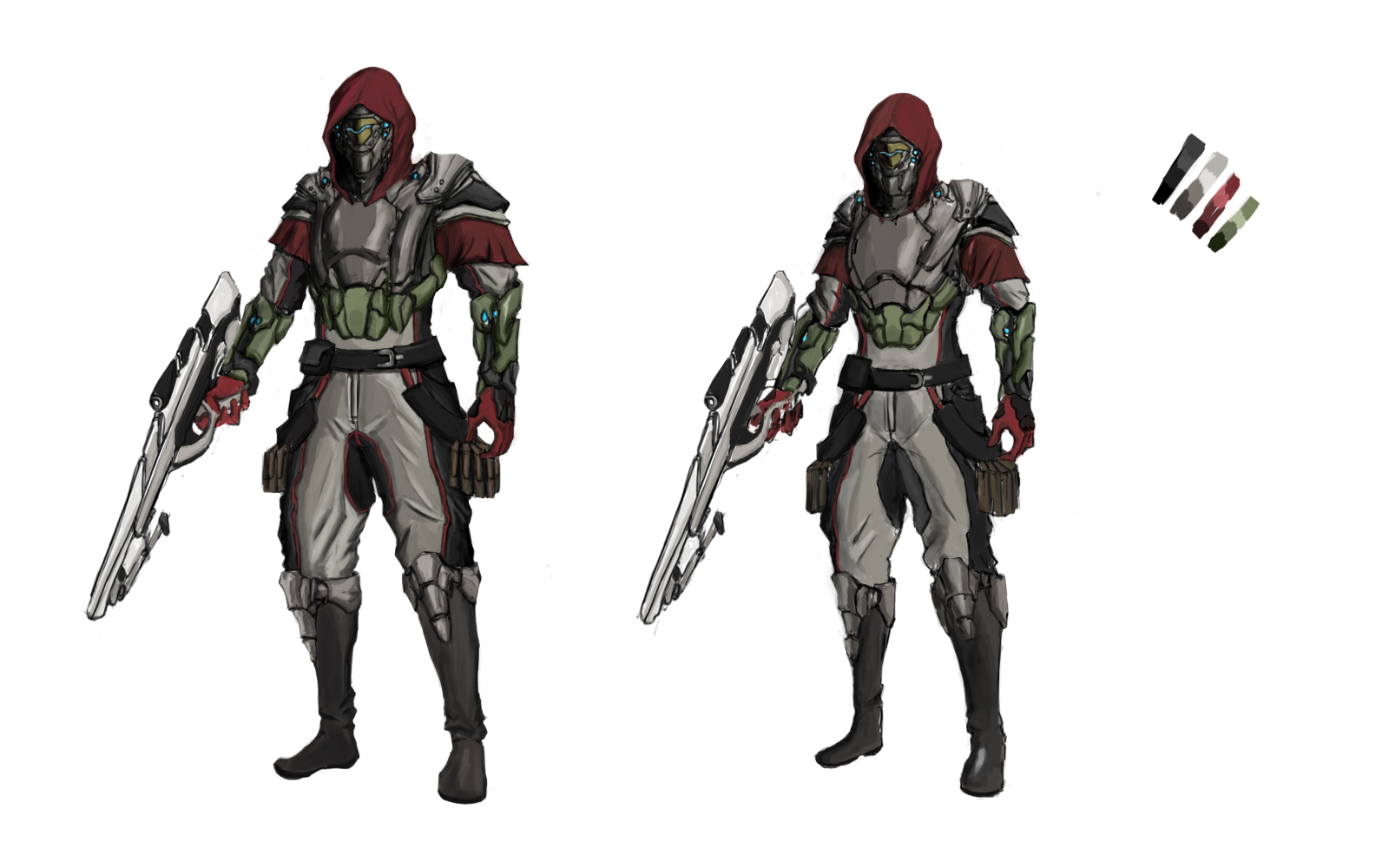 The whole process put together: