The Rival Species Team is proud to announce the release of the first open beta version of their Warhammer 40,000 themed Half-Life 2 modification "Exterminatus". The beta version is fully playable, features 2 species form the 40k universe, 8 playable classes and 5 maps.

It gives me great pleasure to announce the release of the first publicly available, playable, version of Exterminatus - Rival Species 2. The release comes in two versions:


Please visit the Downloads page of the Exterminatus manual for a list of sites you can download the installer from. Have a read of the Manual while you download. EX is still only in the Beta stage of development and the manual will give you a better idea of what to expect. 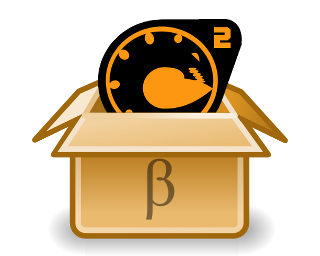 I hope you will all join us in making the next release of EX, bigger and better and have fun playing this version.

Nice!
Too bad there aren´t any servers up...I seriously hope that will change.

there are servers up, launch the game and go find them. For some reason there not showing on the main steam menu thing

Ah ok, yes, I found Chromes server, unfortunately it only has 8 slots and is full.

I can only see the one server as well.

I see both servers, but they're both only 8 maxplayers and are both full.

I'm sorry but thats all we can afford and both of them are being run off home networks.

I hope to be not alone

nice, will gonna try it
I like the idea with the logo of the symbol in the beta box btw

It actually came out
Yay

Try hosting your own.

Isn´t someone out there who can create a larger server that needs no password?

alas no, with the loss of our hosting in the summer (the company went bust and lost chrome a ton of cash) we have only the servers we can host from our own connections at this time.

Were seeing what we can do.

i can see the second server but it needs a password

Team balance is on the drawing board, but the servers physically cannot accept any mroe connections than 4v4, we just don't have the bandwidth

Will definitely check out soon. Cant wait to blast me some nids.

Not our server, no idea who is running that one im afraid.

Great job team and thank you!
I will be using this mod for the Social Modding Club's gaming event this Sunday 1/30/2010. Hopefully there will be enough servers for everyone to enjoy the mod. I will try hosting my own if possible :)

really really fun to play!
just maps are missing proper wk40 style and ambient and thrope is kinda weak, but had already lots of fun, can't wait for the final

Well if they where following a older version of the tyranid codex, then Thrope's should be weak.. was only in the current ( new ) codex that they got a huge boost. ( They are actually worth using now :P ) However they made biovores kinda... crappy in return :(

Hmm... A way of telling where friendlies are would be nice, perhaps a map of something.

Else it's quite good, 'cept weapons feel a little flat to me.

I'll try hosting a dedicated server on my secondary PC. Situated in Sweden with a 30mbit connection, how many player slots should I be able to run?
Oh and any special settings you wanna see for maps etc?

can i play this with HL2?

Grilljanne, I don't know about specifics, but being able to actually play the mod would be nice, so a server would certainly be appreciated :)

Testserver up and running, been trying to figure out how to activate auto team balance with no luck. Adding mp_autoteambalance 1 to the server.cfg just gives "unknown command".

Adding this to EX is next on list of things to do.

Sweet. From what I saw on my server it definitely seems like the feature most people want.

a big problem with servers other than that it's an interesting try.

Found a server, played, had a good time.

Needs a lot more work put into the maps, they look horrible, but besides that it is fun to play.

Ahh great!
Upon seeing this release i nearly jumpd off a cliff knowing that once i launched it up i would have a heartattack in excitement.

Hah bloody awesome, been playing it on/off, have to say one map (although I'm not sure of the name, I believe its Dig Site), is bloody huge @_@ Must be great with lots of players, but mostly I end up on Space Hulk (again, unsure about the map names, to lazy to check :P) and even then, its still huge amounts of fun.

Planning on bringing this to the next lanparty I head to, see if I can get some more people hooked on it :D Would be amazing with tightly trained teams on both sides.

Although I'd love to see Apothecary & Techmarines, and of course Genestealers & Hormagaunts...although I suppose how its setup now, the warrior plays like what I'd imagine a Gaunt would....

But hey, love the mod, keep it up!