The Expanding Fronts mod adds numerous new Trigger Conditions and Effects to SWGB; giving level designers more options and functionality than ever before. This guide covers the many changes we've added to the Scenario Editor Trigger system, and teaches users how to make use of these new and enhanced capabilities. Plus, a preview of upcoming Editor features!

Our primary focus during recent development of Expanding Fronts has been on improving the Scenario Editor. The 1.1 and 1.1.1 updates introduced many new Trigger options, improvements to existing Triggers, and a mountain of new units and props, giving map designers more tools and freedom than ever before. And we are still hard at work iterating upon these improvements. This article will serve as a guide detailing the new Scenario Editor features, and how to use them. We also have a short preview of some new features that will be added in the future.

Inverted Conditions - You can now invert Trigger Conditions, causing them to activate their effects when said Conditions are NOT met. You can do this by unchecking the tickbox just above the Conditions list. 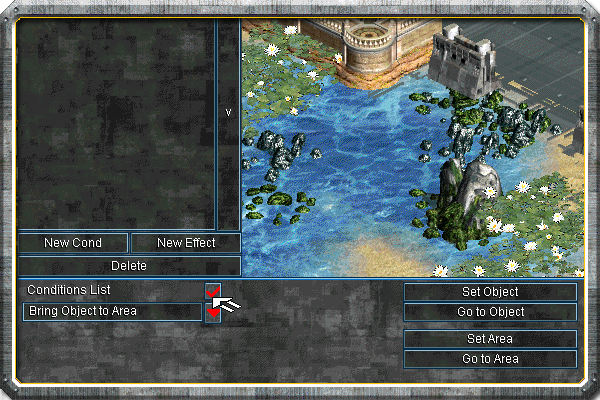 Accumulate Attribute - Over 200 new selectable attributes have been added to this Condition, allowing you to track more properties than ever before, including kills to and from individual players, combined with the new Tribute Effect, you can create functioning shop and EXP systems with more ease than ever before. The additional Attributes must be enabled via the Expanding Fronts launcher. 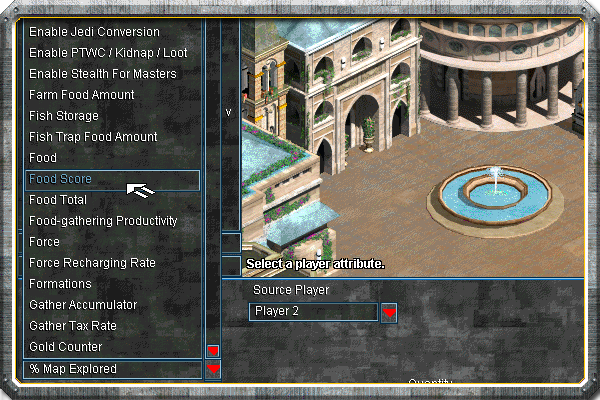 In addition, by using the color tags C000-C255, you can select a color from any of the 256 available options in the SWGB's palette. Tevious has provided a handy chart here. 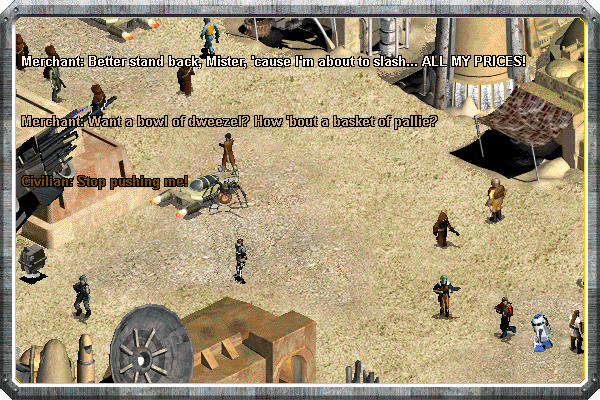 Research Technology - A quantity box has been added to this effect which allows greater control over how technologies can be applied - including the ability to stack the same research multiple times. By typing the following digits into the Quantity box, you can activate the following effects:
-1. No additional properties (default)
1. Ignores previous iterations of the tech, allowing you to stack the benefits by researching it again
2. Ignores civilization restrictions, allowing you to grant civ-specific techs to any player
3. Applies the effects of both 1 and 2 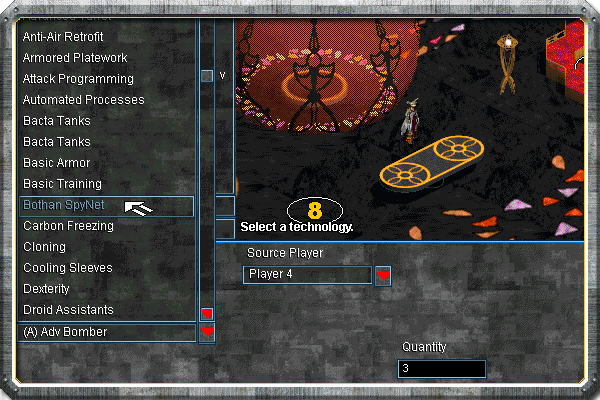 Give/Remove Ability - These Effects are used to enable and disable special attributes on a unit or object. The values below determine which property will become active:

Change Unit Data/Change Unit Property Object - An immensely powerful trigger, Change Unit Data and Change Unit Property Object put the capabilities of the Genie Editor into the game itself, allowing you to alter almost any property of any unit using simple text commands. These two Effects are listed together because they effectively do the same thing, but by different means. Let's say, for example, you wanted to change a Trooper's range to 20. Using Change Unit Data will allow you to select a single unit, or every unit of a specific type on the map, as many of the default Effects allow. Change Unit Property Object takes this a step further, and universally alters the chosen unit to carry the new stats, meaning that Troopers who haven't even been created yet will spawn with the altered stats. Knowledge of how the Genie system works will help to make the most of this Effect, but the basics are very straightforward. 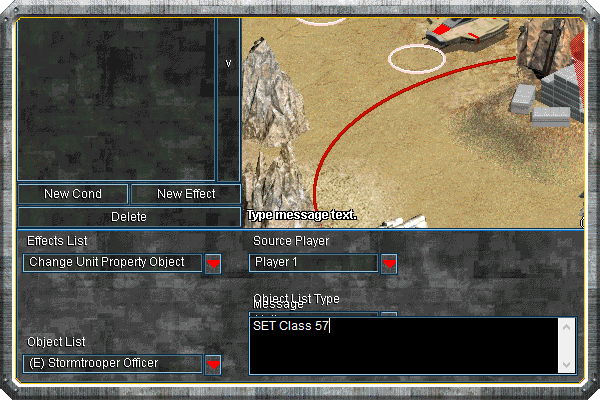 Change Unit Data/Property Object work using a text prompt, and commands must be manually typed in. These commands are divided into three parts: the Command, Variable, and Value. Some commands require a fourth part to function correctly. We'll cover those as they come up.

Command tells the game how to alter the property you wish to change. There are three available commands:
ADD - will increase the value of the chosen variable by the value you enter
SET - will overwrite the default value with the exact number you enter
MUL - will multiply the current value by whatever you enter

Variable is the property that you wish to change; be it Range, Speed, or any number of other values. A list of these Variables and their descriptions are provided in the first post of our HeavenGames thread.
(NOTE: The Change Unit Data/Property Object entry prompt is case-sensitive. Commands and Variables must be written exactly as shown to work. Not every variable is applicable to every unit).

Value is simply the amount you wish to change the Variable by. This number works differently depending on the Variable you select. For example, Speed can be altered in decimals (1.340), while Accuracy is a percentage (0-100)

Change Unit Variable - This Effect functions very similarly to Change Unit Data/Property Object, but affects different unit properties; particularly those dealing with health and shields. Some of these carry a special fourth part to their command sequence; Time. This determines how long the Effect will be active on a unit. A list of these Variables and their descriptions are provided in the first post of our HeavenGames thread.

We are still hard at work adding new content and features to the Editor, and our next update will bring about some more big changes. Not the least of which is another mountain of new buildings and props. 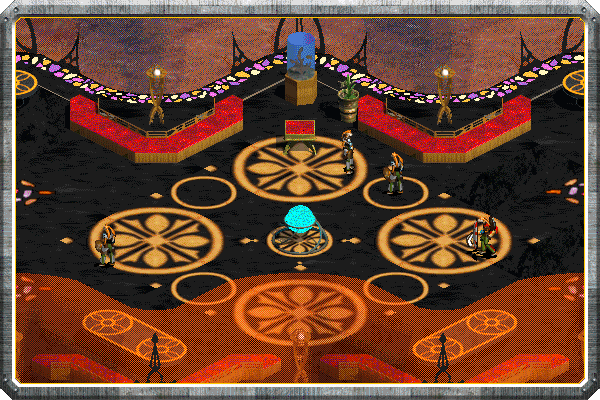 Off-Grid Placement and Collision Disabling - Using new keyboard shortcuts in the Editor, you can disable collision, terrain restrictions, and the placement grid, allowing you to place props, units, and objects at will without having to use Map Copy, or rely on external Editor tools. 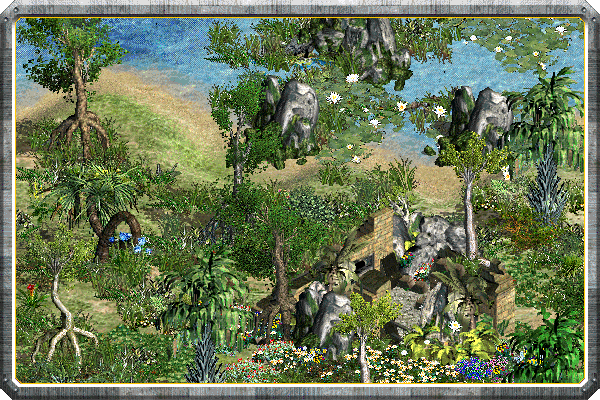 Condition and Effect Names - Conditions and Effects now display their names, and a description of their chosen values in the Trigger list itself, helping designers to more effectively organize work, and track down pesky bugs with ease. 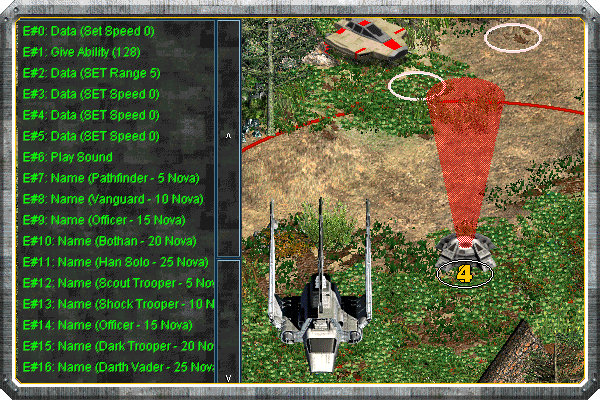 More new features will be coming your way in the future, including, after much frustration, functioning music for users without a game disc. Many of these changes will likely be available early for users with access to our Google Drive Monthly Builds. Until then, thank you for your continued support of Expanding Fronts.

Very promising, thx for support of this game!

Those Tatooine market quotes... Brought back such memories. As I read them I heard the voices too.

Thank you for updating! Can we increase the pop limit to 1000 for SCENARIO in this new update?