Information about the upcoming update, which will mostly contain quality of life improvements to the existing game.

I've been neglecting the hell out of Ex Vitro due to real life (and working on my other game), but I've been thinking about what to include in the next version that will improve the overall experience. This will be stuff that people have been asking for, and fixes to existing stuff that seemed like good ideas but turned out to be stupid. Stuff that will be in for sure: 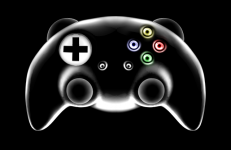 If you've played the last version (0.35) there won't be anything new to find; no new rooms, no new bosses, and no new enemies. This will only be a minor update. So unless you're interested in anything on the list above, you're probably better off waiting for the next release.

That being said, I'm trying to decide on a new ability or weapon that will be unique from anything seen in the Metroid series (because Lord knows I've stolen enough already!). While I would love to make a Screw Attack-type knock-off, I think I should try something else. Some ideas:

Anyways, these are just ideas, so none or all of them may appear in some form.

Note: I am starting to understand why game developers generally have a team of people and not just one person...