Look at how our abilities and ability selection has evolved into a thing that makes sense. Also a gameplay video of a full boss battle!

Grimrush has been in developement for a bit over a year now. A lot of things can change during that time, characters gain new appearances, bosses go through different iterations... but, the one feature has gone through more than others is our ability system. This is a look through it's different stages with some text and stuff you usually find in articles, like pictures!

When we first started Grimrush we had some ambitious plans for abilities. The game would feature an item shop, from where you could purchase tons of different items with money regardless of which character you were playing as. 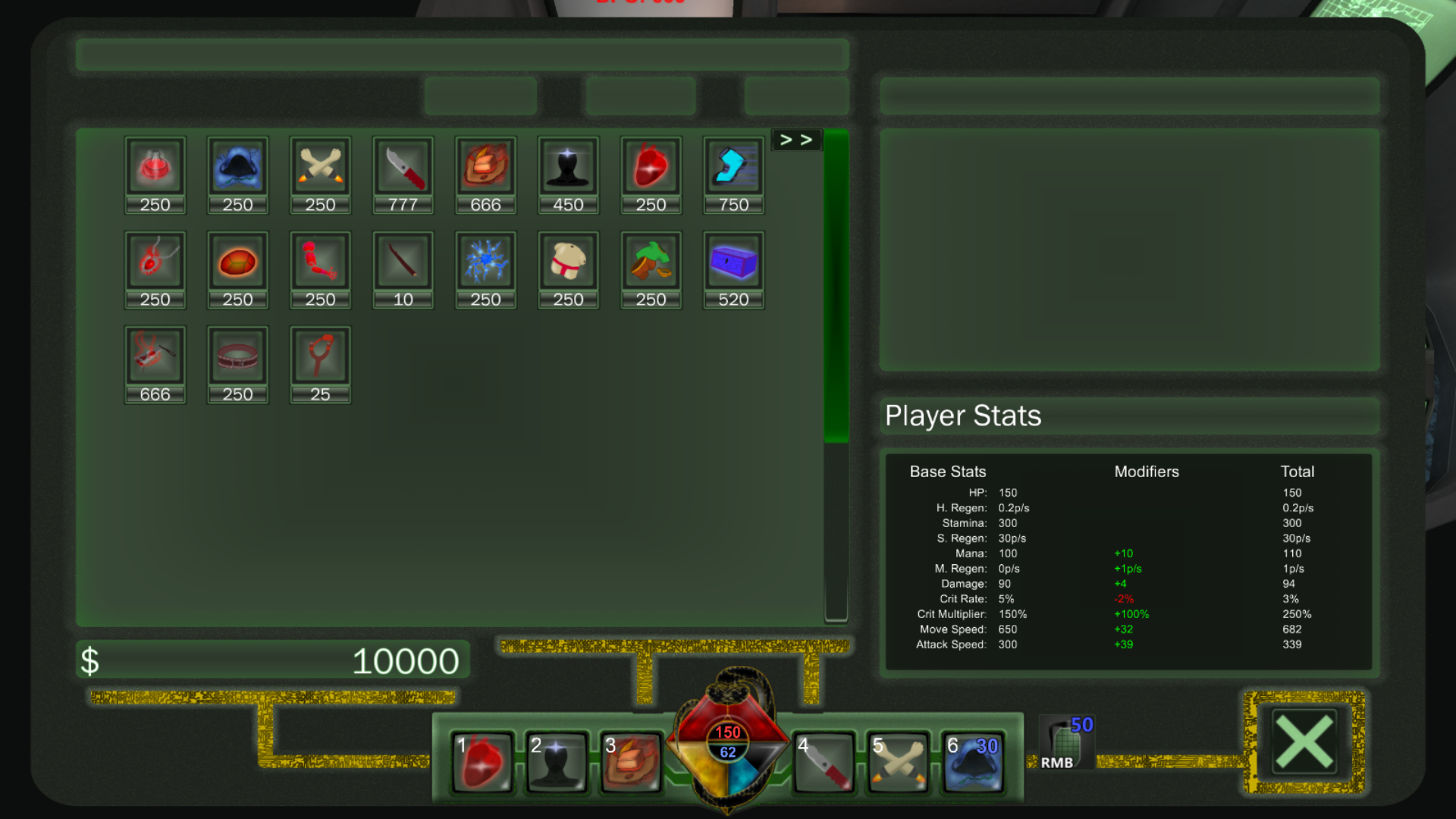 This made sense at the time because the whole core loop of the game was quite different compared to what we ended up with; You would go into boss fights one at a time, defeat the chosen boss, come back to a main hub area and purchase items or go into another one to earn more money.

However, after some time spent with the item shop we realized it would be madness to achieve balance while keeping items interesting and useful with all characters. So ends the tale of the shop.

After we ditching the shop we made a bunch of abilities for each character. Then a lot of planning went into a silly, overcomplicated idea, that, in the end, was only a short lived transitional phase. A "web" of ability nodes similar to the sphere grid in Final Fantasy X or the passive tree in Path of Exile. 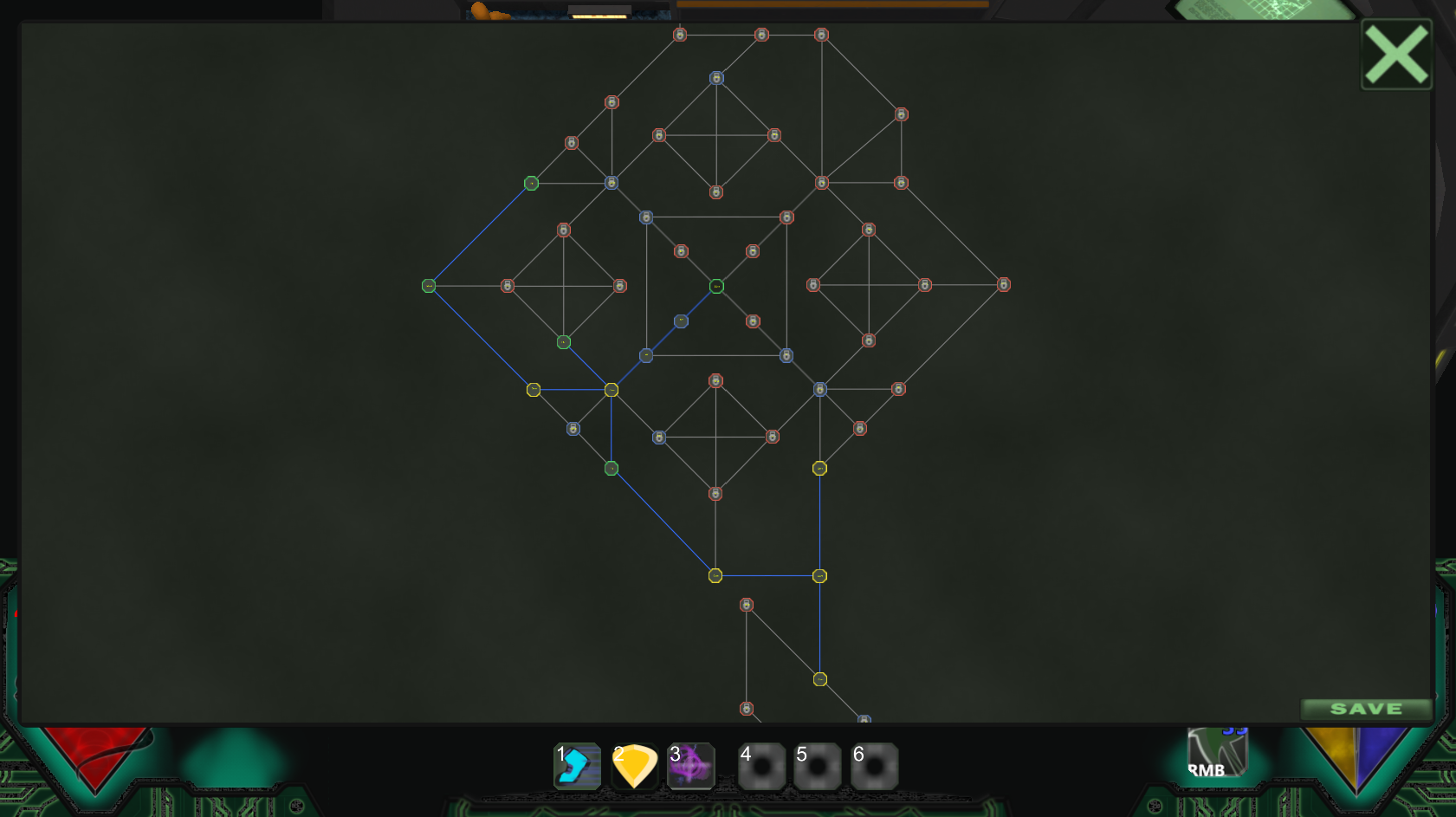 However we quickly realized how confusing it was and how it didn't compliment the game's style or length at all. This may work for an RPG that lasts for tens of hours, but not a boss rush game.

Now we had a bunch of abilities and things you could click on to unlock the abilities. Get rid of the web and this mess starts to finally make sense. 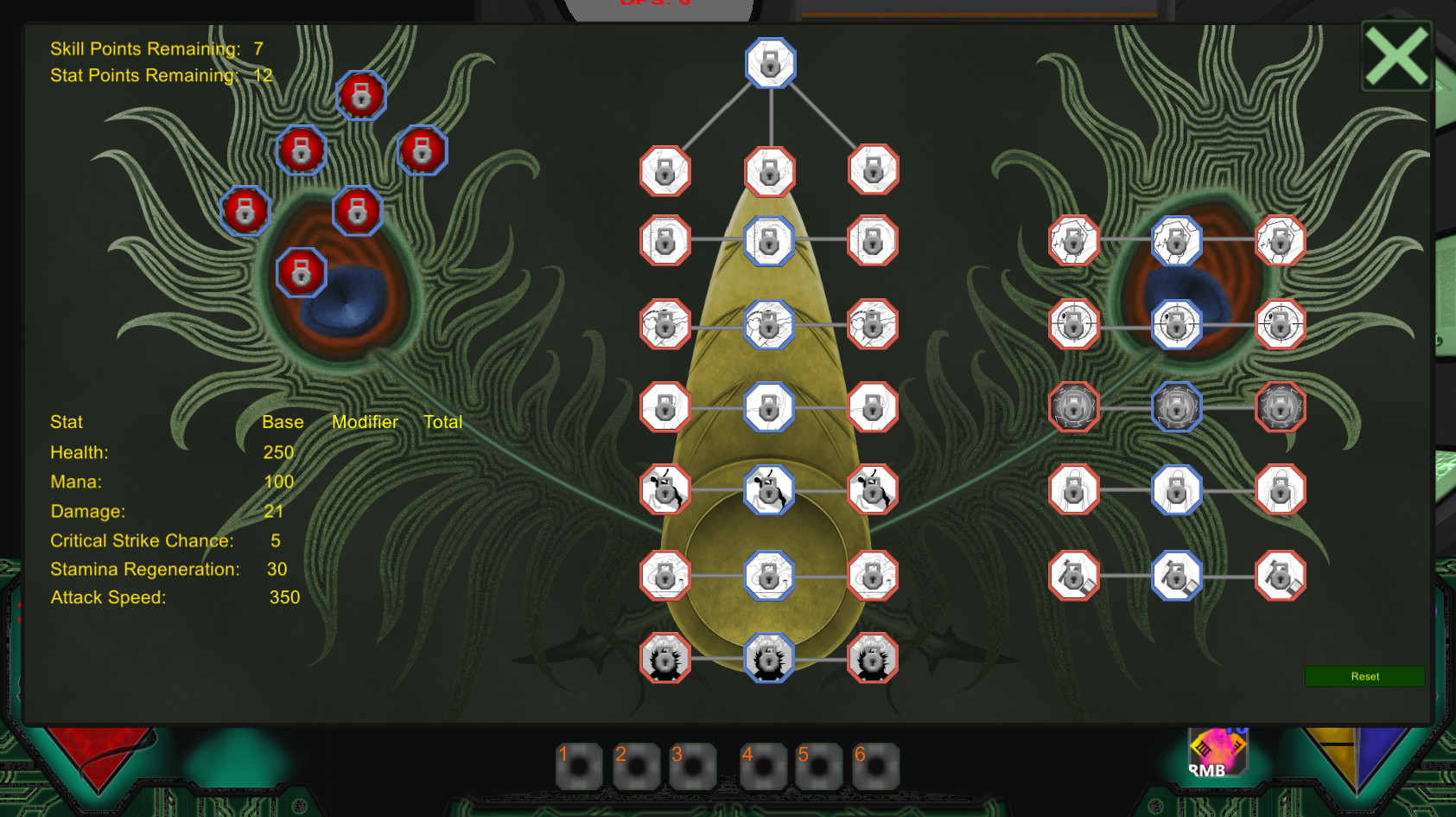 Around this point we also overhauled the core progression of the game from a single-boss thing to a proper boss rush; get through them all in a random order, after defeating each one you can choose an ability to add to your arsenal.

You may notice that each ability icon is repeated three times. Each ability has three variations that change the ability in some way while retaining the core idea. This way we could make a bunch of them. The icons will have color variations later to distinguish them.

If you're interested in learning more about abilities, check out our ability showcases!

Still, this ability list view wasn't quite it yet. It's a bit hard to present and has a lot of information to go through when first seen. It also doesn't really encourage variation and clashes a bit with the length of the game.

This is what we've ended up with. After defeating a boss you will be presented with a random selection of four abilities with the ability to re-roll two times. Please note that the visual look hasn't yet received a proper artists touch! 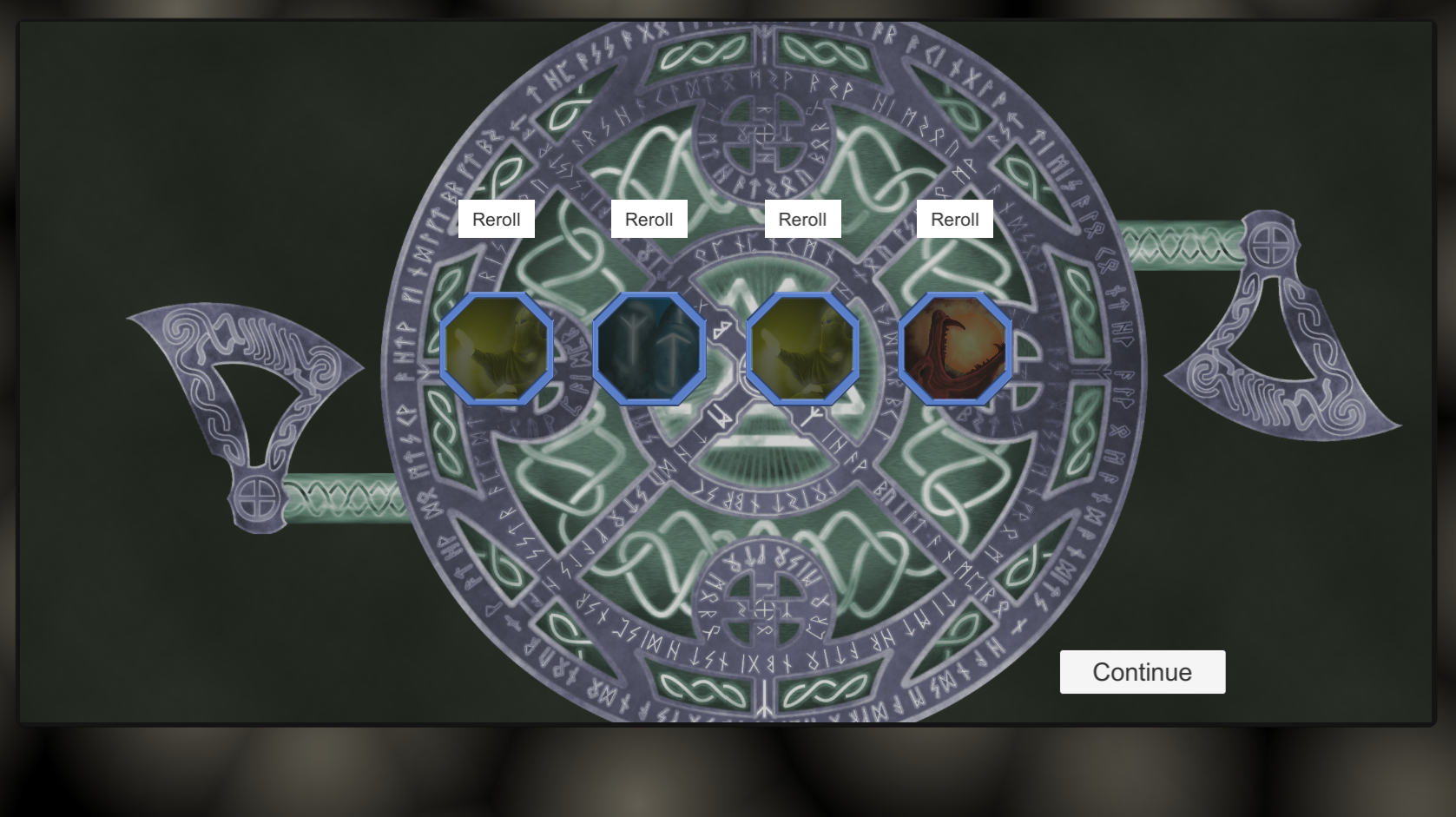 This forces variation and decisions on which ability to choose, while having some wiggle room with the whole re-rolling thing going on if you aren't completely happy with the selection presented. It also drip-feeds information about different possible abilities so you don't get overloaded with having to read a whole bunch of stuff at once. This is also a neat way to have more replay value!

We are going to add information on which boss you will be facing next so you aren't choosing abilities blindly and hoping it works well with what's against you next.

And that's a wrap! We're quite happy with what we've ended up with. It was also interesting to take a look back at the different iterations.

If you're interested in Grimrush, please vote us on Greenlight! Thanks for reading.