A new version of Epilogue is out, featuring balance changes and bug fixes.

This update adds a new "Freshly Awoken" effect that has the following impact: -15 protection on level 1, -10 on level 2, -5 on level 3, and 0 on level 4-10. This makes your character much weaker at the beginning of the game but does not affect the late game. This change was made to yield more interesting early levels. It isn't so excessive that level 1 is like level 7, but it is enough to surprise you if you don't play sensibly. This change was included in v2.99 and I had to release an extra version (2.99b) to fix some small bugs that surfaced.

If you use steam and like Epilogue, I would very much appreciate your vote on Greenlight. 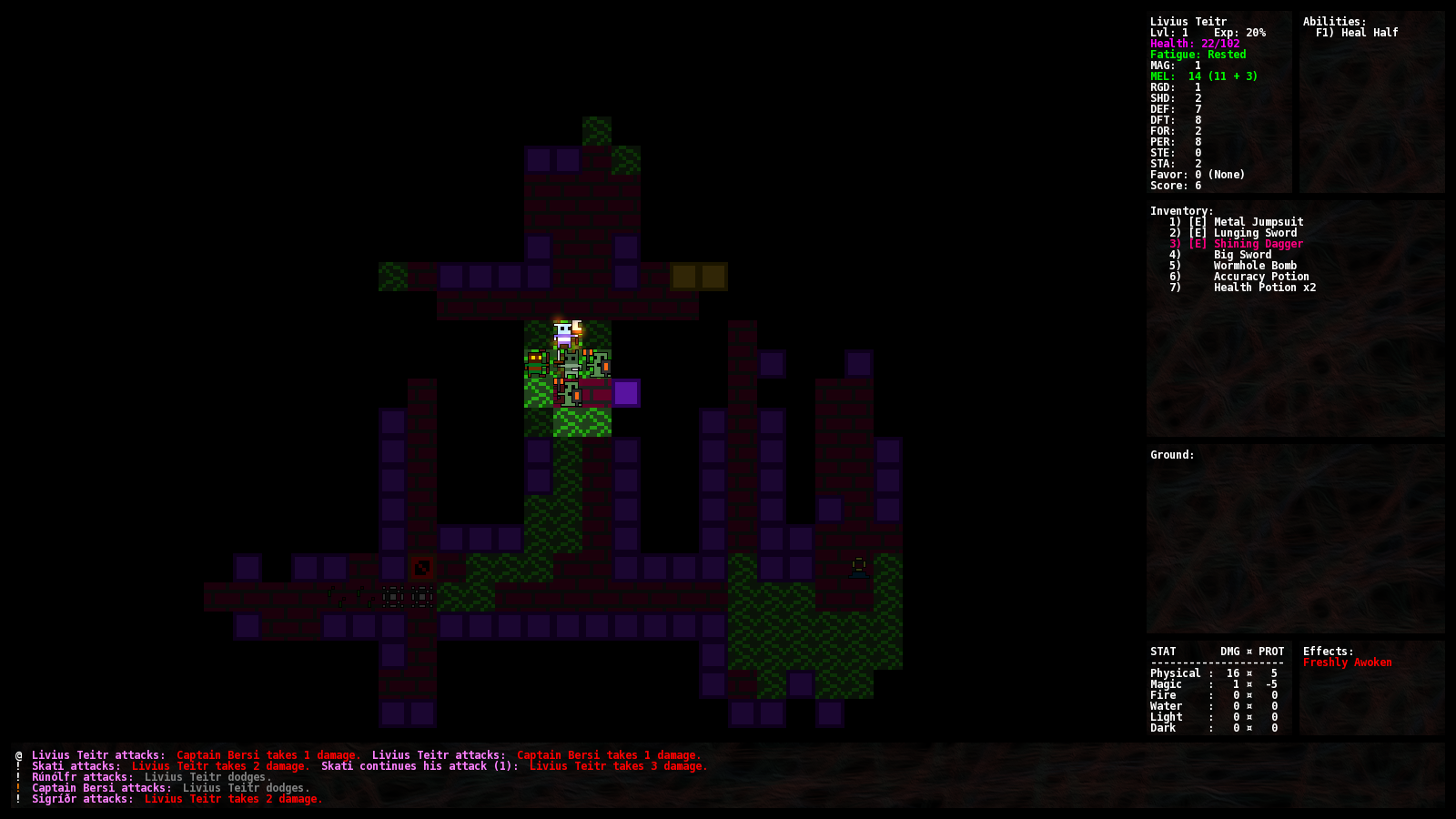