A new version of Epilogue is out, featuring a new depth to character creation and a new class.

This update adds a new class: The Drifter. This class is pretty powerful, and his final ability might be my favorite in the game. Good luck reaching a high enough level to unlock it! There is a new stat affinity option during character customization that allows you to gain some stat points as you level. For example, you can gain an inherent resistance to fire damage and deal fire damage with every attack. I spent a decent amount of time testing different levels of stat gains, and finally decided on about ~1.5 points per level. It doesn’t change the balance of the game dramatically, but it adds some nice flavor to your characters. I found it enjoyable to cause a spattering of different elemental damages when attacking, and the defensive affinities definitely make a difference. Even an extra 5 points of natural protection makes a definite difference later in the game.

I also added some graphical improvements and changed the UI scaling principles to work with hypothetically any resolution. There is a new autosave feature that basically saves your progress each floor and restores you if your game crashes. I am not aware of any game-crashing problems (if I was I would be working on fixing them), but I felt this was a simple safeguard to add just in case. Full notes below.

If you use steam and like Epilogue, I would very much appreciate your vote on Greenlight. 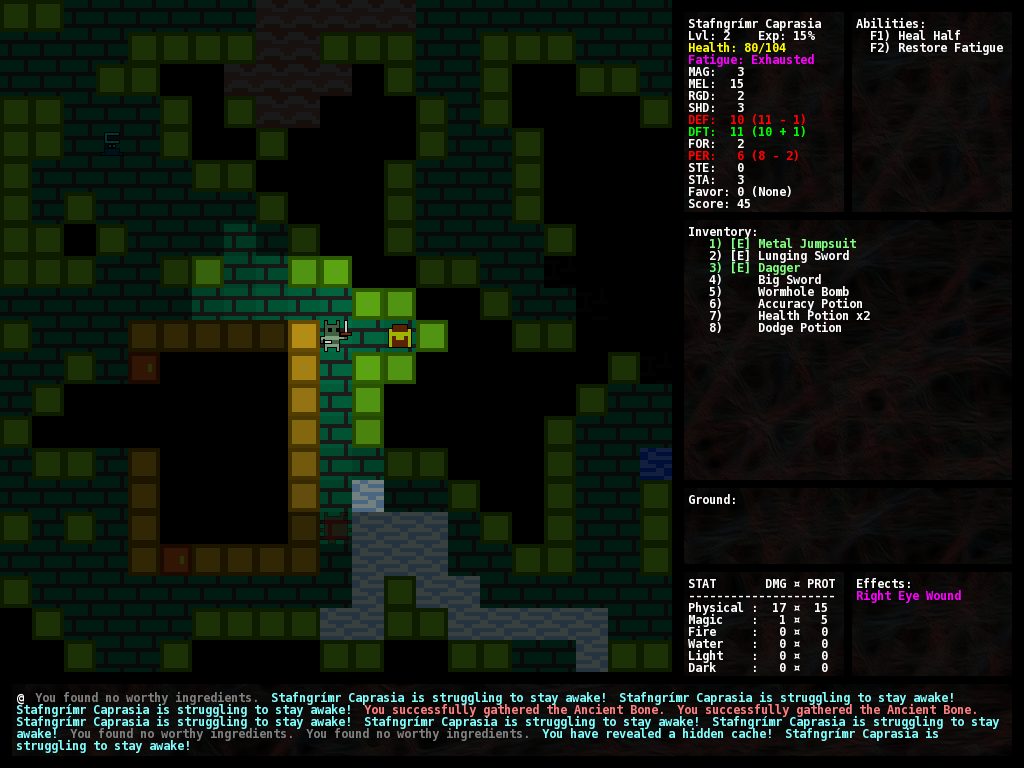