A new version of Epilogue is out, featuring a new class and an upgraded old class.

This version adds a new class: the Physicist. His abilities are mostly offensive, like the Elementalist, but he has some interesting utilities as well. The Blood Tribesman class has long been in need of repair, and this update reduces the cost of his abilities significantly. Hopefully he isn't too powerful now. There is also a new enemy to meet on the 5th floor: the AI Convict. 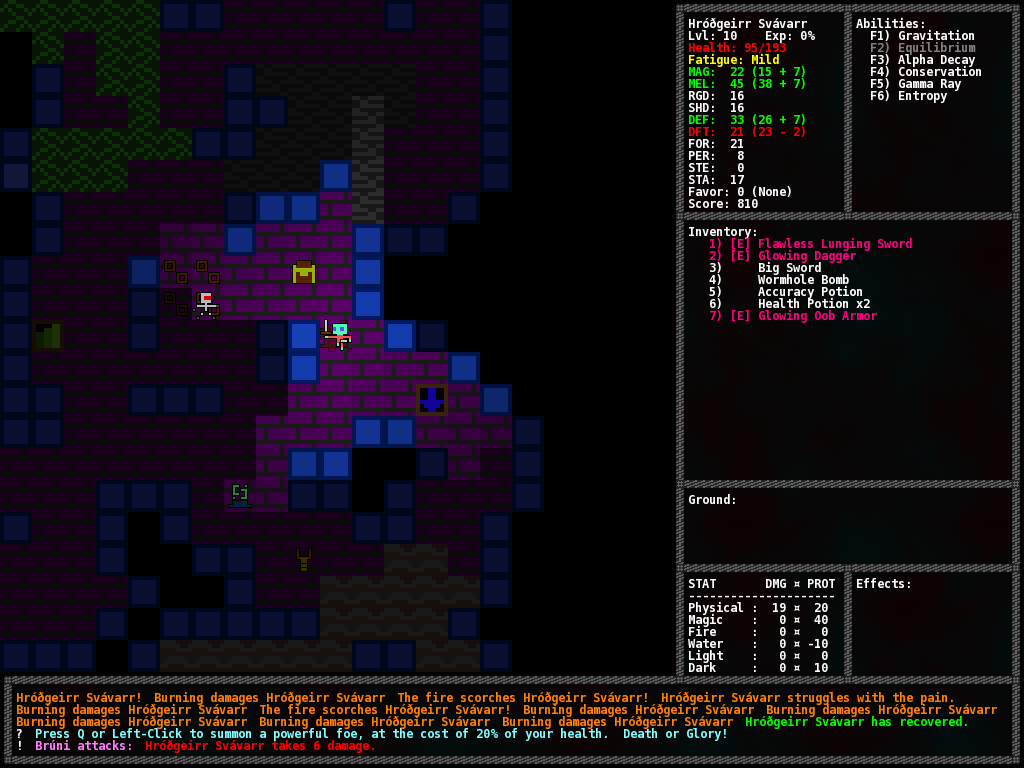