EnigmBox is an original puzzle compilation game on iOS. After reached 150,000 EnigmBox is now selected to the Indie Prize showcase 2015 in Amsterdam February 4-6 2015. 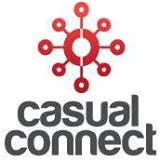 During the casual connect Europe 2015 there is a showcase named: The Indie Prize showcase. It's a showcase where selected independent game developers can show their indie games to people in the game industry: publishers, advertisers, developers, etc.

Some indie games will be awarded by a jury.
Indieprize.org