Posted by GrimmBrosDevs on Jul 6th, 2015

Terribly sorry for such a delayed update, BUT we have plenty of news and big announcements to share! :)

Our wonderful partners at Sony think that Dragon Fin Soup should be shared with all gamers, everywhere! (Or as many as a humble little indie like us can manage.) Therefore, we are excited to announce that Dragon Fin Soup is being translated and localized into English, French, Italian, German, Spanish, and Japanese!

Believe it or not, this is actually a HUGE undertaking. Depending on the language there is around 75,000 words to translate! All of this work is being done by Randis, Ash, and five translators. Each translator is a native speaker and have all worked on several games in the industry. We have been working on the translations for months now and there’s tons of content to edit and proofread. To top it all off, Ash is dyslexic and English is Randis’s THIRD language. You get the idea… 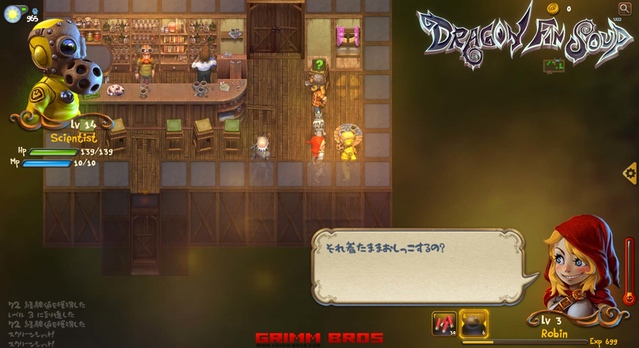 Huh, what did Robin just say? Tell us on FB or Twitter! 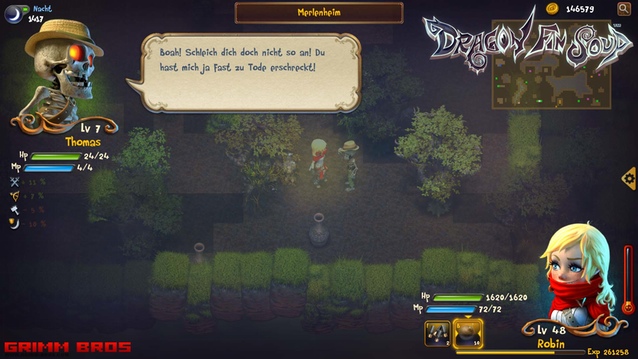 Hmmmm, what is Thomas talking about? Tell us on FB or Twitter!

As mentioned in our last update, we have created a Grimm Bros QA Lab at the Philly Game Forge and recruited college students to find and squash bugs, help us balance the game, and make sure DFS is a savory experience. But who in the world are these insane mysterious individuals really? 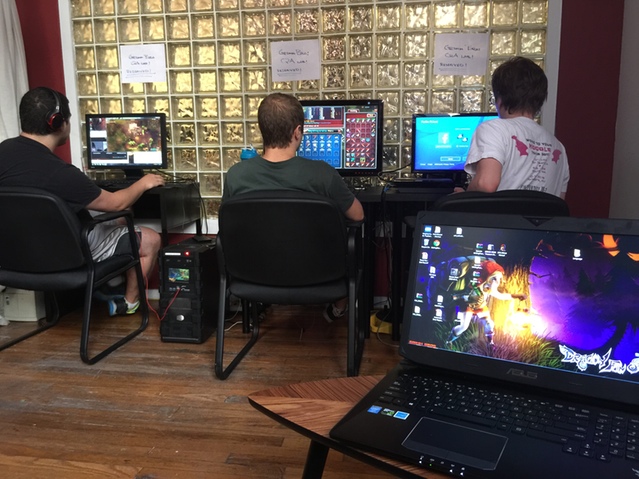 Who are these guys?!

Our “Evil Minions” are in fact Drexel College Students doing a summer co-op internship with Grimm Bros. Our dedicated QA Team has been testing almost daily since mid March and has spent an estimated 1200+ hours doing extensive QA playtesting on multiple platforms, writing up reports for the dev team and supporting Ash on the PR and Production side of things.

Lets meet our hard working QA Team shall we? 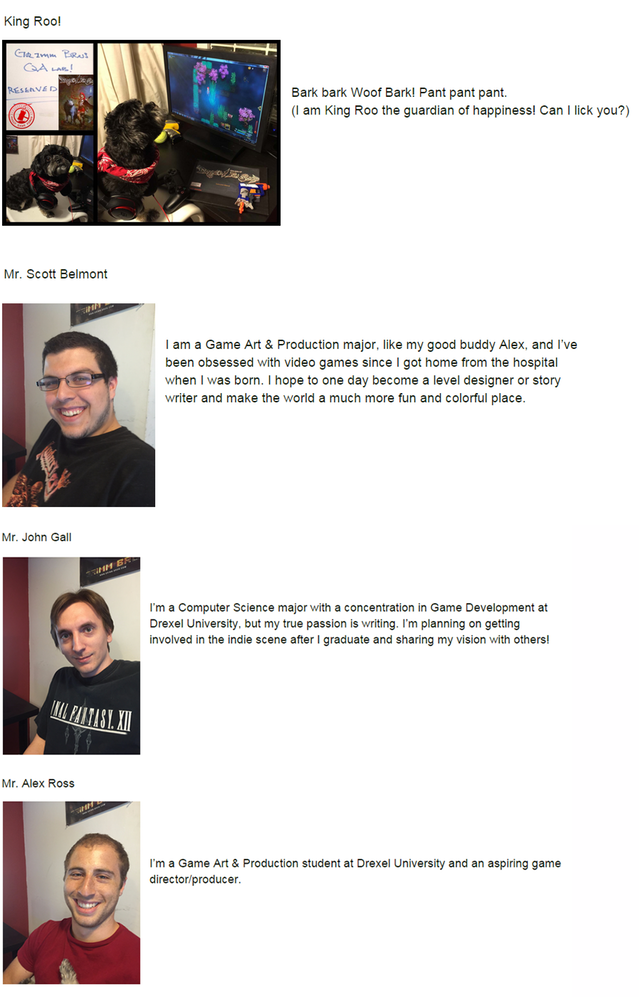 Dragon Fin Soup is scheduled to officially launch on STEAM PC, PS4, PS3, and PS Vita... ALL AT THE SAME TIME!! 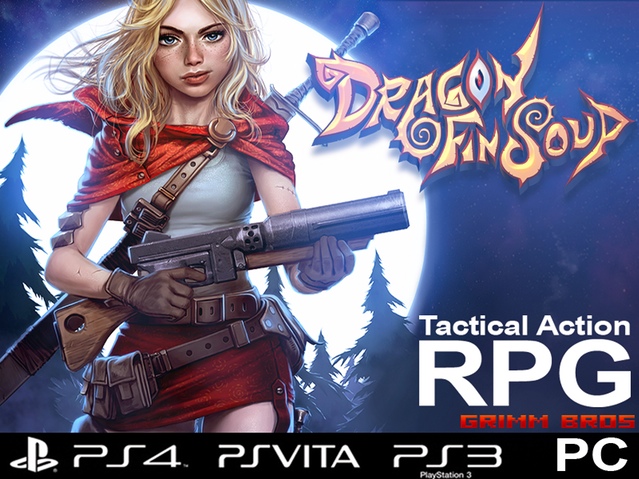 So most indies like us typically release on one platform at a time, such as STEAM or iOS in English and then do staggered ports to other platforms over time. It is pretty crazy and almost unheard of for a 5 person indie team, on their first RPG title, to even attempt to launch on 4 major platforms in 6 different languages worldwide! But Sony has faith in us as veteran team and we have a great partner with BlitWorks who are working hard on the Sony platforms.

Due to all of the localization and ongoing QA efforts on PC, PS4, PS3, and PS Vita, our partners at Sony have requested we take just a bit more time to proofread, double-check the languages, and conduct additional extensive playtesting on all platforms to ensure DFS is the best we can possibly make it. Our new launch window is now scheduled for Fall 2015. We seriously appreciate your understanding.

To give you a sense of scope of Dragon Fin Soup, our current QA Team estimates put DFS as over 60+ hours of gameplay in Story, Survival and Labyrinth mode combined. And as mentioned before we have roughly 75,000 words that are being translated in 6 languages. That is a TON of content to test and triple-check!

Exact official launch date will be announced to you once we receive confirmation from Sony. We sincerely appreciate your understanding, patience, and support. As an indie, giving you our best means everything to us.

Size matters when it comes to Bloody Rings!

Production of all your awesome backer swag is about to begin. The last piece of information we need is your finger size for your blood rings. Below is a link to the Blood Ring survey. If you back any tiers above Blood Ring (Except Otaku) fill this bad boy out. We will also be sending an email out to each qualified backer shortly.

Not to worry, there is still one final survey we will send out once we officially announce our launch dates to confirm what platform you want to play DFS on.

Can you believe it's been almost THREE years that we've been working non-stop on Dragon Fin Soup? 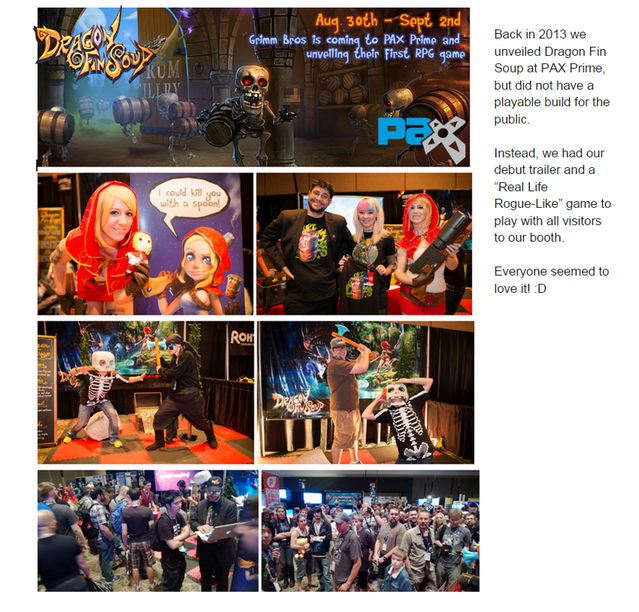 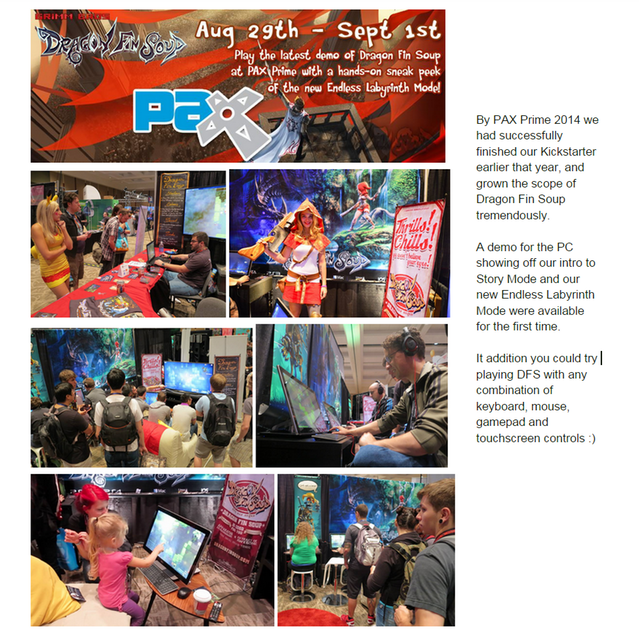 We are very happy to announce that we will be attending PAX Prime 2015 for the third straight year in a row! This year we are proud to say that we plan to have the PC, PS4, and PS Vita versions all completed and ready for you to enjoy!

Shout out for Cipher Prime

We haven't done a shout out in a long time, but when fellow indie studio and friends Cipher Prime released their profit jam game, "Monster Want Burger!" we had to share the news :D 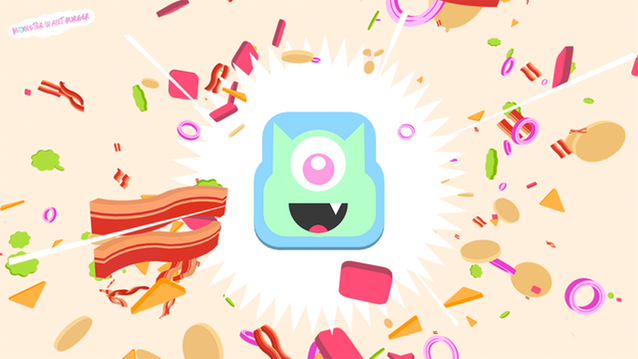 Check it out on iOS at monsterwantburger.com and iTunes Itunes.apple.com

Thank you everyone for your understanding, patience, and support. If you have any questions or concerns, don’t hesitate to reach out directly to us at contact@grimm-bros.com or make a post on our Facebook, Twitter, or our Dev Forums. We actually do read all emails and posts, it may just take us some time to get back to you. :)