The development of the second act of Teresa Moontyners - In the lair of the beast it's almost finished.

The development of the second act of Teresa Moontyners - In the lair of the beast it's almost finished.
I'm still missing a couple of graphic assets to put the last touches to the level assets, after the accurate tests performed by trusted people, I can finally declare closed the second chapter of the game.

What happens in the second episode:

If you've played the first chapter of the game, you probably noticed that Teresa, at the end of it, didn't fare very well; in the second chapter, I introduce Teresa's entrance into the cavern and give her the chance to start investigating inside the caves.
You will have to deal with increasingly narrow tunnels and moments of discomfort... imagine waking up inside a cave, not knowing why you are there, but knowing you want to get out at all costs. Here comes into play your survival instinct, you will use the lighter to illuminate the darkest places, and everything else to try to resolve the situation in which you will be. .. but alas, this will most likely not be enough, leading you towards the end of the chapter to deeper and unexplored depths.
With a bit of research you will be able to confront some characters with whom to interact and get some help to proceed in your adventure. 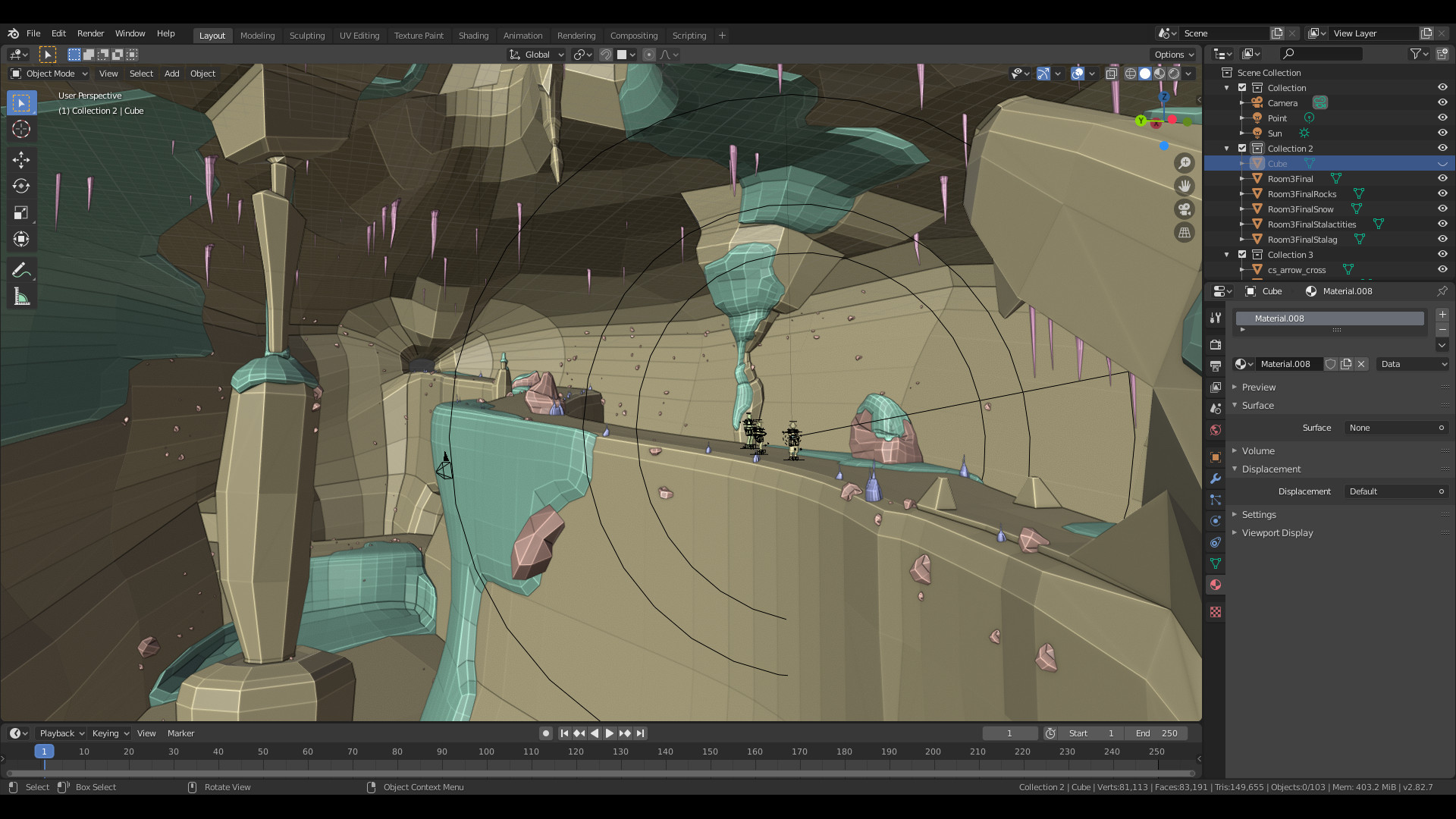 What I learned from this level:

During the development of the second act of the game, I got to know the "canvas", a graphical interface that interposes itself between the player and the game, basically a layer that is displayed during the execution of the game without interrupting it.
This canvas has been very useful for the compass, at the moment not necessary yet, but the player starts getting used to it for future needs.
I also refined the dialogues with characters met during some of the scenes, essential to obtain more or less useful information during the game.
Finally, I have practiced a lot with the variables indicating that a lighter is on, and consequently a lighting is active. In this way I can decide in which points of the game the player has the possibility to explore the environment around him and in which points a better or more powerful tool is needed. 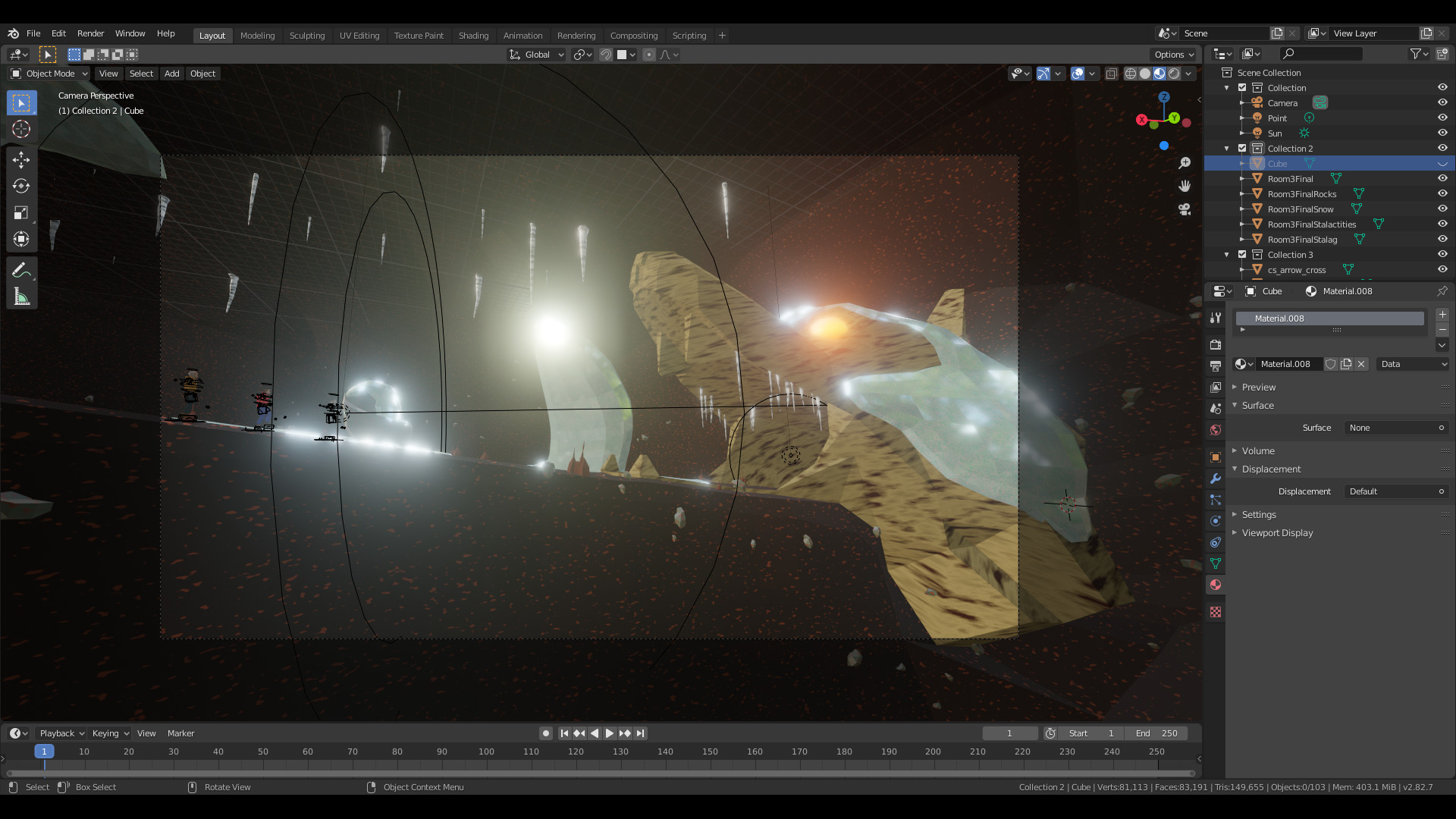 I started with the idea of developing a simple and very short adventure game, but during the execution phase, I found myself at a crossroads, and I decided to take the more complex route.
Developing this adventure I learned so much information and notions, that I would be disappointed settling for a trivial or rushed ending.
I'm aware of the fact that it will probably be a title without a lot of players, I decided to make the adventure longer, so that anyone willing to get to the end, will enjoy something original, with a nice and "complete" story arc.
That said, after finishing this second chapter I will start with a third, and that too will not be the end of the game, but the prelude to a fourth part. 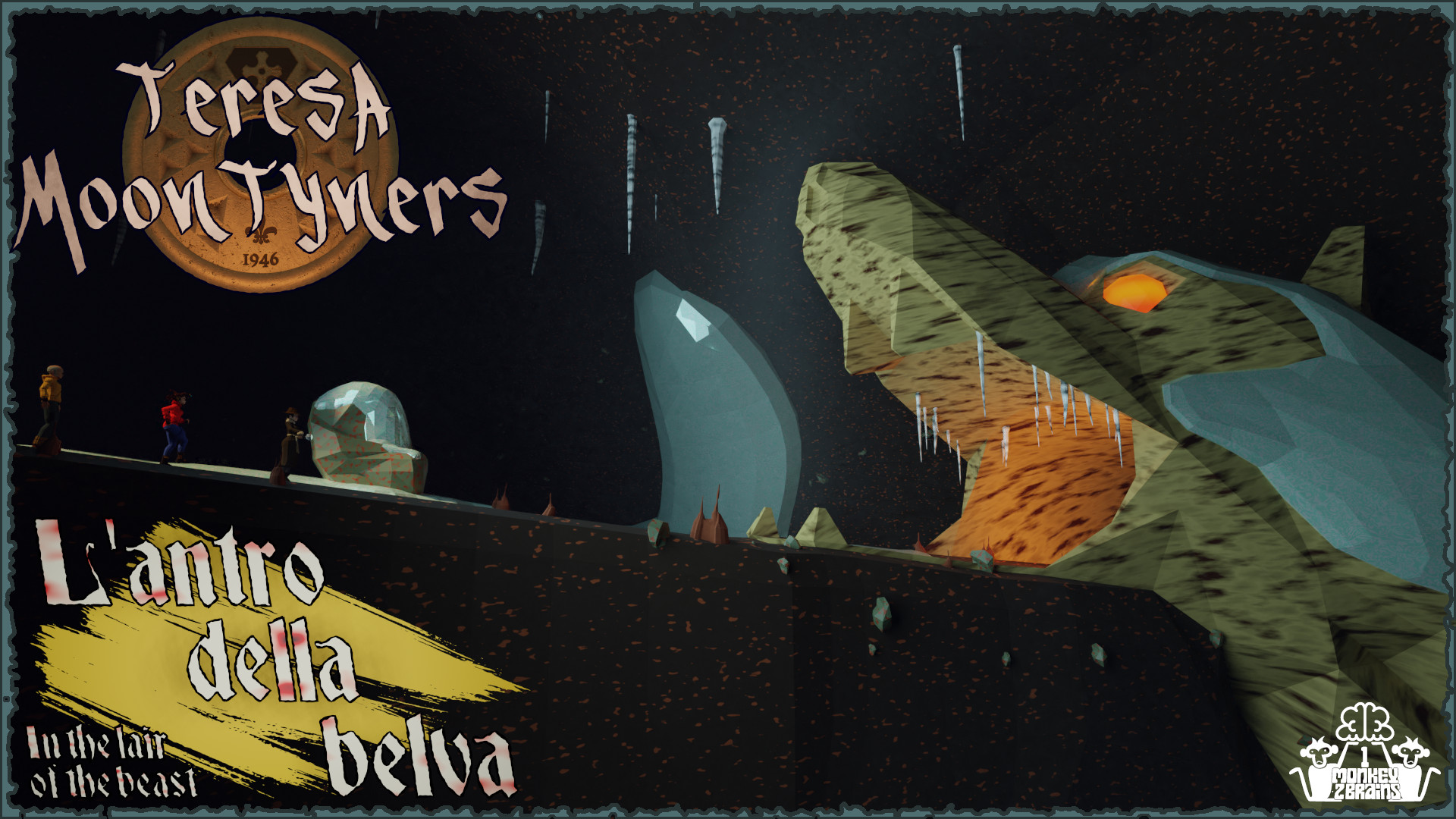