Post news RSS Empyrion has been Greenlit after only 19 days!

Empyrion has been Greenlit after only 19 days on Steam Greenlight with 73% (!!!) of Yes-votes.

Posted by EleonGameStudios on Nov 4th, 2014

We are very excited to announce that Empyrion - Galactic Survival has been Greenlit after only 19 days on Steam Greenlight! We would have never expected to get Greenlit so fast. Thank you so much for your support and the 73% (!!!) of Yes-votes.

You have provided us with great comments, suggestions and feedback that will be an inspiring source for the further development of Empyrion. 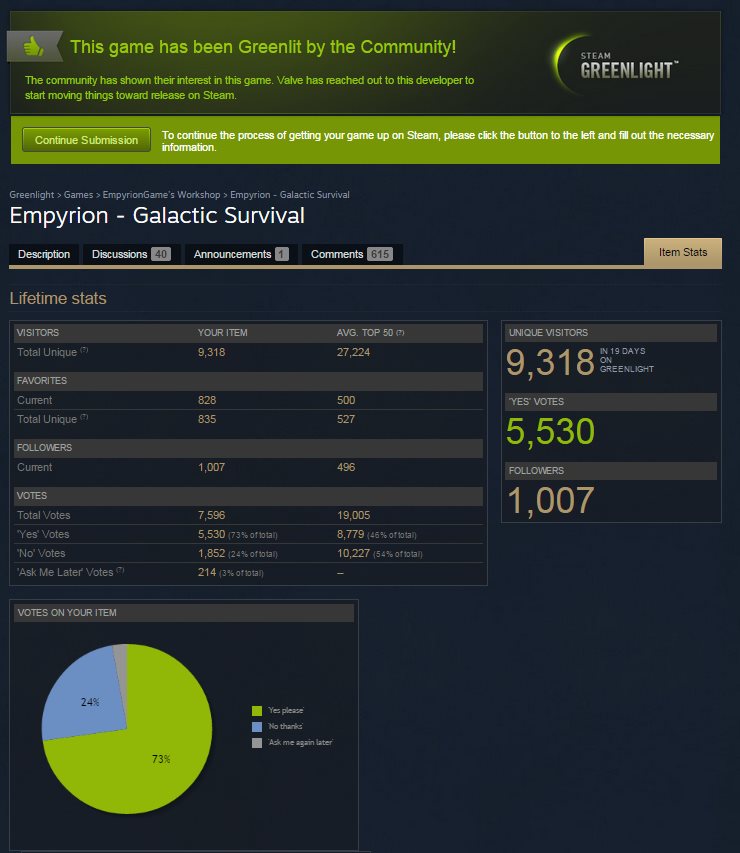 Hurry up if you want to get the limited EARLY BIRD special reward!!!


Thanks for reading and see you in Empyrion!