Post news RSS Empires in Ruins - Towers of the Empires

Being the towers the core element of Empires in Ruins, we deemed it right, now that we reached a good development point, to offer an overview on the towers available in game so far. And, as an additional unique treat...

Being the towers the core element of Empires in Ruins, we deemed it right, now that we reached a good development point, to offer an overview on the towers available in game so far. And, as an additional unique treat, as every tower can take damage and will destroyed, this article will disclose the damaged and destroyed state pics of each of them. 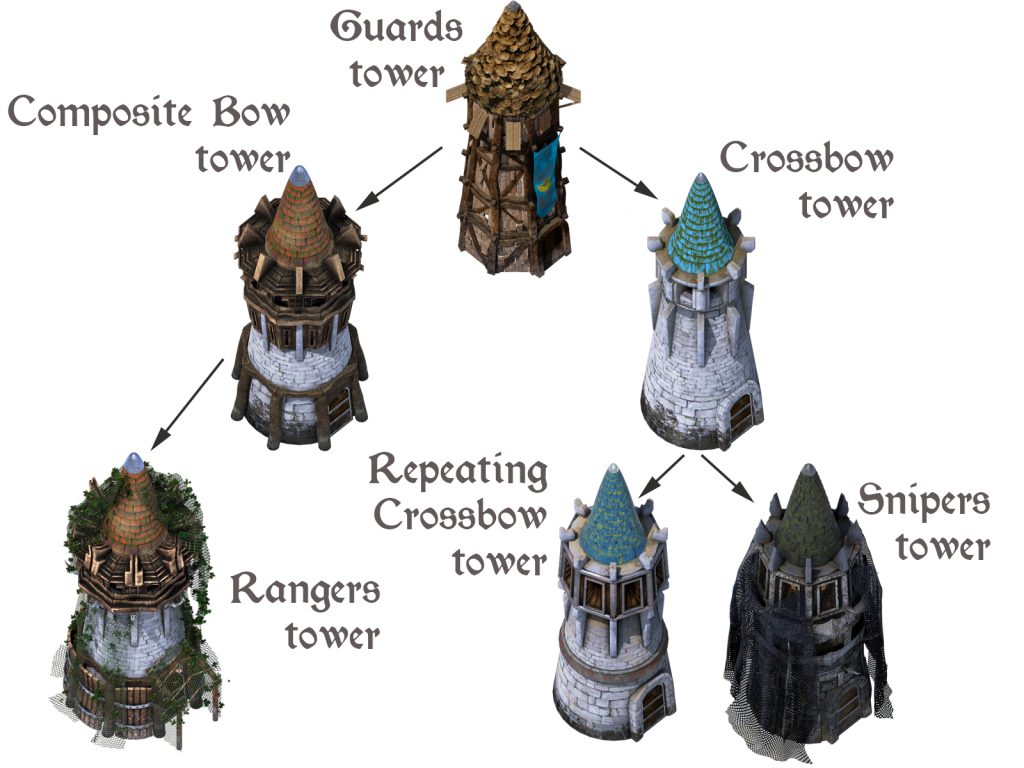 Quite inexpensive to build, the Scouts tower has no attack abilities but shows the path of the incoming enemies in its area of effect. Enemies whose path has been detected, will also be identified in type. Can be endowed with Nets and Caltrops.

The standard and faster to build of the archery towers is the foundation of the player's defenses. Although not increadibly resistent or strong, it is the root of the development tree for the archery towers. It has no special abilities, but can be evolved into Composite Bow or Crossbow Tower. 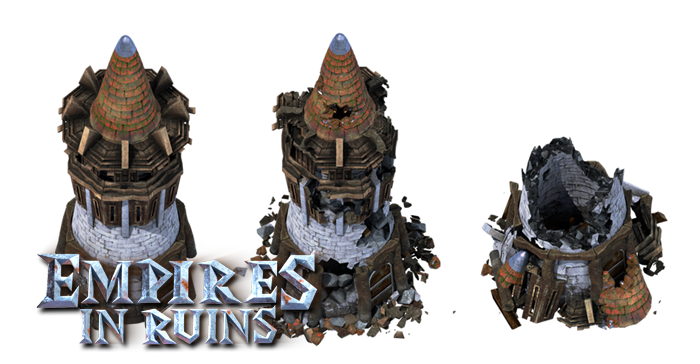 Only the tallest archers of Koth are selected to man these wood and stone built towers. With a good range and a relatively good firerate, the represent a versatile allrounder tower that can be further developed into Rangers Tower. Can be endowed with the following special abilities: Caltrops, Flaming Arrows and Dog Kennels 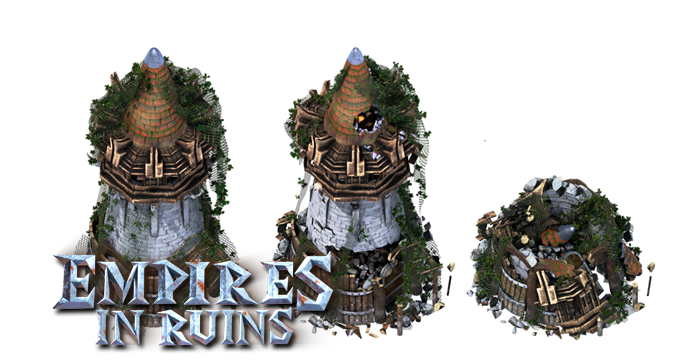 Hidden among the bushes and trees of the Kothian forests, these slender towers are the base for the Rangers corps. Taking advantage of the camouflage, the Rangers use their outstanding sniping skills to take down enemies on open ground or under cover with the same ease. Rangers towers also offer the same scouting ability of the Scouts towers, and can be endowed with the following special abilities: Caltrops, Flaming Arrows, Dog Kennels, Nets and Hunter.

If firerate is not the need and the player wants to take his focus towards penetration and high damage, then the Crossbow Tower is the ideal choice to make. Further developable in Repeating Crossbow and Sniper tower, the Crossbow Tower is slow in shooting but has a very good range and causes a high amount of damage. It can be equiped with the following skills: Poison Arrows, Boiling Oil, Iron Discipline. 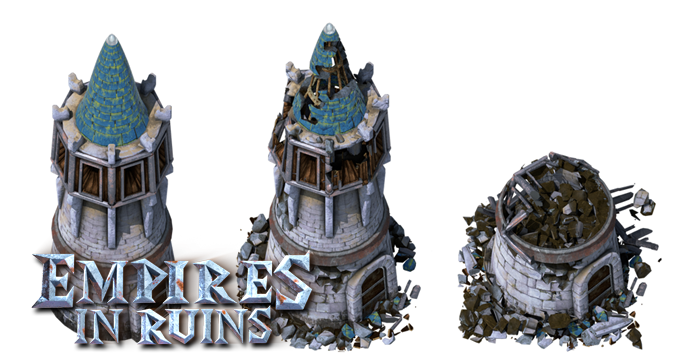 This is where things get serious. Equiped with repeating crossbow, these towers don't lack in anything: range, damage and firerate. Absolutely one of the best choice in order to organize a chokepoint in your defenses. Moreover, they can be endowed with the skills: Poison Arrows, Boiling Oil, Iron Discipline, Dog Kennels and Barrage Fire. 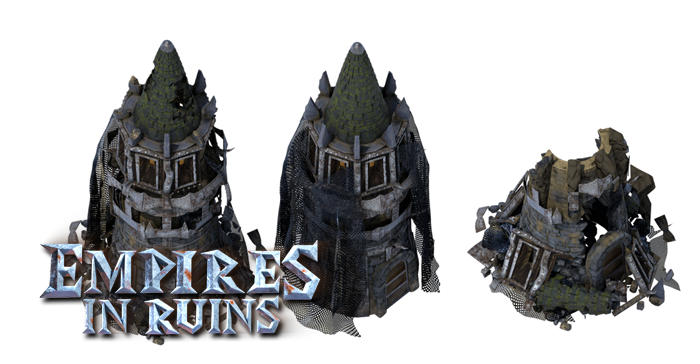 Even the look, so dark, covered with spikes and camouflage nets should warn about the deadliness of this tower. With a crazy long range, and the highest damage among the archery towers, it doesn't matter if this tower is slow. It will find you, and it will kill you. Additionally, it has, among the available pick of skills: Poison Arrows, Boiling Oil, Iron Discipline, Critical Hit and Cloud of Smoke. 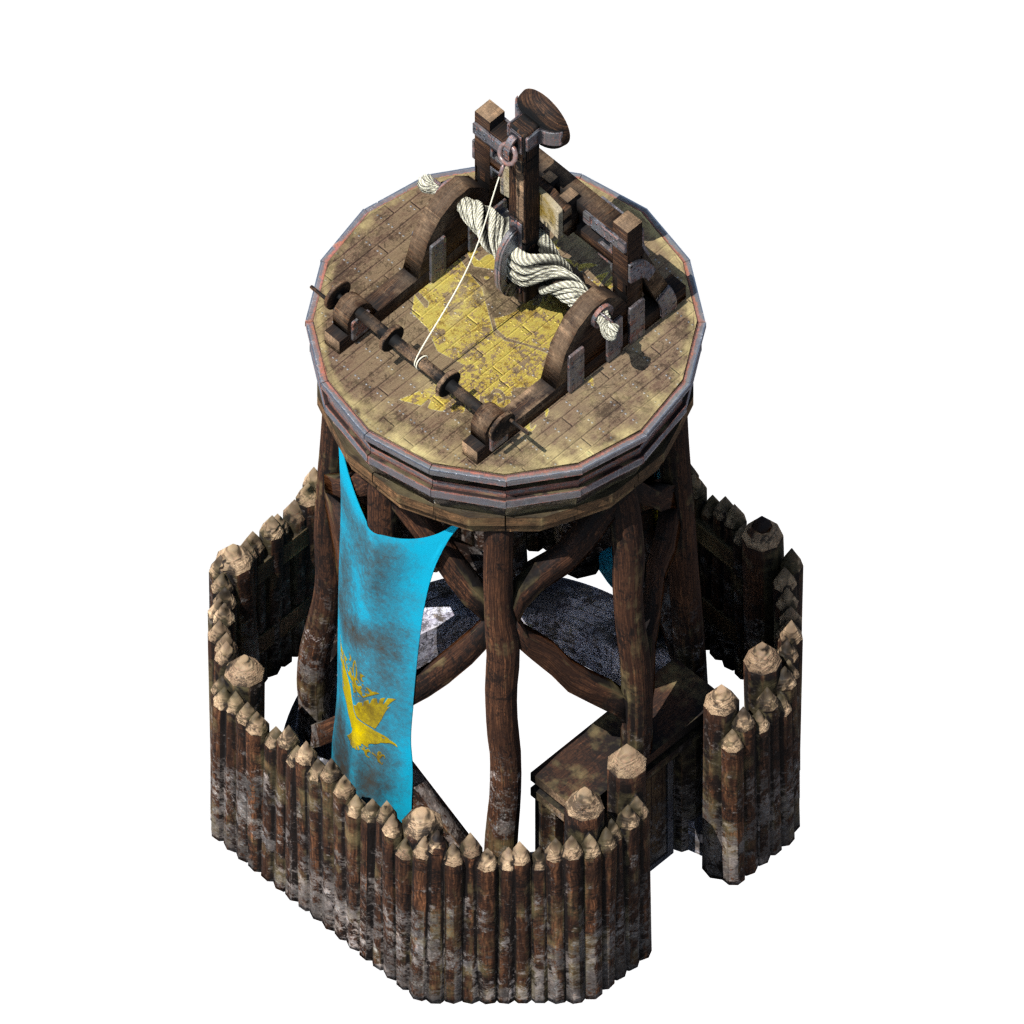 The first of the Artilleries, the catapult doesn't make of precision its strong point, but on the other hand doesn't even need to do it. Its projectiles cause heavy amounts of area damage that show no mercy with friends and foes caught in the impact. Can be endowed with three types of projectiles: Boulders, Flaming Barrels and Grapeshots. And yes, we also think that our George did a crazy good job in modeling all of them in Blender, destroying them, and rendering them as 2d Sprites to be used in game!