Post news RSS Empires in Ruins - Defenders of the path

Even though we stay quite true to the core of our TD-oriented mechanics, we couln't skip having units to deploy on path, it would have made everything feel "fake", so this is how we solved it...

Considering that we wanted to set a tone that while staying TD-oriented also blinked an eye towards RTS, and that even in terms of "semi-realistic" battles (justified in game by the fact that the main character is given some workers and old buildings to restore, but not many valid soldiers), we decided that having no troops deployed on the field at all, would have been probably quite bad.

Our choice fell therefore on two units, one of which is already fully implemented, and one of which is still in development, so without spoiling the second one (Guard hounds, there, I did it), let us get to the proud Koth Spearmen. 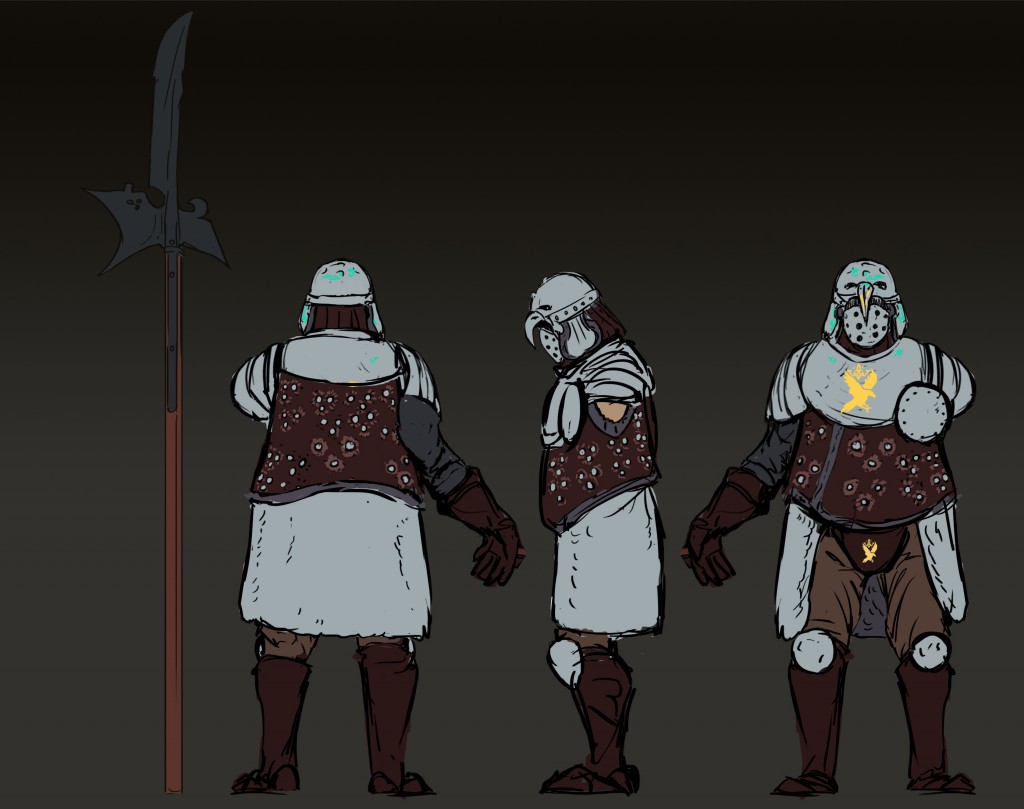 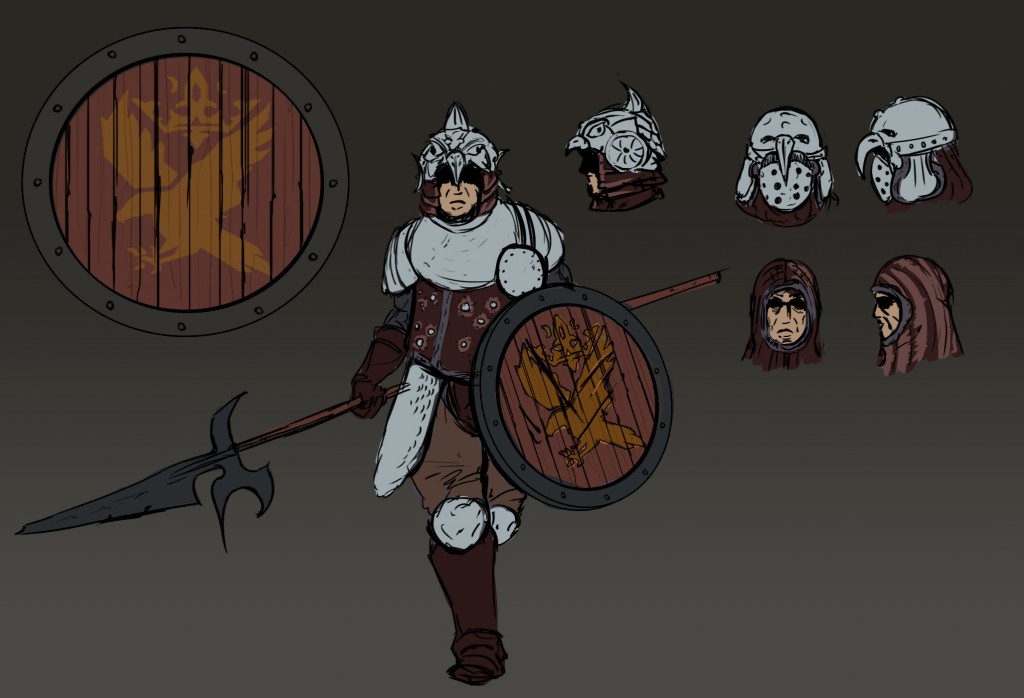 Lazy and out of training, these guys show it in their physical shape, being far more overweight than someone carrying an armor and a long spear all day long would be expected to be.

In game they can be deployed through the Barracks (of which the player can only build a limited amount) in the maximum number of three per barracks.

They can level up as long as they stay alive up to a level of 5, and that increases their hit point, damage and regeneration rate, so keep them alive and you might get some good soldiers out of those lazy fellas.

Each defender can engage up to 3 (non-flying) enemies in close combat, offering therefore a chance to your towers to snipe them with ease. Flying enemies on the other hand tend to be quite a pain in the neck for the defenders, as they have the bad habit of throwing bombs on them from above. If a ranged unit attacks the defender, he will move to engage, get rid of the enemy (hopefully) and go back to his occupied position.

So here we go with a little gallery of the guys in action! 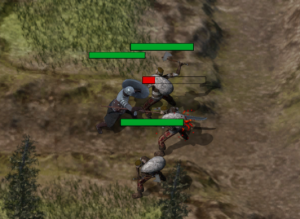 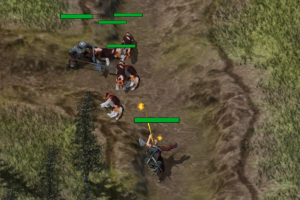 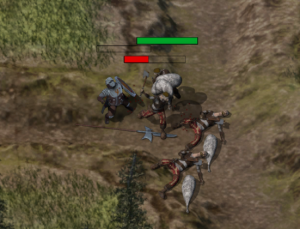 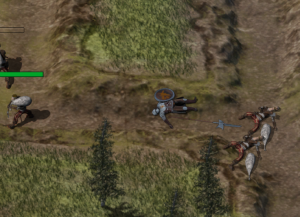 Cheers and to the next one!

They look awesome, sad they have the same lifebar color as the ennemies though !

Thanks angel! True, I didn't think about changing it to be honest, cause i was thinking that it "shows" the same thing both in enemies and defenders, and might look weird if having a different style. But indeed it might be given a try if some slight differences can help it!