Hello there everyone! It's time for another blog! Today we'll be going over the new factions in Aftermath.

Due to the wish to keep things mostly in-line with vanilla and trying to follow through with the time progression since we're trying to keep the amount of new factions low, however there are some cases where they are needed to fill a roleplay or gameplay niche. The two factions we'll be going over today are the Red Sails, a Bretonian based pirate faction and the Sons of Ymir, a Sigma / Omicron based unlawful group dedicated to going after the GMG and Corsairs.

First up, the Red Sails. This is an emergent pirate group whose sole focus is on making money. The reason we decided to add this faction is because story-wise most of the houses have been heavily damaged following the Rheinland War, and although Bretonia was mostly spared there would still be enough turmoil to allow for the existence of such a group. They are not wealthy or particularly powerful, but this decentralized group are oriented towards pure piracy. They also fill a gameplay niche, with most other houses having a faction or organization that is heavily involved in the pirate trade. This isn't the case with Bretonia as both the Molly and Gaian factions have political motivations for being unlawful. By adding the Red Sails we provide players a pirate avenue without any political association. 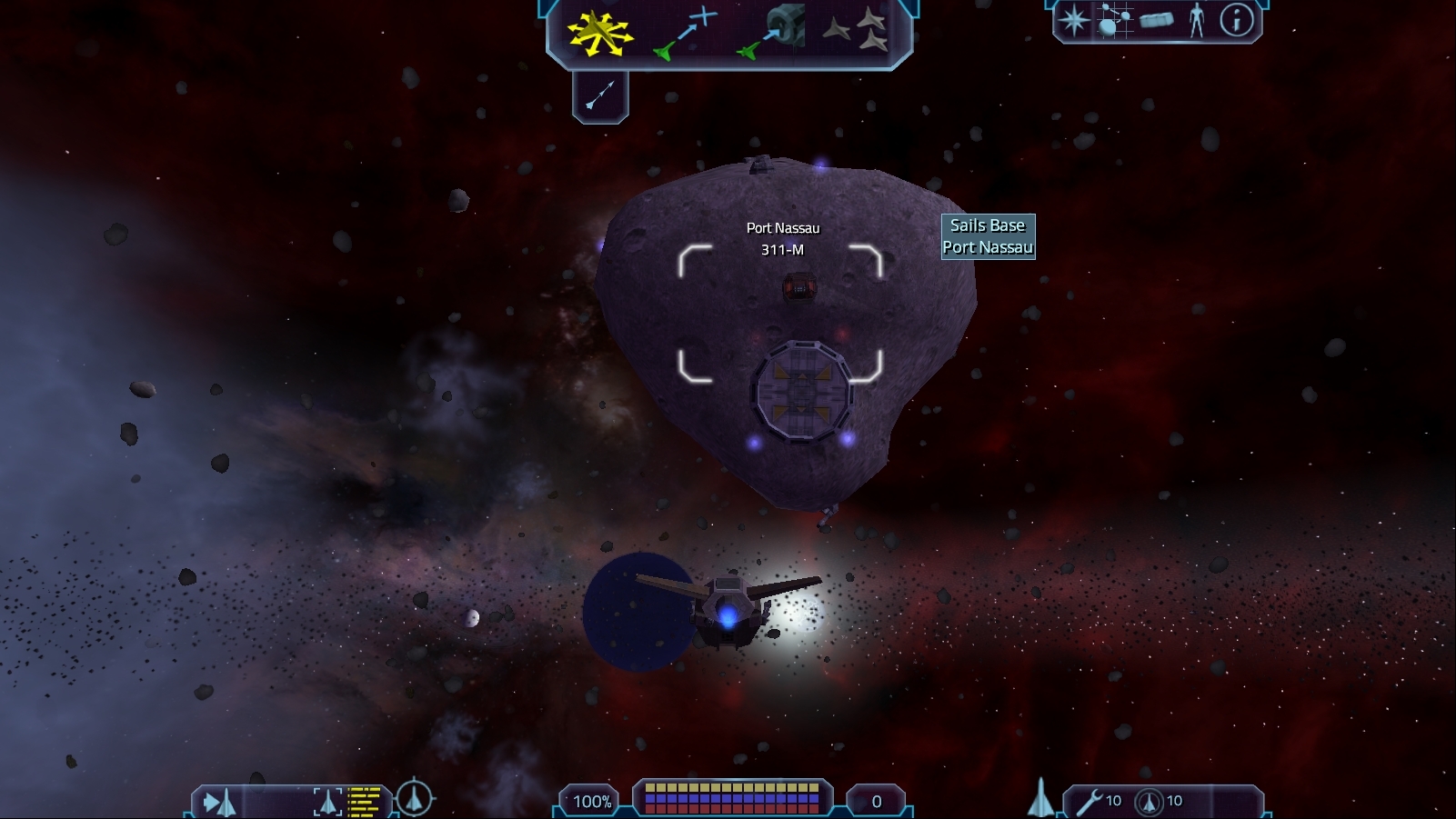 This is Port Nassau, an asteroid base belonging to the Red Sails. Given their background as simple pirates and thus lacking the civilian support of the Molly movement or the Gaians, the Red Sails are probably the least equipped Bretonian unlawful group. Unlike the other two groups though, the Red Sails are purely profit oriented and only tend to pick fights that they are sure they can win.

The Sons of Ymir

The second faction that we are adding is the Sons of Ymir, a loose group of Rheinland supported individuals who attack the Corsairs in an attempt to steal Artifacts from them. Due to the jump routes that need to be taken for this, along with the natural Rheinland bitterness lingering from the 80-year war, the GMG are also targets for the group. From the gameplay side of things, with Nomads and the Order being unplayable there aren't any Omicron / Sigma based unlawfuls aside from the Outcasts and the Corsairs. While we could add more life to the Omicrons by expanding the Corsair / Outcast presence there, these two factions already have a significant presence through the rest of Sirius. We won't be removing them from the Omicrons in any way, but we felt that a local faction might serve this purpose better. 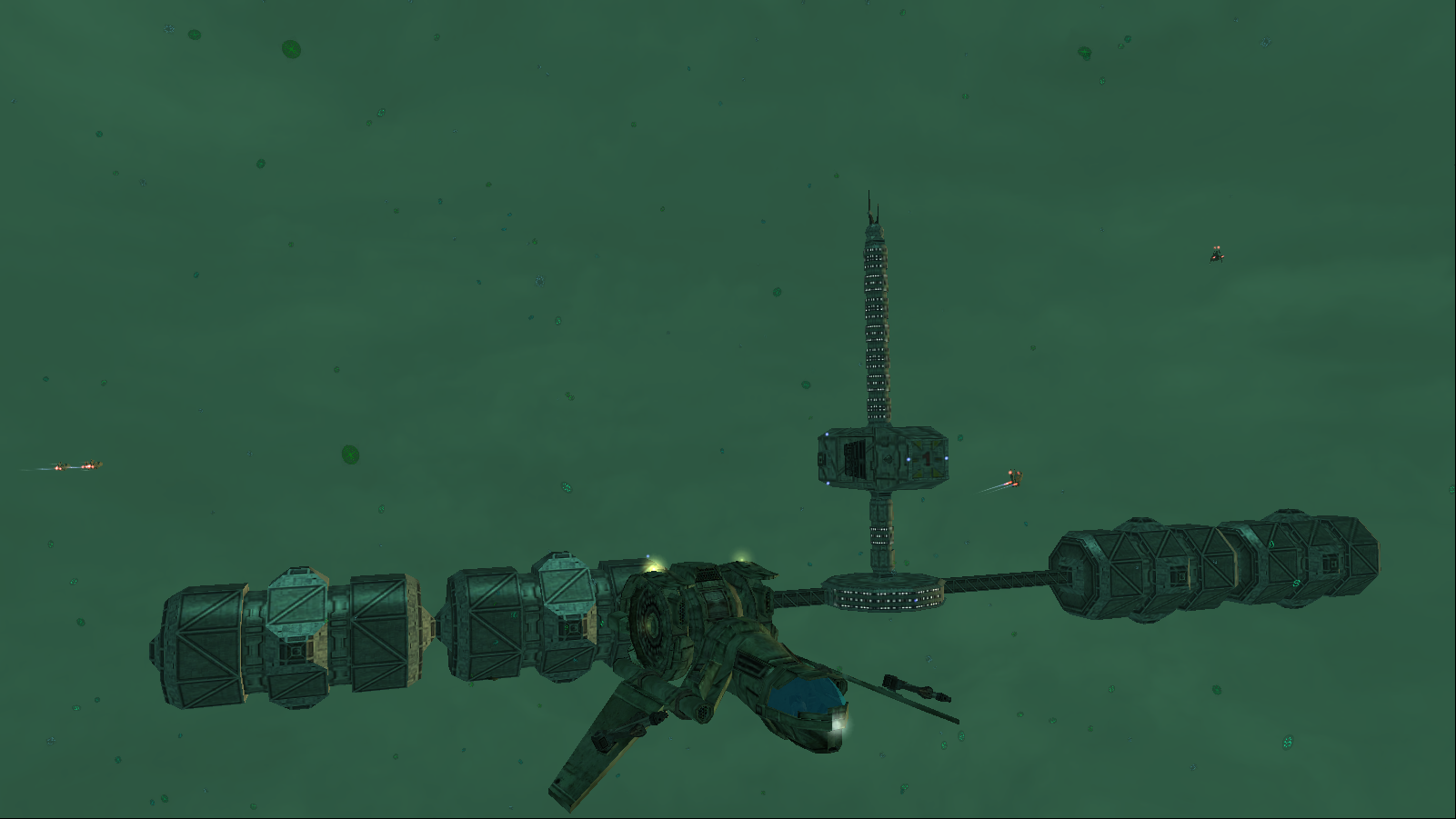 Pictured here is Aruba Station, one of the Ymir bases located in the Omicron Theta system. The faction presence will mostly be along the Sigma - Omicron route and focus on traffic in that area for piracy targets. The station itself will serve as a base of operations in the region for them as well as storing artifacts which are in high demand in Rheinland.

With the two new factions explained there is also a bit of new information regarding blogs. There has been a bit of radio silence on this front with real life getting in the way of things for a lot of people. We probably won't be getting back to a regular posting schedule anytime soon, but we'd like to put more posts out a bit more frequently!